Jill McCorkle’s novels are always worth the wait. That’s certainly true of “Hieroglyphics.” Few books are so honest and true to life, yet so ultimately uplifting.

When “Life After Life” was published in 2013, that was McCorkle’s first novel in 17 years. She’d made a splash in 1984 when Algonquin Books of Chapel Hill published her first two novels simultaneously. More novels followed, and readers enjoyed her blossoming talent. A Lumberton native and UNC-Chapel Hill alum, she quickly earned her spot high on the impressive list of contemporary North Carolina authors.

Then life intervened, and with it that 17-year span in which she wrote and published short stories, but no novel. She vowed when “Life After Life” appeared that she wouldn’t go that long between novels again, and she’s kept her word.

She’s also kept growing and maturing as a writer. From the start, McCorkle was obviously a gifted writer who could tell a good story rich with insights, warmth and characters who come alive.

Now she’s also mined all those years of living, and her more recent novels are further infused with a deeper understanding of the vagaries of life and death, and of the foibles of human beings.

“Hieroglyphics” tells the story of Frank and Lil, an older couple who have retired to the sandhills of North Carolina after spending most of their long married life in Boston. Their relationship was forged from their parallel sense of loss. When Frank was a young boy, his father died in a terrible accident. Lil had been a young girl when her mother died in an equally terrible disaster.

When Frank and Lil met, they each sensed in the other a rare sympathy for and understanding of what they’d been through. Suddenly robbed of a parent, both had grown up feeling somehow incomplete and vulnerable.

Now they are aware that they are approaching the ends of their own lives. Lil spends her time poring over the old letters, notes and journal entries she’s collected, determined to make sure her own two grown children know their family stories — even the stories that have been deliberately kept secret. As her discoveries take her meandering randomly through her life, we gradually come to know her story too.

Frank, meanwhile, is obsessed with a shabby house not far from the golf course community where they now live. That’s where he spent the second part of his childhood, after his mother abruptly wrenched him from his familiar New England surroundings and made a very different new life near where his father had died in a train wreck. Frank wonders what traces of that second phase of his childhood might linger at the little house, what understanding he might gain now that he’s mature.

But Shelley, a working single mom, lives in that house now, and she’s not happy about the old man who keeps coming by, hoping to look around. For Shelley, the past is generally best avoided, and family secrets are secret for good reason.

Then there’s Harvey, Shelley’s son, whose overactive imagination is filled with ghosts and monsters and villains that keep him even more on edge than usual. Shelley is nearing her wit’s end about how to cope with Harvey and keep her job as a court stenographer. All the things she hears when recording trials don’t help her anxieties, and Harvey unfortunately picks up on that. She doesn’t know if she can deal with one more call from a teacher about Harvey’s behavior problems.

Through these four characters, we discover clues to the past and present — “hieroglyphics,” if you will, bits of history and memories, sometimes clouded by time or emotion.

This is a book about family, relationships, what’s important in life. Without ever seeming heavy or preachy, McCorkle teaches us much about how we connect with others, how we make it through life’s tough times and what we leave behind that really matters. She’s a master of the art of weaving a story, through just the right details, nuances and anecdotes, for us to decipher as we read.

And that deciphering ultimately helps us learn more about those great mysteries: the human heart and soul.

This selection of books shares a common theme: What happens behind the curtain at companies that dominate the global financial and technology markets.

"I'm always looking for the potential mystery in things," said author Tana French, on the phone from her Dublin home. "I think that's what makes a mystery writer." Being a mystery writer has worked out pretty well for French, who's written eight acclaimed crime-fiction novels; seven of them New York Times bestsellers, and the eighth, "The Searcher," released Oct. 6. French didn't start out as ...

Review: What we got wrong in the fog of MAGA about the white working class

"The Riches of This Land: The Untold, True Story of America's Middle Class" by Jim Tankersley; PublicAffairs (320 pages, $28) ___ In July 1969, in a bar with a black and white television, Bob Thompson watched Apollo 11 land on the moon. One of 25,000 workers at a North American Rockwell aerospace plant, he had played a small part, spraying foam on the command module. Nursing a longneck Bud, ...

Spells and sanitizers at Harry Potter studio tour amid pandemic 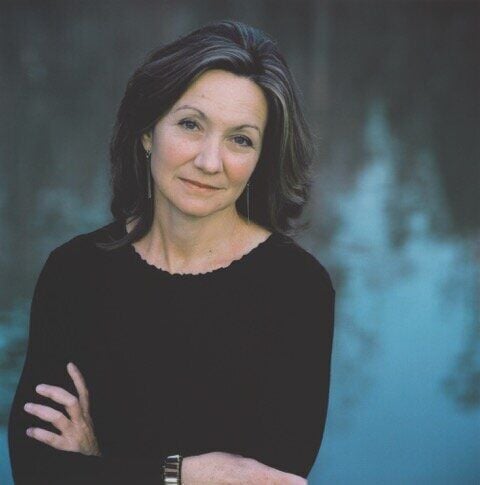