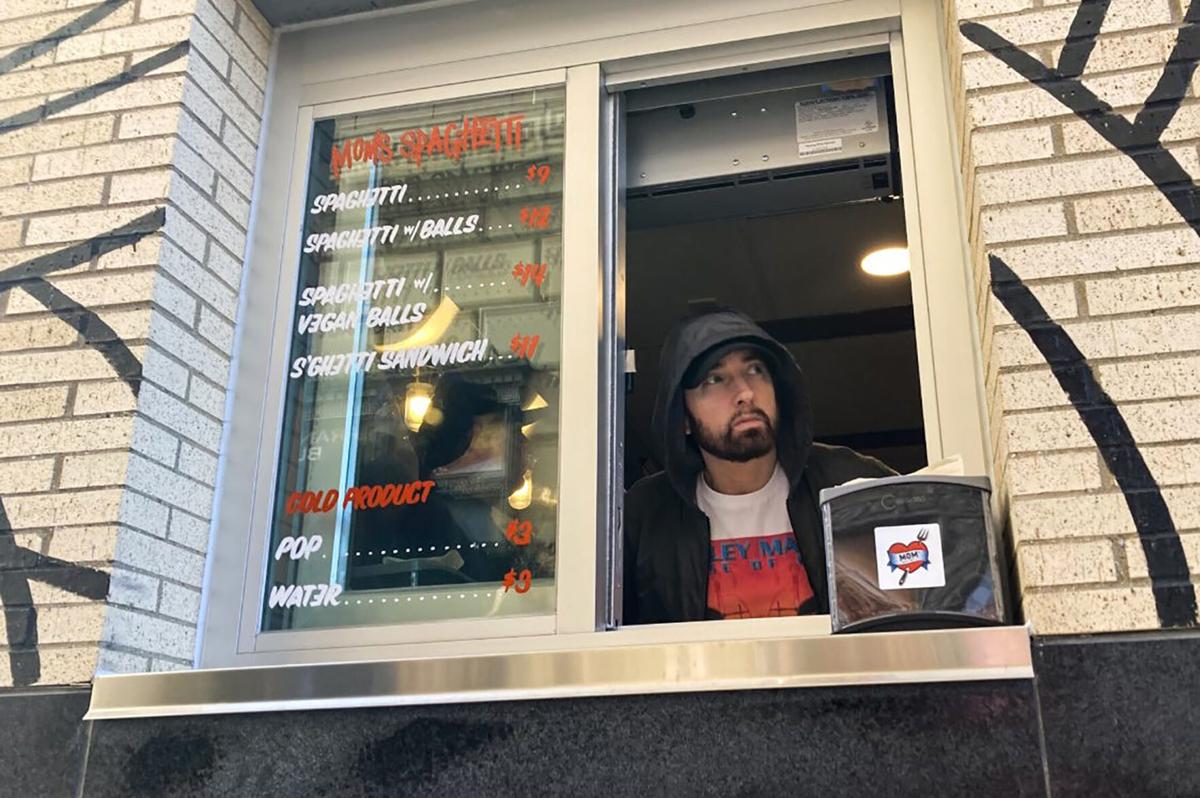 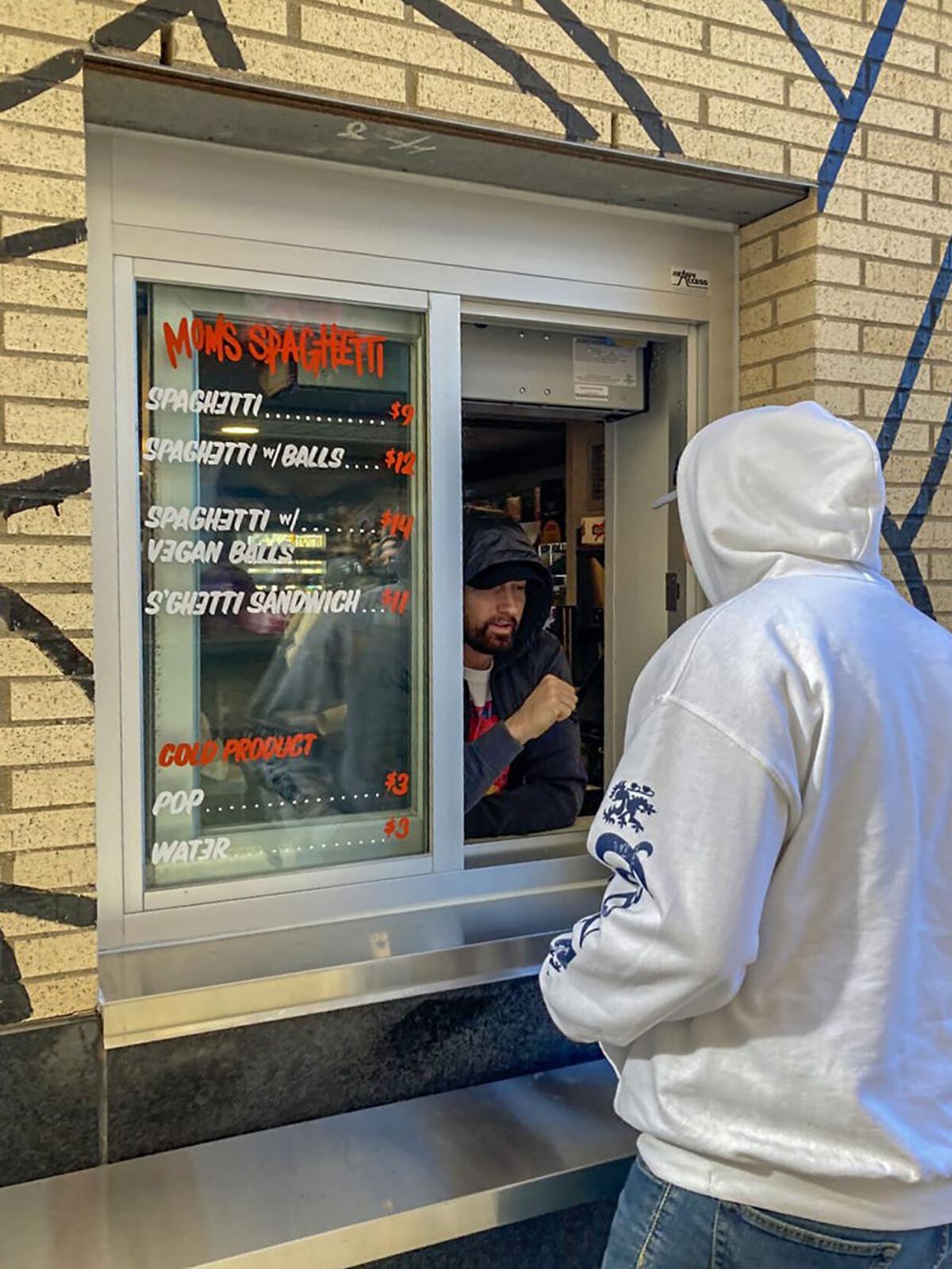 Eminem greets a patron at the window of Mom's Spaghetti on Wednesday, Sept. 29, 2021, in Detroit. (Brian McCollum/Detroit Free Press/TNS)

DETROIT — Hearty, filling and plenty. That's the first impression I had of a serving of spaghetti and meatballs from Mom's Spaghetti in downtown Detroit.

It's the new takeout spot inside the recently opened Union Assembly restaurant.

Mom's Spaghetti got plenty of media buzz when its walk-up window opened last week. All the buzz is because the small walk-up spot is a partnership between Detroit rapper Eminem and Union Joints restaurant group, owner of Union Assembly as well as several other suburban restaurants.

I sampled the spaghetti, served in a convenient takeout carton, the day the establishment opened. The pasta isn't swimming in or topped with sauce. Instead, it's lightly coated and is more like leftover pasta that has soaked up its sauce. And the flavor? A basic pasta sauce. No seasoning or ingredient really stands out.

At $14, the spaghetti was topped with five meatballs (it's $11 without the meatballs), which were average in size and flavor. There's also a vegan meatball option. Those are made with black beans, quinoa and sweet peppers.

The food was what I'd expect given the Mom's staff probably served hundreds of containers that evening. But here's the thing: Portions are generous. Though restaurant servings of pasta are often on the generous side, this container felt as if it weighed a pound. That's a lot of pasta. It was also served with a half-piece of buttered garlic Texas toast. A half-piece wasn't enough. I wanted a whole piece.

Mom's Spaghetti was kept well under wraps and only came to light through some TV commercials that aired several days ahead of the opening. Eminem made a surprise guest appearance. Hundreds of fans — Stans in Eminem speak — lined up on Woodward Avenue awaiting the opening.

Mom's Spaghetti, which surfaced as a pop-up several years ago, also features the Trailer above the pasta operation. The Trailer has Eminem memorabilia and merchandise as well as Mom's Spaghetti items like T-shirts, glass and coffee mugs for sale.

Demi Lovato thinks the term 'aliens' is 'derogatory' to extraterrestrials

Lovato explained that they do not believe that beings from another planet mean to harm humans.

Adele's new single, 'Easy On Me,' has finally dropped. So what's the verdict?

Reactions to Adele's new single are in. Listen to "Easy On Me" here.

Eminem greets a patron at the window of Mom's Spaghetti on Wednesday, Sept. 29, 2021, in Detroit. (Brian McCollum/Detroit Free Press/TNS)