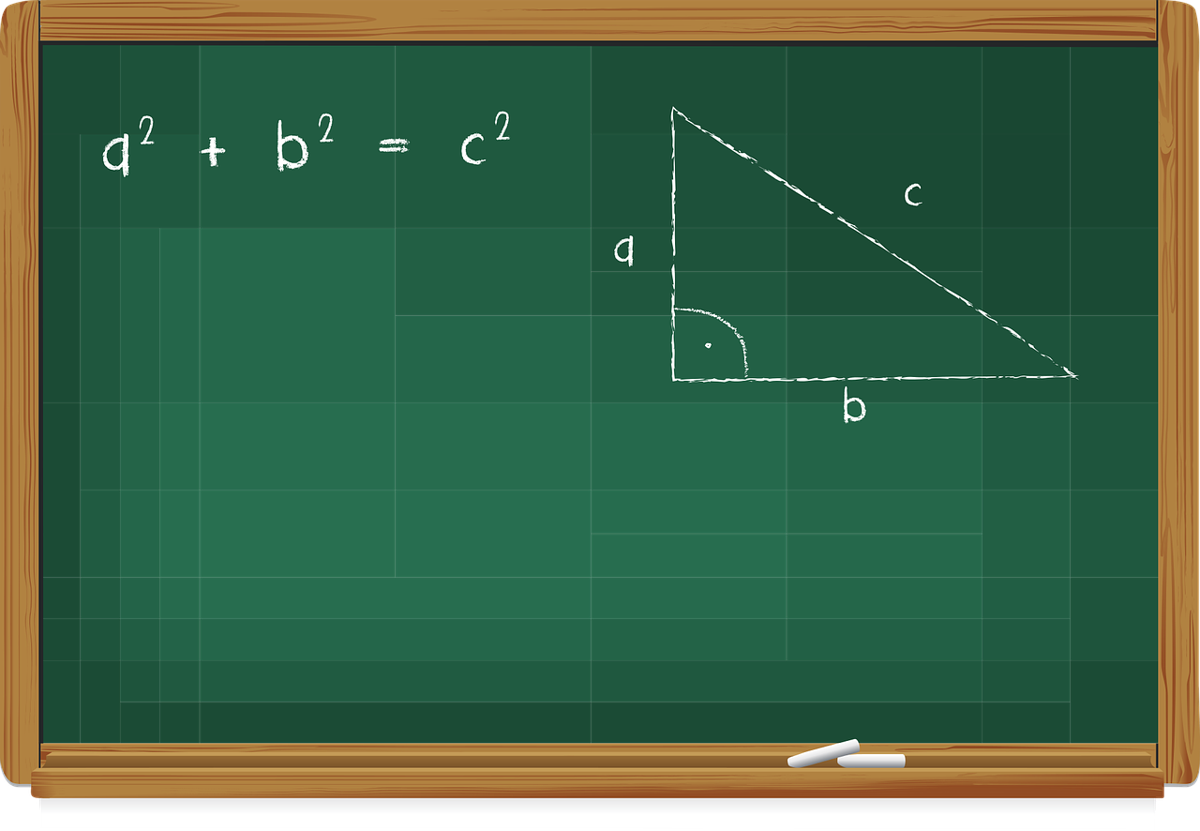 Math and geometry were not Robyn's favorite subjects in school, except for the people in the classes.

I used to sit in Algebra I class, and wonder, "When am I going to use this in the real world?" After all, I aspired to be a journalist -- or an advertising copywriter.

I took geometry in summer school, just to get it out of the way. While classmates studied the right angles of triangles, I studied students Scott and John. John was tall with piercing blue eyes, and Scott was full of personality.

In Algebra II, I met my friend, Margaret, who later became a bridesmaid in my wedding. This algebra teacher was so mean, that I believed that she rode a broom to and from school. When Mrs. Jones was absent one day, so was the broom, that usually relaxed in the right hand corner of the room.

In college, as a journalism major, I was not required to take math. But as a psychology major, I was faced with statistics.

My statistics class was led by a graduate school student, commonly referred to as "New York Judy." Judy had long hair and thick eyeglass lenses with large dark frames. This teaching assistant noticed that the coursework did not come easy to me. She did not allow me to leave the classroom until I completely understood everything that was presented. To me, this was a sign of a dedicated teacher. Thanks to Judy, I only had to take statistics once!

Several years have passed, and I have had no use for algebra or geometry.

Today, when I am with other writers, many empathize with me about my disinterest in math. We share our "war stories" on how we coped with mathematics in high school.

Robyn Lynne Benjamin is a freelance writer and photographer. She has enjoyed working with children and college students.

10,000 mink are dead in Covid-19 outbreaks at US fur farms after virus believed spread by humans

Thousands of mink have died at fur farms in Utah and Wisconsin after a series of coronavirus outbreaks.

Nothing says fall like pumpkins and hayrides. Even in a pandemic year like 2020, there are still ways to have fun safely.

COLUMN: Greg Olsen a star off the field too

Contact tracing is key to controlling Covid-19 at the White House (and everywhere else). But these steep hurdles stand in the way

Coronavirus has invaded what should be a fortress of safety -- and it keeps spreading inside and outside the White House.

Churches around the country will be ringing their bells following Sunday services on the first Sunday in November in honor of loved ones who have died. Many congregations will also join in this symphony of sound to recognize National Hospice Month.

Calming dog treats can help de-stress your dog but shouldn’t be used as an alternative to exercise, mental stimulation and training.

Hidden Home Risks That Send Insurance Through the Roof

When house hunting, the price of homeowners insurance probably isn’t top of mind. But homes with hidden risks can make getting coverage difficult, expensive or both. Learning how to identify…

Fact-checker calls the person who sent him a death threat

Sen. Cruz to Twitter CEO: Who the hell elected you?

Sen. Cruz to Twitter CEO: Who the hell elected you?

Rust in Peace: These cars leave the market in 2021

Rust in Peace: These cars leave the market in 2021

Math and geometry were not Robyn's favorite subjects in school, except for the people in the classes.