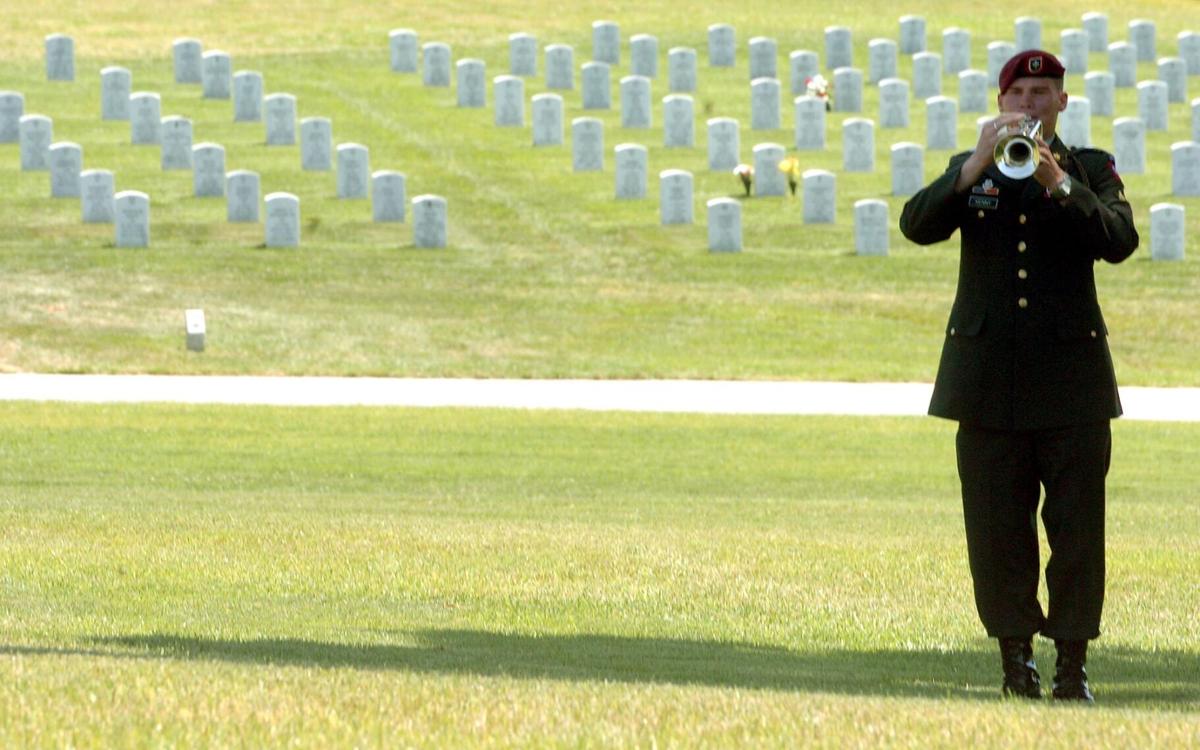 A bugler plays taps at the funeral for David Timmons Jr. at Salisbury National Cemetery in Salisbury in 2006. 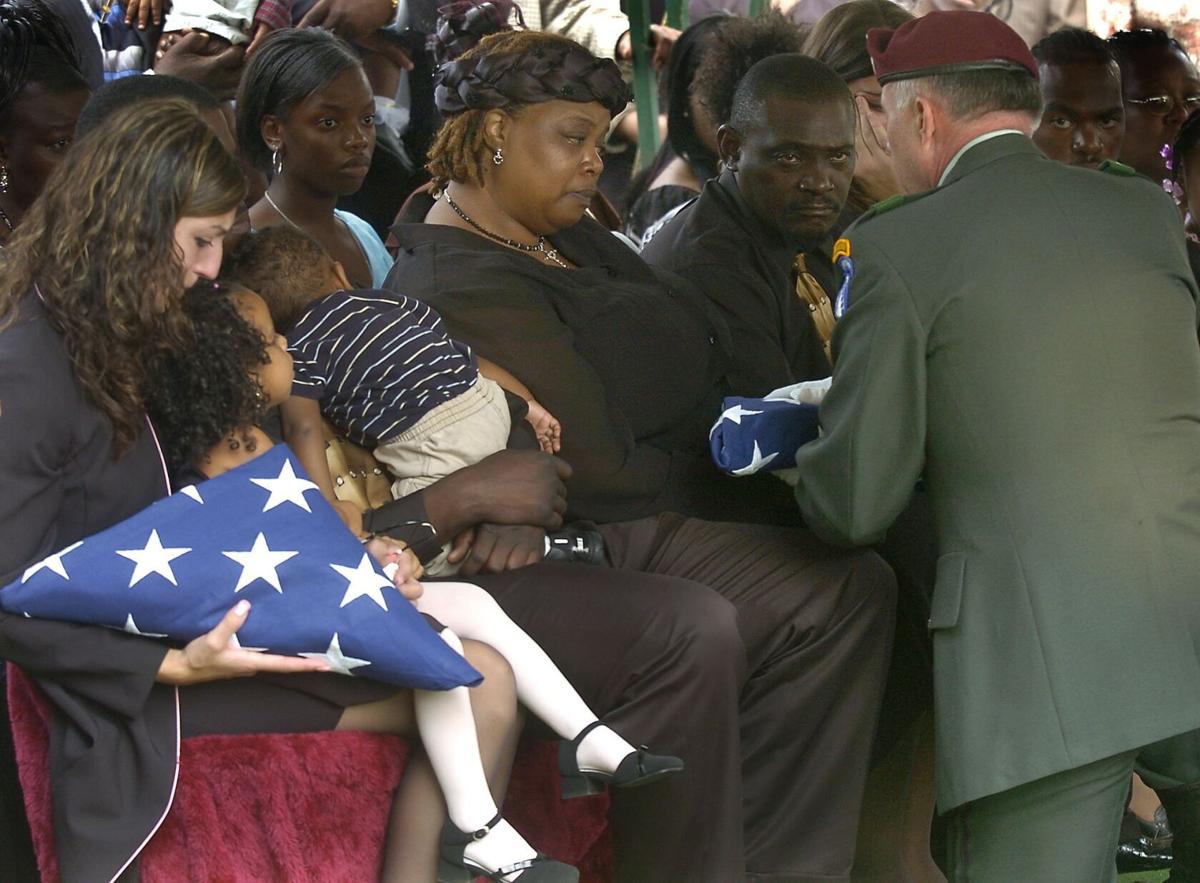 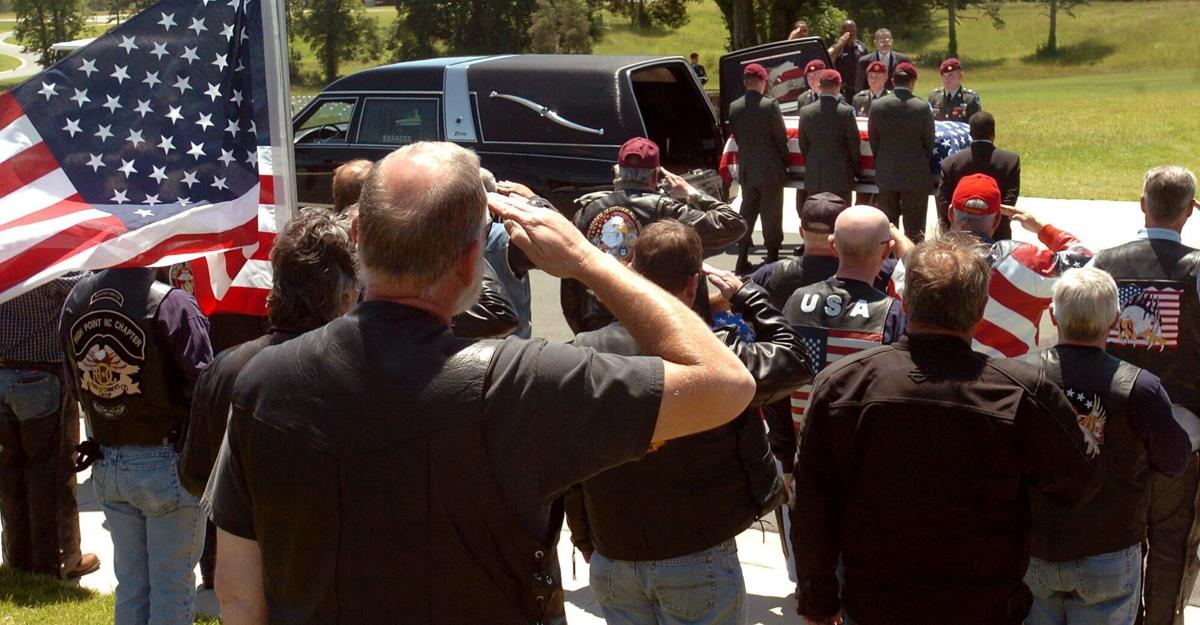 Spc. David Nelson Timmons Jr. was killed in action on May 5, 2006, in Kabul, Afghanistan, along with nine of his comrades in a helicopter crash. Timmons was buried at Salisbury National Cemetery in Salisbury. 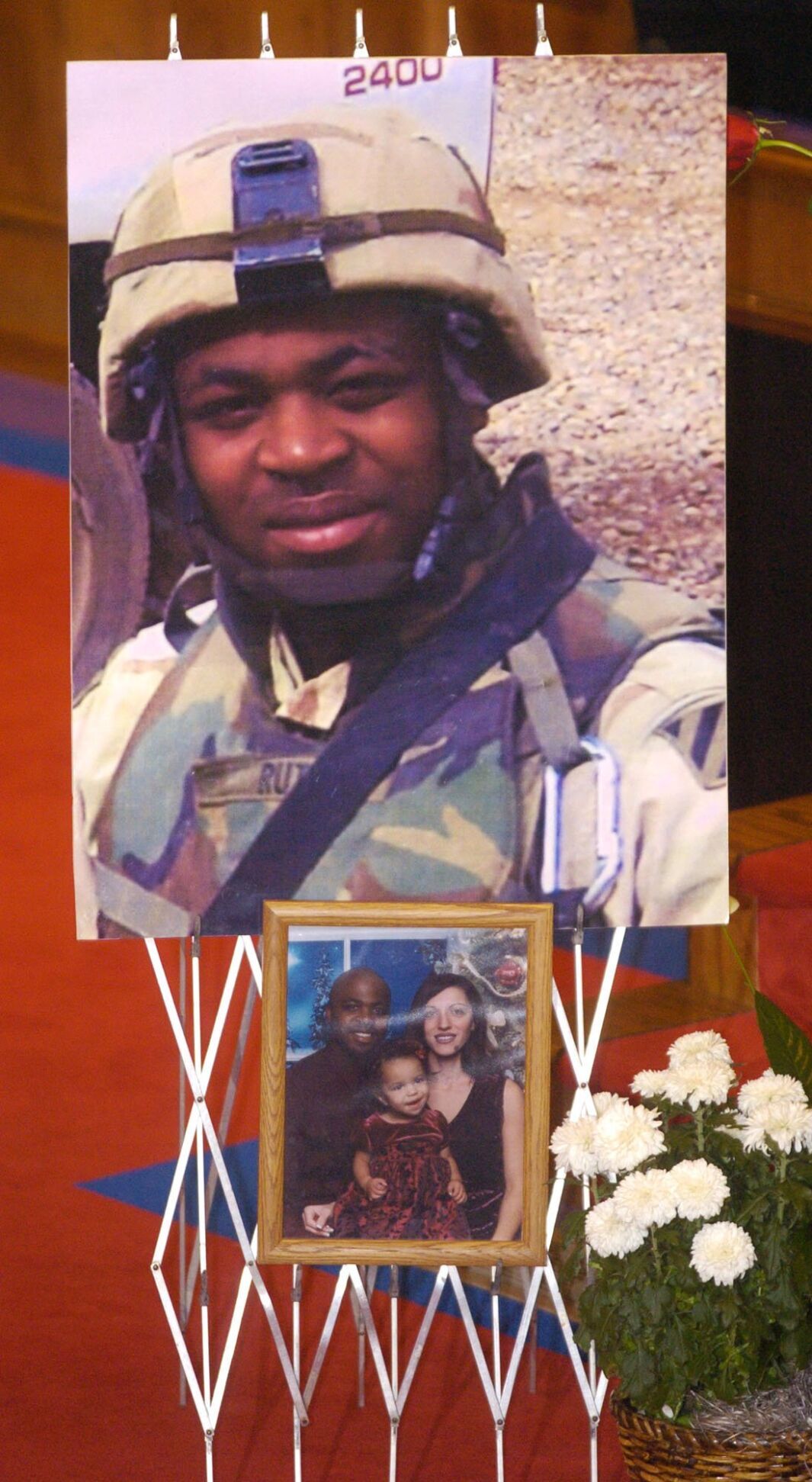 A portrait of Sgt. Monta Sherauz Ruth is shown at Christ Temple Church in Winston-Salem on Sept. 10, 2005.

Barbara Kluttz answered her cell on the third or fourth ring. Though out of the blue, the call wasn’t terribly surprising, either.

“Usually around this time every year I’ll get a slew of cards,” Kluttz said.

This time of year, of course, would be Memorial Day, a solemn holiday anointed by Congress to remember those Americans killed in war.

Some of the cards come from people she knows or has at least met. Others, though, are sent by strangers expressing condolences for the 2005 loss of her son, Monta Ruth, a sergeant in the U.S. Army who was killed while serving in Iraq.

And while those cards (and the odd phone call) can be reminders of the worst day of her life, the outreach serves another more uplifting purpose.

“The pain’s always there. It doesn’t go away,” Kluttz said. “(The cards) tell me that nobody has forgotten about him.”

Many Americans keep a name or two in their head (or hearts) that they think about each Memorial Day.

Maybe it’s a loved one, a grandparent, an uncle or a cousin who died long ago while serving in Korea or Vietnam. For veterans, it could be deeply personal — a buddy lost while serving together overseas. Or maybe it’s a neighborhood kid, a family friend, or a high school classmate of a son or daughter killed more recently in Afghanistan or Iraq.

Or maybe it’s a complete stranger, a young man (or woman) whose life and death, for whatever reason, sticks in the memory.

For me, the names include Sgt. Ruth and Army Spc. David Timmons Jr., two young men from Forsyth County whose names were engraved in 2006 on separate 3-foot granite memorial columns outside the Lawrence Joel Veterans Memorial Coliseum.

Ruth, a son, brother, husband and father of a young daughter, was killed Aug. 31, 2005, by an IED, an improvised explosive device of the sort that contributed heavily to the deaths of some 4,431 Americans in Iraq and the wounding of nearly 32,000 others.

An ROTC student in high school, Ruth signed on for active duty not long after graduation. He was trained as a combat engineer, served in the infantry and had risen to a position of responsibility in the Army, a sergeant and squad leader in charge of younger, less experienced soldiers.

“He was a great leader and a great friend,” said Spc. Edward Terrel at Ruth’s funeral in September 2005.

Obviously, Kluttz remembers that day. She remembers receiving a folded flag from another soldier on bent knee, a terrible initiation into a club no parent wishes to join — Gold Star mothers and fathers.

“He loved (the Army),” Kluttz said. “It was all he knew and what he wanted to be his whole life. But he never got a chance to live a normal life.”

David Nelson Timmons Jr., “JR” to his family, followed a different path into the service.

He was older when he volunteered. He graduated in 2001 from West Forsyth High, attended Forsyth Tech and worked a couple jobs before basic training in 2004.

In February 2006, Timmons was sent to Afghanistan with his unit for an expected 18-month deployment. He and nine comrades were killed in action three months later on May 5 in a helicopter crash. He was 23.

The following year, on Memorial Day, two new columns at the Coliseum were formally dedicated as the names of some 499 Forsyth County residents killed in war were read aloud.

For large swaths of the community, the Lawrence Joel Veterans Memorial Coliseum (and those 499 individual monuments aligned in precise rows outside) represent the city’s most visible tribute to those who served but didn’t make it home.

Its very name — Lawrence Joel received the Medal of Honor for his actions while serving as a medic in Vietnam — is sacred.

When the city sold the building to Wake Forest University in 2013, fears surfaced that the university might change (or sell) the name or alter in some way the stone markers.

Chief among those who worried were Spc. Timmons’ parents. “They just need to leave the memorials and plaques out there where they are,” said Cynthia Timmons just before the sale closed.

So far, thank God, those concerns have been unfounded. City officials wrote in a section to guarantee the monuments were cared for into a 40-page document listing terms and conditions of the deal. And the university has been a good steward, even looking at ways to enhance and preserve a precious community legacy.

Remembering the sacrifices made by Forsyth County residents matters, whether its attention paid to local monuments or a simple card, letter or phone call made to loved ones still grieving.

“I do pretty good until this time of year, his birthday or the day he died,” Kluttz said. “Then I fall apart. I don’t even have to look at a calendar. My body knows.”

That said, a Gold Star mom does take some small solace in knowing that the memory of her son lives.

David Timmons Sr. neatly summed up the sentiment in 2013 with words that still ring true.

“I don’t want anybody to forget how expensive freedom is,” he said. “Not just on Memorial Day, but every day. God forbid we ever had to add another name.”

A bugler plays taps at the funeral for David Timmons Jr. at Salisbury National Cemetery in Salisbury in 2006.

Spc. David Nelson Timmons Jr. was killed in action on May 5, 2006, in Kabul, Afghanistan, along with nine of his comrades in a helicopter crash. Timmons was buried at Salisbury National Cemetery in Salisbury.

A portrait of Sgt. Monta Sherauz Ruth is shown at Christ Temple Church in Winston-Salem on Sept. 10, 2005. 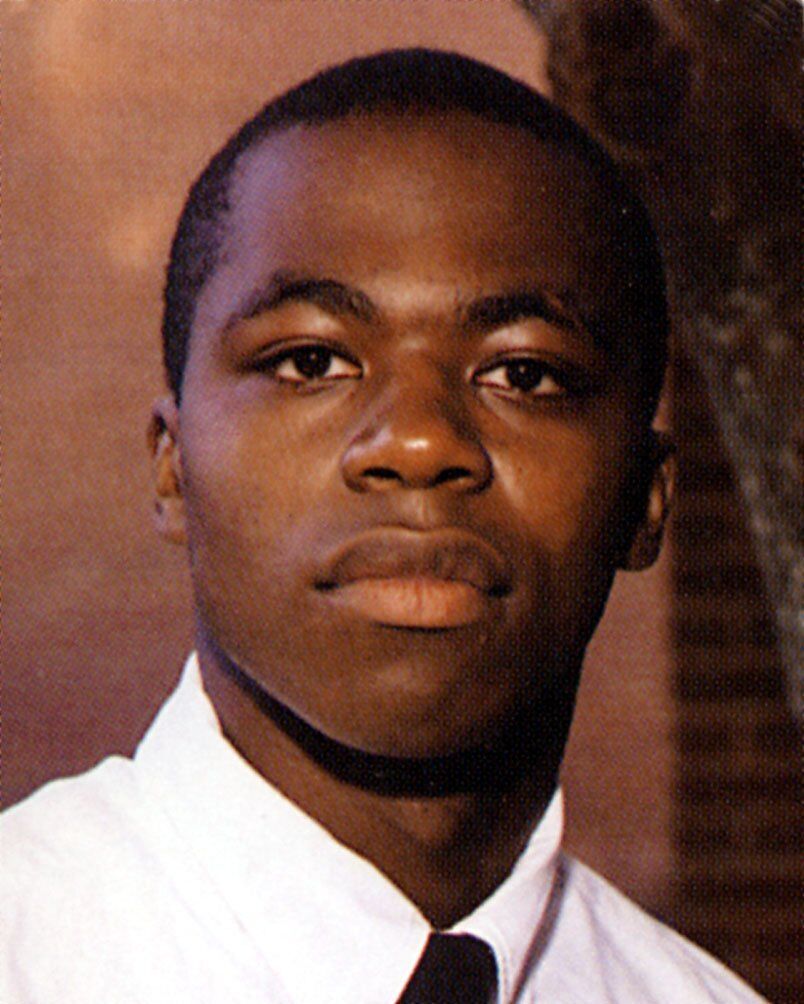 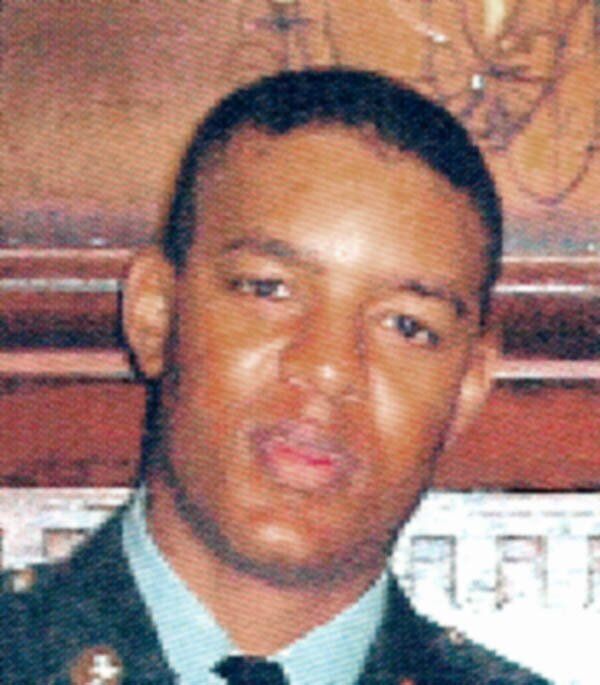