That’s how far away the Concord Academy boys basketball team was from an exhilarating comeback – one that included a mind-numbing 11-0 hole to start the game, unexplained mishaps, and a surprising sub-par scoring night from one of the county’s best players.

Yet here the Eagles were: 8.6 seconds left and nursing a one-point lead as Asheville Christian Academy was inbounding the ball from the sideline. Only one more defensive stand was needed.

The Lions got the ball into the hands of Division I prospect Collin Mills, who dribbled around the top before going hard to the left for a layup as the seconds dwindled from the clock. Mills put up an off-balance, right-handed shot that caromed hard off the backboard, and it momentarily appeared the Eagles had survived another day to defend their state championship.

But in an instant, the long arms of 6-foot-9 Lion De’Ante Green emerged from the crowd, reached back and threw the ball off the glass and into the rim just before the buzzer sounded.

And just like that, the Eagles’ hopes for a repeat were gone.

Asheville Christian regained the lead, taking a dramatic 52-51 road victory over Concord Academy Friday in the second round of the N.C. Independent Schools Athletic Association 3A playoffs.

The low-seeded Lions (9-16) move on to the state semifinals, where they’ll face High Point Christian next week. The Eagles, who were a highly favored No. 1 seed, end their season at 21-8.

Concord Academy’s offense was at a major loss of firepower because its top player – Trae Benham, who was averaging 20 points per game and scored his 2,000th career point last week – finished with a season-low three points.

Green, a highly rated major-college recruit who’ll have his pick of colleges, had a monster night, as the junior forward scored a game-high 20 points while grabbing rebounds and blocking and altering shots throughout the night.

And, of course, his late tip-in kept the Eagles home for the rest of the season.

“But really, this game shouldn’t have come down to the buzzer. I don’t feel like we really showed up until the second half. It’s unfortunate. With the fight that these guys have shown all season and the resilience to get through everything with our three (COVID-19) quarantines, at this stage, I just felt like we were more prepared for this game than we were.

“But when it comes down to it, they had the best player on the floor – that kid’s good, man,” Cantadore said of Green. “There’s a reason he’s gotten ACC and SEC offers. And in the timeout, our only thing was, ‘Stay in front of your man and box out the big guy.’ And we didn’t box him out, and they got the tip.”

Green was having his way early, putting up 10 first-quarter points to help the Lions build their 11-0 lead over the first four minutes of the game. Concord Academy didn’t get on the board until Tucker Johnson took a pass from Tyler Fearne (12 points) from the top of the key and dunked with 2 minutes, 55 seconds remaining in the quarter.

Concord Academy finally warmed up a little, but so did Mills, who began swishing 3-pointers from the corner, and the Lions took a 28-19 lead into halftime.

The Eagles finally began to make a move in the fourth quarter, and the charge was led by reserve senior KJ Perry, who opened the period with three consecutive high-arching 3-pointers, with the last one banking in as he fell to the hardwood to tie the game, 43-43, with 5:21 left.

“KJ Perry came in and hit some huge 3’s,” Cantadore said. “We needed that spark. He’s a senior. He’s had games where he doesn’t play a lot of minutes, but I’m so proud of KJ because he gave a lot of fire to us. Even when he wasn’t playing in the first half, he was the guy in the locker room at halftime yelling and screaming and cheering on these guys. Really, his energy is what willed those 3’s in.

“It’s unfortunate that some of our other guys didn’t show that energy. I feel like if we all did, it would have been a different outcome.”

On the night, Perry sank five 3-pointers and finished with a career-high 17 points.

After Perry’s personal 9-0 run in the final quarter, the teams went back and forth, and Eagles senior guard Javian Cannady (11 points) began to take over. In fact, it was the cat-quick Cannady who lowered his head and drove to the hoop for a layup to put Concord Academy ahead, 51-50, with just 22 seconds remaining.

The Lions tried to hurry the ball down the floor and answer, but the ball came loose and a mad scramble ensued. Referees awarded the ball to Asheville Christian on the side with the clock showing 8.6 seconds.

After a timeout, the play of the game took place.

Green – who has offers from schools such as North Carolina, Kansas, Gonzaga, Florida State, Louisville, Tennessee and Baylor (to name a few) – positioned himself inside as his teammate dribbled toward the hoop.

When the 6-4 Benham, who’d been defending Green, had to peel off slightly to lunge toward Mills’ shot attempt, it created an inkling of space inside for the athletic big man.

“Coach (Andy Ray) drew up a play for Collin Mills to come off the double screen, and he missed,” Green explained. “The ball came right back to me, so I caught it with one hand and just threw it in.”

The Eagles were able to call time out with 1.3 seconds left, but Asheville Christian intercepted their long pass attempt at midcourt to end the night.

“After that, honestly, I don’t remember what happened,” Green said. “It all happened so fast. I have no words.”

A number of Asheville Christian fans made the trip to Concord Friday night and were quite vocal during the game, which seemed to give the Lions energy and enthusiasm in the Eagles’ small gym.

“This was big because when I transferred to AC in December, we were 1-10, so we had always been the underdog in every single game,” Green said. “And we came in here the fifth or sixth seed, and (the Eagles) were the No. 1 seed. So on paper, we were supposed to lose bad. But we came out and played harder than they did.”

As he stood in a hallway and leaned against a wall late Friday night, a pensive Cantadore took inventory of a season that indeed included the lows of three COVID-19 quarantines, which caused the Eagles to miss more than 40 days of action, and the highs of winning a holiday tournament in Tennessee and a third straight conference tournament championship.

“I am proud of the way our guys fought,” Cantadore said. “They fought hard to come back. (The Lions are) a very good team, and I wish them the best. But it’s tough for my seniors. I feel bad for them. But we’ve got to show up for four quarters in the state tournament.

“It’s tough (not being able to have another chance to repeat). I thought we’d have a shot at it. And to lose like this, at the buzzer, is tough.”

A Mason Grace: Bulldog got chance to return home, make his family proud in one special night

CONCORD — As the ball was in flight, Bryson Mason knew it was his.

A local artist hopes her recent sculpture, made from repurposed mill glass, will get Concord talking about public art. 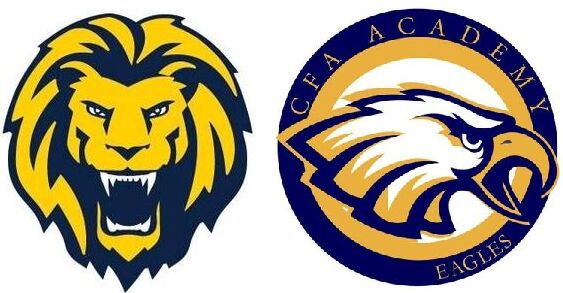 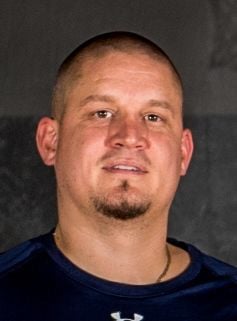