CONCORD – A lot has been said and written about the Central Cabarrus High boys basketball team over the last couple years.

Its energetic, selfless, and up-tempo style of play has led to a large collection of lopsided victories, back-to-back conference championships, and a trip to the Class 3A state semifinals last season.

But maybe there’s one thing you don’t often hear about this dynamic bunch of athletes.

Boy, can they clear out a room.

Playing in the annual early-season CabCo Classic tournament Friday, Cox Mill High’s bleachers were nearly filled at the start of the Chargers’ home game against Central Cabarrus, the final of six games that capped the evening with a 9:30 p.m. start. By halftime, however, about three-quarters of the crowd headed for the doors, either weary of the day’s six-game slate of basketball or disappointed that the outcome of the much-anticipated Cabarrus County matchup had already been all but settled.

Central Cabarrus won going away, 94-50, and the Vikings (4-0 overall) had more than doubled their counterpart’s first-half scoring production, taking a 57-26 advantage into halftime. And when senior guard Jaiden Thompson’s offensive outburst led his team’s knockout punch early in the third quarter, Central Cabarrus induced a running clock over the game’s final 12 minutes on Thompson’s 11th and 12th points of the period.

Cox Mill (2-3) has been one of the county’s premier programs over the last 10 years, but the Chargers and Vikings have not played each other since the 2020-21 season. Some bystanders felt the undefeated run Central Cabarrus had deep into last year’s state playoffs was tarnished with a lack of tough competition on its schedule.

“It was exciting playing Cox Mill,” said Thompson, who filled up the stat sheet Friday with 16 points, nine steals, five assists, and five rebounds: all team-highs. “There was a lot of talk going around that we might lose, that there might be an upset. So we just had to come out and make a statement.”

Central Cabarrus’ recent success and reputation for its style of play usually draws large crowds, as it did at Cox Mill. Forcing a slew of turnovers and procuring them into easy baskets at the game’s onset quieted the Cox Mill crowd.

Decimated by early-season injuries and illnesses, the Chargers fell behind 17-4 over the first four-and-a-half minutes and never fully recovered. Cox Mill finished the first quarter strongly, but Central Cabarrus opened the second period with a 22-4 run that led to a 47-17 lead.

“I was looking for effort and looking for guys that wanted to be selfless and do it together,” said Cox Mill coach Ty Johnson. “We weren’t looking to get (Central Cabarrus) out of anything they did.”

Each of the four quarters could have been named after a Central Cabarrus player. Junior guard Chase Daniel scored nine of his 14 points in the first quarter and added two steals and two assists.

Senior swingman Gavin Bullock tallied eight of his 12 points in the second quarter and assisted on three of his teammates’ baskets. Thompson’s breakout third period started with his three-point play and included a traditional 3-point shot.

After the game was out of control, junior forward D.J. Kent emerged in the final period. He scored nine of his 11 points in the quarter and grabbed a couple rebounds.

You can refer to them as Cabarrus County’s Final 5.

MOUNT ULLA – Make that three in a row.

US downs Chinese balloon over ocean, moves to recover debris

The U.S. downed a suspected Chinese spy balloon off the Carolina coast after it traversed sensitive military sites across North America and be… 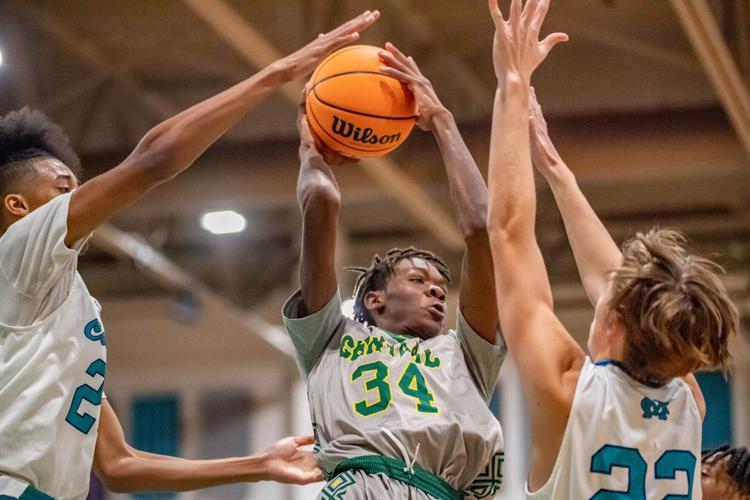 DJ Kent (34) gets the rebound during Central Cabarrus' win over Cox Mill. 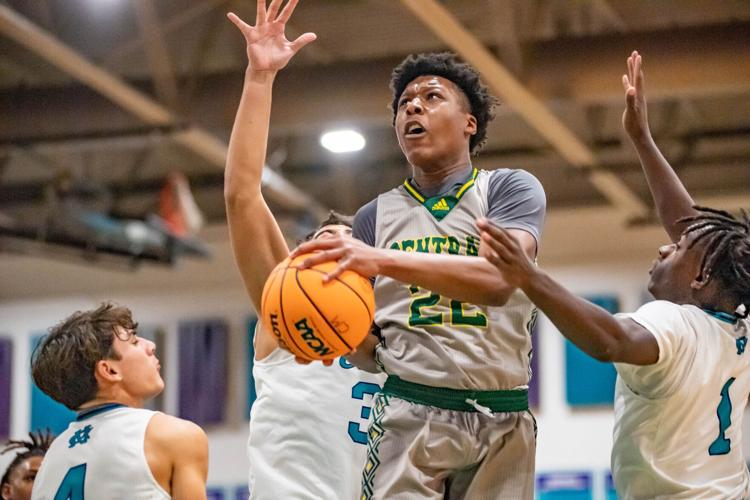 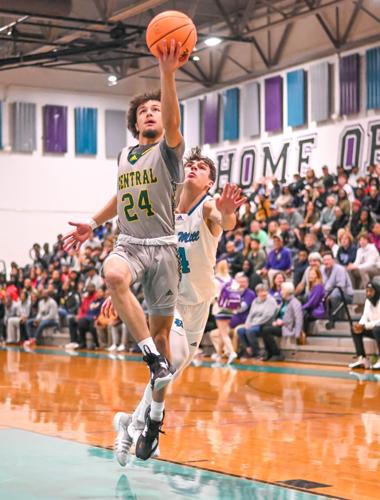 Carson Daniel (24) with the layup. 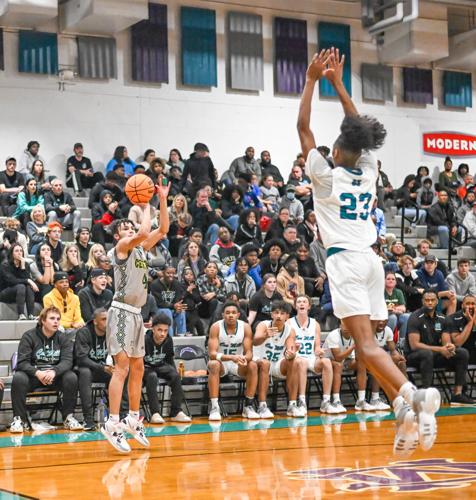 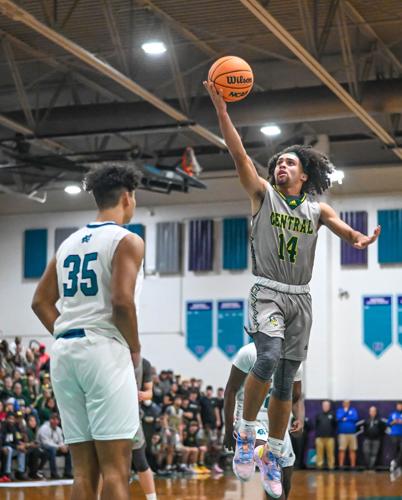 Adriel Miller goes to the hoop. 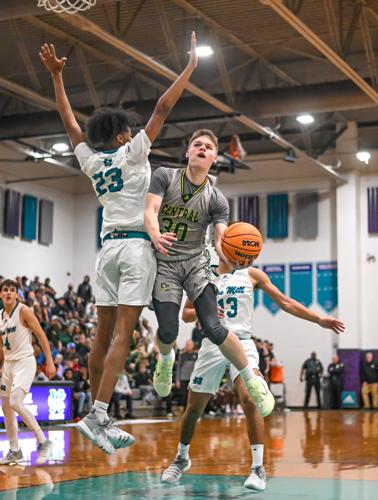 Gavin Bullock with a nice move. 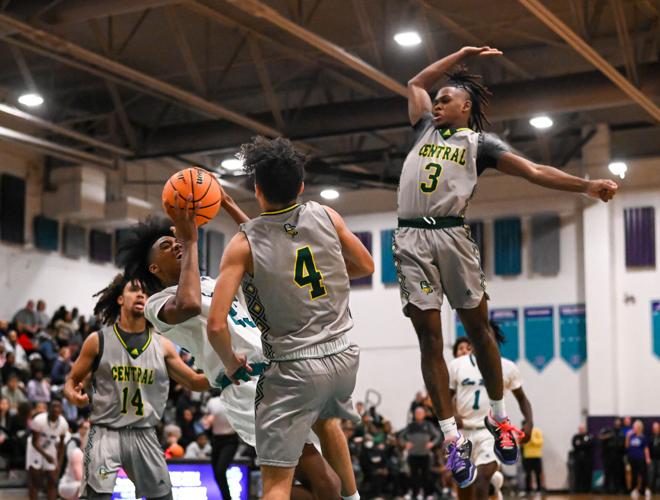 Jaiden Thompson (3) goes for the block. 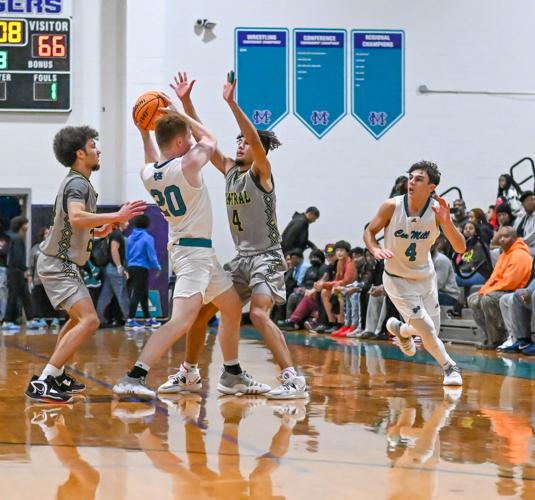 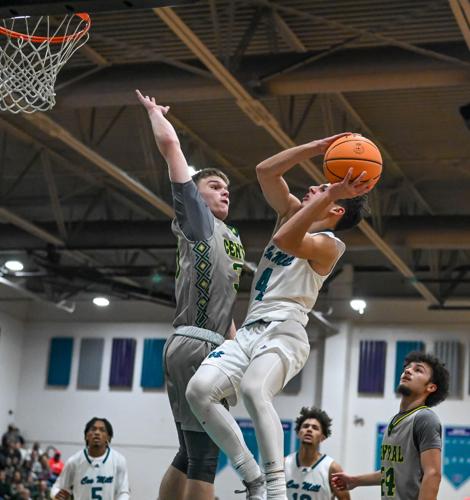 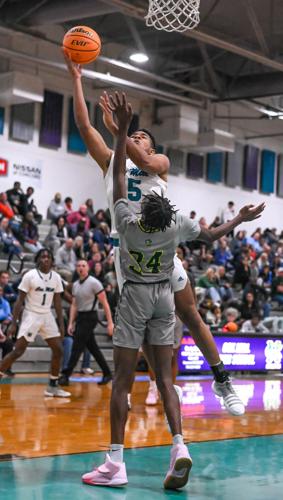