On Monday evening, high school teams in Cabarrus County had their first official athletic events since the coronavirus reared its ugly head back in March.

It’s been a long time. Some would say too long. But the time is here.

Truth be told, I really wasn’t sure this time would arrive. At least not this soon. But the N.C. Independent Schools Athletic Association, the sports organization that governs most of the state’s private schools, decided it was going to trust its membership to provide the proper safety measures for athletes and fellow students to follow, hope those dang COVID numbers would start to drop, and forge ahead with its fall sports seasons.

All with the Governor’s blessing, of course.

Thus, here we are.

Cannon School’s Athletics Department is taking the strictest measures to make sure the environment is as safe as possible for competition. I believe all athletes and coaches – and the few folks who might be allowed in to help with the events – are in good hands.

I hope so much that there are no setbacks. I hope it’s a roaring success and a great blueprint is set to make high schools sports continue here throughout the year, just like pro sports leagues such as the National Basketball Association, the National Hockey League and NASCAR have found good solutions for keeping the games going.

(Major League Baseball has struggled with huge COVID outbreaks, and the jury is still out on the National Football League, although the fact that we got to see a full slate of NFL games this past weekend is a good start. Now, we wait for next week’s testing results.)

But the games in high school overall, and especially in Cabarrus County, are of more personal significance because this is our county, and these are just kids. Our kids.

It’s horrible when anyone falls victim to the wicked coronavirus, but it’s even scarier and more tragic when it’s the innocent, the young.

While the participation numbers are relatively small at the local private schools, the total athletes competing in Cabarrus County will grow exponentially pretty soon, as the public school teams – ideally -- will be playing games also, in November. The N.C. High School Athletic Association adjusted its calendar for the public schools it oversees, and soon we’ll have cross country and volleyball kicking off.

Public-school football, which normally is dominating the high school sports scene this time of year, doesn’t get going until February. But if we’re being honest, whether that happens or not will depend largely on how well all these sports do this fall.

If there isn’t some jump in COVID cases, especially among the young athletes, between now and then, there’s a good chance we could get some football – and all the other sports we love.

If the opposite happens, well …

My core belief is that everything will be a success this fall. I know the adults in charge at both the public and private schools here will follow every guideline their state associations put in place, and they’ll probably add a few more of their own to make things even safer.

We can’t get mad if the adults aren’t allowed to watch in person. OK, I guess that was the wrong way to put it.

Getting mad as a parent unable to watch his/her child compete is totally understandable. Especially when most of us invest so much – emotionally and financially – into helping our children, supporting our children.

But while it might be disappointing, this is about the kids. Let’s just hope they can have their moments – moments too many graduated high school seniors lost last spring – in whatever way they can.

So let the games begin.

Cautiously and with plenty of hand sanitizer. 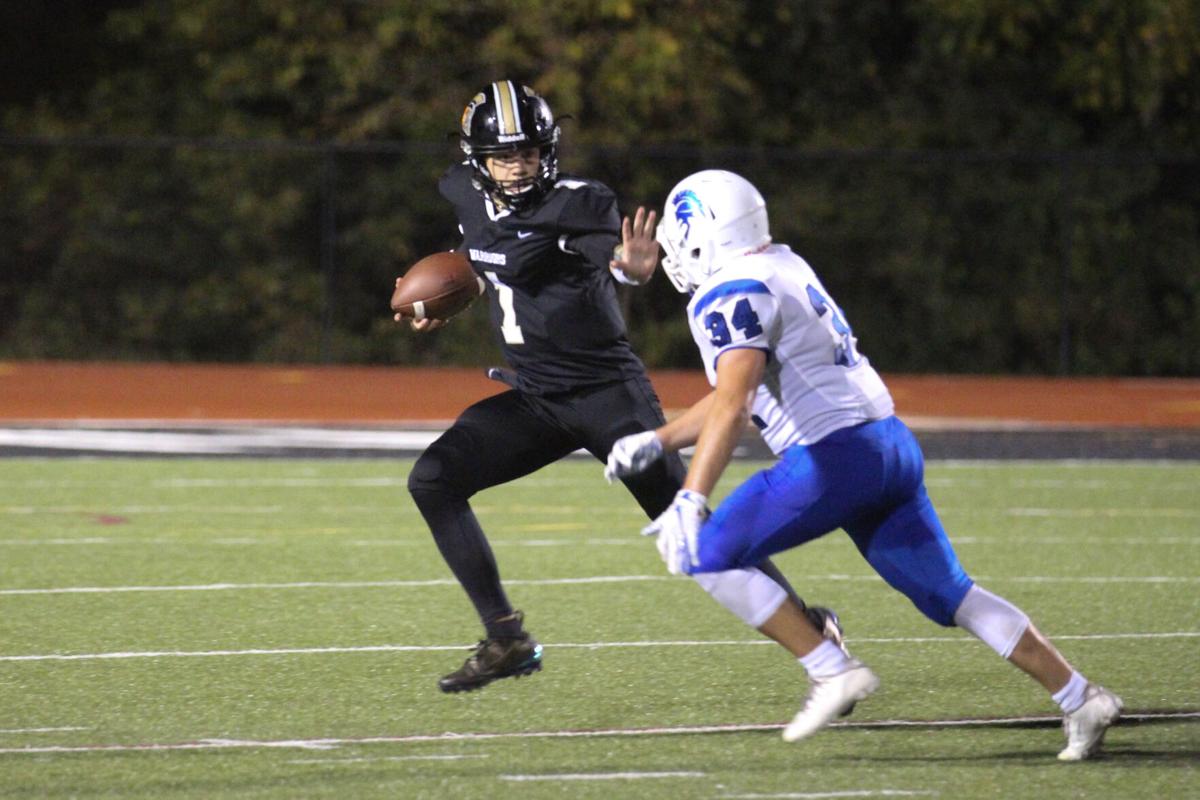 Cabarrus County private schools Cannon and Concord Academy began playing fall sports this week, and next week the Cabarrus Warriors -- which features players from both schools -- open the season.