Editor's note: Cannon Ballers Chronicle is a weekly section published in the Independent Tribune each Wednesday.

KANNAPOLIS – The Kannapolis Cannon Ballers have completed Week 5 of the 2021 campaign, closing out a trip in Fayetteville against the Woodpeckers. The Ballers weathered the storm, tallying two wins while dodging consistent rain throughout the week. Here are some notable performances from the road trip against Fayetteville:

(All stats are reflective of games from June 1-6)

Acevedo delivered a fantastic outing on the mound in Game 2 of the doubleheader played on Thursday. The Venezuelan right-hander fired 3.2 innings of shutout baseball, striking out four and walking two in his third start of the season.

Appearing in the Chronicle for the second week in a row, Mikel continued to shine out of the bullpen for Kannapolis. The righty from Illinois appeared twice out of the ‘pen, notching five strikeouts and a save on Tuesday in his 2.1 innings of work. He then added a quality outing on Thursday in relief of Andrew Dalquist.

The man they call “Popeye” continued his breakout 2021 campaign, tallying three multi-hit games for the Ballers. Rodriguez showed off his speed on the basepaths, going a perfect 3-for-3 on stolen base attempts against the Woodpeckers, good enough to grow the team-lead to nine stolen bases.

Carolina Mudcats (T-1st Low-A East Central Division, 18-11): The Mudcats, Low-A affiliate of the Milwaukee Brewers, visit Kannapolis for the first time in the 2021 season after hosting Down East this past week. Carolina went 2-3 against the Wood Ducks, having a game postponed due to rain in the eastern North Carolina region. The Mudcats are new to the Low-A level of baseball, previously being the High-A affiliate for the Brewers in the now-defunct Carolina League from 2017-20.

Carolina holds four active top 30 prospects in the Brewers organization in SS Freddy Zamora (No.8), SS Zavier Warren (No.11), OF Micah Bello (No.28), and RHP Abner Uribe (No. 30). LHP Antoine Kelly, who is listed on the Mudcats roster, is also ranked in the top 30 at No.6, but Kelly is not with the team due to injury.

Zamora returned from an injury to start June on a fast pace, hitting .357 with four RBIs in the series against Down East. Warren has been placed on the 60-day injured list and has not appeared in game action since May 21. Bello is currently listed on the seven-day IL and has not played since May 13. Uribe, a right-handed bullpen arm who tops out at 103 mph, appeared twice against the Wood Ducks, allowing three hits over his five innings of work, adding eight strikeouts to an impressive resume of relief for the Mudcats.

Notably on offense, center fielder Joe Gray Jr. leads the Low-A East in home runs with 10, slugging percentage with .692, and is tied for the lead in RBIs with 35. In the series with the Wood Ducks, Gray Jr. batted .421 with three home runs and six RBIs in 19 at-bats.

On the mound, RHP Joey Matulovich fired 2.1 innings of work, allowing just one unearned run and one hit while striking out three Wood Ducks in his two appearances last week. RHP Justin Bullock started in the first game of the doubleheader with Down East last Friday, walking one and tallying five strikeouts in his four shutout innings.

Fans can also keep up with the action on the team’s social media outlets, with live in-game updates being provided on Twitter at @Kcannonballers. 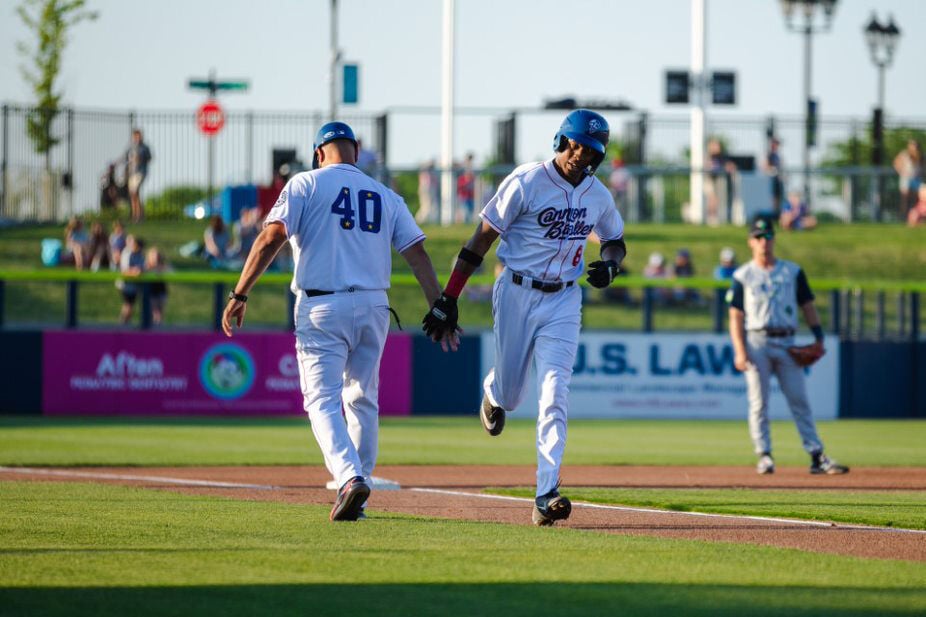 The Carolina Mudcats come to Kannapolis with an 18-11 record on the season. 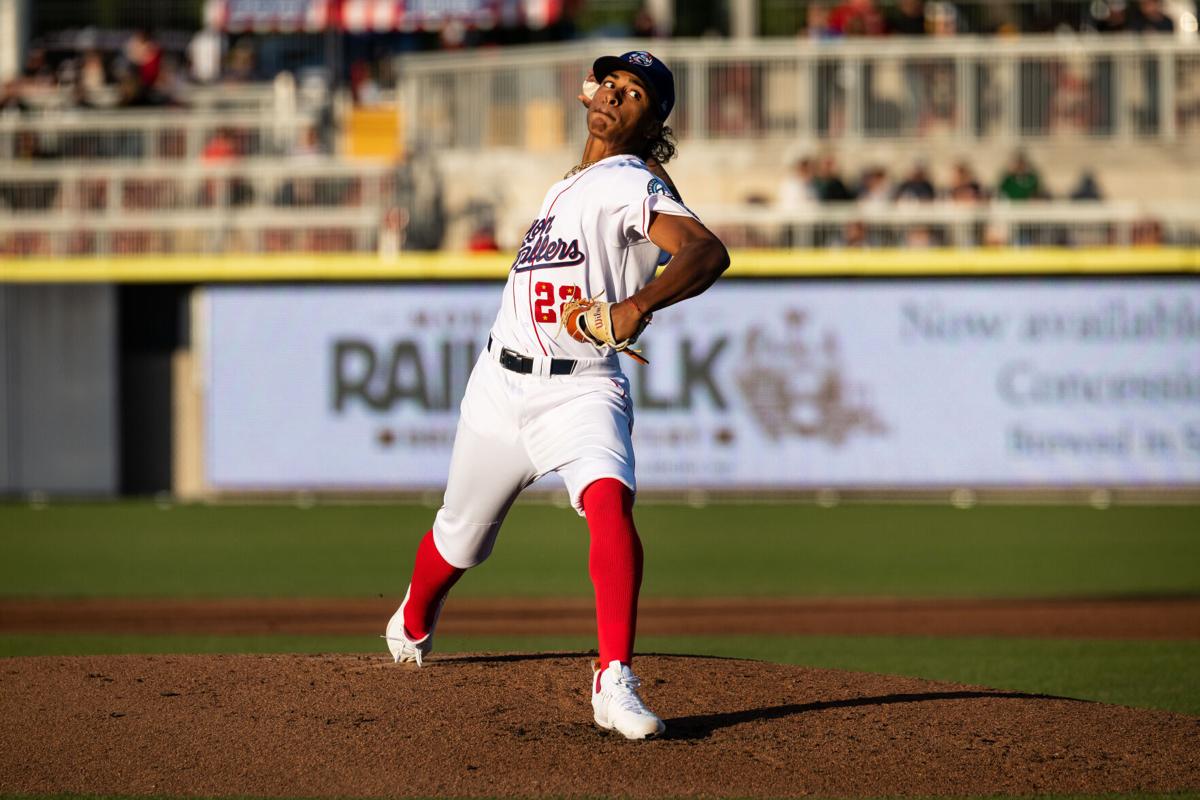 The Cannon Ballers started slow but have picked up their play in recent games. 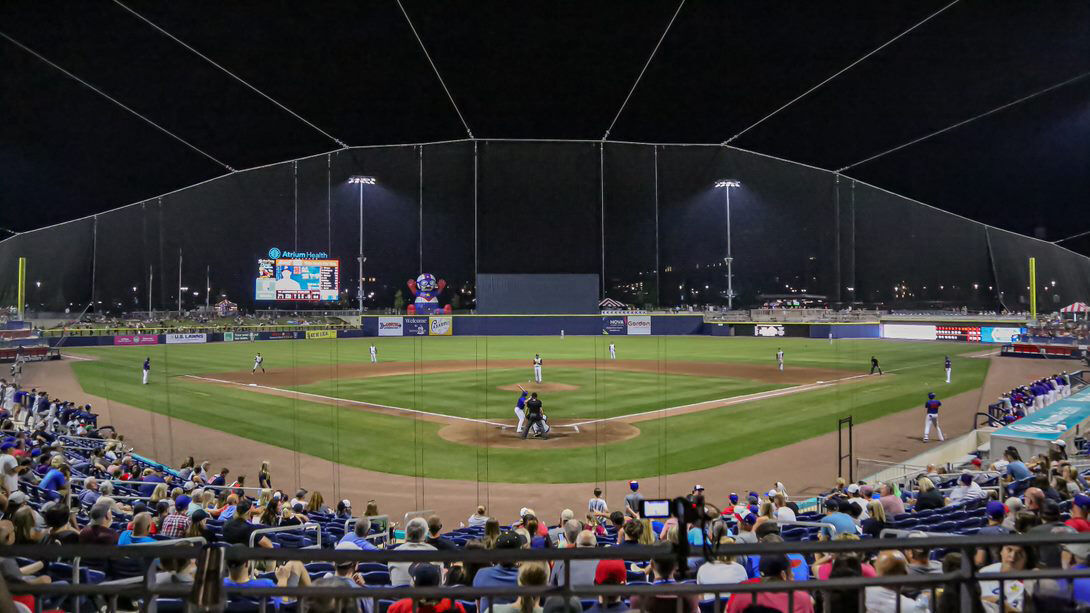 The Cannon Ballers return to the friendly confines of Atrium Health Ballpark for a series with the Carolina Mudcats.