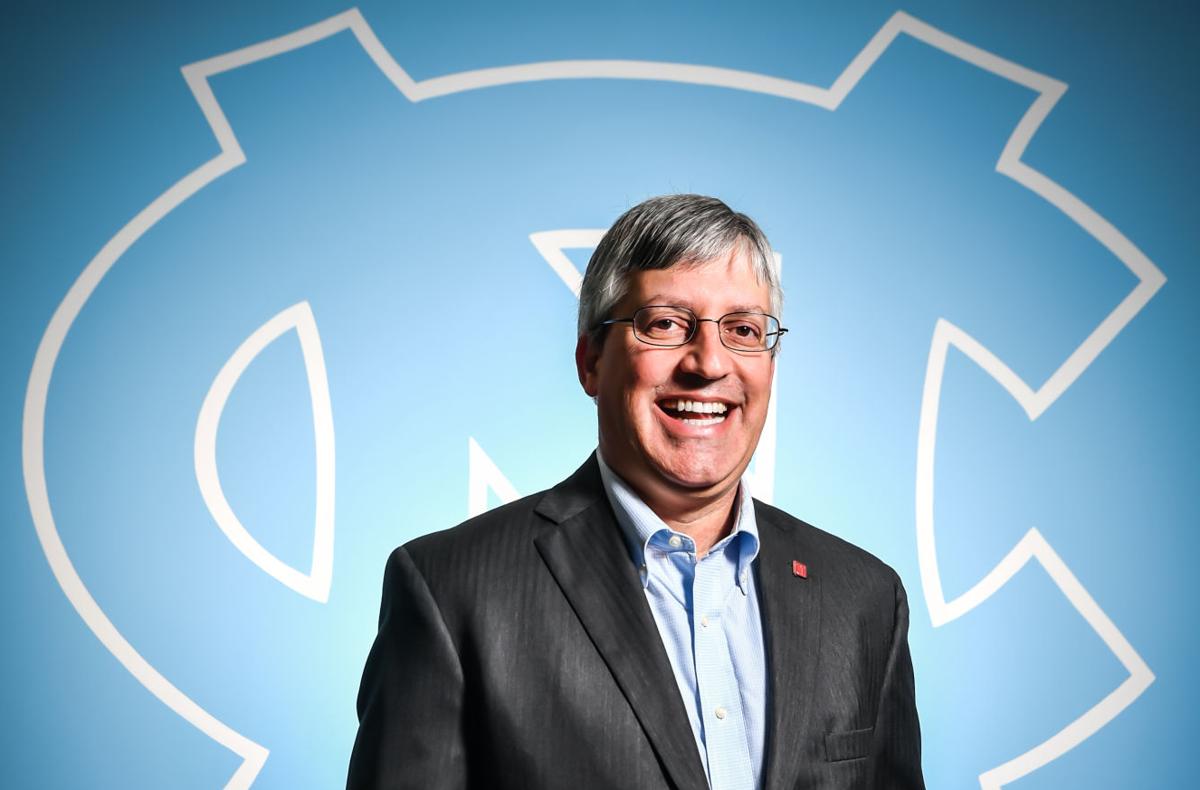 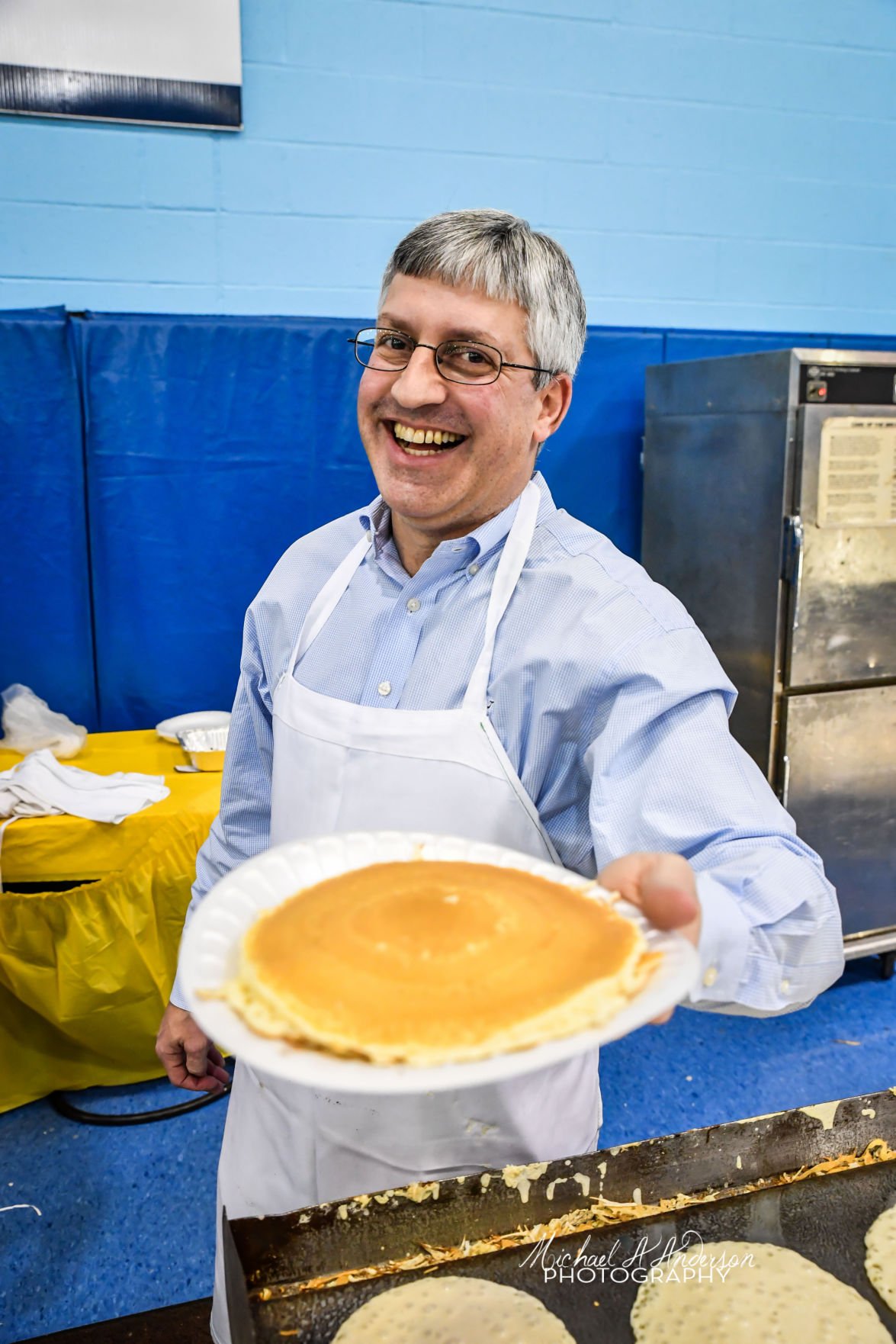 The community is shocked and saddened by the sudden passing of Concord City Councilman Sam Leder Sunday evening, June 30.

“(Sam) was an anchor is everything he did – family, community – he was an anchor,” said former Concord Mayor Scott Padgett.

Leder returned Sunday from a two-week trip in Europe with his wife, Shannon, and sons, Matthew and Bennett. Matthew just graduated from Concord High School. The couple’s Facebook page is filled with photos of the smiling family at various European landmarks. Bennett is still in high school.

An autopsy will be performed to determine the cause of death.

“With the passing of Sam Leder, Concord has lost a great citizen,” said Mayor Bill Dusch. “Our thoughts and prayers go out to Sam’s wife Shannon and sons Matthew and Bennett.  As a member of Concord’s City Council, Sam was the thoughtful voice of reason that kept us on track.  His infectious laugh that brightened anywhere he went will be missed by all.”

A native of Whiteville, he was a lifelong North Carolinian and proud alumnus of the University of North Carolina at Chapel Hill. He lived and worked in Concord since 1995.

He was active in the community and served on the Uwharrie Bank Board, the CMC NorthEast Hospital Advisory Board, the Academic Learning Center Board, and volunteered last four years as Treasurer of the Ella Foard Foundation for Rett Syndrome.

He was also a member of the Concord Rotary Club, a three-time Paul Harris Fellow and past president (2008) and director. He was involved with the Cabarrus Regional Chamber of Commerce since 1996, served as its Chairman of the Board in 2010.

Dusch said the elected officials and staff of the City of Concord express their heartfelt sympathy to his wife, Shannon and their two sons, Matthew and Bennett.

“I was shocked and saddened to hear that my friend Sam passed away last (Sunday)night,” said Hudson. “Renee and I are praying for his wife Shannon and their family in this difficult time. Sam has always been a respected leader in Concord, and I appreciate his years of service to the community and on City Council.”

Leder, first elected in 2015, represented Concord’s First District. He was a Certified Public Accountant and managing partner for Potter & Company in Concord. He was an avid Tar Heels fan and very proud that his son got accepted and plans to attend UNC.

Padgett and now retired Councilman David Phillips talked Leder into running for city council. They both felt he was the kind of leader that Concord needed.

Both said Leder did not disappoint in his service to Concord.

“He was the go-to-guy. You wanted his opinion because you knew he would have a well-researched, thoughtful opinion. He was the kind of leader we need,” Padgett said.

Those sentiments are being expressed by many who came in contact with him through business, community and city politics.

“He’s as fine a guy as they make – super father – super good accountant. He will be missed by so many and especially his wonderful family,” Padgett said.

Council Member Brain King joined the council alongside Leder in 2015.

“Sam was my good friend and I will miss him.  The leadership he provided to the City and all the organizations he was involved in our community will be greatly missed,” King said.

Other council members had similar comments:

“I am sorry to hear of the loss of our Council Member and my friend, Sam Leder. He was an outstanding leader who wanted the best for Concord, especially in the area of economic development. I shall always remember his distinctive laughter and compassion toward other people.”

“This is a tremendous and heartbreaking loss to the City of Concord. At the same time, we are thankful to have known Sam, and for his friendship and service to the community. Sam's thoughtfulness, wisdom and insight into issues and decisions whether they were Rotary, our city, his friends or his family were his gift to us all.”

“Prior to serving on City Council with Sam, I had the privilege of knowing and working with Sam at the Chamber of Commerce and the Convention Bureau. Sam has always been a stabilizing force on City Council and any other organization he served in. As a new Council member, Sam gave me coaching and helped me ease into the role. He always applied his knowledge and experience in stating his position on Council actions and decisions. The one thing that I will always remember about Sam was his infectious laugh. You knew who was in the house when he let it out. Sam was a valuable asset to our community. Besides being a City Council colleague, I considered Sam a personal friend. His leadership will be missed.”

“As our city mourns the loss of one of our own, so many things come to mind in describing Sam - devoted husband, loving father, infectious laugh, brilliant mind and community leader. At the foundation of all of those was his goodness and compassion for this world. I have no doubt the Lord welcomed him with, "well done." What an honor to serve with Sam and call him a friend.”

“Sam and I shared numerous conversations on being a Dad and the decisions we make daily to safeguard our families. We recently shared a Father's Day discussion about our children and driving. I would send him pics of Whiteville, his hometown, as I would be on the way to the beach. He would laugh and say that there's probably not a lot going on as I drove through. I will truly miss his wisdom, jokes and especially his laughter.” 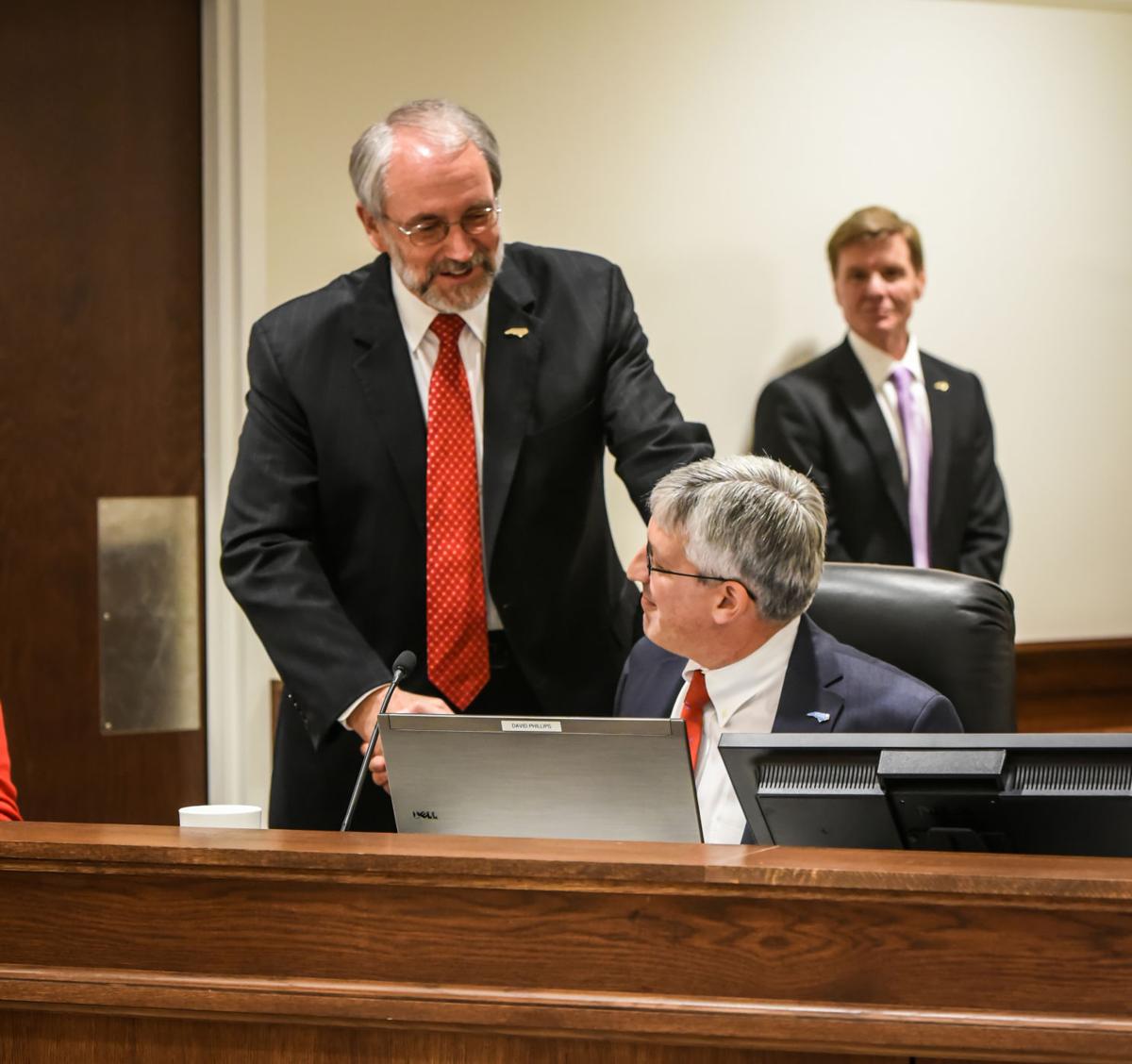 Retiring Councilman David Phillips congratulates Sam Leder as he takes the District 1 seat in 2015. Leder passed away in August, 2019. Michael A. Anderson Photography 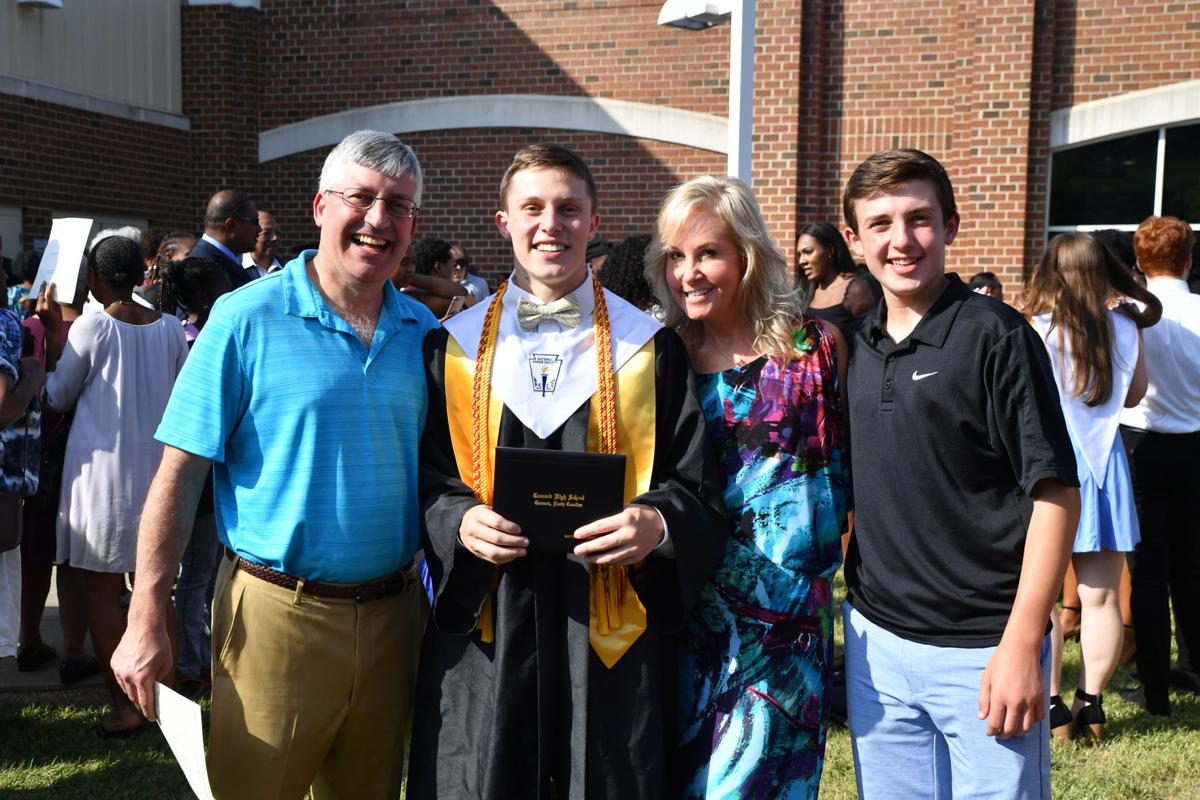 Sam Leder, from left, celebrates with his son Matthew, wife Shannon, and son Bennett after the Concord High School graduation ceremony in June. Michael A. Anderson/Special to the Independent Tribune 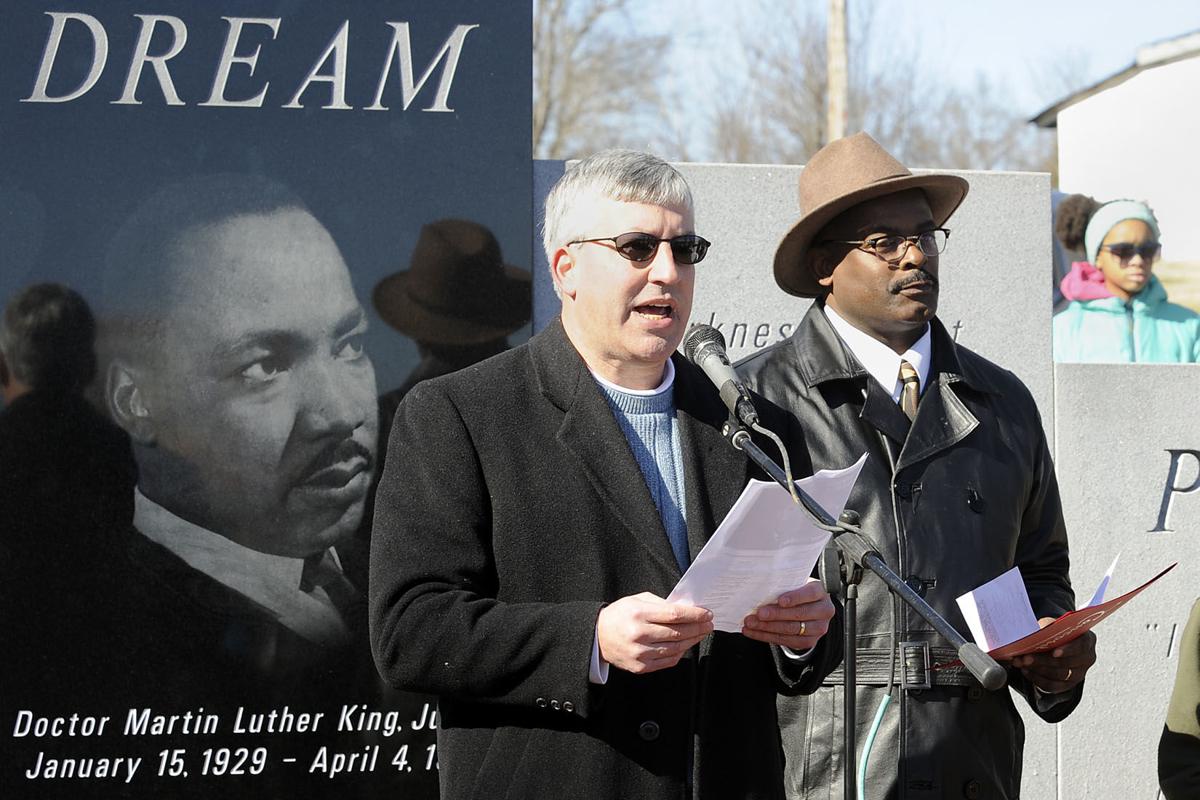 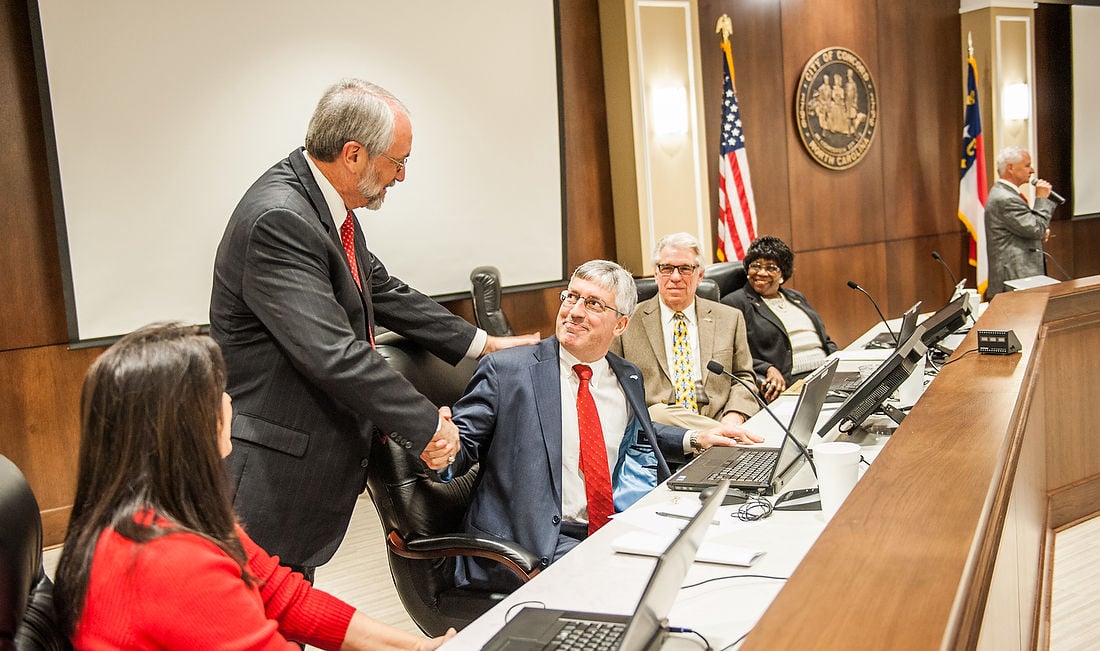 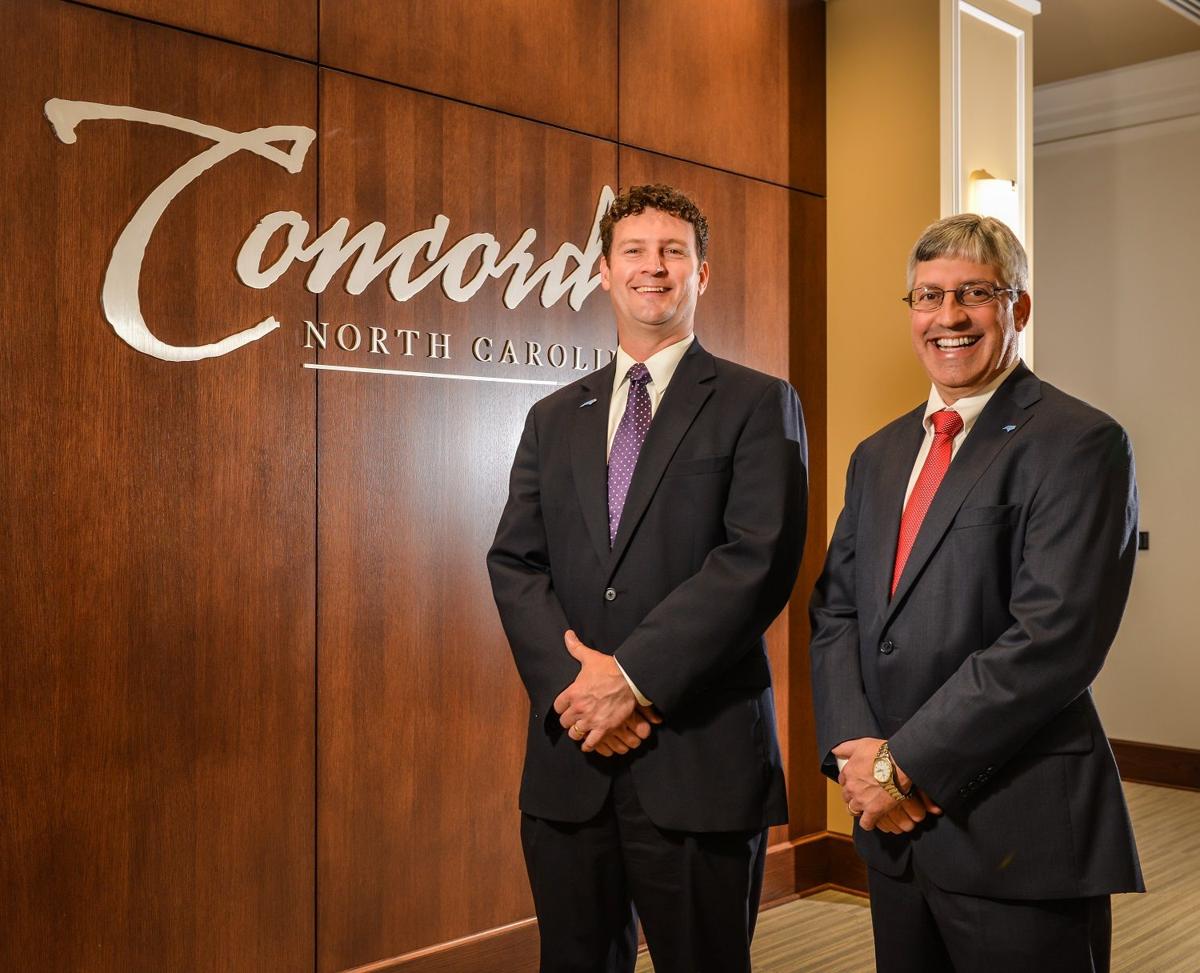