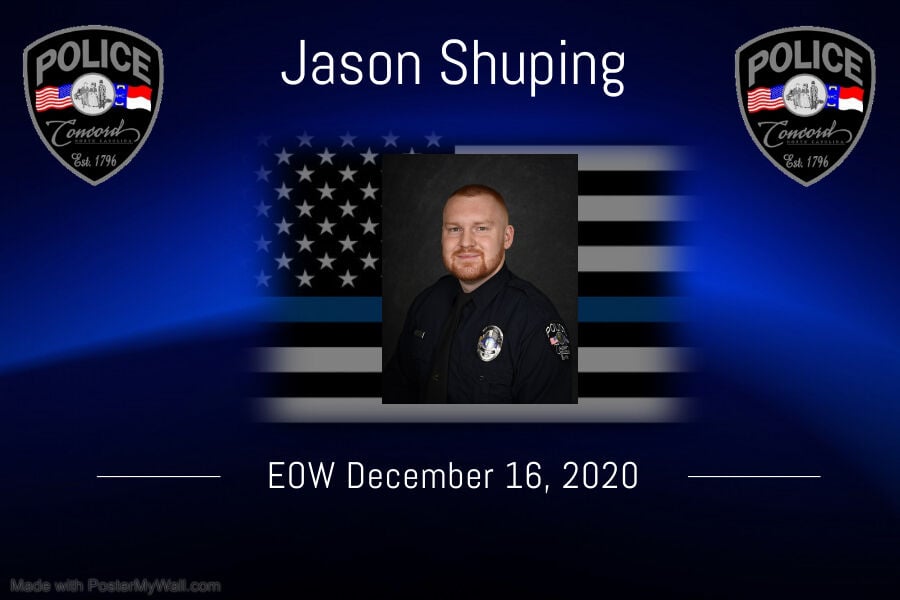 Officer Jason Shuping was killed in the line of duty Wednesday, Dec. 16, during an officer-involved shooting in the Concord Mills area. A memorial is set up in his honor at CPD Headquarters at the corner of Cabarrus Avenue and Spring Street. 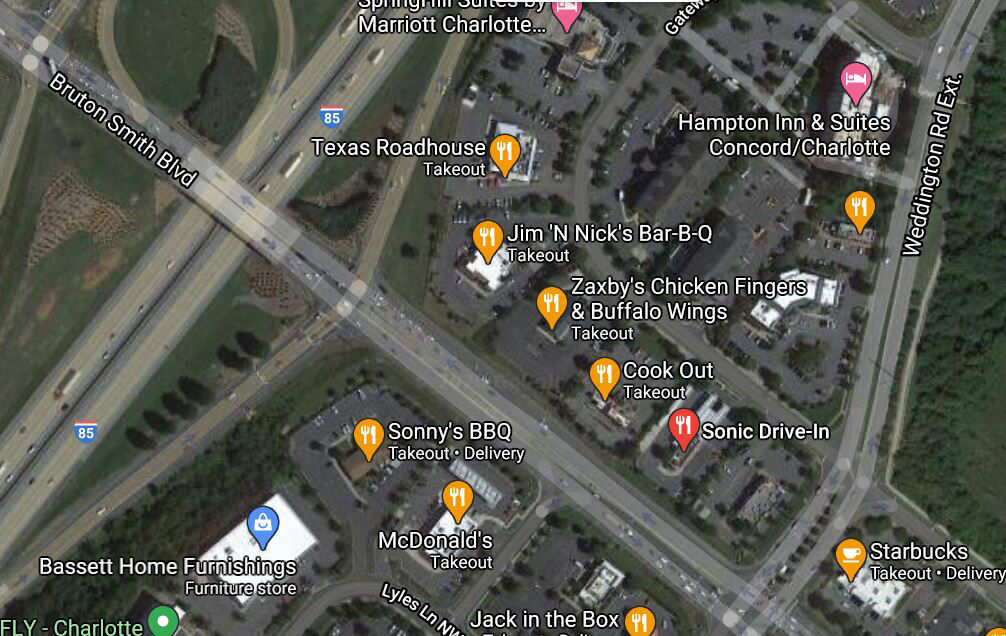 A Concord police officer and a suspect were shot and killed Wednesday evening in the Concord Mills area.

The Concord Police Department released the names of the fallen officer and an injured officer around 11:10 a.m. Thursday.

Officer Jason Shuping was killed in the line of duty Wednesday, Dec. 16. He was 25 years old and had served on the force for a year and a half.

The CPD statement giving his name read: "Today we are mourning the loss of a beloved family member who gave the ultimate sacrifice in the line of duty late Wednesday night. Officer Jason Shuping has served the citizens of Concord and the Concord Police Department since 2019. All will truly miss him."

Officer Kaleb Robinson, 23, was injured during the shooting Wednesday evening, but is expected to recover.

The man who shot Shuping and Robinson was 29 years old and lived in Charlotte. He was reported to be a convicted felon. The State Bureau of Investigation has identified the suspect as Jeremy Maurice Daniels.

At 10:18 p.m. Wednesday, Concord police received a report of a vehicle crash near the Interstate 85 Northbound ramp on Exit 49.

An Alcohol Law Enforcement agent was first on the scene and discovered the wreck as CPD officers arrived.

As officers were investigating the abandoned vehicle, a woman drove up and stated that a man had tried to take her car near the Sonic on Gateway Lane. She provided a description of the man.

The ALE agent and two officers arrived at the Sonic location and began approaching a man who fit the description.

The suspect produced a handgun and began firing at the officers, killing Shuping and injuring Robinson.

As the suspect fled to break in and enter the vehicle of a Sonic employee, more CPD officers approached.

The suspect began firing again. The officers engaged, and the suspect was killed.

The State Bureau of Investigation is investigating, as is standard in these events.

Robinson, the second officer shot, is in the hospital with non-life-threatening injuries.

Chief Gacek met with the family of the fallen officer and visited Robinson and the officer's father at the hospital Thursday morning.

Gacek said it will take the department and the community time to grieve and process the loss.

"There is no playbook for this," Gacek said. "The Concord Police Department is comprised of a resilient bunch. We are going to get through this. We are a big family. It is going to be tough. It is going to affect us in different ways, for different lengths of time, at different levels. But we have a huge support system here."

Memorials can be placed at CPD Headquarters at the corner of Cabarrus Avenue and Spring Street.

WSOC-TV reported one witness who was driving through the area told Channel 9 he heard the gunshots.

“The SWAT team, the police officers, the sheriffs, everybody just started rushing, and we couldn’t actually go in,” said Kellie Miller. “I had my brother and my little sister in the car, so we didn’t feel safe.”

Channel 9 reported a police procession escorted the fallen officer’s body from Concord to the medical examiner’s office in Charlotte around 3:30 a.m.

Killed in the line of duty

Since 1899, six other law enforcement officers lost their lives serving Cabarrus residents in the line of duty:

The officers are remembered with a memorial between the Governmental Center and Cabarrus Law Enforcement Center on Corban Avenue.

The Concord Police Department plans to place a Fallen Officer Memorial outside the department.

Officer Jason Shuping was killed in the line of duty Wednesday, Dec. 16, during an officer-involved shooting in the Concord Mills area. A memorial is set up in his honor at CPD Headquarters at the corner of Cabarrus Avenue and Spring Street. 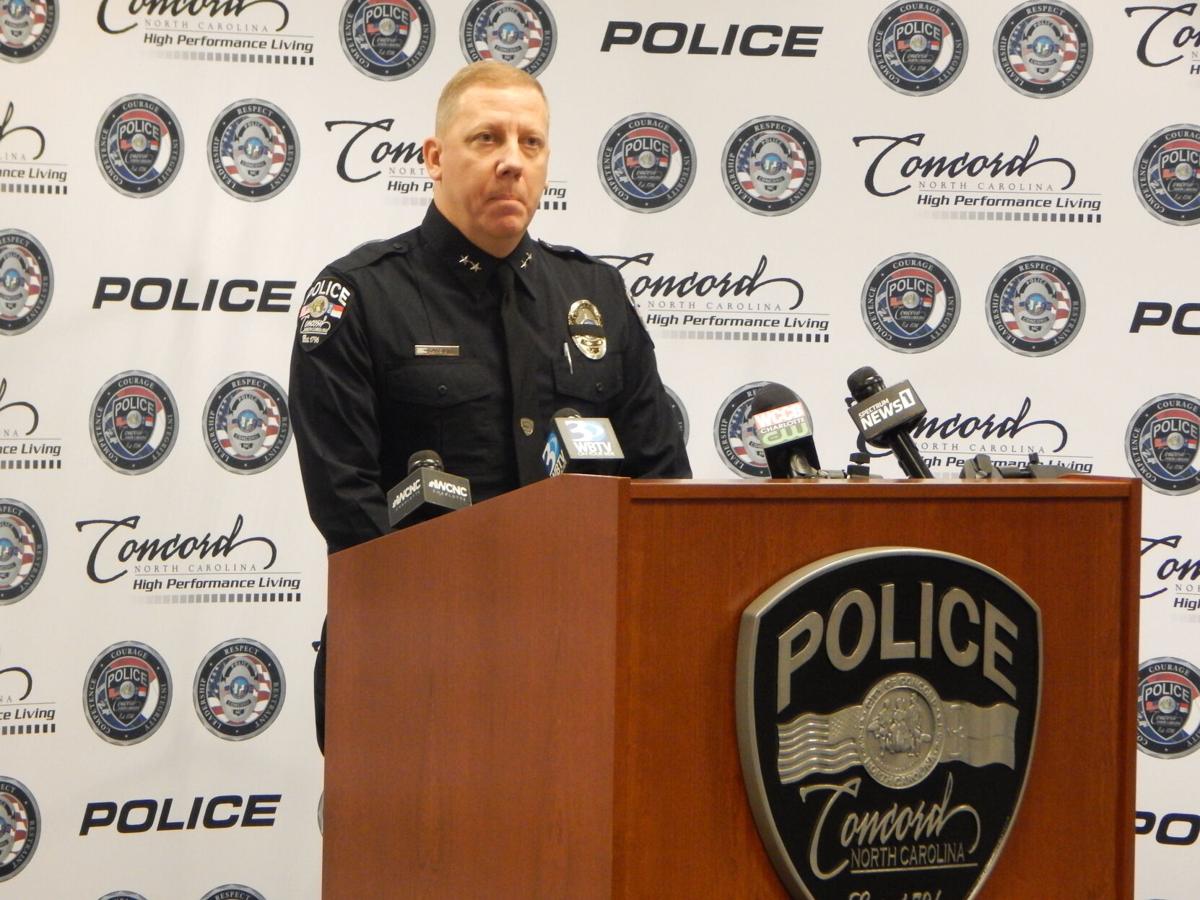 Chief Gary Gacek spoke at a press conference Thursday morning, discussing details of what led to the death of a Concord police officer Wednesday evening. 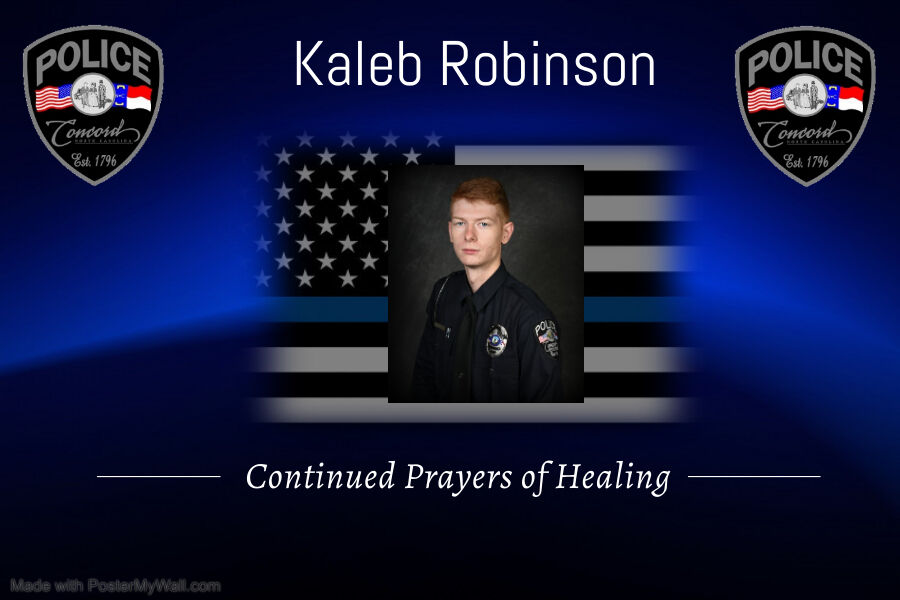 Officer Kaleb Robinson was injured during an officer-involved shooting Wednesday evening, Dec. 16. His injuries were not life-threatening, and he is expected to recover.