The road in front of the Concord Police Department headquarters was packed Friday evening as the community waited for the candlelight vigil to start in memory of Jason Shuping.

Children and other attendees had taken the provided chalk to write messages to the Shuping family and the police department. One message was written by a fellow University of North Carolina at Pembroke graduate, a school Officer Shuping had attended. The message read:

Lt. Sydney McGhee was the first to speak at the vigil. Her words were laden with emotion as she thanked community members for their presence.

"Our hearts are heavy, and the next few days, weeks, months will continue to be challenging. However, knowing that each of you are behind us makes those steps at least approachable," McGhee said.

The lieutenant paused to take a breath before describing the fallen officer.

"Officer Jason Shuping was an outstanding human being and a public servant to not only his community but his hometown," she said.

McGhee also announced that the Cabarrus Chamber of Commerce was working on procuring blue light bulbs for the community to illuminate each Concord front porch in blue.

After Mayor Bill Dusch stepped up to the podium, he asked the crowd for a moment of silence before continuing.

"Officer Shuping gave his life in the line of duty," the mayor said. "Jason's dedication to our community will forever be cherished and remembered."

Dusch described his first interaction with Shuping — the day of Shuping's swearing-in ceremony.

The mayor said he and the officer discussed Shuping's academic background, stating that he was the first UNC Pembroke graduate for the department. The mayor also asked what brought the officer from Rowan County to Concord.

"I asked him what brought him to Concord. His response was simple: family and community," the mayor said.

As Concord police Chaplain Lonnie Clouse led the vigil to its end, he read a passage, Psalms 23, that was requested by the Shuping family.

As he read, the crowd stilled.

Those in the front began the candle-lighting chain. As the flame passed down the lines, tears were in the eyes of every attendee, whether civilian or officer.

Once all candles were lit and a moment of silence had passed, Clouse dismissed the crowd, but no one moved.

As attendees finally began to blow out their candles, some paused. One woman in the crowd hesitated.

"I feel disrespectful blowing it out," she said.

As community members began to embrace and disperse into smaller groups, the meaning of Chaplain Clouse's words were evident.

"To have a community like Concord, North Carolina, to come out and rally to support, to remember one that has valiantly fought the fight, one that has been on the front lines serving and protecting, not for monetary reasons and not for notoriety, because God knows that’s not the truth in what our men and women in blue do, but to be out here with his life on the line to protect and serve our community who has gathered here tonight," Clouse said. "On behalf of the Shuping family and as the chaplain of the Concord Police Department, it is my honor to thank you from the bottom of our hearts for your support."

Burial with full honors will follow at Shiloh Reformed Church of Faith Cemetery in Faith.

Powles Staton Funeral Home of Rockwell is assisting the Shuping family. Online condolences can be made at www.powlesfuneralhome.com.

Three law enforcement officers in the Charlotte area have died in the past week, including two 25-year-old officers in Concord and Mount Holly. 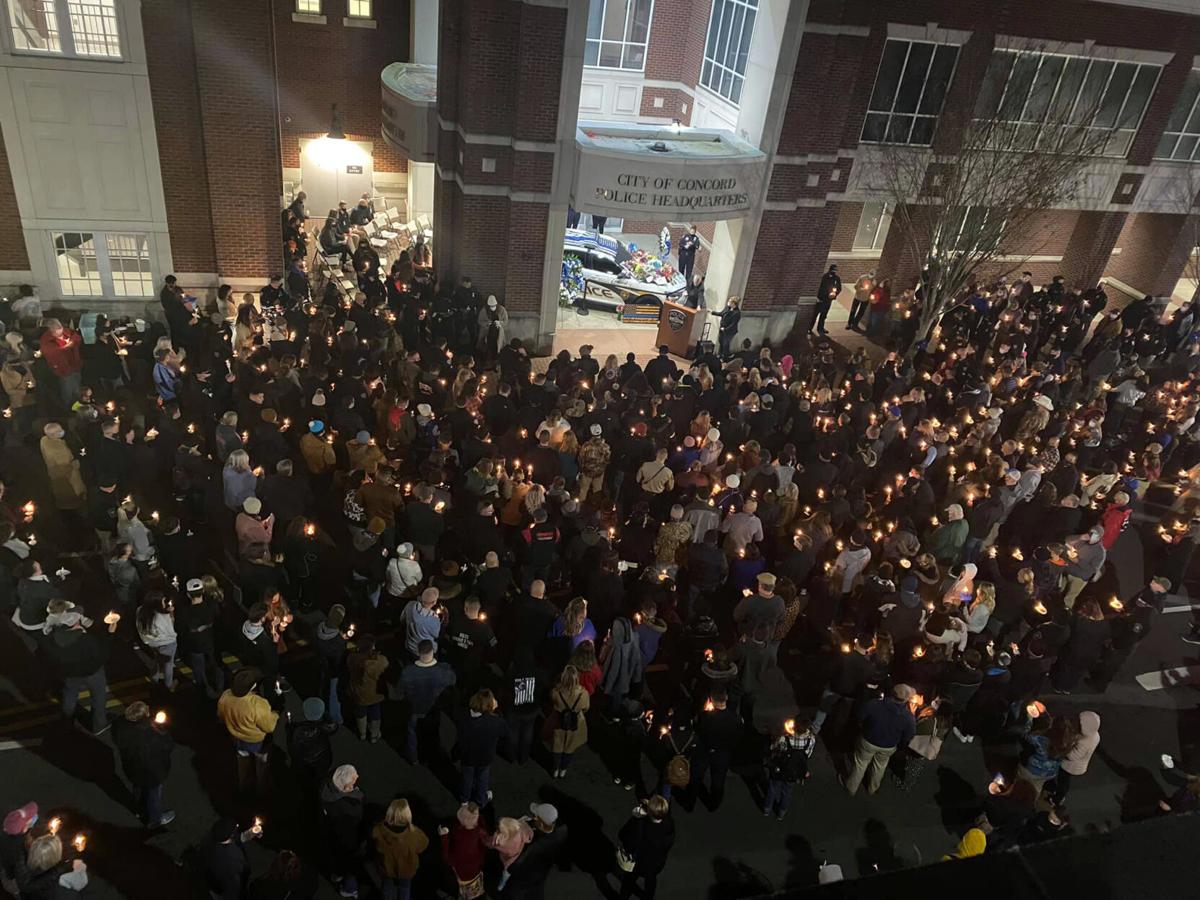 Mourners in front of the Concord Police Headquarters hold candles to honor the memory of Officer Jason Shuping, who was killed in the line of duty Wednesday, Dec. 16. 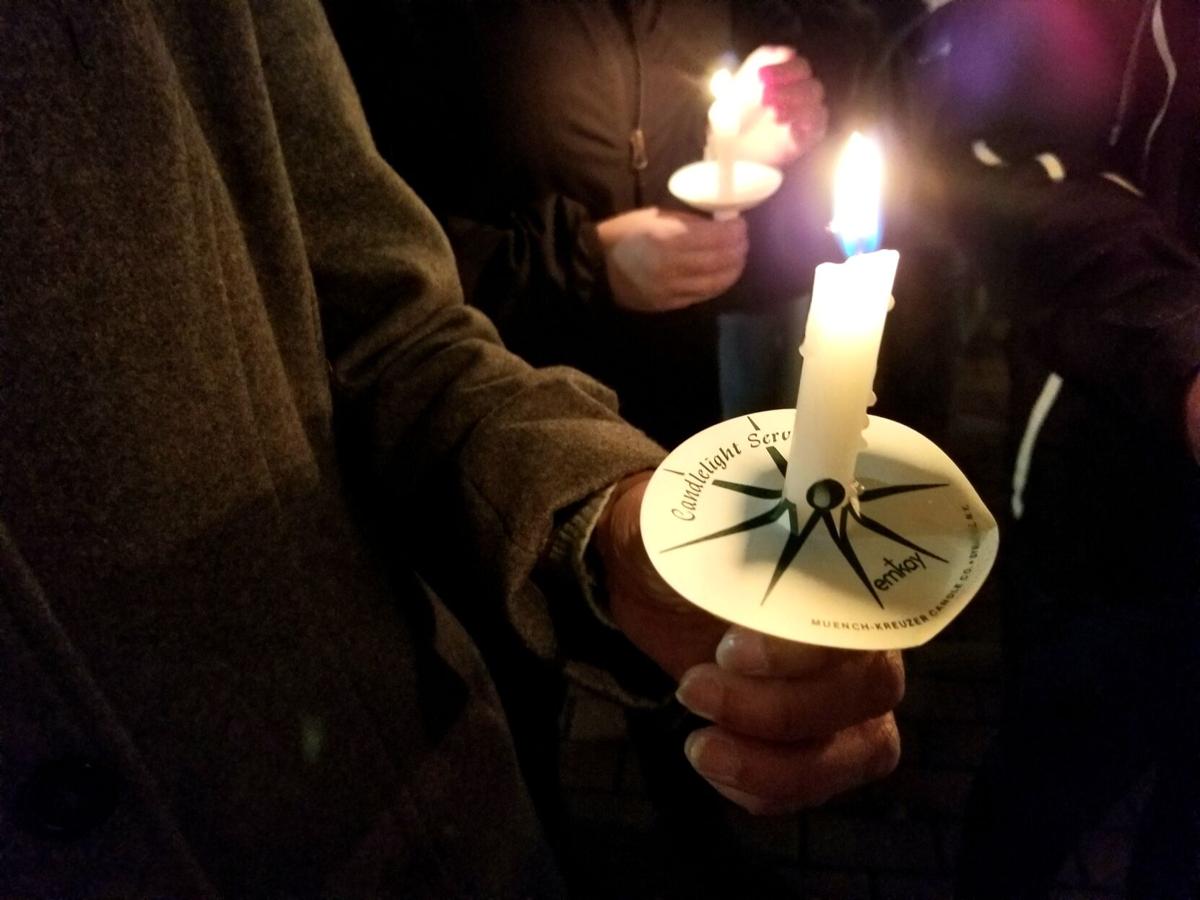 The city of Concord and the Concord Police Department held a candlelight vigil and chalk-the-walk event Friday evening, Dec. 18, in memory of Officer Jason Shuping, who was killed Wednesday in the line of duty. 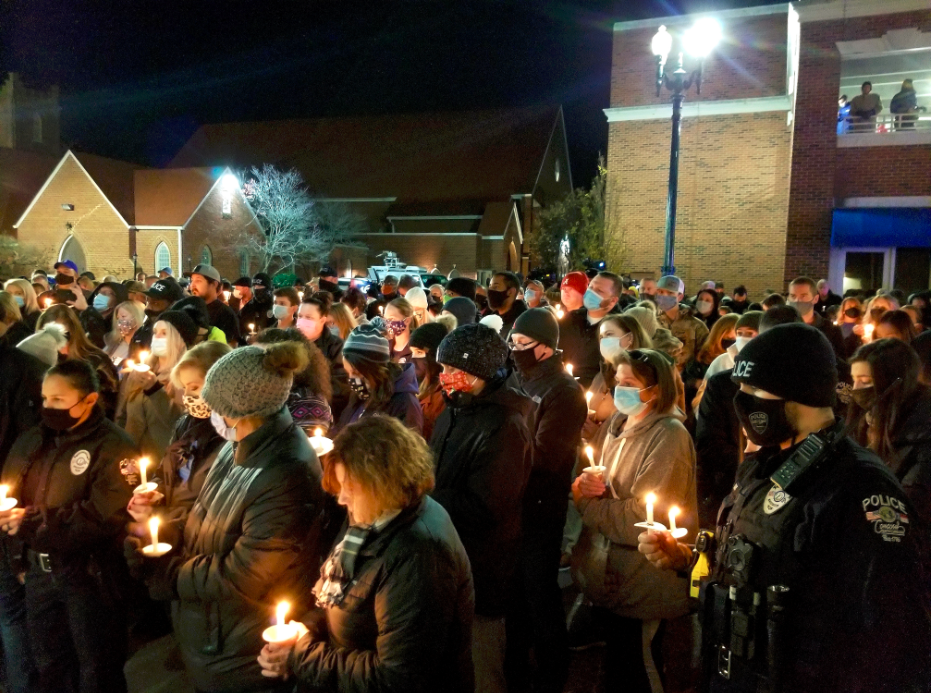 The crowd gathered in front of the Concord Police Department headquarters Friday evening lit candles as they waited in a moment of silence. 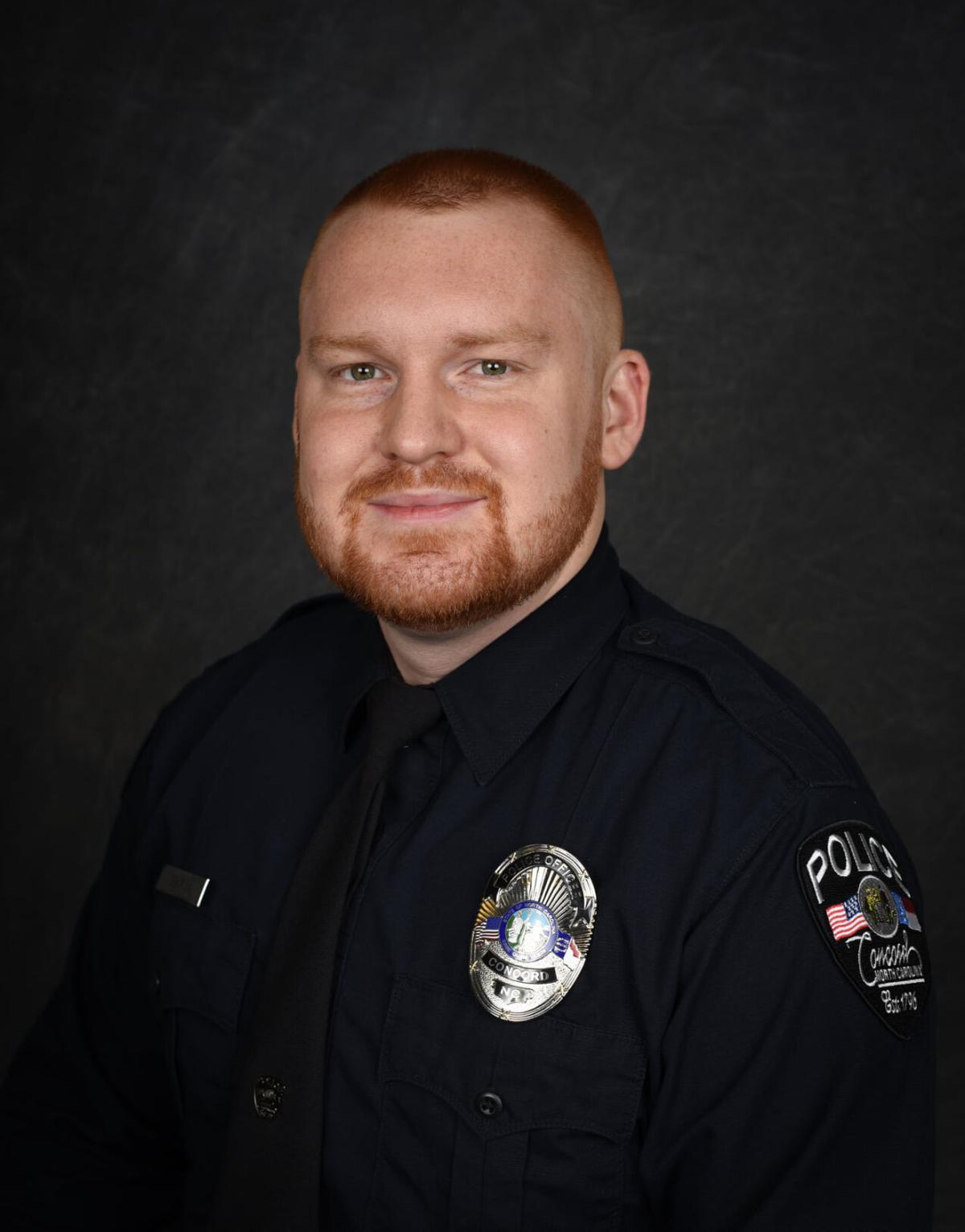 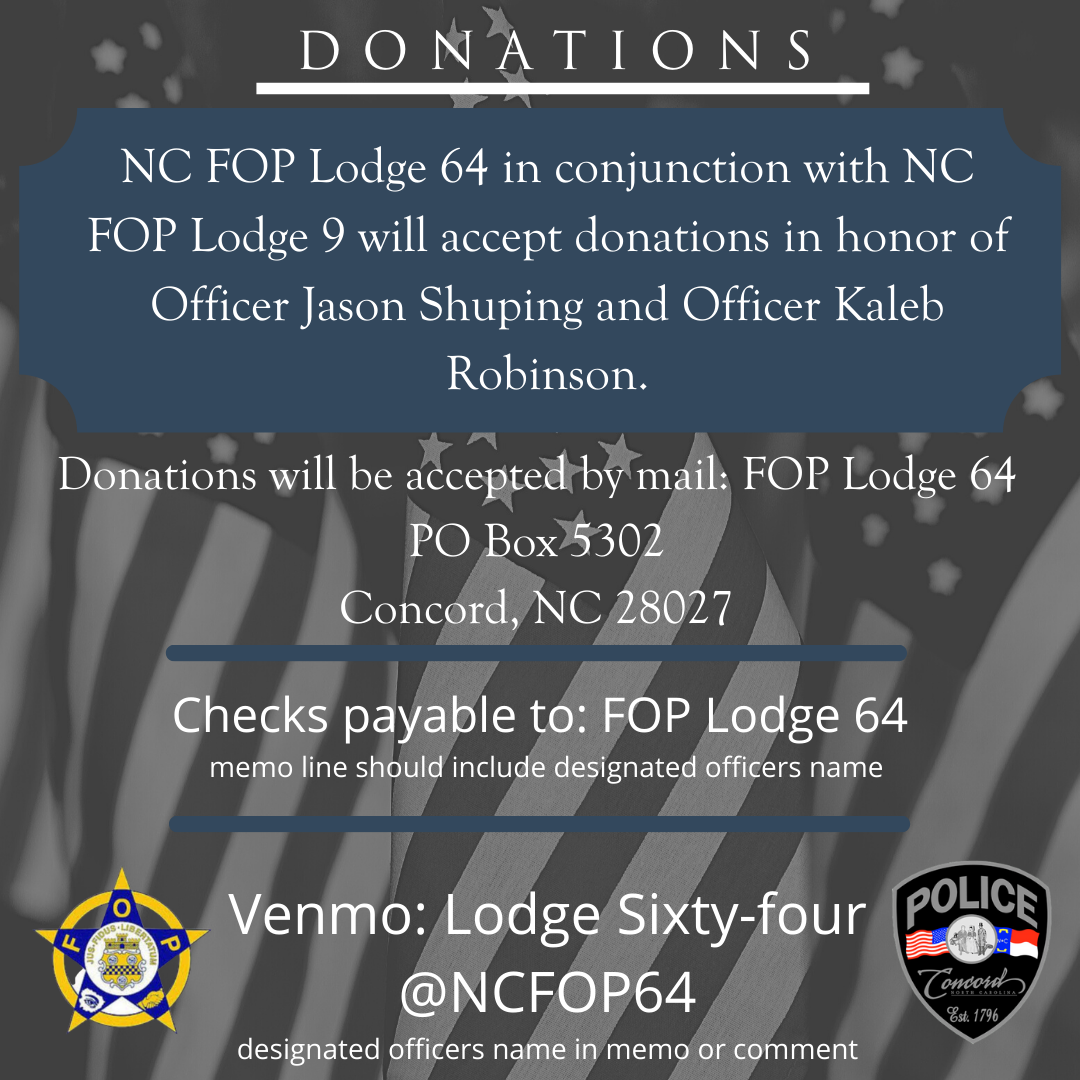