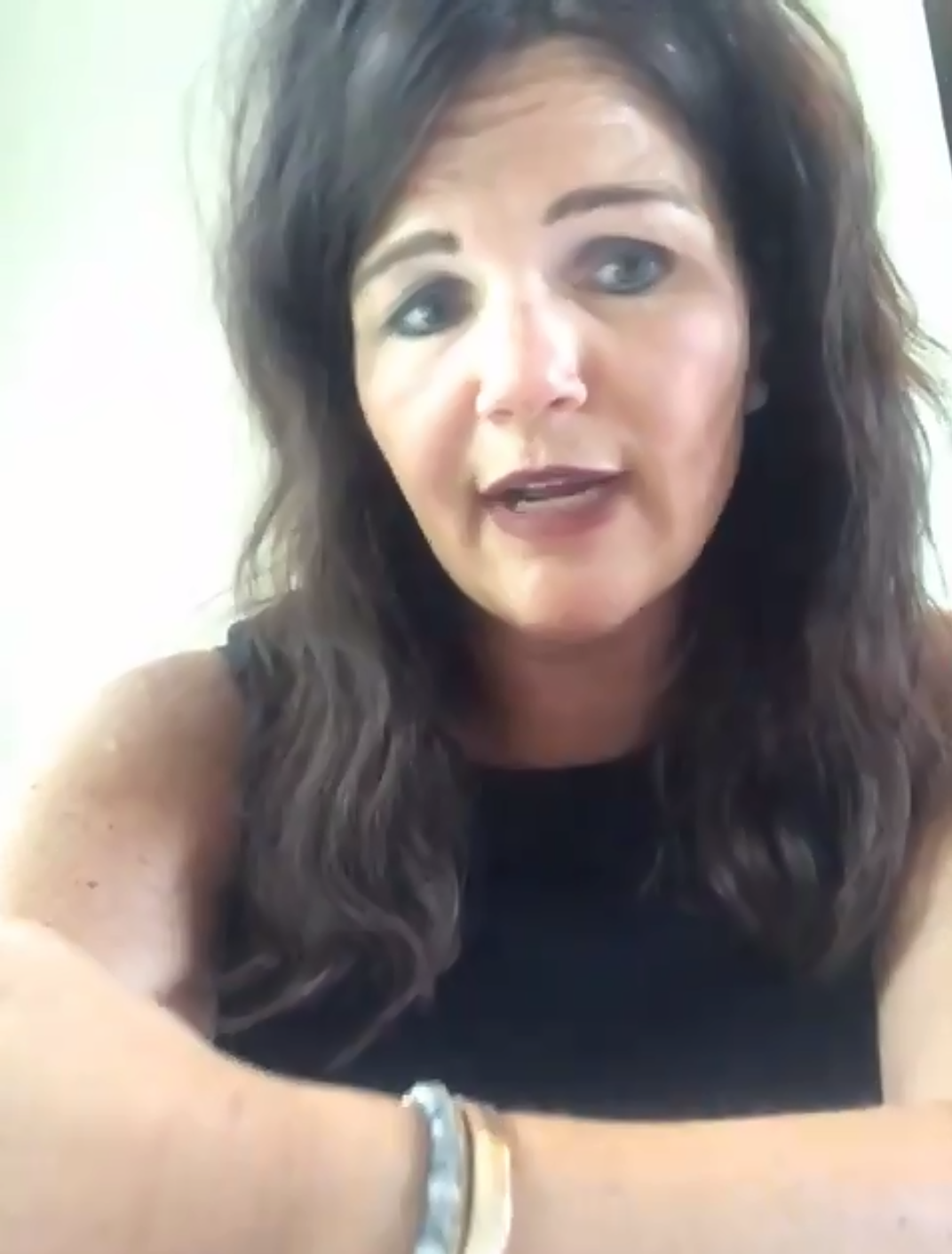 “What’s critical more than ever is for our federal partners to step in and to help and to assist in various areas," said N.C. Sen. Deanna Ballard.

Former Gov. Bev Perdue and state education leaders are calling upon the federal government and internet service providers to help narrow the digital divide for the 2020-21 school year. 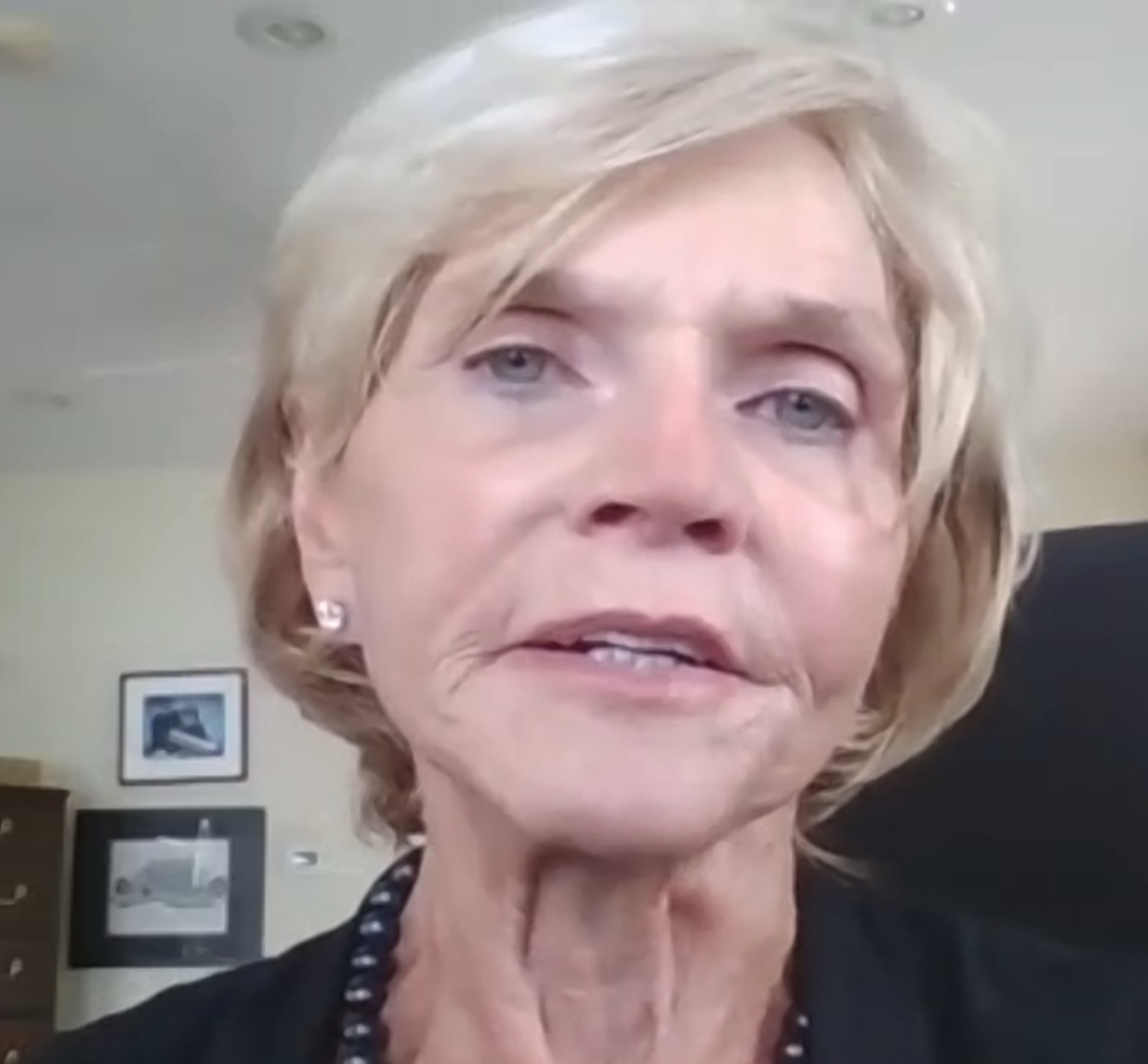 “I would urge you to help me talk to Sen. (Richard) Burr and Sen. (Thom) Tillis and ask them to please support this kind of investment,” said former Gov. Bev Perdue.

RALEIGH — Former Gov. Bev Perdue and state education leaders are calling upon the federal government and internet service providers to help narrow the digital divide in the 2020-21 school year.

With Gov. Roy Cooper ordering schools to take on at least some form of remote learning to start the school year, students across the state must have access to the internet to go to school. While many districts have found ways to address the divide on their own since schools shut down in March, some families still will not have internet connectivity, and districts will struggle to provide access to 100 percent of their students.

The White House and Senate are currently looking at passing a second stimulus bill that could help address these issues, but with what Perdue, who is now the managing director at Perdue Strategy and founder of digiLEARN Institute, is hearing, the assistance may not go far enough.

“I’m being told that the bill to do the country is about $4 billion. That’s not a lot of money,” Perdue said at a virtual press briefing over Zoom on Thursday. “It sounds like a lot of money, but when you think about what that brings home to families and to employees and to communities, as we develop a new life that does have the internet and connectivity at its center of our workplace and at our school place and at our home place, then it becomes a good investment and not that much money.”

Equity in access has been a point of emphasis for both Cabarrus County Schools and Kannapolis City Schools since the shutdown.

Both districts have expressed concern about guaranteeing all students access to the technology they need as well as internet connectivity.

Crystal Hill is the assistant superintendent of curriculum and instruction for Cabarrus County Schools.

Going into online education in March, she had just this issue on her mind.

“One of the things that has been at the forefront of my head is 100 percent access to technology — we’re really, really close,” she said at the time. “A hundred percent access to internet — not as close as the device, but close.”

CCS and KCS ultimately were able to roll out their plans and give students as much access as they could.

The difference now, though, is that if a student didn’t have access at the end of the school year, it did not cost them. Cooper declared grades could not go down during that portion of remote learning. This year, however, all grades count when school begins. Internet access was important to end the 2019-20 school year, but it is vital starting in August.

Perdue said that some people estimate online learning could result in a one-year learning loss for many students who aren’t able to work directly with teachers every day.

Struggling to get remote access could make those problems even worse and create a less-than-equitable environment for the poorest communities in the state, according to Sharon Contreras, superintendent of Guilford County Schools.

“We know remote learning has a very low efficacy rate,” Contreras said on Thursday’s call. “I do believe that is going to improve because it’s getting better and better, and this pandemic has forced us to improve and forced the model to improve.

“However, for many children, especially those with low reading levels in the first place, again, those who are not accustomed to having technology or high-speed connectivity in their homes, this is going to be a huge struggle. So that one-year learning loss is exacerbated for the most vulnerable children. So, I don’t want us to just generalize those numbers.

Many service providers across the nation offered free internet to families with students who didn’t have service up to 100 mps. Spectrum offered this package, but that deal expired June 30.

Guilford County Schools sent buses around to apartment complexes with Wi-Fi hot spots, allowing children to get access when they otherwise couldn’t.

These were temporary solutions when schools shut down in March. School districts will still use them in some fashion, but they do come with a cost. The federal government could help with that.

The House of Representatives passed the HEROES Act in May, which was meant to be a second stimulus bill for the nation. However, Senate Majority Leader Mitch McConnell described it as “dead on arrival” at the time.

The Senate is currently working with the White House on its own second stimulus bill, but arguments have ensued in recent weeks about a potential payroll tax cut and additional unemployment benefits. The $600 of additional UI benefits officially ended July 31. Perdue said she has heard a new stimulus package could pass within the next week or two and address some of these issues, but nothing is set in stone.

N.C. Sen. Deanna Ballard also took part in Thursday’s call. She is the co-chair of the Senate Education and Education Appropriations Committees. She said the state is facing a shortfall in next year’s budget, and if North Carolina wants to narrow this digital divide, the federal government will need to offer assistance.

“What’s critical more than ever is for our federal partners to step in and to help and to assist in various areas,” she said. “The state, as we’ve mentioned, the GREAT (Growing Rural Economies with Access to Technology) Program that I mentioned, there have been over 10,000 households and 600 businesses — from farms to libraries to schools — all these community establishments as well that have been a recipient of what the state has invested in and will continue to invest in, again, over the next decade, and that’s something we’re committed to.

“But just looking at the overall budget picture into the next year, we need help, and this is where we can work together.”

The school year starts in less than three weeks in Cabarrus County and Kannapolis.

“I would urge you to help me talk to Sen. (Richard) Burr and Sen. (Thom) Tillis and ask them to please support this kind of investment,” Perdue said. “For all of the people of North Carolina, not just the children.”

CONCORD — Carolina Mall Cinemas is making the most of things during the COVID-19 pandemic.

Two local groups are holding Ronnie Long support protests in Concord this week to bring awareness to the 44-year-old case.

RALEIGH — North Carolina will remain in a “Safer-At-Home” Phase 2 for another five weeks, Gov. Roy Cooper announced at a press conference Wednesday.

On the Wright Track: Talented Wonder has eyes on championships and scholarships

CONCORD — Leroy and Tameko Washington were newlyweds in 2010, and then they were homeless. Now, they are homeowners.

'Quakes of this size don't occur this often': 5.1 magnitude quake felt in NC and as far away as Atlanta

Officials say an earthquake — the strongest in more than 100 years — shook much of North Carolina early Sunday, rattling homes, buildings and residents.

Still Up in the Air: NCHSAA, CCS delay official start of fall sports yet again, keeping many wondering if games will begin

CONCORD – After Gov. Roy Cooper announced Wednesday his plans to keep the state in Phase Two until Sept. 11, it was quite obvious what this wo…

This makes you more vulnerable to Covid-19

Heat advisories for the Northeast

Heat advisories for the Northeast

“What’s critical more than ever is for our federal partners to step in and to help and to assist in various areas," said N.C. Sen. Deanna Ballard.

Former Gov. Bev Perdue and state education leaders are calling upon the federal government and internet service providers to help narrow the digital divide for the 2020-21 school year.

“I would urge you to help me talk to Sen. (Richard) Burr and Sen. (Thom) Tillis and ask them to please support this kind of investment,” said former Gov. Bev Perdue.