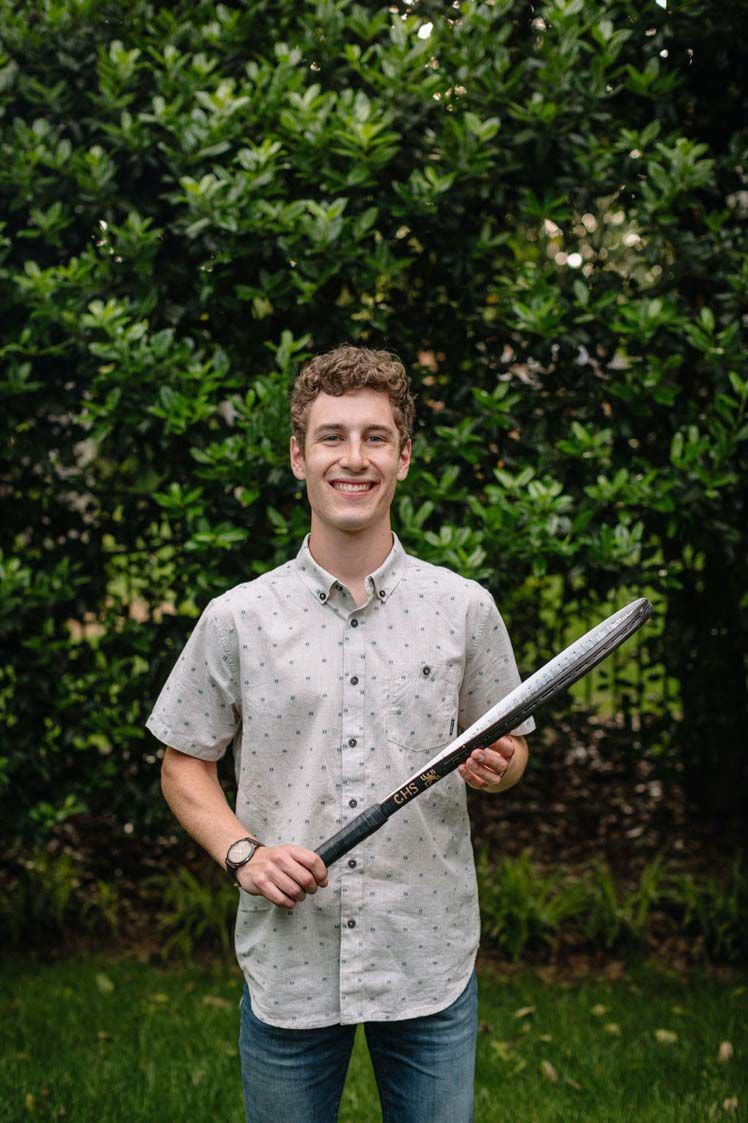 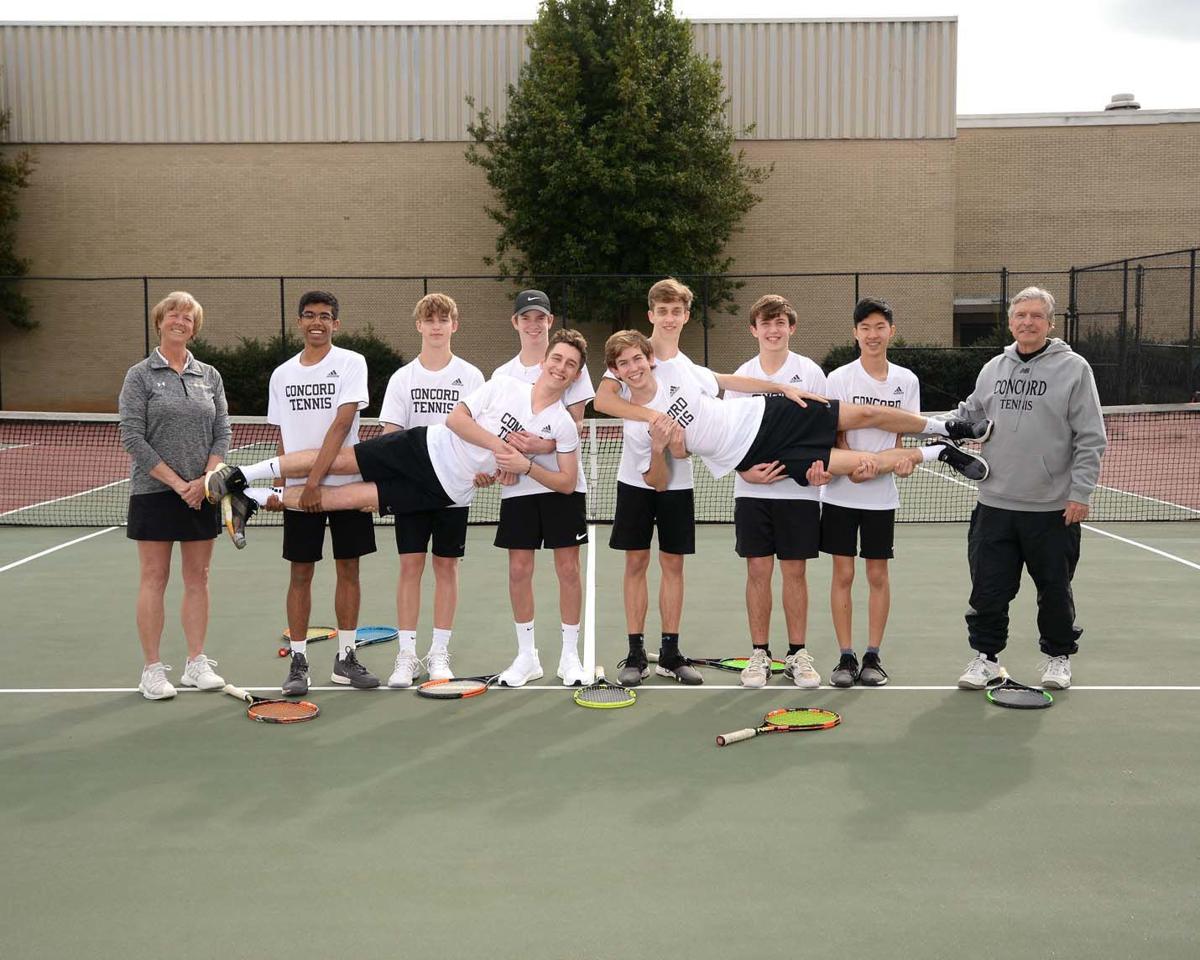 Editor’s note: This story is part of an Independent Tribune series titled “Senior Spotlight” on high school athletes who are currently missing their senior seasons because of the novel coronavirus.

CONCORD — Eric Spaugh is a jack of all trades.

The Concord High tennis standout enjoyed a great career, but tennis is not the only sport he enjoys playing.

In addition to tennis, Spaugh enjoys running, skateboarding, and longboarding, as well as playing football, basketball, ping pong, and ultimate frisbee with his friends. No matter what he is doing, Spaugh is happy when he is being active with his friends.

Spaugh naturally felt disappointed about his senior tennis season being canceled due to concerns over COVID-19, but he is keeping his head up and focusing on what is ahead. And what is ahead? Certainly, a lot of sports with his friends, among other things.

Spaugh shared more about his future, hobbies, tennis career, and a few other topics in a question-and-answer session with the Independent Tribune.

Where were you when you heard the news about the season being suspended?

I was at a friend’s house when one of our teammates sent out an article that said that spring sports were going to stop, starting that next day until April 10. I remember leaving there and driving to what we all assumed was our last practice.

What are your plans after graduation?

I’m planning on attending North Carolina State University in the fall. I’m going to major in Business Administration with a concentration in Finance.

Do you have any plans to try to play on NC State’s club tennis team?

I’ve definitely thought about it. I’m not sure how much I would want to do a club sport because ever since I was in middle school, I have wanted to play ultimate frisbee when I get to college. That’s a game I really love to play. I’ve thought about doing that as well as playing a decent amount of ping pong. I will definitely still play tennis with friends, but I am still deciding if I want to try out for the club team.

Is there a certain athlete you try to model yourself after?

When I look at tennis, I think about Novak Djokovic. I think about his work ethic coming out of Serbia when they were in the middle of a civil war. He wasn’t able to play a lot. For me to have the ability to play every day is something really special. Even some professional athletes didn’t have that.

What has it been like to play tennis at Concord?

Tennis at Concord has definitely been the highlight of my high school career. I always looked forward to spring. And Concord has a great history and tradition of winning, especially with tennis. Playing for Concord has been awesome. Coach (Pam) Beecher has been our coach for almost 20 years. Her ability to develop players and bring teams together has been really special.

What is your favorite memory from playing tennis for Concord?

I have a memory from both doubles and singles. For doubles, my sophomore year, my partner and I won the Conference Tournament despite coming in with a losing record. In singles, last year, in the playoffs, we met an undefeated team (South Iredell High). We ended up beating them 5-4, and I won a match in a tiebreaker. It ended up being one of the longest matches I’ve ever played, it was almost three hours.

What are some of your hobbies?

I have a lot of hobbies. I don’t really stick to one thing for a long time. Over quarantine, I’ve gotten into skateboarding and longboarding a lot. I pretty much play any sport; basketball, football, tennis, ping pong (if that counts as a sport).

What is your favorite movie or movie series?

I love George Lucas movies, particularly ‘Star Wars’ and ‘Indiana Jones.’ But when it comes to a standalone movie, I’d go with “Fletch.”

What are your thoughts on the new ‘Star Wars’ trilogy?

If you were stranded on an island and could only bring three things, what would they be?

I’d definitely bring a hat; I have a lot of hats and they are something extremely important to me. I’d also bring my Bible and a Nalgene water bottle.

What has been your favorite class in high school?

Advanced Physical Education in my sophomore year with Coach (Barrett) Krueger. It was fun to be in his class; he brought a lot of energy and excitement. It was good to do something less academic during the day.

Where is your favorite place to eat?

I’m definitely a fan of Freddy’s.

If you won a million dollars, what would you do with it?

The “correct” answer is to invest, which I definitely would do some. It would be cool to give money to people who have helped me grow up and become who I am today. I also think donations to the community would be awesome. I’d probably also get myself a really nice car, maybe the new Chevy C8 Corvette.

If you could meet and have dinner with any person from history, living or dead, who would it be and why?

I would meet with Nikola Tesla. He helped invent the light bulb and a lot of other inventions. I’d just like to sit down and talk with someone who is very different from me and can create new things. I’d pick his brain about his creative process.

Where do you see yourself in 10 years?

I guess I would be married by then, so starting to settle down. Hopefully, I’ve gotten a good job out of college. I’ve also thought about going to get my MBA, so maybe I’ll have done that already. I’d like to either stay in North Carolina and live in Charlotte or move to Virginia.

The Power of Patience: Trojan supremely focused on traveling the road to success

Big-Game Gable: Whether it's singing the anthem before the game or playing in it, Spider thrives under pressure

Onward, Christian Soldier: Central Cabarrus baseball player fights to shine on and off the diamond

Trump threatens executive action if no stimulus is passed

What we can learn from Covid-19 for the climate crisis

What we can learn from Covid-19 for the climate crisis