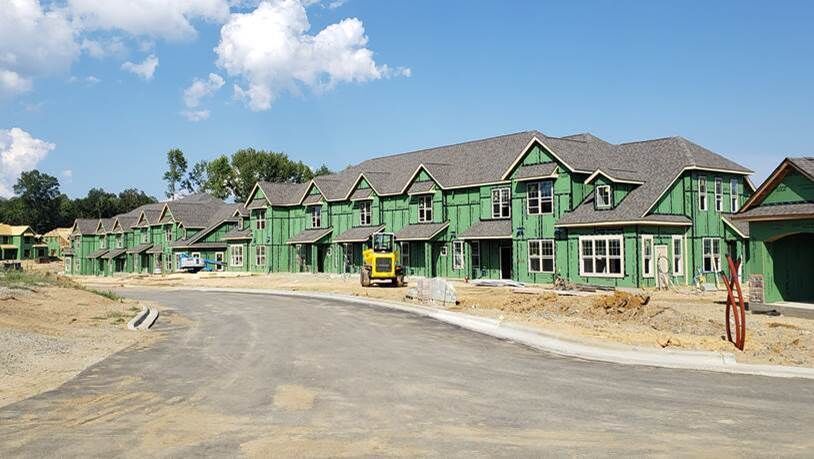 The Coddle Creek townhomes and garden units are under construction at Barr Road and Kannapolis Parkway. 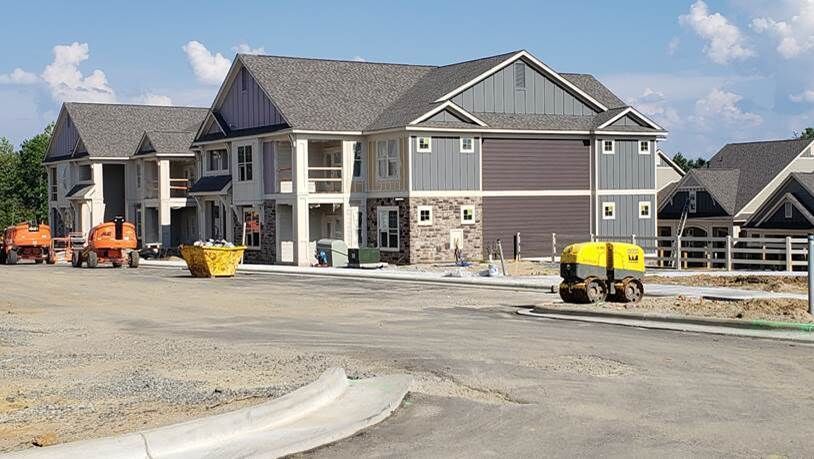 The Coddle Creek townhomes and garden units are under construction. 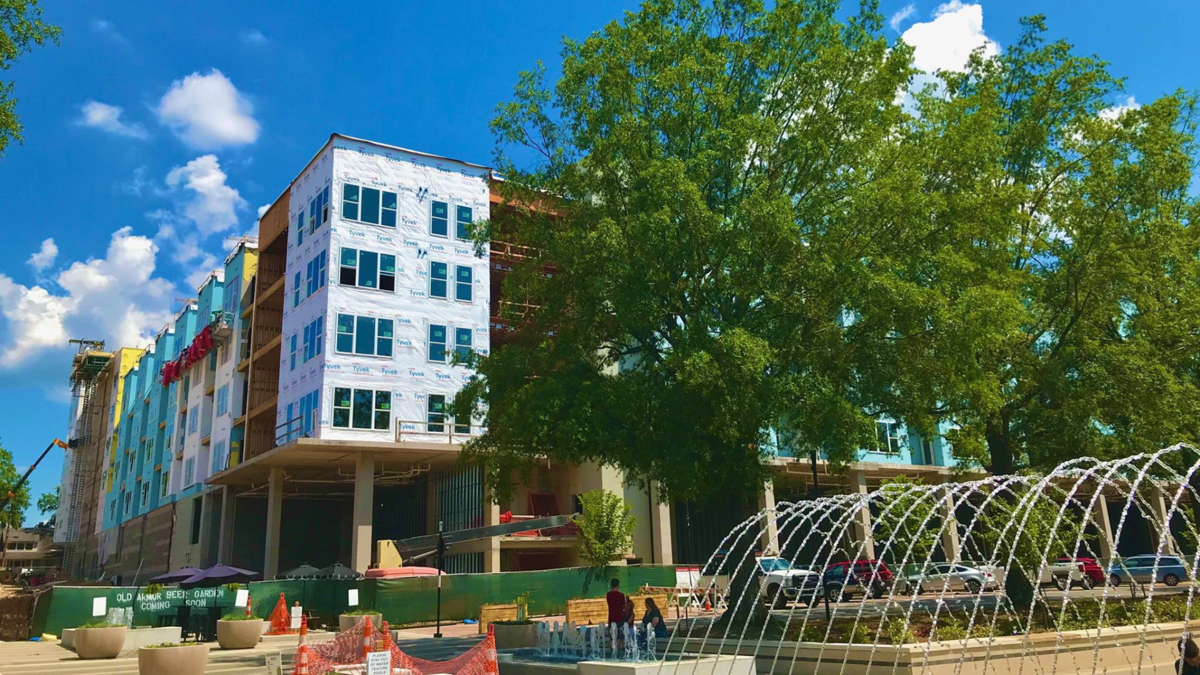 VIDA, a mixed-use project of apartments, restaurants and commercial space is under construction on West Avenue in Kannapolis.

The city of Kannapolis continues to see a trend of positive growth in both residential and commercial development as a result of the Kannapolis City Council’s emphasis on strategic economic development policies and investments.

In the first half of 2020, the growth in the single-family residence market continues, with over 200 permits issued to date.

Growth continues to occur primarily in the western corridor of the city, especially along the Kannapolis Parkway. The city has captured the attention of several national developers such as D.R. Horton, Lennar, Pulte and MI Homes, which are now building houses in Kannapolis. Residential development of the Kellswater, Austin Corners, Trinity Crossing and The Falls neighborhoods is underway. Apartment developments include VIDA, Hawthorne at the Glen and Coddle Creek.

An additional healthy sign is the number of infill development projects, including Grand Sabana, Martin Circle Townhomes and Hillside. These projects will be in the older, established sectors of the city.

Development related to the Downtown Revitalization Project includes VIDA, the mixed-use district of 284 apartments, commercial and restaurant space, which will open in January, and Pennant Square Townhomes, which will have 128 units.

“We continue to see the benefits of our investments in water and sewer infrastructure. The investment in our transportation corridors, such as Kannapolis Parkway, West Avenue, Main Street, and the new I-85 Exit 65, are leading the developers and companies to our city. This means new jobs and opportunities for our residents,” said Kannapolis Mayor Darrell Hinnant.

Other factors contributing to the development of the city include a high quality of life for people, the I-85 corridor, proximity to the Charlotte region and a welcoming attitude to companies.

“As growth happens in the Charlotte region and moves up the I-85 corridor, companies and people look for nearby cities to move to that offer welcoming business atmosphere and great quality of life for their employees,” said Kannapolis City Manager Mike Legg. “We have a forward-looking City Council and staff who have invested in the right things to ensure we attract quality companies and grow responsibly.”

In the last three years, the city has welcomed a 1-million-square-foot Amazon Distribution Center, the Linder Industrial Machinery Co., and the N.C. Food Innovation Lab. Newly announced is the Prime Beverage Manufacturing facility on Kannapolis Parkway. Each of these facilities has brought hundreds of jobs to the city. The new Atrium Health Ballpark and West Avenue Streetscape also have been completed.

“We have a total of 7,400 residential units approved or under review at this time. These are single-family homes, apartments and townhomes. With this growth, the city’s Planning Department is continuously looking for ways to improve the development plan review and approval process to facilitate that growth,” said Zac Gordon, director of Planning. Earlier this year, the city made the transition to the Accela electronic plan review, approval and permitting system. Planning forms and applications also have been updated to make the development plan review process easier.

The Planning Department is in the final stage of updating its Unified Development Ordinance. This document, to be known as the “Kannapolis Development Ordinance (KDO),” will be a modernized and user-friendly set of development regulations that will further streamline the development plan review process and will implement the city’s Move Kannapolis Forward 2030 Comprehensive Plan. Completion of the KDO is anticipated by the end of 2020.

“With this growth in houses comes new residents to our city. We are also strategically planning and investing in capital projects such as two new fire stations, greenways, parks and additional infrastructure in order to continue our tradition of quality services for our residents,” Legg said.

The Cabarrus County Board of Education filed a Resolution of Censure in respect to Laura Blackwell’s comments at last week’s meeting, during w…

Watch Now: Thousands evacuated in Napa Valley due to wildfires

Watch Now: Thousands evacuated in Napa Valley due to wildfires

The Coddle Creek townhomes and garden units are under construction at Barr Road and Kannapolis Parkway.

The Coddle Creek townhomes and garden units are under construction.

VIDA, a mixed-use project of apartments, restaurants and commercial space is under construction on West Avenue in Kannapolis.