Gov. Roy Cooper issued an executive order Saturday, May 14 closing public schools and blocking gatherings of more than 100 people. The order came days after the governor announced a statewide emergency legalizing such measures to prevent the spread of COVID-19. Some North Carolina churches immediately changed weekend services, opting to hold church online. Others canceled services outright, instead opening church buildings intermittently for parishioners to pray and worship in seclusion.

Cooper has no constitutional authority to force churches to close, said Rep. Larry Pittman, R-Cabarrus, and a few members of the General Assembly are considering actions “to persuade the Governor to reconsider this matter and back away from acts that violate our State and U.S. Constitutions.”

Pittman, a pastor from Concord, says the rule won’t affect the church he serves. But he’s worried about the impact it may have on other religious bodies.

“There would be no harm in Governor Cooper making such recommendations to churches and other religious institutions, to which they could voluntarily comply if they so choose,” Pittman told Carolina Journal. “However, by making it an order, under which churches or church leaders could be held liable to such things as fines and imprisonment for noncompliance, Mr. Cooper has drastically overstepped his authority.”

If a state targeted only churches for closure, that would be unconstitutional, said lawyers David French and Sarah Isgur in their March 16 legal podcast, Advisory Opinions. But state closure orders responding to COVID-19 “represent classic examples of a ‘neutral law of general applicability’ that are presumptively lawful,” French and Isgur said.

“If restaurants and bars and movie theaters are closed at the same time, churches won’t enjoy any special protection under the Free Exercise Clause.”

In a news conference Tuesday, March 17, where Cooper issued another executive order closing dining rooms in private clubs and restaurants, a reporter asked about church closings and the enforceability of the ban on mass gatherings.

“No one wants to enforce these kinds of orders,” Cooper said, “but we need to show the seriousness of the situation.”

It’s up to local law enforcement to handle enforcement, he said. CJ reached out to N.C. Sheriff’s Association spokesman Eddie Caldwell for comment, but received no response by press time. On March 14, Caldwell emailed all North Carolina sheriffs, public safety officials, and legislative committee leaders with guidance about enforcement. Churches were included in the state’s 100-person limit for regular services, weddings, or funerals, Caldwell said. Operations like regular church office hours were exempt from the ban.

But the definition of “mass gathering” leaves some room for clarification about whether church services are truly banned, said Jon Guze, director of legal studies at the John Locke Foundation.

“A mass gathering does not include normal operations at airports, bus and train stations, medical facilities, libraries, shopping malls and centers, or other spaces where 100 or more persons may be gathered,” Cooper’s order says.

“If normal church services are prohibited, then one could argue that the order is being implemented in a discriminatory manner,” Guze said. “But, at this stage, I think the best approach would be to simply assume normal church services are permitted and point out to anyone who disagrees that it would be both unconstitutional and wrong to treat normal operations at churches differently from normal operations at airports, bus and train stations, medical facilities, etc.”

CJ reached out to Cooper’s press office for clarification, but received no response by press time. During his Tuesday news conference, the governor answered a question about church closings by reiterating that all gatherings of more than 100 people are banned.

“Lives are at stake,” Cooper said.

If someone wanted to create a lawsuit from the current situation, they could, said former N.C. Supreme Court Justice Bob Orr, but it wouldn’t be a very strong case.

On one hand, the government is interfering with peoples’ ability to worship in person, Orr said. On the other hand, Cooper’s executive order is lawful and responsive to a public health incident.

States hold power to declare quarantines, curfews, and other restrictions in the case of an emergency, Guze said.

“Given all of that, and given that the governor appears to have obtained the concurrence of the Council of State as required under the [law], there is little doubt that the prohibition on mass gatherings is legal under both the N.C. and U.S. constitutions,” Guze said.

The prohibition on mass gatherings impedes protected rights like the free exercise of religion, the freedom of speech, and the right to assemble, but those limits are considered constitutional if in the public interest — and are narrowly tailored to that interest, Guze said.

If a religious freedom lawsuit arises from Cooper’s ban on mass gatherings, it’s not likely to get a warm reception in court, Orr told CJ. While churches are limited as to how they can meet, they haven’t been banned from worshiping online or from meeting in smaller groups.

“It would not be a lawsuit I would want to bring in the sense that it’s a practical matter,” Orr said. “It’s not like communications with your church are being eliminated.”

Limitations do exist if you don’t have a computer or aren’t online, Orr said.

“But I think this wouldn’t be perceived as interfering with the freedom of religion,” he said. “You’re just limiting the physical gatherings for a short period of time.”

Pittman doesn’t see it that way.

“If this sort of government overreach is not challenged, it opens a Pandora’s box of further trampling of the rights of our citizens and of our Constitutional Republic,” Pittman said. 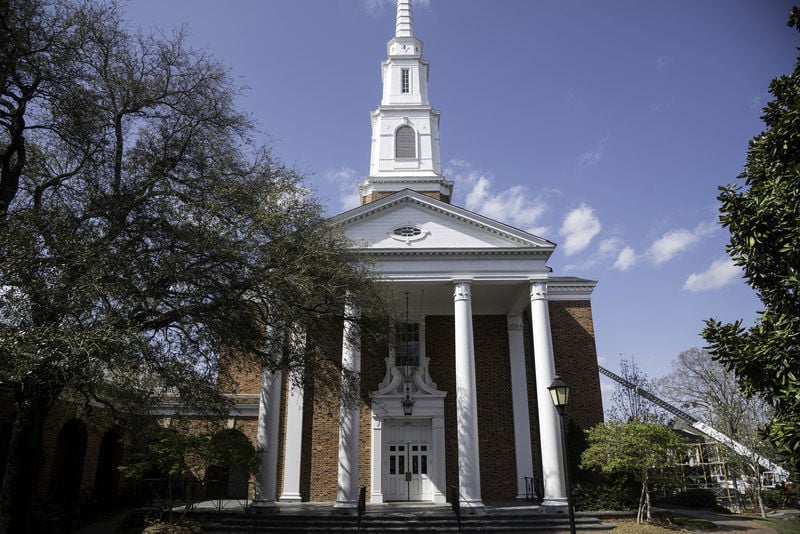 Many churches closed last Sunday, including several in Cabarrus County had made the decision before the governor's order. Others fell under the 100-person directive. Courtesy of Good Free Photos 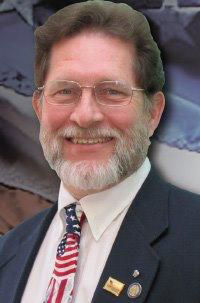