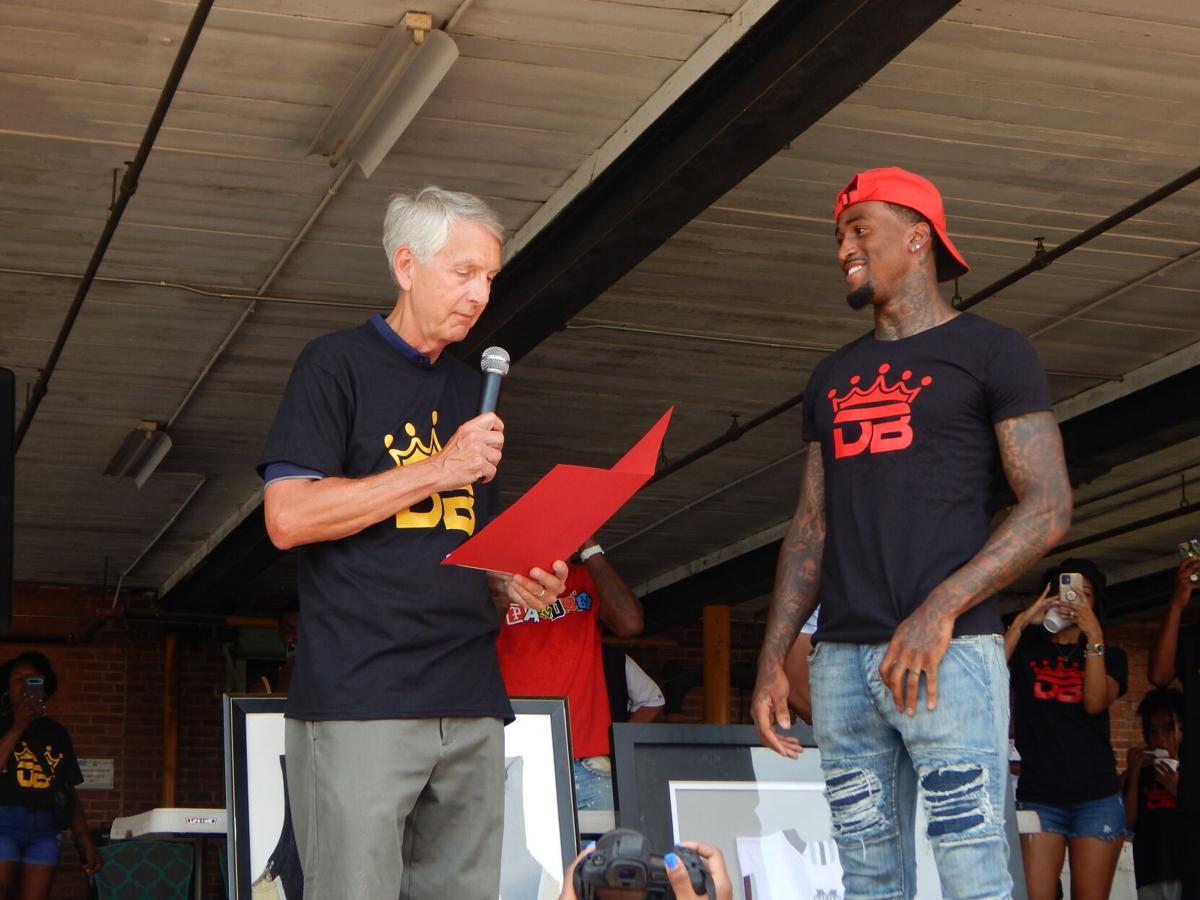 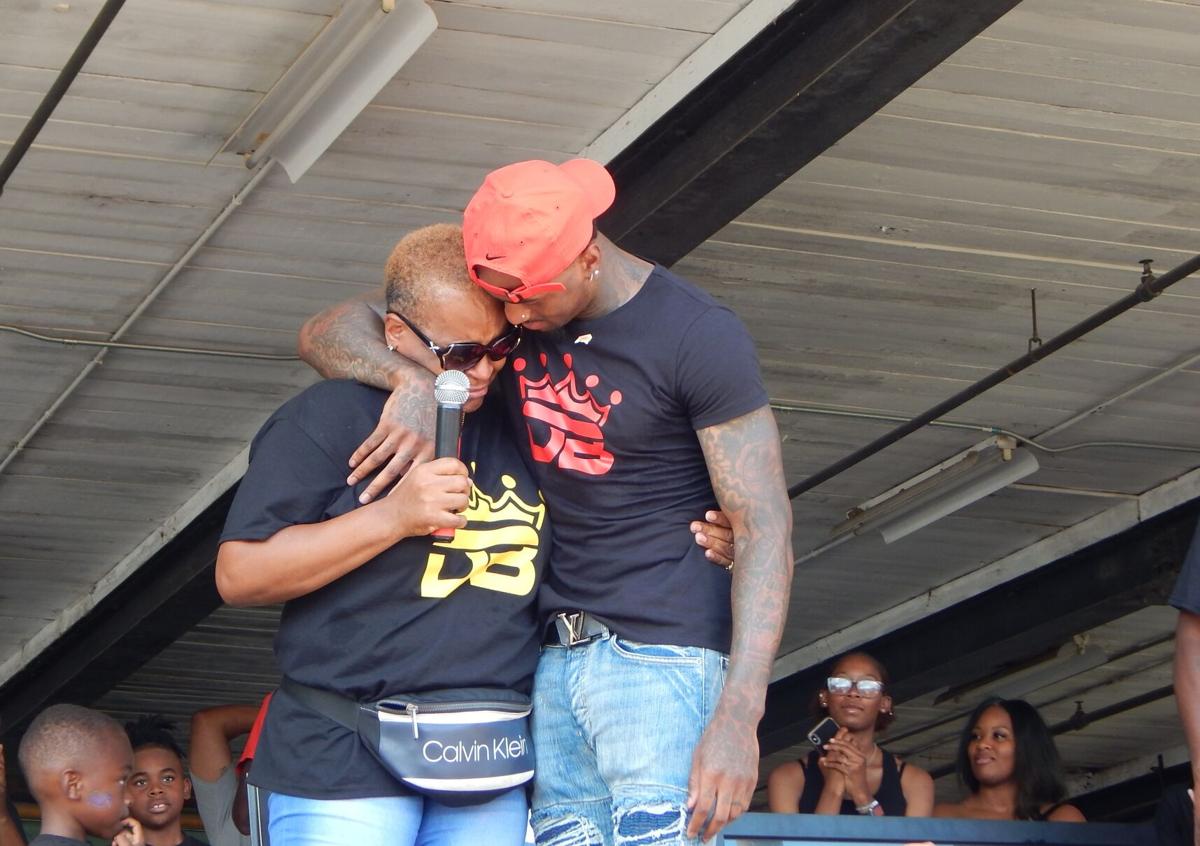 Dee Bost embraces his mother, Frances Bost House, as she addresses the crowd at the festival and shares how proud she is of her son’s accomplishments.

The city of Concord has honored former Concord Spider and professional basketball player Dee Bost with a day dedicated to him and his accomplishments here in Concord and internationally.

At the Vegan Vibe Music Festival outside Cabarrus Brewing Co. on Sunday, July 18, Demarquis “Dee” Bost was present as Mayor Bill Dusch read the proclamation for Dee Bost Day. Bost’s family, including his wife, children, mother and father were present as well.

Morathi Howie, founder of the Vegan Vibe Music Festival, said the festival’s board was excited to host the proclamation reading.

“We are honored to have Dee Bost, the mayor and Council member (Ella Mae) Small here for this day in Concord history,” Howie said.

As Bost and Dusch stood in front of two of Bost’s former basketball jerseys from his days in Concord, the proclamation was read aloud. Starting with Bost’s childhood, when he would get basketballs stuck between his legs while dribbling, to his basketball and state championships as a Spider, the proclamation recounted Bost’s story.

Bost spoke with the Independent Tribune after the proclamation.

“It is really exciting to be back home and see all of my friends and family,” Bost said. “I am just grateful to the mayor and everybody that made it happen.”

Bost started playing basketball at the Cabarrus County Boys & Girls Club when he was 5. Later, he joined an AAU basketball team before he eventually went to Concord High School.

During his senior year, Bost played on the basketball and football teams when the Spiders become the first 3A school in North Carolina history to claim state titles in both football and basketball. Bost was named MVP in both sports.

Concord High School Coach E.Z. Smith was present at the proclamation reading and recalled Bost’s days on the team, saying he knew Bost was going to be a hardworking and capable player. Smith commended Bost on his accomplishments.

“I love Concord, and I love Concord basketball and football,” Smith said, “but I am so proud that today is Dee Bost Day and we will honor him for the rest of his life.”

After graduating high school, Bost later played at the Hargrave Military Academy in Virginia, where the team had a 29 and 0 season and made it to the 2008 National Prep Championship. And later, he attended Mississippi State and played four years as a Bulldog.

Recently Bost has played on the AS Monaco Basket in France, which won the 2020-21 EuroCup.

Bost’s mother, Frances Bost House, came up on stage after the proclamation was read and embraced her son. She thanked the city and community for their support.

Later, she spoke with the Independent Tribune about the emotional day.

“This is an exciting day for all of us. I am so proud of my son. And I just thank God and everyone else for their love and support that people have showed today,” she said.

It was announced at the proclamation reading that Bost signed last week for next season with a team in Istanbul, Turkey.

Dee Bost embraces his mother, Frances Bost House, as she addresses the crowd at the festival and shares how proud she is of her son’s accomplishments.