The Cabarrus County Board of Education voted 6-1 Monday to approve the Internal Planning Team’s realignment recommendation for the new middle school set to open in 2022. Carolyn Carpenter was the lone member who opposed the motion.

“I’d like to thank the staff and everyone involved for the commitment that they made to try to get this right,” said Tim Furr, vice chair of the Board of Education.

The realignment also applies to high schools and elementary schools in the area, but the hot topic of discussion was the middle school over the last several months. One group of community members whose children live in the Christenbury and Highland Creek neighborhoods organized a petition opposing the IPT’s recommended realignment plan — also called Option BLUEr. That petition ultimately amassed more than 1,800 signatures.

This group even formulated its own alternative plan that went through several changes and ultimately ended up going by the Green+ Plan. The group presented its plan to the Board of Education over the span of multiple meetings, including at the regular meeting two weeks ago.

“I think if you look at this Green Plan, it has so many benefits for so many students that to not use it shows that you’re only focused on moving numbers around, because that’s the only benefit in the two plans that are currently on the table,” said Catherine Parrish, a Christenbury parent and creator of the initial Green Plan, in a phone call in March. “It’s just moving numbers around to currently balance out utilization. Our plan does move students around, absolutely, and in fact it does move a few more students around, but it has so many more benefits to it, that to ignore those benefits means you’re just not paying attention and you find it more important to just treat the kids as numbers.”

These parents demonstrated outside three Board of Education meetings and asked elected officials to vote against the IPT’s recommended plan. Both parents and students gathered outside the Education Center and asked for the board to listen.

This was not a decision the Board of Education came to quickly. The original vote for realignment was planned for a meeting in April, but the board pushed it back to Monday’s meeting so members could get more information and make a more informed decision on the realignment. While Monday’s discussion was not nearly as long as the one that resulted in the pushed back vote in April, there still was not a consensus on what should be done, which is why Carpenter opposed the vote.

“Nine hundred and thirteen students are going to be going to the wrong school if you select the IPT recommendation,” Liz Altschuler, a parent representing the group proposing the alternative Green+ Plan said. “How can you do that? How is that acceptable?”

“First of all, I want to thank everybody … the staff that participated, the parents that participated, (but) I do have concerns, which I have stated numerous times,” she said. “The problems with going over the interstate; the turns that are made. I still have my concerns with the distances that are having to be traveled.”

She continued: “I can’t believe that we can’t come up with something even better than the Blue Plan. That there couldn’t be a better plan that could be worked out.”

Parents from the Christenbury and Highland Creek neighborhoods opposed Option BLUEr due to several factors, one of which was that there is a more than eight-mile route to the new school requiring a trip over Interstate 85 through heavy traffic.

Aside from Carpenter on Monday, each Board of Education member spoke about how challenging the process was. Several board members sat on committees that discussed the realignment. Additionally, they were sending questions and emails for the last two weeks to try to learn as much as they could to make an informed decision on the realignment.

This is the second year in a row that Holly Grimsley, Laura Blackwell, Rob Walter and Carpenter have had to make a decision on realignment. This time, Blackwell got to see the process from a different perspective and, while her decision was not easier this year, she felt more comfortable seeing the hard work people put into the process.

“I feel like they were very thorough,” she said, “with the maps and the numbers and just trying to align everything the best way possible without having any more kids than necessary that had to be moved or transported elsewhere.”

Last year’s decision on the realignment for Cox Mill Elementary did not make everyone happy. In the final public comment session before the vote on realignment, members of the community were split down the middle, with some in favor of the plan and others opposed.

Monday’s decision was one facing a similar fate, and members of the community who started the petition opposing the plan were disappointed by the decision.

“As we were watching the board vote for the IPT plan, my 9-year-old son in fourth grade said, ‘Dad, I can deal with the extra time in the bus, but I am really sad that I will lose most of my friends because they are from Winding Walk.’ His comments sum up the negative consequence of this realignment,” said Sameer Arora, the original creator of the petition for an alternative plan, in a text message Tuesday morning. “I wish IPT and the board had paid more attention to MS to HS feeder patterns and commute rather than just being focused on utilization. If they did, they would have been able to appreciate the factual benefits of the Green+ plan and even gotten them vetted out by an unbiased professional.

“It is unfortunate that they always saw it as IPT vs Green+ plan vs. looking at us as partners.”

The Cabarrus County School Board voted 6-1 in favor of the IPT’s option for middle school realignment at Monday’s meeting. 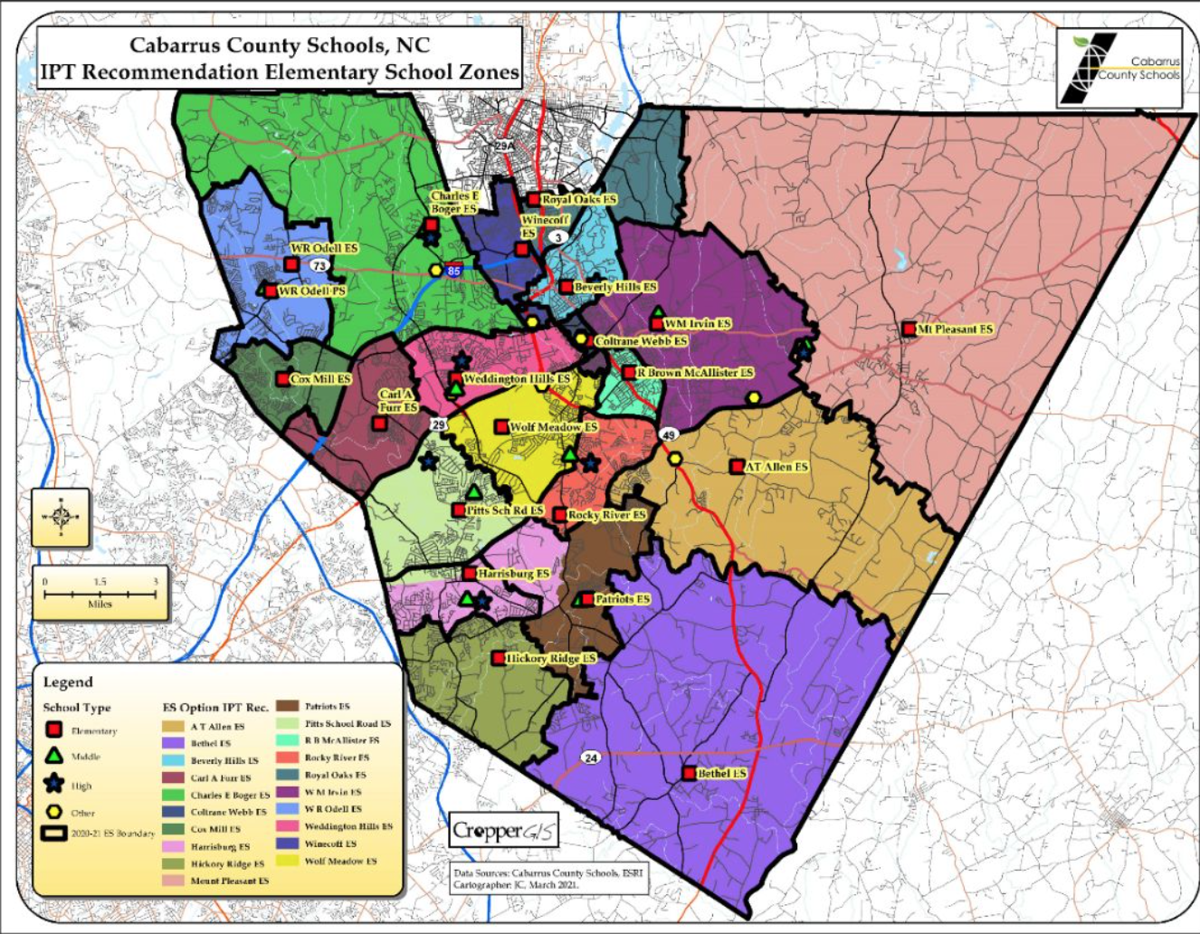 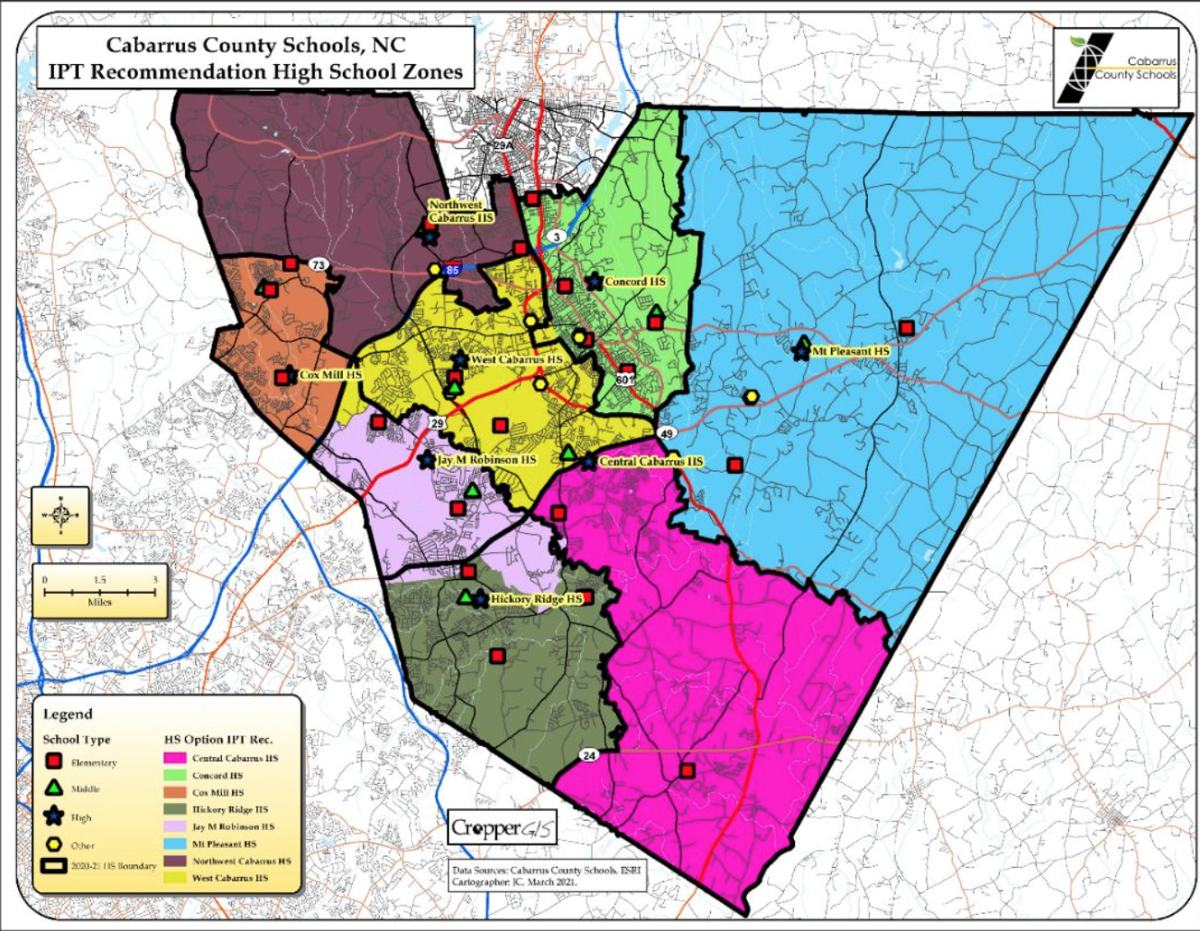