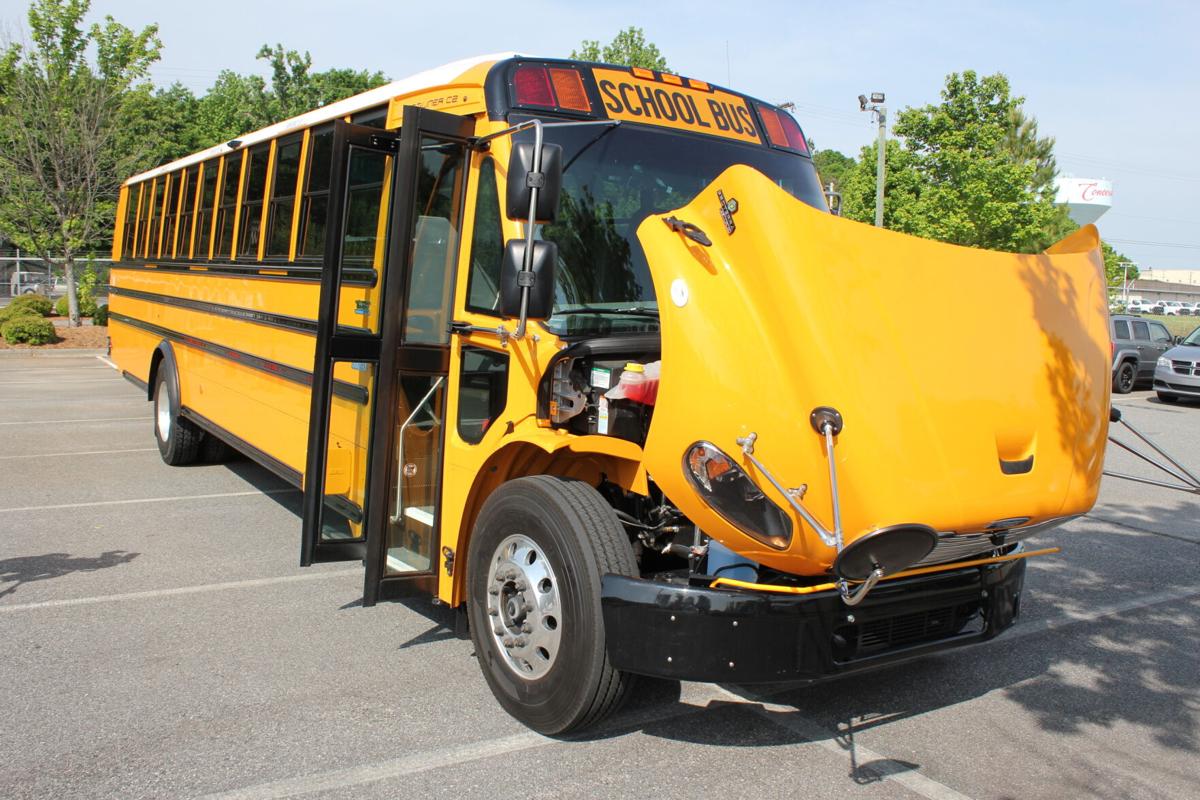 Cabarrus County Schools shows one of the zero-emission buses set to go into circulation in the district next year. 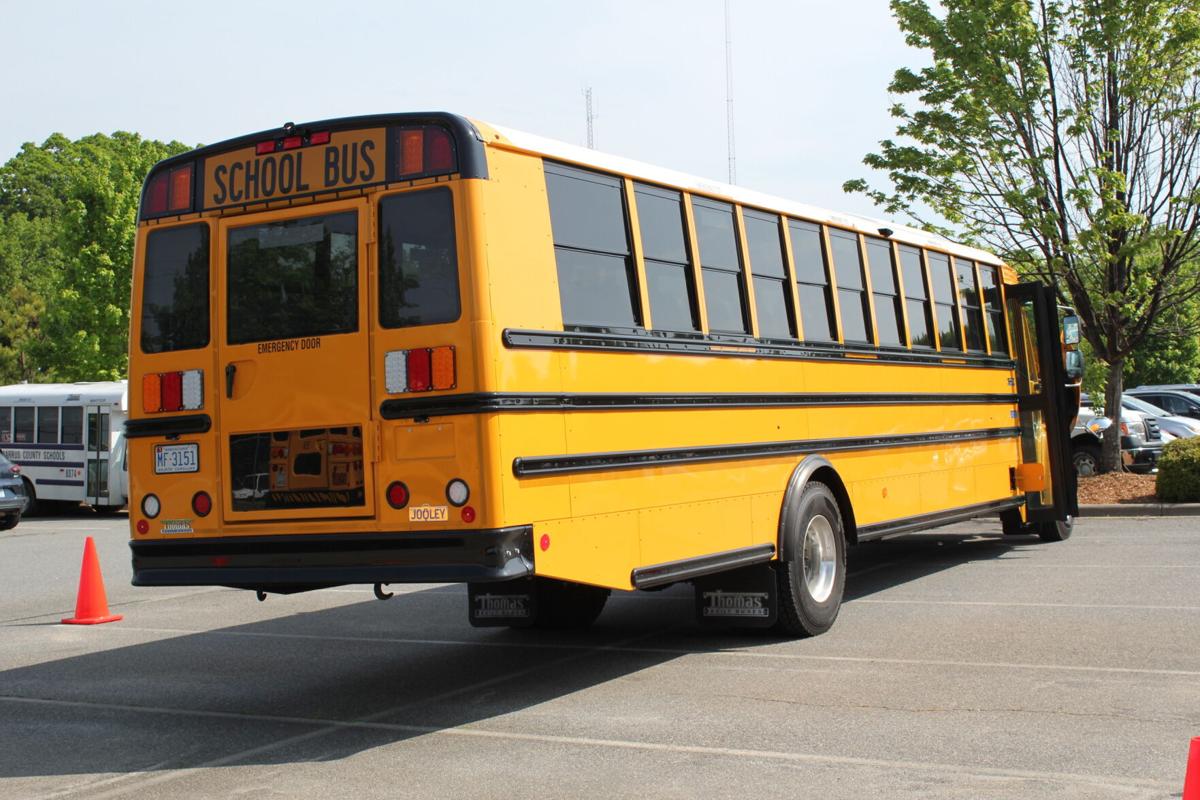 The buses have a 135-mile range and take three hours to charge. 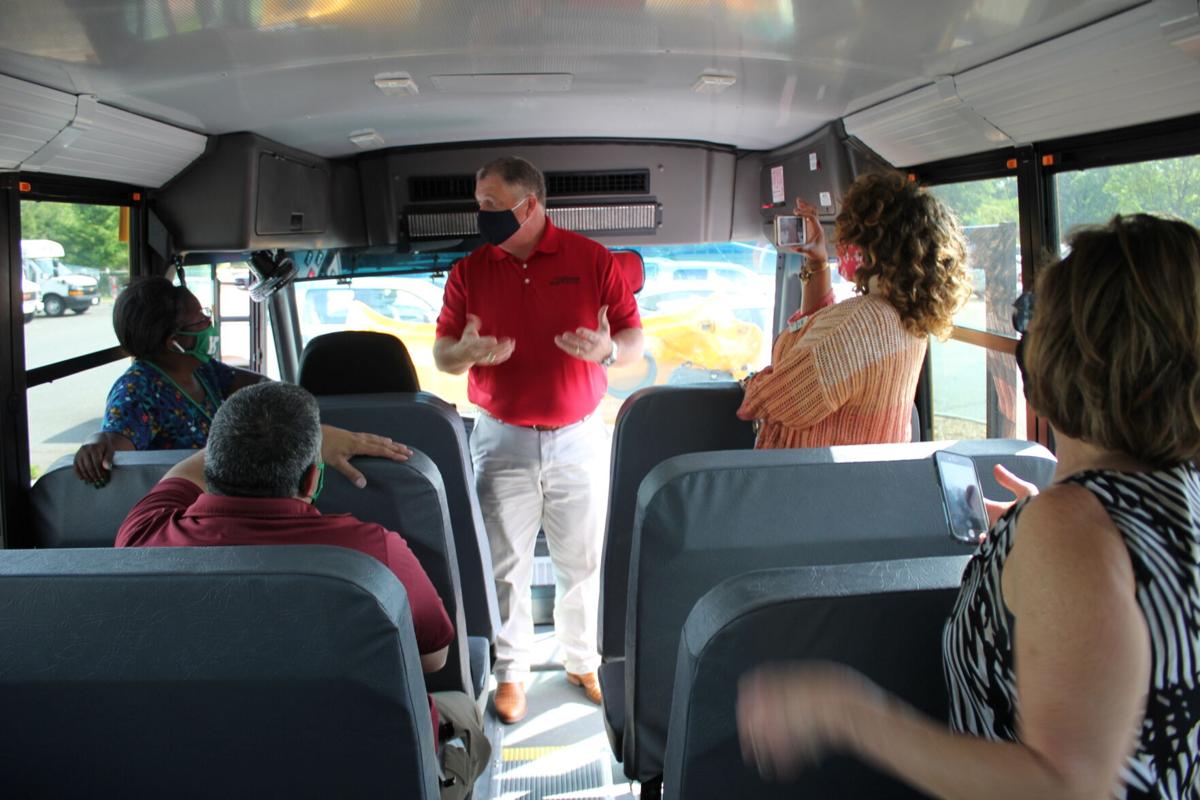 Once CCS gets the go-ahead from the state to order the buses, it will take six to eight months for the vehicles to be prepared and shipped out to the district.

Cabarrus County will soon be getting three zero-emission buses to add to its school fleets in the near future.

Daimler Global, the largest commercial vehicle manufacturer in the world, had 60 buses already operating within the country and carrying students to and from school every day.

“It’s an incredibly efficient vehicle,” said Steven Johnson, Southeast District sales and service manager for Thomas Bus, on Tuesday. “We’ve already got 60 buses out on the road in circulation all the way to Tok, Alaska. We’ve got one up there doing cold weather testing, but with the school district running routes on it every day. The mayor rides on it from time to time just because he’s so excited about the new technology.”

Cabarrus County Schools offered a preview of the bus to media members Tuesday. The vehicle has a top-end speed of 65 miles per hour, with a 135-mile operating range. It charges within three hours. However, there is another battery on the way that will charge the bus in half the time.

The school district is anticipating adding the buses to its fleet at some point during the next school year. The buses came at no cost to either district.

The vehicles are the result of the district’s participation in an N.C. Department of Public Instruction pilot program supporting clean energy. After a settlement with Volkswagen in 2016 after it was found the automaker installed software in its 2.0 liter diesel engine vehicles to disable emission controls under normal use and to turn on emission controls only when the vehicle was being tested, the company was ordered to pay $14.7 billion to settle the allegations. That settlement was divided among the country to create a National Zero Emission Vehicle (ZEV) Investment Plan and spend $2 billion on ZEV infrastructure and programs and activities aimed at increasing public awareness of zero-emission vehicles.

The state of North Carolina was on the receiving end of some of those funds and will use them to replace older technology with new technology. A number of buses will be bought and distributed to move toward clean energy.

When Cabarrus County Schools Director of Transportation Art Whittaker learned the state would be distributing the new electric buses after receiving funds from the settlement, he jumped at the chance.

“When they first floated that idea out, I said, ‘I’m on board. I’ll do it,’” Whittaker said Tuesday. “So we signed a memorandum of understanding with the state of North Carolina to be able to pilot electric school buses in this county.”

The state has not yet released the funds from the settlement, but once it does, it will be six to eight months before Cabarrus County can put the vehicles into circulation. But the vehicles can be used in other situations as well.

Equipped with Vehicle-To-Grid Technology, the power stored in the batteries can actually be put back into the city’s power grid. There is enough strength in the batteries to power buildings or other facilities if needed.

Add that to zero emissions and an almost silent vehicle when running and Cabarrus County has added a valuable piece to its community. Whittaker hopes this is just be the beginning.

“We’re hoping that this could start something,” he said. “If you look at the vehicle, you’ll see that maintenance is a lot easier. We don’t have any diesel fuel we’re going to burn, and we don’t have the maintenance cost, so you add all those savings up — the bus is more expensive — but over the long run, you’ll probably see some financial gains there.

“As well as it’s clean energy, it’s not burning any emissions, so we’re doing the right thing by being partners with the community.”

Students in the Rowan-Cabarrus Air Conditioning, Heating and Refrigeration Technology program are recruited heavily by local companies, and many have jobs even before graduation.

Cabarrus County Schools shows one of the zero-emission buses set to go into circulation in the district next year.

The buses have a 135-mile range and take three hours to charge.

Once CCS gets the go-ahead from the state to order the buses, it will take six to eight months for the vehicles to be prepared and shipped out to the district.