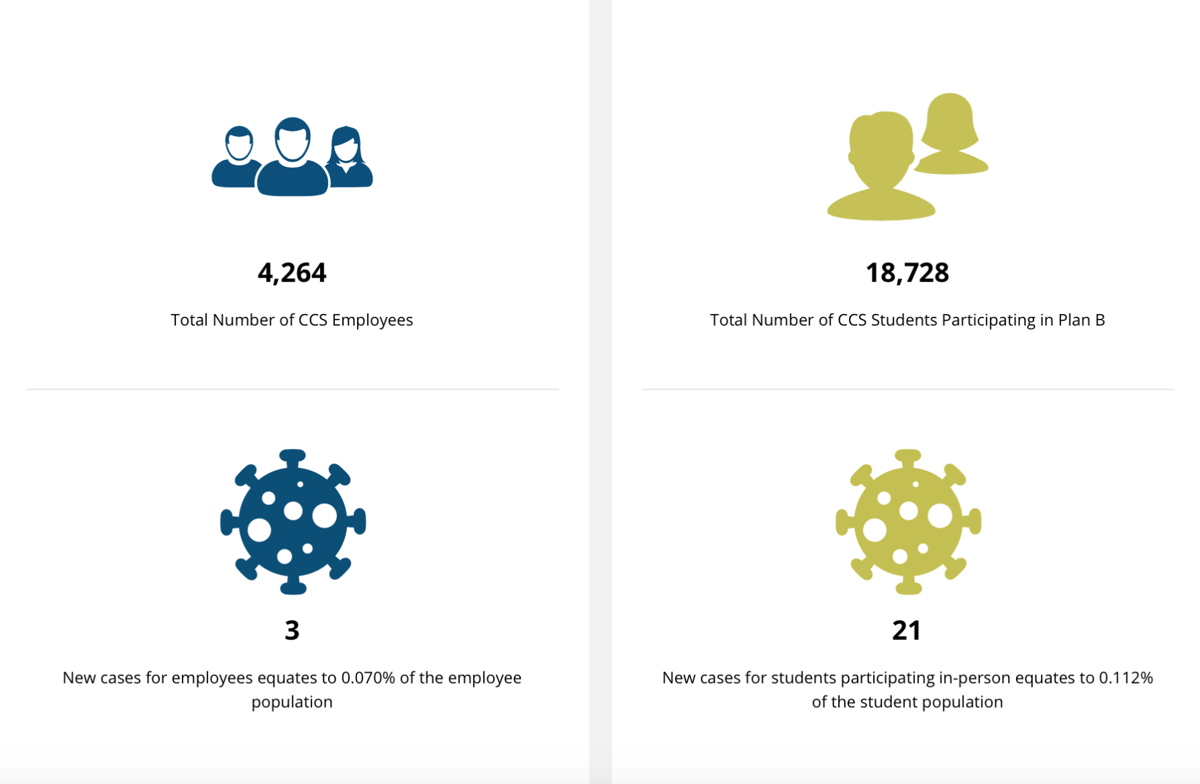 Cabarrus County Schools and Kannapolis City Schools updated their COVID-19 numbers for the week of March 29 through April 4 on Monday.

The numbers look great across the board, with KCS reporting four positive cases and five quarantines (down from nine and seven the previous week) and CCS reporting 24 total cases, with three in staff members and 21 in students (down from 41 cases the week before).

Cabarrus County Schools also provided an update on W.M. Irvin Elementary, which had to move to Plan C due to 17 cases of COVID-19 being found at the school and 95 people having to be quarantined. There are now fewer than five cases at the school and 53 people in quarantine. According to an email from the district, the Cabarrus Health Alliance believes the cases came from community spread and not a cluster at the school, as no link could be found. So, to date, only one official cluster has been discovered since students have been on campus.

While last week was the final week before spring break in both school districts, apart from W.M. Irvin Elementary, the weeks looked identical to previous ones across the district. So, the falling numbers have continued as Plan A for all students nears across the state.

“We hope that you are enjoying the start of a great spring break,” said KCS Superintendent Chip Buckwell in his weekly Facebook video. “Next Monday, K-12 students will be in Plan A, in-person instruction, four days a week. Remote-only remains an option for students.”

He continued: “We are looking forward to having students back in the classrooms four days a week.”

All districts are required to offer Plan A to all students according to Senate Bill 220, which was passed in March in the state. KCS will go back to Plan A starting April 12, while CCS will return in Plan A on April 13 after a teacher work day.

At CCS, while the situation at W.M. Irvin has not been updated since last Monday, it does not appear there was any kind of spike in cases after the report. While only 14 cases were reported last Monday, and a few hours later it was updated to 17 cases, only three among students were announced Monday as part of the district’s COVID-19 reporting. Adding the two numbers makes 17 cases at the school, as was announced last Monday. The district continues to track new COVID cases at schools even in case of a move to Plan C like was ordered last week.

KCS reported four new positive cases and two quarantines while CCS reported 33 new cases with six in staff members and 27 in students. In total that makes 37 total cases between the two districts which is up from 28 the week before.

Cabarrus County Schools on Tuesday updated the situation at W.M. Irvin Elementary School which moved to Plan C on March 29 when 17 students tested positive for COVID-19 and 95 were quarantined as well.

As of Tuesday April 6, there were fewer than five cases of COVID-19 at the school and quarantines have nearly been cut in half from 95 to 53.

The Club plans to keep the wall mounts filled throughout the school year.

Community members are banding together to give students a prom even though they were canceled this year by the school district.