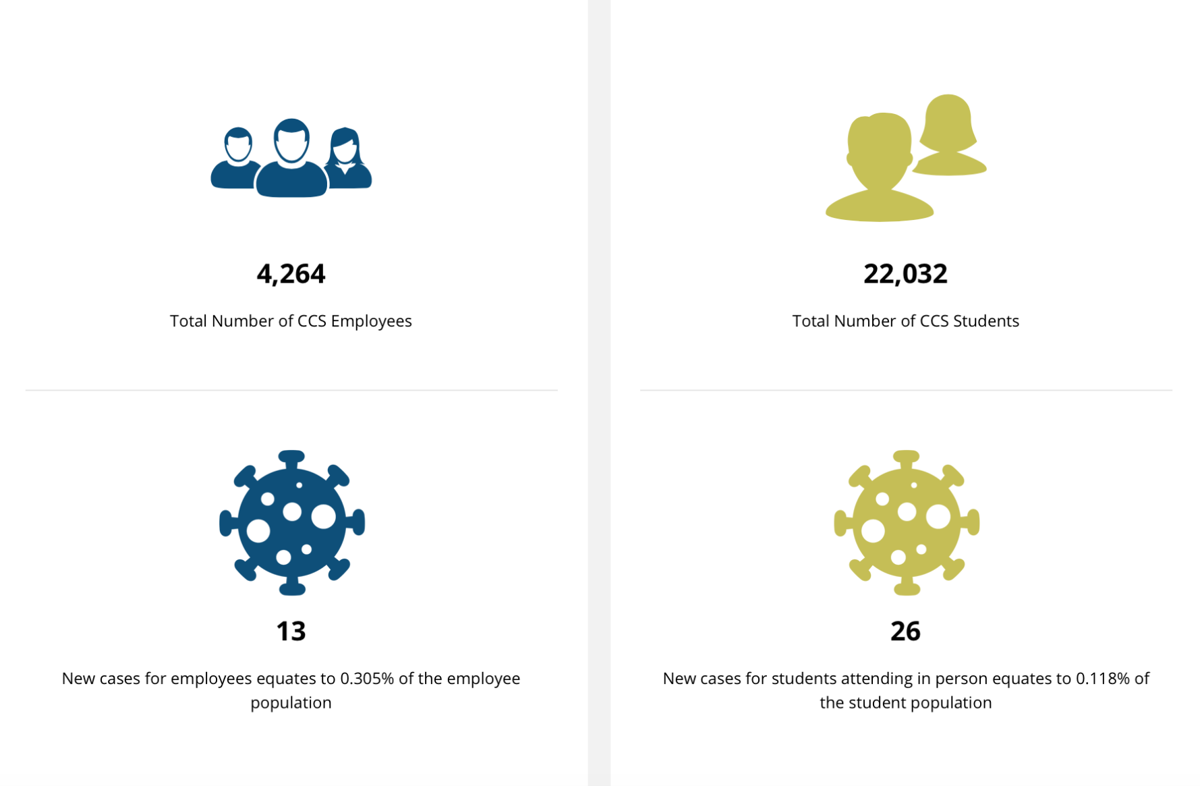 EDITOR'S NOTE: The Cabarrus County Board of Education announced an emergency called meeting Tuesday at 6 p.m. to discuss the COVID-19 situation. Visit IndependentTribune.com for updates.

KCS had 25 quarantines related to its cases. It also announced an important time this week for families whose students are operating under Plan C.

“Beginning today, elementary schools will communicate with virtual-instruction families about the declaration form and deadlines for those wanting their student to return to in-person learning for the second semester, starting in January,” Superintendent Chip Buckwell said in a Facebook video. “The window to make this declaration for return to in-person learning will be open today, Monday, Nov. 23rd through Monday, Nov. 30th. Only those wanting to make changes beginning in January will need to do anything.”

While the previous week saw a high number in high school students, with 20 of the 48 cases in the district being at that level, the majority of the cases this week came at the elementary level with 16 — six in staffers and 10 in students.

Carl A. Furr and R. Brown McAllister each had one case in a staff member while Mount Pleasant had one case in a student. Bethel, Beverly Hills, Charles E. Boger, Hickory Ridge, Patriots, Rocky River, W.M. Irvin, W.R. Odell Elementary and Primary, Weddington Hills and Winecoff all had zero cases.

At the high school level, there were multiple cases in just two schools, with four at Cox Mill (one staffer and three students) and two in students at Hickory Ridge. The Early College of Technology, Jay M. Robinson and Northwest Cabarrus all had one case in a student while Central Cabarrus, Concord, Early College High School, Mount Pleasant and West Cabarrus had none.

There was one case in a staff member at the Royal Oaks School of the Arts and two in Centralized Services.

The entire breakdown can be seen on the district's website.

The Board of Education scheduled an emergency called meeting on Tuesday at 6 p.m. where it planned to discuss COVID-19. Gov. Roy Cooper announced Monday that everyone will now be required to wear masks anytime they are around someone who does not live in their household.

Last week, board members did talk about the rise in cases in Cabarrus County, though Barry Shoemaker recommended the board not take action with three new members coming onto the School Board in December.

That meeting can be seen on livestream on YouTube. The meeting will be held electronically due to restrictions from COVID-19.