The Carolina Panthers and Concord Academy Sports and Outdoors teamed up to give two brothers a special holiday surprise.

Academy Sports and the Panthers have been presenting these curbside surprise events to families who need a little extra brightness during the holiday season, said Liza Barrett, Academy Sports senior regional marketing specialist.

“As part of the holiday season, we wanted to do a bit of what we have termed as a curbside surprise, but unfortunately, the weather did not cooperate, so it became an indoor surprise,” Barrett said.

The day of the surprise was the day heavy rains from Tropical Storm Eta caused flooding in the area, but the event was able to continue.

Academy Sports approached Dream On 3 looking for a family for their curbside surprise.

After Harlan went to see a doctor earlier in the summer for what his family thought was a tick bite, he was sent that day straight to Atrium Health Levine Children's Hospital and received the serious diagnosis, said Dream On 3 Program Coordinator Casey Reardon.

“He was admitted to the hospital and had to undergo some pretty rigorous chemo therapy treatments and, ultimately, was in need of a bone marrow transplant,” Reardon said. “His brother was the perfect match out of their family to donate bone marrow. Case actually was able to donate extra to go toward research of the rare disease.”

Harlan and Case had been Dream Box recipients earlier in the year, a program Dream On 3 put together during the pandemic for any child undergoing treatment in hospitals.

When the boys walked into the Academy Sports with their mom, they were a bit timid at first, Barrett said. But once they knew why they were there, she said, their faces lit up and the shopping spree began. Before long, the boys had a cart full of gear to take home.

“Being able to have Mike there on behalf of the Panthers in person to talk with the boys and get them excited and to talk about certain things that they like, whether it was fishing or football, and just be able to see their eyes light up was really exciting,” Barrett said.

The brothers are from Richfield, and Harlan is 85 days post-operation. He is currently at home but goes to the clinic during the week for monitoring and treatment. 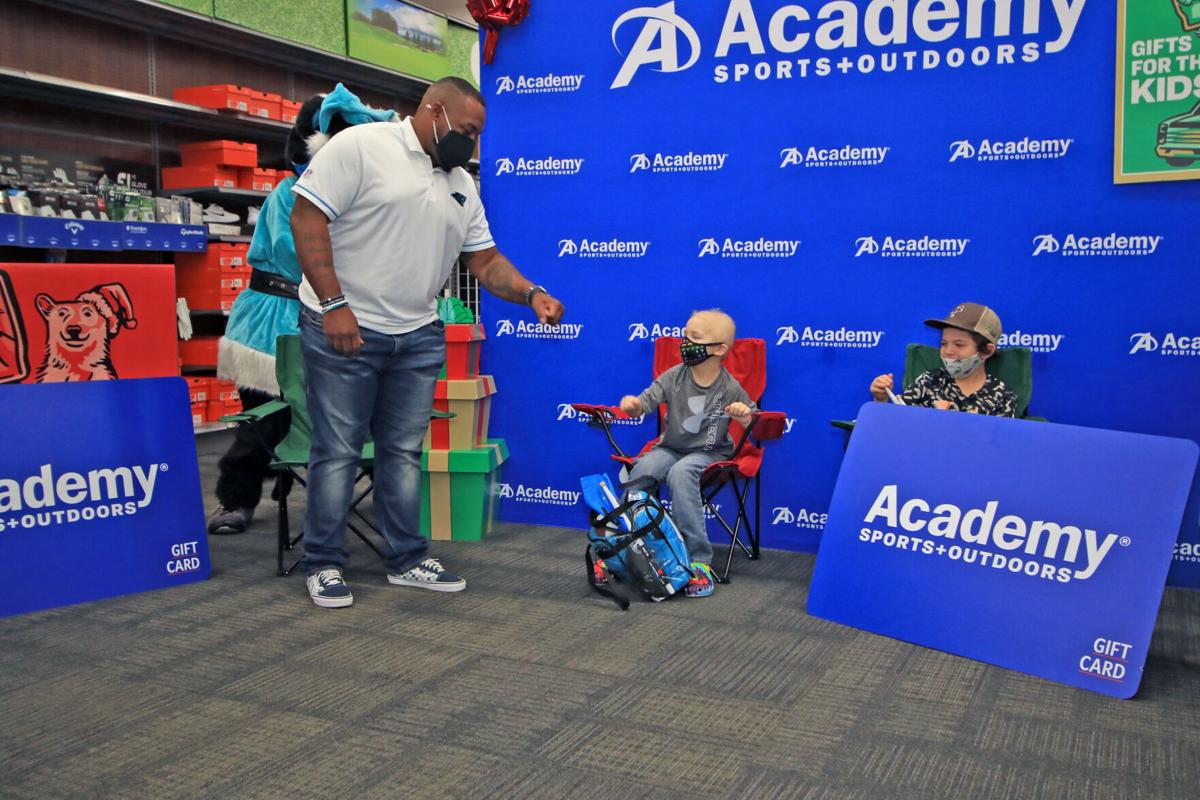 Former Panthers player Mike Tolbert, Academy Sports and Outdoors and Dream On 3 teamed up to surprise brothers Harlan and Case Furr with a special holiday surprise. Show, from left, are Tolbert, Harlan and Case. 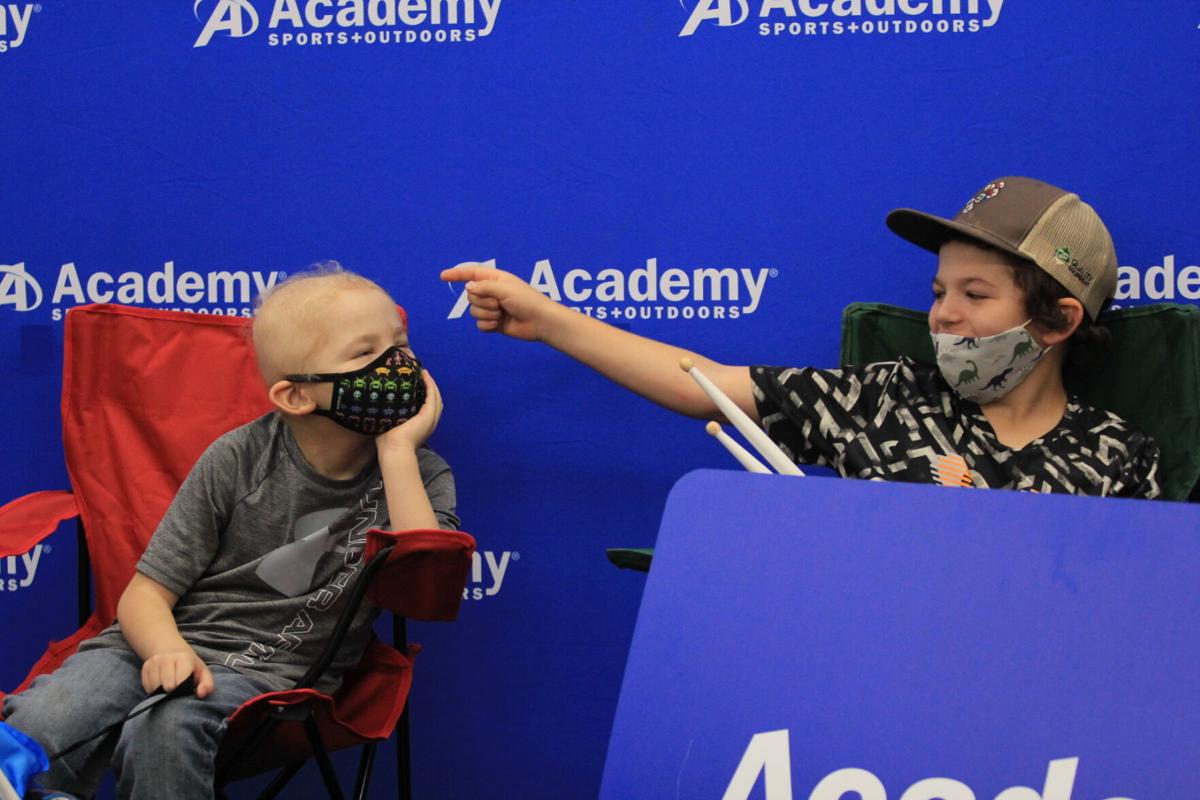 Harlan was diagnosed with Myelodysplastic Syndrome, a cancer that affects bone marrow cells, earlier this summer. His brother Case was a perfect match and donated his bone marrow to his brother and extra for research into the disease. Shown, from left, are Harlan and Case Furr.