Back to homepage
Subscriber Login
Please subscribe to keep reading. You can cancel at any time.
Loading&hellp
You are the owner of this article.
Edit Article Add New Article
You have permission to edit this article.
Edit

We’re going to jump around with the Friday Five today including a long-running can-a-thon, a long-awaited road project and 24 years of grilling steaks.

Bring out ye food (or other donations)! The 42nd Annual Concord Rotary Can-A-Thon this weekend at all the local Harris Teeters and would appreciate the community’s support. Concord Rotary Club has been collecting food for the local Salvation Army winter food pantry the second weekend of December for 42 years now.

Thanks to Rotarian Zac Moretz for reminding us about the event:

“This weekend you will find friendly local Rotarians as well as student volunteers out front of the Harris Teeters at Davidson Corner (across from Mr. C's restaurant), Coddle Creek (at the intersection of Poplar Tent Rd. and George Liles Blvd.), Cannon Crossing (at the intersection of Poplar Tent and Harris Rd.), Renaissance Square (on Highway 73 where Poplar Tent becomes Shiloh Church Rd.), and at Caldwell Crossing in Harrisburg. We will also be accepting monetary donations. All donations are delivered directly to the Salvation Army here in downtown Concord.”

The need is growing.

“The Salvation Army also just celebrated the naming of its new homeless shelter, the Tucker Family Center of Hope, so there are big things going on at our local Salvation Army, but that also means bigger expenses and more mouths to feed,” Moretz said. “At this time of year when want is most keenly felt by those in need, we hope your readers will drop some food or some dollars into our buggies this weekend to help the hungry and homeless.”

To volunteer (volunteers still needed) or to make a donation email rotarycanathon@gmail.com.

Albemarle contractor NJR Group, Inc. has been awarded the project to build a bridge separating Rogers Lake Road from the railroad tracks and to close the at-grade crossing.

Contract crews can start work in mid-May 2023 and must have all roadwork complete by spring 2026. Vegetation establishment can continue through the end of 2026.

This project has been a long time coming.

A train ride to the Mayo Bowl. N.C. State University fans wanting to root for the Wolfpack in person at their football bowl game are encouraged to get there by riding NC By Train to Charlotte.

N.C. State will play the University of Maryland Terrapins in Duke’s Mayo Bowl at Bank of America Stadium. Kickoff is at noon Dec. 30.

Whether located in Raleigh or at the stops in between, fans can ride NC By Train, the state managed passenger rail service for North Carolina. On game day, the Piedmont train 73 will leave Raleigh Union Station at 6:30 a.m. and arrive in Charlotte at 9:40 a.m. Piedmont train 78 will leave Charlotte at 7 p.m. the same day, allowing fans to watch the game, explore Uptown and even eat before heading back to the train station for a stress-free ride home.

Anticipating higher ridership that day, riders are encouraged to buy tickets on NCByTrain.org as early as possible. When booking, don’t forget to take advantage of the Share Fare discount, which allows groups to save more money when they buy more tickets.

“As part of LongHorn’s commitment to quality, every restaurant has a team of expert Grill Masters specially trained in the art of grilling,” according to a press release from LongHorn. “They are in-house specialists on selecting the right cut of fresh, never frozen steak, boldly seasoning with one of the restaurant’s proprietary spice blends and grilling to each guest’s taste. Only the best become LongHorn’s Grill Masters.”

After serving as a Grill Master for 24 years, Carlos has grilled one million steaks, marking him as a true master of his craft. To celebrate this achievement, he was surprised by his restaurant team, his family and restaurant-wide leaders with a special event recognizing him as a Grill Master Legend. He received a special gold chef coat, a $5,000 award and a visit from LongHorn Steakhouse president Todd Burrowes.

Litter pick-up in Kannapolis. Hands off to The Beta Club of A.L. Brown High School. The students spent last Saturday morning, Dec. 3, picking up litter in Kannapolis despite the rainy, cold weather.

“We had a great turn out for our last Elk event of the year. We are super thankful for the A.L. Brown Beta club,” said Rita Bliven, organizer of E.L.K. (Eliminating Litter in Kannapolis). “We will be back at our adopted street, West 8th St, in March 2023.”

E.L.K. and the groups working with them have picked up a lot of litter this year. Thanks for the efforts. If you want to work with E.L.K. email Elkinfo@elk21.com or visit Elk21.org.

If you have a Friday Five, a story suggestion or something I can rant about email mplemmons@independenttribune.com or call or text 704-786-0001.

Friday Five: Restaurants, authors, fire chiefs and save the dates

Pancake Day and the Souper Bowl are coming soon, so are new restaurants and a special event in Mount Pleasant.

One of the oldest living matriarchs from the Logan Community in Concord celebrated a milestone year. Mrs. Viola Chesney Barrett celebrated 95 …

The Chamber announces new officers, board members for 2023

CONCORD — The Chamber, Leading Business in Cabarrus is pleased to announce its 2023 board of directors and officers.

A Rockwell man was arrested for indecent liberties with a minor and sexual assault.

Last week we told you about 2022 building permits and big projects and it looks like 2023 is off to a fast start.

Fifty years ago, as the sun rose and the smoke cleared from around an isolated district compound in the Central Highlands of South Vietnam, I …

Tray Wellington doesn't want his audience to limit their expectations of the banjo or the banjo player. It's for everyone, and it's not just f… 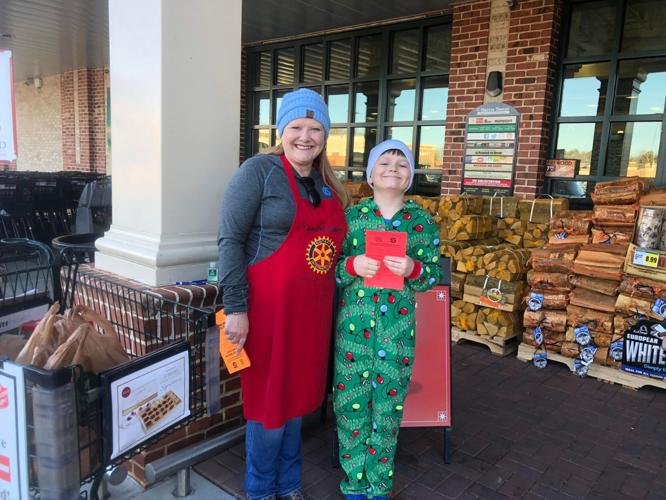 Smiling faces, like Kristel and William Swayze shown here from last year’s can-a-thon, will be greeting you outside Harris-Teeter stores this weekend. Irineo “Carlos” Arellano, was surprised with a grand celebration for grilling one million steaks at the LongHorn Steakhouse in Concord. Irineo “Carlos” Arellano is now among the elite class of only 17 Grill Masters ever to be celebrated as one of LongHorn Steakhouse’s “Grill Master Legends,” a special distinction bestowed only upon those who have achieved this sizzling accomplishment. 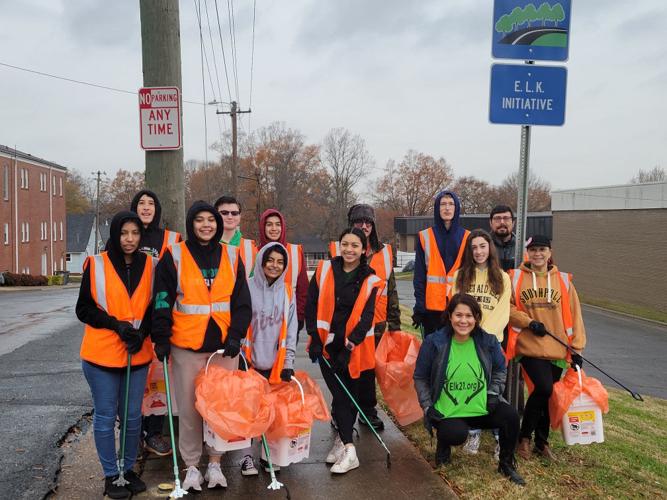 The A.L. Brown Beta Club picked up a lot of litter Saturday, Dec. 3, during an event coordinated by E.L.K. 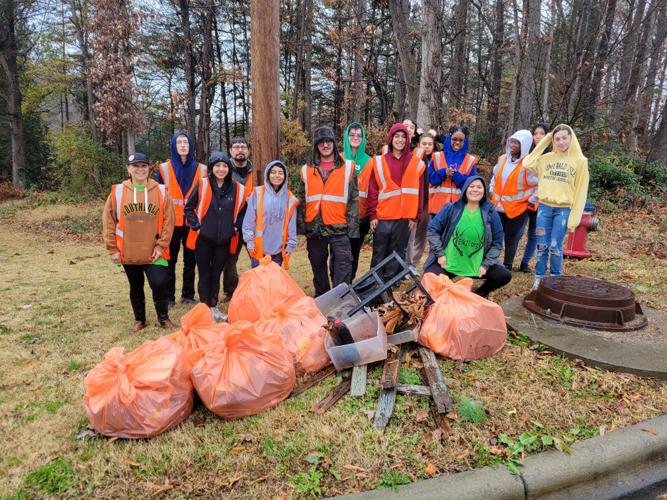 The Beta Club volunteers worked hard to pick up litter. 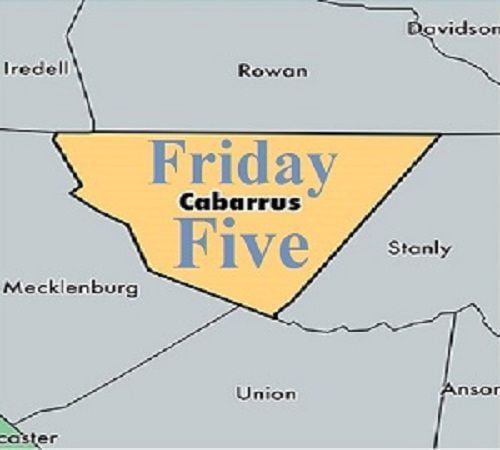 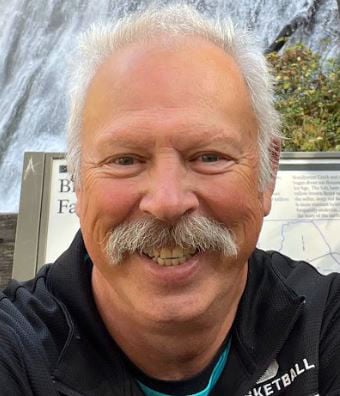 Mark Plemmons has been editor of the Independent Tribune since October 2015 and a journalist since 1980.