Over the next few weeks you will see lots of stories and pictures about giving. Christmas and the end of the year seems to be the time we are most honed in on the needs of our community.

In today’s paper you will read about a program to help young people who have aged out of foster care. Throughout the year we have to tried to help call attention the need foster parents.

Can drives, coats drives and toy give-aways are coming. Help where you can and if you are in need I hope that our community can help you.

Now on to the Friday Five.

A familiar voice coming to morning radio. Our friend Woody Cain has joined WFAE’s growing newsroom as a co-host and producer. In his role, Cain writes and delivers newscasts for WFAE’s local “Morning Edition” broadcast.

Many of you have heard Woody for the past several years on the Motor Racing Network.

WFAE in a press release said Cain’s hiring is a result of WFAE’s on-going commitment to local journalism and community engagement. WFAE donors, members and sponsors have made this commitment possible through increased giving.

Over his career, Cain has worked in radio, television, podcasting and print. He comes to WFAE from Motor Racing Network. As radio news director, he produced and hosted the daily show “NASCAR Today,” which airs on more than 300 stations nationwide.

Before covering NASCAR, Cain worked at WBT as an anchor and reporter. He was also a reporter for the Daily Independent newspaper in Kannapolis, editor of University City magazine and an associate producer for Street & Smith’s Productions. Cain is a graduate of Appalachian State University.

I’m not a big fan of public radio. It’s not what they say or do, but how they sound. They are so quiet and it puts me to sleep. I’m afraid I will run off the road and hit a telephone pole. Why do they sound that way?

Helping those in need. Cabarrus Funeral, Cremation & Cemetery is once again sponsoring "Pajamas for a Purpose," an annual pajama and blanket drive that benefits children who have the misfortune of being hospitalized during the holidays.

Anyone interested in getting involved can donate unwrapped, new pajamas and/or blankets by Friday, Dec. 10. There's a donation box in the lobby at Cabarrus Funeral, Cremation & Cemetery which is located at 3892 NC Hwy 73 E at the corner of Hwy 73 and Cold Springs Road in Concord. The goods will be delivered to the children at the Jeff Gordon Children's Hospital in Concord.

"We appreciate the way so many members of the community partner with us each year for this worthwhile event," said company spokesperson and drive co-chair, Tristin Deal. "The kids are always so excited and grateful to receive the pajamas and blankets, and it means the world to be able to put a smile on the face of a hospitalized child."

Annual Rotary Can-a-thon coming up. The annual Can-a-thon is coming the weekend of the Dec. 11-12. Rotarians will be positioned outside the local grocery stores and ask folks to get a few extra items while they are shopping and drop them in our buggy on the way out. The donations will be delivered to the Salvation Army food pantry.

This is will be the 41st year of the can-a-thon. The Concord Rotary Club started the project and have been joined by the Southwest Cabarrus Rotary Club. The need is great.

November building permits have no big projects. When I pulled the November building report from the Cabarrus Construction Standards I noticed there were very few big permits. That’s unusual. There were no permits larger than $404,421 in value.

That project is for the City of Concord. It is 7550 square feet of office space at 242 General Services Drive, Concord.

Another project is permitted for 7120 Weddington Road, at the corner of Supply Court. It is a 24,000-square-foot shell building. There is a “for lease” sign on the property but no construction has begun.

The area is filled with flex space – combined office and warehouse/light industrial buildings. I expect this is likely to be something similar. We’ll keep an eye for what goes in.

Overall there were 328 permits issued in November for a total value of more than $28.6 million.

Single family detached homes continued to drive much of the growth with 130 homes permitted with a total value of nearly $21 million.

Mooresville Highway/N.C. 3 continues to be closed from Kannapolis Parkway into town. A reader asked about it after seeing a car on the road under construction. We asked the N.C. Department of Transportation.

“N.C. 3 is not yet open to through traffic however, local traffic is still being maintained. We are pushing to have it open as soon as possible. The contractor is working on paving, grading, and curb/gutter installation in order to get the road open,” according to Jen Thompson, NCDOT communications officer.

Turn on your headlights in the dusk and rain. One of our readers provided us with this rant:

“Drivers from ‘God knows where’ need to be informed to turn on their headlights when they turn on their wipers in the rain, AND 1 hour before dusk. I have seen too many cases where people are almost hit because you can't see them... especially now that the time is changing again.

“You just cannot see a grey or black car when it starts getting dark during the 5-7 (p.m.) drive times or is raining.”

If you have a Friday Five, story suggestion or something I can rant about email mplemmons@independenttribune.com or call or text 704-786-0001.

Watch Now: What will it take to keep schools open?

As Omicron Spreads, Americans Are Going To Work Sick

As Omicron Spreads, Americans Are Going To Work Sick

Concord man charged in murder of his mother

Cocnord Police has charged 24-year-old Ya-Qway Jayshawn Sawyer with murder after Sawyer was seen leaving the residence where his mother was found dead.

New businesses continue to pop up across the area from Harrisburg to Kannapolis and points in between. Today’s column will touch on a few of them.

A woman turned herself in to the Concord Police Department Wednesday for the fatal hit and run that took place Tuesday evening.

The Cabarrus Chamber of Commerce hosted a ribbon cutting for the new Lifeline Charlotte Centre on Friday, Jan. 21, at Gibson Mills in Concord.…

The old Moss-Morris House has undergone quite the makeover.

The Chamber announces 2022 officers, board

CONCORD—The Chamber, Leading Business in Cabarrus announced Wednesday its 2022 Board of Directors and officers.

A new name for Concord affordable housing agency and partners

WeBuild Concord, formerly the Concord family Enrichment Association announced that it has multi-family and single-family housing projects to come.

The Concord Police Department is trying to identify two suspects regarding the Tuesday morning robbery of the Cabarrus Corner Store.

Friday Five: The Barn coming back better than before

In Cabarrus County we’re blessed with quite a few good trails, greenways, parks and historical venues that we can enjoy and within a short dri…

Robin Sage exercise to be held across 25 NC counties, including Cabarrus, for Special Forces candidates

The exercise starts Saturday and runs through Feb. 4, according to a news release from the John F. Kennedy Special Warfare Center and School, where the participants are students at Fort Bragg.

Pajamas and blankets are shown being delivered during the 2020 program.

The Concord Rotary and Southwest Cabarrus Rotary clubs are hosting the 41st annual Can-a-thon to help bolster The Salvation Army's Winter Pantry. The collection will Dec. 11 and 12 at grocery stores throughout Cabarrus County. 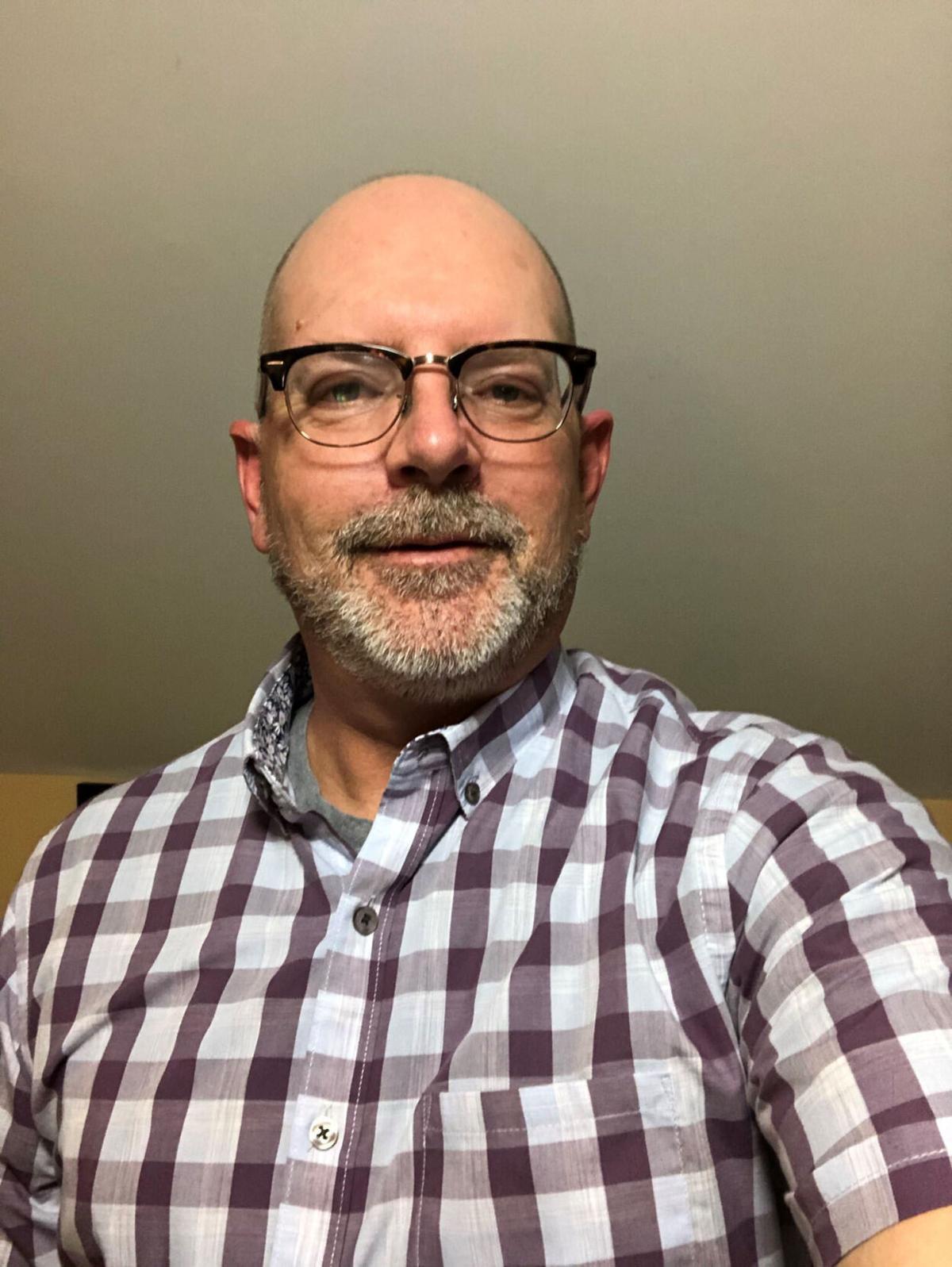