How Concord is tackling affordable housing, new nonprofit
View Comments
Share this
Only $5 for 5 months
1 of 3 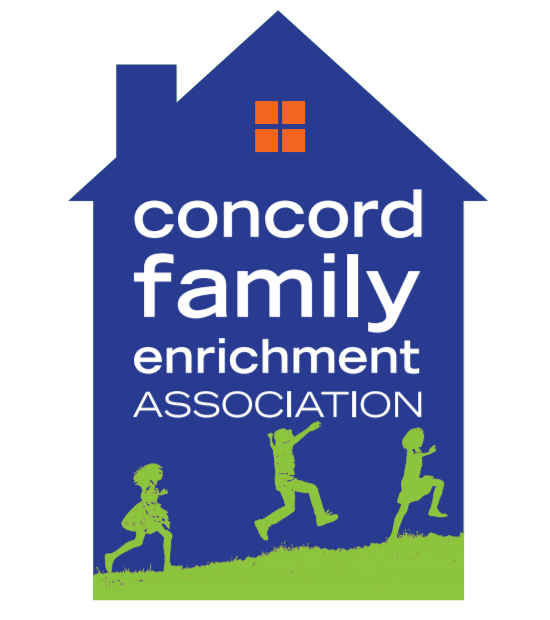 The city of Concord created a nonprofit, Concord Family Enrichment Association, to aid in combating the staggering need for affordable housing that the city faces.

The median home values in Concord have increased almost exponentially since 2018, and they are projected to keep rising. But the area's median income has remained rather stagnant, creating a gap in household income and housing prices. This has led to households spending more than 30% of their income on housing.

The median gross rent households pay in Concord has increased significantly over the years, and it is projected to grow. For a household spending 30% of its income on housing a month, an affordable rent would be around $533 a month, according to the study. But the average rent is $875 in Concord.

Concord has established a nonprofit organization to support the city’s affordable housing efforts by seeking funding options outside those available through the federal Housing Department.

The Concord City Council voted to create the nonprofit Concord Family Enrichment Association in April 2019, and the organization was established the next month. Knowing that the need for affordable housing in Concord is increasing, said Assistant City Manager Josh Smith, the city needed help with funding to meet the growing need.

“As a city entity, there are a lot of funding sources that we are not able to go after. Typically we are limited to governmental funding. We get a lot of the money from the federal government, or grants that come from government entities. That is pretty common,” he said. “Establishing a nonprofit allows for us to go after that non-governmental money, that foundational money, private donors — things that can really allow us to elevate the number of affordable housing units we can build significantly.”

The need for affordable housing

This means that many ELI households are cost burdened by their housing expenses because they did not have access to affordable housing. A household is considered cost-burdened when it spends more than 30% of its income on rent and utilities. For ELI households in Concord, that burden increased by 13.6% from 2010-15 — according to the study — creating a greater need for affordable housing.

In 2017, Cabarrus County had 40 units of affordable housing for every 100 ELI households. That gap is only increasing, Smith said.

There are two reasons why the gap is increasing, McKenzie said: Lack of living wage jobs and an increase in housing costs.

“Anytime you have a gap created between housing affordability and a wage, it is going to cause massive trickle-down impacts,” he said. “Our wages have been somewhat stagnate to almost decreasing. Because of the type of jobs we have been attracting in the last decade — mainly retail, hospitality and tourism jobs. We have attracted jobs, but our wages are down, and our housing stock is increasing at not an astronomical rate, but close to it.”

Without more affordable housing, McKenzie said, the problem will only grow.

How to tackle the issue

To combat the growing number of ELI households that are cost-burdened, affordable housing must be more readily available, Smith said. As indicated in the study, about 3,000 units are needed. To keep with demand, about 70% of those units will be sold, and 30% will be rental properties. The rental properties will be owned by the city.

Affordable housing is not a new subject for Concord, Smith said. The city has bought and sold affordable homes for years, just at a slow rate.

“The city for the past several years has bought homes, sold homes, and we have done it very effectively and efficiently,” Smith said. “Our return on investment has been nearly 100 percent in all of those cases. We can do that because we are not trying to make a profit. Average developers typically are not going to be able to buy the lot, build the home and resell that home for what they have in it and be profitable.”

The city, he said, sells the home to get back the amount of money that was put in it. This, he pointed out, does not mean that the quality of the home is inferior.

“We are approaching it from the standpoint of, ‘Hey, we want to build the same quality homes.' Affordable doesn’t mean we are building an inferior product. Our goal is to recapture our costs,” he said.

But that is only possible with ownership — when a family buys an affordable home. When it comes to renting, the city is not able to get a return on its investment, Smith said. To rent a home at an affordable rate for an ELI, four-person household, he said, would be about $600 a month. That would not be enough to get the cost back for building the home. That is where the nonprofit CFEA comes in.

Where the CFEA fits in

To supplement the costs associated with renting out an affordable home, the city needs more funding. A good way to get more funding is to apply for private grants and to seek outside donations not associated with the government. The city is unable to do that, Smith said. But the nonprofit is able to seek those private funds.

With the added funding sources, the nonprofit can support the city in its endeavors for affordable housing rentership. The nonprofit also can aid in the process for building affordable homes that are bought and sold, Smith said.

“It is a supporting entity of the city. Because it is a supporting entity of the city, which is critical, it allows the two of us to work together almost as one to accomplish the same objective and initiative. It opens up revenue streams we couldn’t tap into to make sure our return on investment is there,” Smith said. “We just simply could not create the number of units that we would need to create to bridge the gap that exists without tapping in to a lot of that private donation and private funding that is sitting out there.”

In the 2020-21 fiscal year budget that began July 1, affordable housing was given 1 cent of the tax rate to go toward affordable housing. That money is set to recur each year. The CFEA will then apply for grants and seek private donations to supplement the city’s funding.

There is a tentative, 10-year plan for how the city will go about building those 3,000 units, McKenzie said. The plan will work in a tiered system, slowly increasing the number of units built each year. For example, if the city spent $1.4 million to build 14 homes in one year — 10 homes for sale and four homes for rent — the city should get that $1.4 million back through the sale of those homes, rent money and added funding from the nonprofit. The next year, the city would have $2.8 million for affordable housing: $1.4 million from the recurring tax rate and $1.4 million from the city’s return on investment the previous year. That cycle would then continue.

The city also plans for affordable housing to be spread out across Concord in every community, instead of centralized in one area.

CFEA is a nonprofit, not a competitor

Households that rent or buy a unit will be given a mortgage or rent that is specific to its income, according to HUD’s income limits. More on the income limits can be found at https://www.huduser.gov/portal/datasets/il/il20/HUD-sec8-FY20r.pdf.

The city does have a long-term vision for CFEA, but its main function as a nonprofit aiding in affordable housing will not change.

“We want to get to a point where, down the road, CFEA is operating as a full-fledged development company for no profit,” Smith said. “One of the primary goals is for, eventually, things get robust enough, operations are good enough, private donations are substantial enough, to where CFEA is functioning solely to acquire and develop property from beginning to end internally.”

Other ways to acquire housing

The city isn’t just looking at building homes, McKenzie said. The city has several abandoned homes, especially in Concord’s legacy neighborhoods, he said. The city is looking into purchasing any of those homes that could be restored to a quality home for the affordable housing market.

The city is also interested in purchasing homes from residents who either do not want to or cannot keep a property, Smith said.

“If you have properties that you have not been able to keep up, maybe you inherited it as part of an estate, maybe it is blighted — it has code violations, tax liens or a variety of reasons,” he said. “If you are looking to unload residential property, call us. We would love to go out there to look at it, evaluate it and see if it would be feasible for us as a city entity and as a nonprofit to convert that.”

RALEIGH — Starting Monday, people traveling between Raleigh and Charlotte will have an additional schedule option on board Piedmont trains 73 and 76.

COLUMN: The ever-loving presence of God

For some time now, churches have been singing “Our God Is an Awesome God” in their worship services to bring glory to our Lord and savior Jesu…

As an eighth-grader settling into a new neighborhood two years ago, Cayden Ebright asked a neighbor if he had any work available, telling him …

The board of directors of The Cannon Foundation selected Tina Markanda as executive director of the foundation, effective Sept. 1.

COLUMN: A simple way to Protect Your Family from COVID-19

The city of Concord created a nonprofit, Concord Family Enrichment Association, to aid in combating the staggering need for affordable housing that the city faces.

The median home values in Concord have increased almost exponentially since 2018, and they are projected to keep rising. But the area's median income has remained rather stagnant, creating a gap in household income and housing prices. This has led to households spending more than 30% of their income on housing.

The median gross rent households pay in Concord has increased significantly over the years, and it is projected to grow. For a household spending 30% of its income on housing a month, an affordable rent would be around $533 a month, according to the study. But the average rent is $875 in Concord.