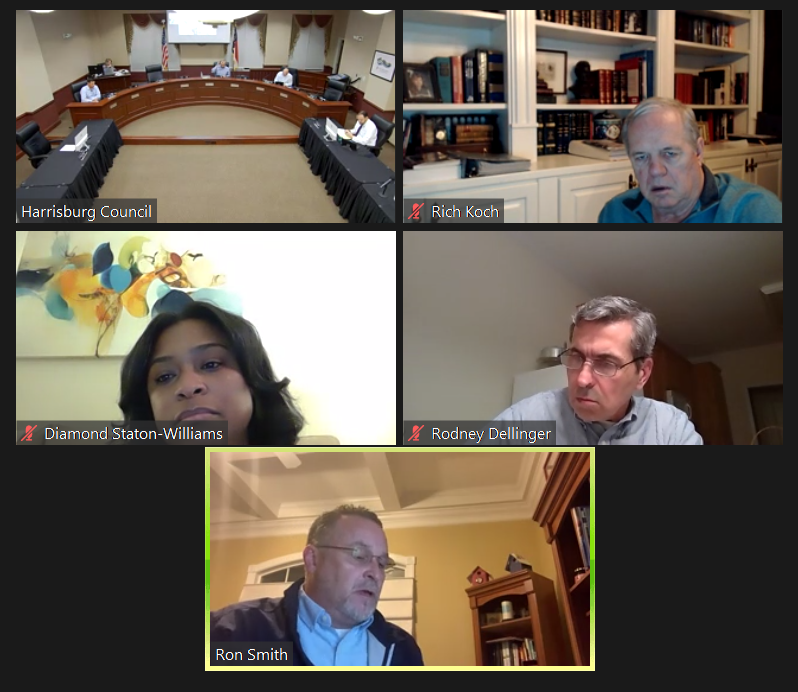 The Harrisburg Town Council approved a budget amendment that will help complete the Harrisburg Park construction and hopefully have the park operational by this spring. 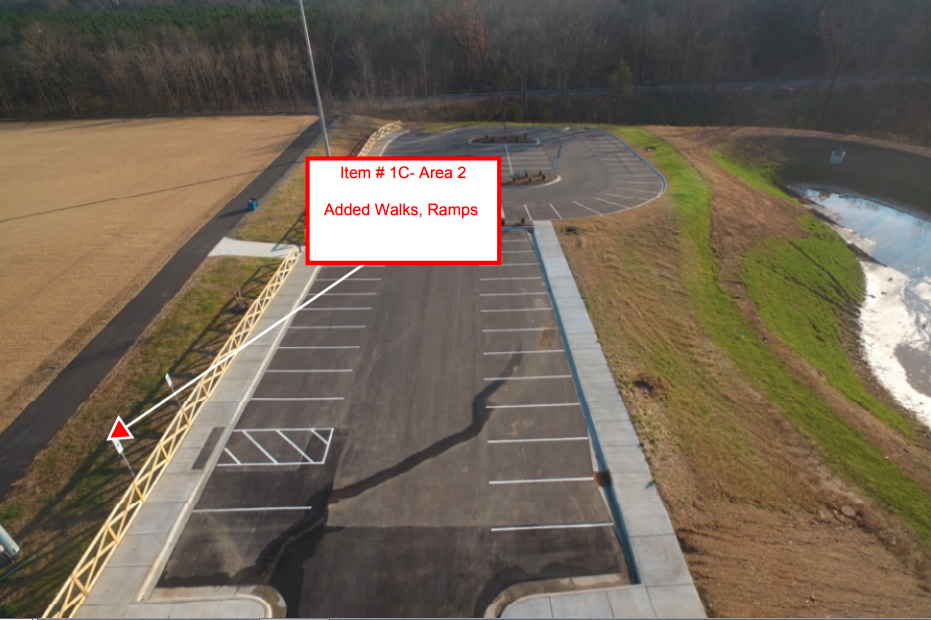 The park still needs to complete work items to become fully operation and up to code. This image shows where accessibility ramps and walks are still needed near parking spaces.

The Harrisburg Town Council approved funding for the continued expansion of Harrisburg Park at a Monday night council meeting.

The request for additional funding was originally brought before the council at a meeting in December. But the council opted to push back a vote to get a better look at the project's needs.

At the December meeting, Council Member Rick Russo requested that Rob Donham, town engineering and public works director, take over as project manager for the park project. Donham presented the budget amendments to council Monday evening and restated why the project was behind schedule.

The park had an original completion date of July 1, 2020, in order to be open July 4. Now the park will potentially see full operations this spring. The park was open for youth sports in the fall, and the town hopes to host other sports programs and camps at the park starting in April.

While the park is currently 90% complete, there are still aspects to be completed for code requirements and proper park functions to be met.

One of the code requirements is for accessibility. While there are spaces in the parking lot for those with disabilities, there isn't an accessible ramp leading to the park. Other improvements include:

Donham reiterated town manager Brigman's previous remarks, saying the original 11-month timeline to complete the park's construction was too aggressive and short to complete all the work. When the project began, its designs were incomplete, and real-world application of those designs didn't work.

Donham said the short construction window of 11 months and the incomplete plans were major factors in slowing construction.

"Since the GMP was developed from incomplete plans, we are in this shape, and with the deadline of July 4, it just really caused that urgency at the beginning of the project," Donham explained.

In order to keep the park within budget, some construction items were cut, and funds were moved to fully fund others. This, Donham said, also caused funding issues.

"Ultimately, the lack of detail in the plans, the aggressive schedule, the lack of consideration for financial impact of those items that were moved by the project manager resulted in the list you have tonight," he said.

Adding to the problems, there was a record amount of rain in 2020 that caused construction delays. The COVID-19 pandemic also played a part by limiting the workforce and the supply chain of materials.

This budget amendment will allow the project to continue.

The council is also expected to vote on a few final work items at next month's council meeting.

Our local courts have entered an additional administrative order governing the operations of superior and district court, which can be found a…

The Harrisburg Town Council approved a budget amendment that will help complete the Harrisburg Park construction and hopefully have the park operational by this spring.

The park still needs to complete work items to become fully operation and up to code. This image shows where accessibility ramps and walks are still needed near parking spaces.