CHARLOTTE – The United States likely won’t see a recession this year, but continued interest hikes could send the economy into a recession in 2023, according to John Connaughton, director of the North Carolina Economic Forecast.

“It depends almost entirely on what the Federal Reserve does in the next three or four months,” he explains.

The Federal Reserve, which meets two more times this year, announced another significant increase in interest rates on Wednesday afternoon. Based on the response to combat inflation in recent months, Connaughton says the economy will continue to shrink if more interest rate increases are implemented.

“There will be a significant impact to the economy in 2023 if we get two 50 basis point increases in November and December,” he said.

Connaughton said there are two big stories to watch:

The impact inflation is having on the economy and the Federal Reserve’s response. For example, in the first quarter, U.S. consumers are spending more on goods and services, but less goods and services are delivered due to inflation.

For 2022, annual real (inflation-adjusted) North Carolina GDP is expected to increase by 2.1% over the 2021 level, according to the report. This growth will represent the second full year of growth since COVID-19.

For the fourth quarter, GDP is expected to grow by an annualized rate of 1.3%.

This year, Connaughton forecasts an output increase for 10 of the state’s 15 economic sectors. The sectors with the strongest expected growth rates include:

Three sectors are expected to experience growth rates below the overall state growth rate of 2.1%:

North Carolina’s unemployment rate is expected to rise slightly to 3.6% by December 2022.

All 15 of the state’s economic sectors are expected to experience output growth in 2023. The strongest expected growth sectors are:

North Carolina’s GDP for 2023 is expected to increase by an annualized real rate of 2.1%.

The North Carolina Economic Forecast, celebrating its 40th anniversary this year, is published quarterly by UNC Charlotte’s Belk College of Business. The full report and a recording of the presentation will be available at belkcollege.charlotte.edu/forecast.

The Fourth Quarter North Carolina Economic Forecast Report will be released in December.

CHARLOTTE – Atrium Health Foundation welcomed George Shinn and his wife, Megan, to Charlotte this week, to celebrate the formal investiture of…

Concord Wildlife Alliance (CWA), the local chapter of the North Carolina Wildlife Federation, is hosting a “Kids in Nature Day” on Saturday, S…

Traffic, litter, construction and fun - we’ve got all the staples of the Friday Five this week.

Celebrate culture and community at the Concord International Festival October 1

Entries for the parade are open. 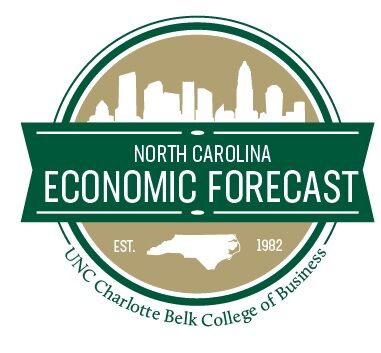 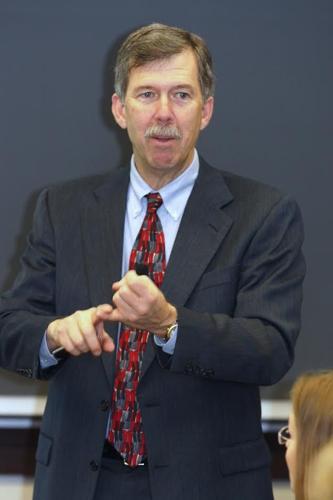