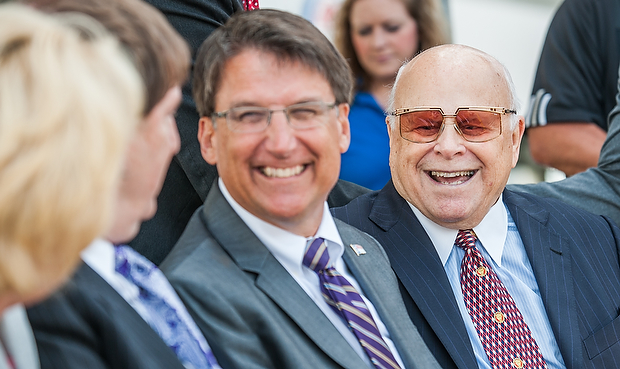 Bruton Smith (right), chairman of Speedway Motorsports Inc., is shown with Gov. Pat McCrory during the NASCAR Sprint Media Tour at the NASCAR Hall of Fame in May. 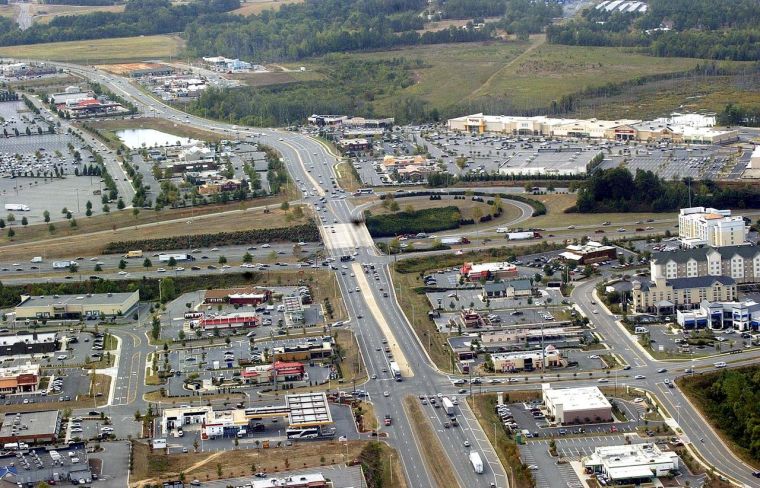 RALEIGH, N.C. — Bruton Smith and Speedway Motorsports get one more crack at convincing North Carolina judges it should be allowed to sue Cabarrus County over $80 million in tax breaks.

A lower state court last year rejected the position of Speedway Motorsports Inc. A three-judge state Court of Appeals panel ruled unanimously in October 2013 that there was never a binding contract for the money to help build a new drag strip and make speedway upgrades.

The N.C. Supreme Court hears arguments Tuesday about whether the lawsuit was dismissed improperly, as Speedway Motorsports claims.

Smith had threatened in 2007 to move the speedway if he didn’t get the tax breaks.

In October 2007, the Concord City Council amended Concord’s Unified Development Ordinance, preventing the drag strip from being built, the speedway’s lawsuit claimed. Smith then announced that SMI planned to move the Charlotte Motor Speedway to a new location and build the drag strip elsewhere. The ordinance was later repealed to allow construction of the zMax Dragway.

The lawsuit claims that on Nov. 21, 2007, county and city officials made a proposal in a letter offering $80 million in funds to improve infrastructure around the speedway and the future zMax Dragway, and SMI rejected the proposal.

Speedway Boulevard was also renamed Bruton Smith Boulevard. Smith could finish the drag strip and make $200 million in improvements to the speedway complex in exchange for the incentives.

No timeline, however, was set for incentive payments, and Smith filed suit against the city and the county in 2009, demanding the city and county pay $4 million for road improvements Smith had already made.

In 2010, Smith dropped the lawsuit with the stipulation that he could refile it at anytime. City and county officials continued negotiating with Smith, trying to reach an out-of-court agreement.

In 2011, Concord settled with SMI for $2.8 million. The settlement payments were to be made over the next three fiscal years. Concord officials said, at the time, that they were happy with the settlement because it included something tangible in return for the city’s money. The financial settlement was to go toward paying for engineering documents and public right-of-way around the speedway.

Habitat For Humanity Cabarrus County helped a Concord single-mother provide a home for her two children as she worked fulltime at Amazon and put in over 300 sweat equity hours into the homeownership program.

Bruton Smith (right), chairman of Speedway Motorsports Inc., is shown with Gov. Pat McCrory during the NASCAR Sprint Media Tour at the NASCAR Hall of Fame in May.