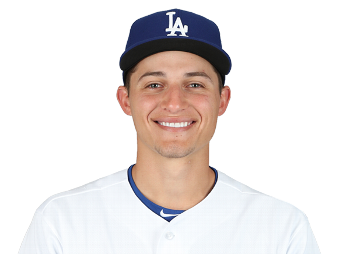 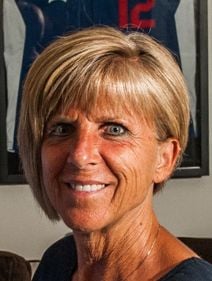 KANNAPOLIS, N.C. -- At around 3 p.m. Monday, a crew from Major League Baseball Network showed up in Kannapolis and began taking over Jeff and Jody Seager’s home. Furniture was moved, and several other items were rearranged as cameras and lights were placed throughout the house.

It was a welcome inconvenience.

The MLB Network was in town to provide live coverage of the Jackie Robinson National League Rookie of the Year Award, and the family’s youngest son, Northwest Cabarrus High School graduate Corey Seager, was heavily favored to win.

While Corey, a star shortstop with the Los Angeles Dodgers, was on the air with the network, Jeff and Jody were in a different room watching the interview on television, anxiously awaiting the outcome of the voting.

“We had a small gathering – some of (Corey’s) high school coaches and two of his buddies from school and immediate family,” Jody said. “They did quite a few interviews with him, and we had to keep quiet, which was hard when you’re trying to celebrate all of his accomplishments. It was fun.”

The atmosphere got even more festive when the crowd saw Corey smiling on the TV screen.

Corey Seager won the National League Rookie of the Year award in a unanimous vote by the Baseball Writers Association of America.

The 22-year-old Seager is the Dodgers’ 17th winner of the award named after their trailblazing Hall of Famer. Seager is the team’s first shortstop to win the award and its first winner since Todd Hollandsworth in 1996.

“When we saw him smiling and found out he won, we all just screamed,” Jody said. “When you actually see it on TV and they’re all talking about him, talking about, ‘This accomplishment and that accomplishment, (he’s) the best one in the National League and yada, yada,’ it really starts to hit home.

“(Tuesday) night was amazing, it really was.”

That is saying a lot for a family that has another All-Star baseball player in the family, with eldest son Kyle a standout third baseman for the Seattle Mariners. The Seagers’ middle son, Justin, is in the minor leagues.

Corey Seager was the 18th overall pick in the 2012 MLB Draft and this season became the youngest Dodgers position player named to an NL All-Star team and its first rookie shortstop All-Star since Bill Grabarkewitz in 1970. This season, Seager batted .308 with 72 RBI and 26 home runs, making him the fifth Dodger with a 25-homer/40-double season.

Seager also led all big-league rookies in games played, hits, runs, doubles, RBIs, multi-hit games and walks. He and Kyle are the first set of brothers with at least 25 homers each in the same season.

Jody said she has been amazed to watch her son’s progression from his days at Northwest Cabarrus High.

“He’s going to hate me for saying this, but he’s my baby,” she said. “He was drafted out of high school, and it’s just been crazy ever since. This year has been amazing with all the different things he’s been able to do and his two other brothers just guiding him and giving him support. It’s just been a wonderful year.”

Seager also is a finalist for the NL Most Valuable Player Award, which will be announced on Thursday. He already won a Silver Slugger award this year, was honored with the Players Choice Award for Outstanding NL Rookie and was named Rookie of the Year by both the Sporting News (NL) and Baseball America (MLB).

Seager was unavailable for comment Tuesday, but Jody said her son was remarkably grateful for all the accolades.

“When he won the Silver Slugger Award last week, he was like, ‘Wow!’” Jody said. “He sent me a text and said, ‘This is awesome.’

“Even with the Players Choice, he said, ‘My peers chose me. People that I play with and play against, they chose me for this award. That just means so much to you vs. the fan vote. You love your fans, but to know that your peers and the writers feel that way about you, it just means so much more.’”

Jody said the immediate success definitely won’t change Seager, who graduated from Northwest Cabarrus in 2012 and does things to help the Cabarrus County community throughout the year.

“He’s so honored by all this,” Jody said. “Like, Thursday, he’s a finalist for the MVP, and he said, ‘Just to be mentioned with these other players is amazing.’

“People are comparing him to (Derek) Jeter and (Cal) Ripken (Jr.). Those were his idols growing up, and he doesn’t see himself that way. He’s trying real hard to stay grounded and realize that he’s still that kid that’s from Kannapolis, North Carolina. He just goes to L.A. to work every day.”

MLB Network caught up with Corey after he was named the National League Rookie of the Year with the Dodgers.