Hill clinched the title by defeating Cox Mill’s Cassandra Connelly in the finals with a near-perfect performance, winning 6-0, 6-0 at Les Myers Park.

Hill’s tournament showing guaranteed her a spot in the 3A Midwest Regional tournament, which will begin Wednesday, also at Les Myers Park.

In doubles play, Northwest Cabarrus’ Najla Sharif and Kate Allen emerged as tournament champions after downing the top-seeded Cox Mil pairing of Hannah Jiang and Riley Poe in a tightly contested final by a score of 5-7, 6-4, 6-4.

Sharif and Allen have been known as strong players throughout their careers, as they finished as SPC doubles runners-up as freshmen, and they’ve consistently been all-conference picks during that time.

Sharif and Allen will represent the SPC in the regional doubles tournament, along with Jiang and Poe, Concord’s Sophia Petroff and Marisa Bell, and West Cabarrus’ Emily Gaines and Chloe Chun.

All the local players will be looking to qualify for the Class 3A state tournament, which begins on Jan. 25. 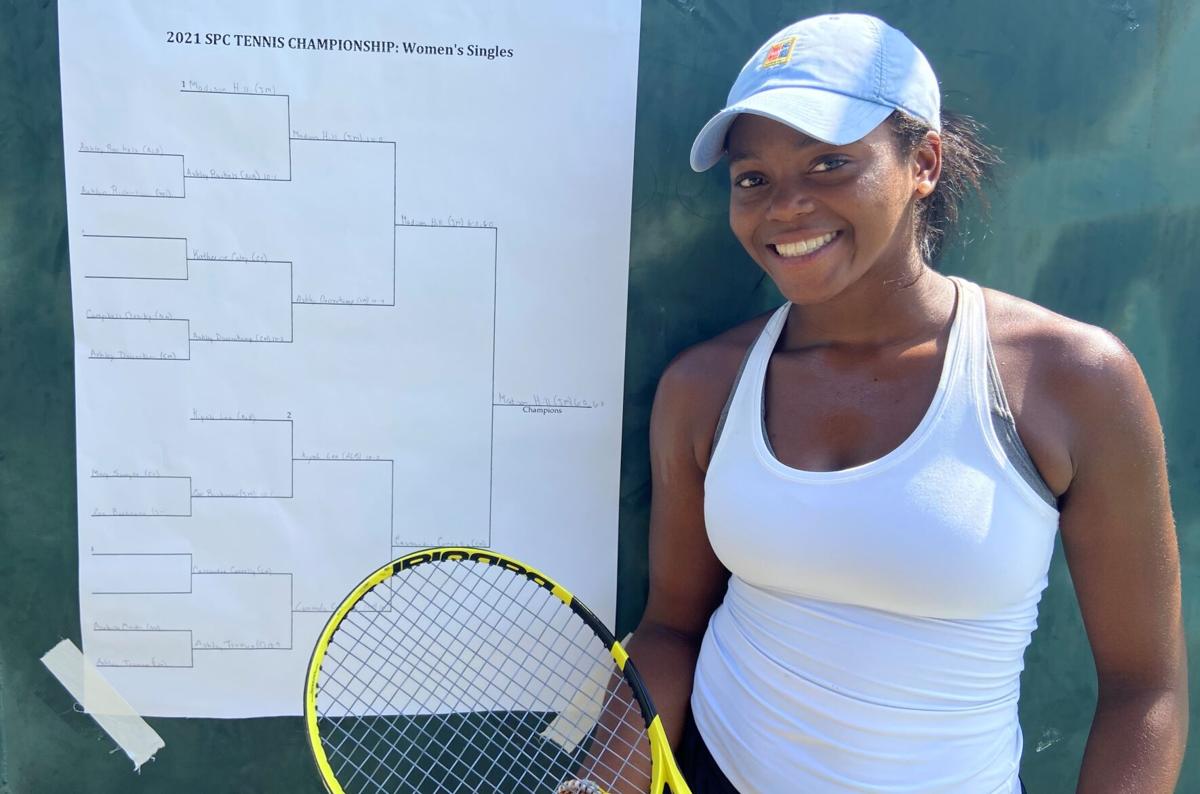 Jay M. Robinson freshman Madison Hill entered the SPC tournament as the top seed, and she did not disappoint, as she failed to drop a game while storming to the league singles title. 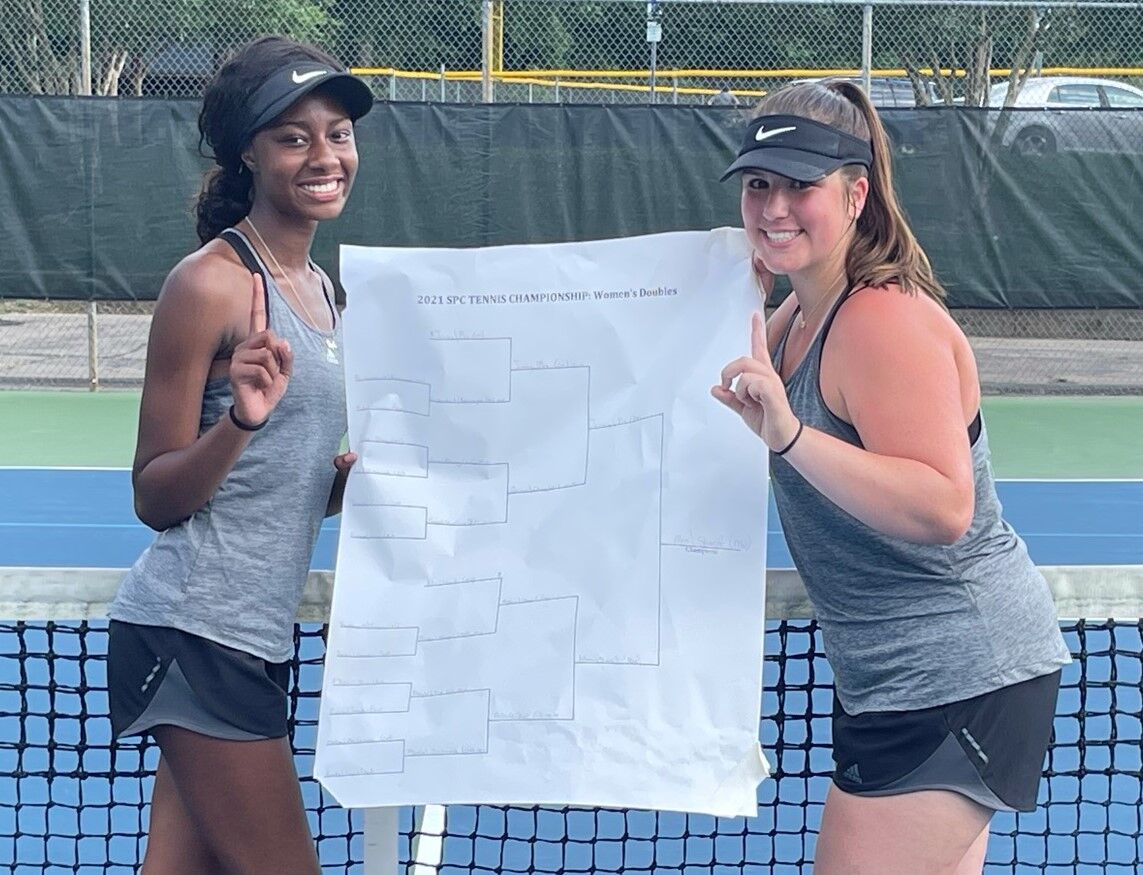