The North Carolina pastor accused of urinating on a Delta airline passenger two weeks ago has been identified, authorities said Tuesday.

Pastor Accused of Urinating on Passenger Identified as Daniel Chalmers of Love Winshttps://t.co/RmMzSEmNnE

Daniel Chalmers was arrested by the Wayne Metro Airport police in Detroit after the Delta flight landed at the Detroit Metro Airport on Oct. 12, according to a police report.

The Wayne County Airport Authority provided the police report Tuesday to the Winston-Salem Journal after Freedom of Information Act request.

Chalmers' age, hometown and cellphone number were redacted in the report obtained by the Journal.

Alicia Beverly, a passenger, told police that she was sleeping at 2:45 a.m. aboard the plane when felt someone standing over her, according to the report.

"So I woke up and looked to my right and seen this guy standing next to me," Beverly said in her statement to police. "Shortly after I started to feel something warm and I jumped and screamed and I noticed he was shaking his penis like he was finished, and that's when I felt my skirt was wet."

Afterward, a flight attendant moved Beverly to another seat, the report said.

Wayne Metro Airport police boarded the plane after landed and they spoke to Beverly and Chalmers. Beverly told the officers that Chalmers urinated on her.

Chalmers initially denied that accusation, saying "I didn't do it," according to the report.

When the officer asked Chalmers what he didn't do, Chalmers said, "Whatever it is she is accusing me of, I didn't do it."

Chalmers later told the officer that, "I'm a pastor, and that is out of my character and I didn't do it," the report said.

Chalmers then asked officer if there was any evidence that he urinated on Beverly, and the officer told Chalmers that Beverly's clothing was covered in urine and her seat wet, the report said.

The officer also wrote in the report that he saw a wet spot in the groin area of Chalmers' shorts.

As officers escorted Chalmers off the aircraft, he told the plane's captain that he intended to sue Delta Airlines for defamation of character for its treatment of him, the report said.

An FBI agent later issued a ticket or a federal court violation notice to Chalmers, and Chalmers was released from custody, the report said.

Multiple media reports identify Chalmers as a pastor who leads Love Wins Ministries in Raleigh and a staff member at Catch the Fire Raleigh-Durham church. 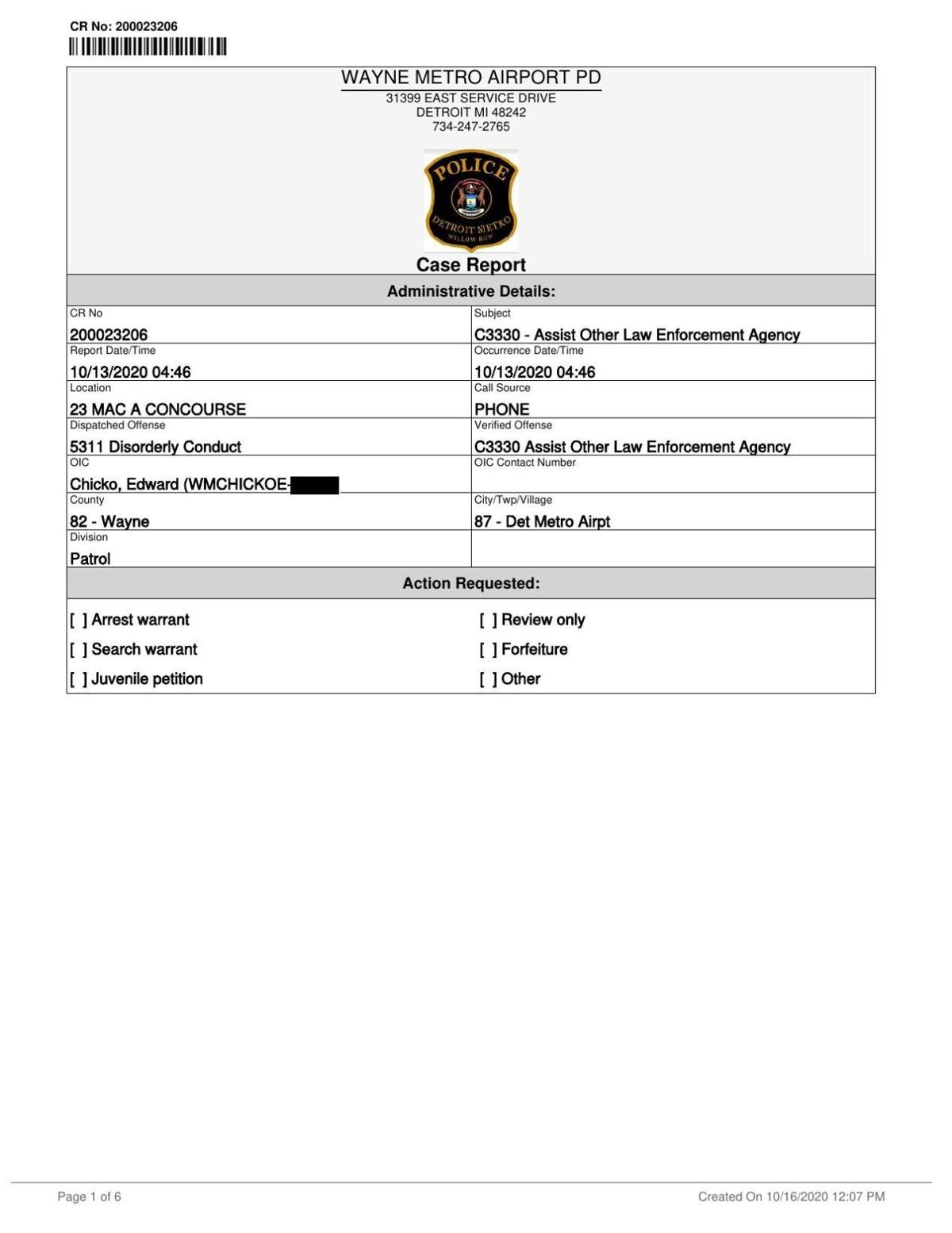 For one family in Cleveland County, Valentine's Day marks a painful anniversary — the day a 9-year-old girl vanished.

A 20-year-old died in an NC jail. His family says a lack of information makes them skeptical of sheriff's claims.

The family of a man who died at the Iredell County Detention Center is asking for answers, but so far are finding few.

A suspect in a fire in Sherrills Ford appears to set himself aflame and drop a bag of money in a video released Thursday by the Catawba County Sheriff’s Office.