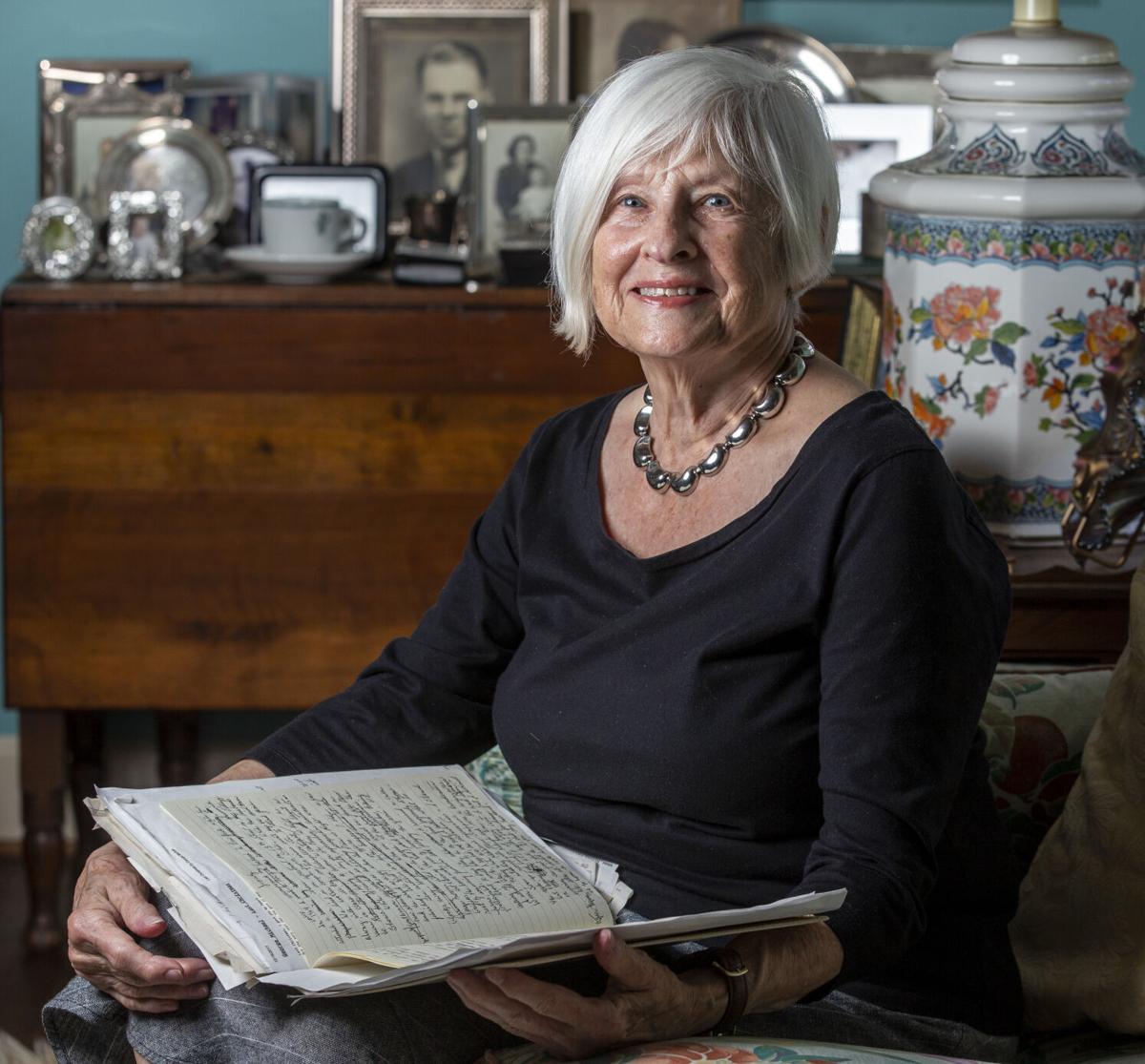 Mary Cabell Eubanks at her home in Greensboro on Nov. 23. Eubanks made TV history by becoming the first "Jeopardy" champion in 1964. 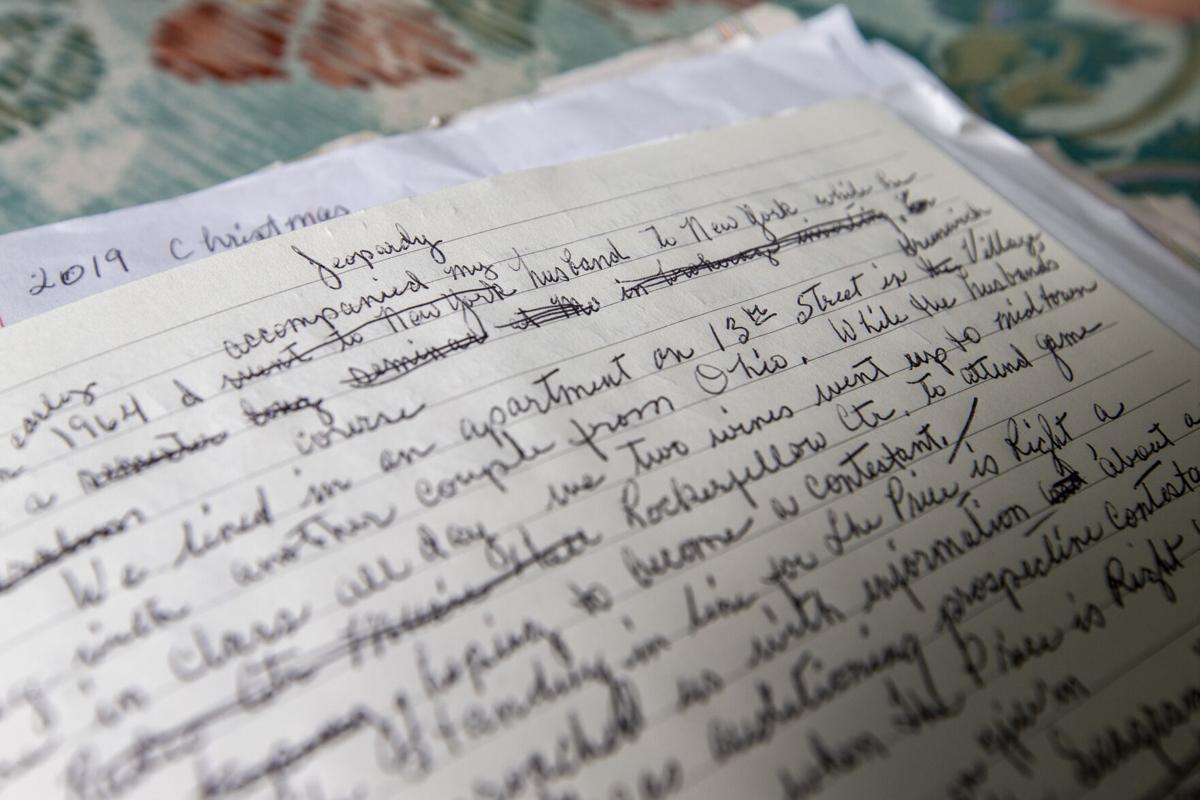 The clue: "'Good night, sweet prince' was originally said to him."

That won her $345 and made her the first "Jeopardy!" champion.

Eubanks calls it "a high point in my life."

"I remember sitting there with the audience out front and everyone laughing or clapping," she said.

On March 30, 1964, the show premiered on NBC with Art Fleming as host. It had been taped a few weeks earlier.

Who knew back then that television's top-rated quiz show and its most recent longtime host, Alex Trebek, would become American icons?

Now 82, the Candor native and mother of two has spent her career in public relations and fundraising for a variety of organizations, including the local chapter of the American Red Cross.

She is not a "Jeopardy" watcher.

"I never thought it would last forever and be as popular as it is," Eubanks said. "That makes it special to people."

"It was very special to me and it’s preserved in memory," she added. "I don’t want to relive it."

But she admired the way that Trebek dealt with pancreatic cancer that claimed his life on Nov. 8, prompting an outpouring of grief from millions of fans.

Trebek's last taped episodes will air next week. Guest-hosted shows will start to air the week of Jan. 11.

"He was determined to be who he was and to do what he was doing as long as he possibly could," Eubanks said.

A little information remains online today of that debut episode with Eubanks.

David Schwartz of Los Angeles, co-author of "The Encyclopedia of TV Game Shows," has an audio tape of that first episode in his private collection of old TV shows.

"Listening to it, you can tell that they are still struggling with the idea of how the show is going to work," Schwartz said.

The pop culture website Distractify ran an article several months ago that features Eubanks in a photo taken from a screen shot.

A "Jeopardy!" fan website mentions her introduction as "a housewife from Candor, North Carolina" on the debut show on March 30, 1964.

Listen to her introduction here.

There's a short YouTube clip that shows Fleming introducing the categories, although Schwartz said that the clip appears to be a test episode because the category lineup does not match the episode for which he has audio.

Schwartz said he is not surprised at how successful "Jeopardy!" has become.

"'Jeopardy!,' like 'The Price is Right' and 'Let's Make a Deal,' is one of those simple, basic shows that, when you see it, you can pick it up right away," Schwartz said. "It doesn't take a lot of explanation as to how to play the game. Those are the games that are most successful."

So, how did Eubanks end up on that first "Jeopardy!" episode at age 26?

Eubanks believes her Southern accent attracted the attention of Fleming. He had been a radio announcer in Rocky Mount early in his career and told Eubanks that he had lived in Raleigh.

"I am sure that’s why he wanted me on the program, because he wanted the Southern accent," Eubanks said.

Growing up in the Candor area of Montgomery County, Mary Cabell (she uses both names) had graduated from UNC, worked in a bank and taught high school English.

She and her then-husband, Bob Eubanks (no relation to the game show host) went to New York for three months so that he could attend training with his new employer, Merrill Lynch.

During that time, Mary Cabell Eubanks and a female friend spent several days attending game shows, with hopes of trying out.

While in line for "The Price is Right," a man invited them to audition for a new show: "Jeopardy!"

So they did — along with a roomful of other prospective contestants. Fleming, game show creator Merv Griffin and broadcast executives watched.

About 10 days later, Eubanks received a phone call, inviting her to compete on "Jeopardy!"

"I would love to," Eubanks told the caller. "What should I wear?"

"Nothing white," the caller replied.

On taping day, Eubanks was surprised to share the makeup room with Griffin.

She, Fleming and two other contestants taped in a studio filled with invited guests who created a familial atmosphere.

The audience loved her Southern accent, Eubanks said. "They clapped when I answered anything. They laughed when I pronounced things a Southern way."

Fleming liked it, too.

"I love the way Southern girls say 'fly,'" Fleming said after Eubanks answered a question about the opera, "Madama Butterfly." His wife is from Georgia, he added.

Eubanks was in second place at the Final Jeopardy clue: "'Good night sweet prince' was originally said to him."

Eubanks responded correctly: "Who is Hamlet?"

They taped another episode. Eubanks led until the Final Jeopardy question about silent movie stars. She didn't know the answer, but a New York cab driver did and she lost.

Everyone in attendance was invited to the famous 21 Club for dinner and drinks.

"I had to go home to fix dinner for my husband," she recalled. "We didn't have cellphones then. ... How could I let him know? I did what I thought I had to do."

She used her winnings to buy theater tickets and see popular Broadway shows.

The premiere of "Jeopardy!" — then a daytime show — aired a few weeks later. Eubanks' mother and grandmother, Mary Bennett Carlan and Gladys Leach Bennett, coincidentally came up to visit — although they ended up watching on a store TV.

"Bennie," as her family calls her, was in San Antonio, Texas, with her military husband and their new baby.

She had no idea that her sister would appear on TV.

Just as she turned on the TV to nurse her baby, she heard her sister's name announced.

"I felt hurt she hadn’t let me know," she said with a laugh. "I could have so easily missed it."

The original daytime version of the show aired on NBC until Jan. 3, 1975. A weekly nighttime syndicated edition aired from September 1974 to September 1975, and a revival, "The All-New Jeopardy!," ran on NBC from October 1978 to March 1979, according to Wikipedia.

The version airing as of 2020, a daily syndicated show produced by Sony Pictures Television and distributed by CBS, premiered on Sept. 10, 1984. Trebek hosted it until his death.

"Jeopardy!" contestant Ken Jennings made history in 2004 for the show's longest winning streak. He will be its first interim guest host starting Jan. 11.

But Eubanks made show history, too.

Dawn DeCwikiel-Kane: A look back at five favorite stories from 2020

Two wanted for murder after shooting at NC furniture business. Witness: One suspect worked at the shop.

Two Alexander County residents are wanted in connection with a shooting that left a woman dead at the furniture business TCS Designs on Wednesday afternoon.

(TNS) — The TV show American Pickers will be filming in North Carolina in March, and they're looking for people with large antique collections…

The Franklin County chapter of Black Lives Matter held a protest in front of the Rocky Mount Police Department on Sunday after learning two off-duty town officers were inside the U.S. Capitol on Wednesday during a rally and march for President Donald Trump that turned into a riot.

Authorities said a hand grenade that killed a Virginia teenager may be one of the many explosives that were unknowingly sold at a North Carolina antique mall.

Gov. Ralph Northam's administration on Wednesday unveiled legislation to legalize the recreational use of marijuana in Virginia, proposing a 21% state tax on the drug and a licensing program meant to ease entry for people harmed by the disparate enforcement of marijuana laws.

Braxton Culler has seen the letters his parents, who had been high school sweethearts, wrote to each other when Roy Culler was loading bombs o…

Nearly two months after a sinkhole opened up in the parking lot at the Morganton post office, repairs are set to begin.

Confederate statues likely to go undisturbed in SC in 2021

COLUMBIA, S.C. (AP) — Republican South Carolina legislative leaders are unlikely to give permission this year to local governments or colleges who want to take down Confederate statues or rename buildings honoring segregationists.

The "Rachael Ray" show will feature a segment on Brittany Williams, the founder of Greensboro-based iAlign Dance Company, and her efforts to collect new and gently used laptops to help Guilford County Schools students learn remotely during the pandemic.

Mary Cabell Eubanks at her home in Greensboro on Nov. 23. Eubanks made TV history by becoming the first "Jeopardy" champion in 1964. 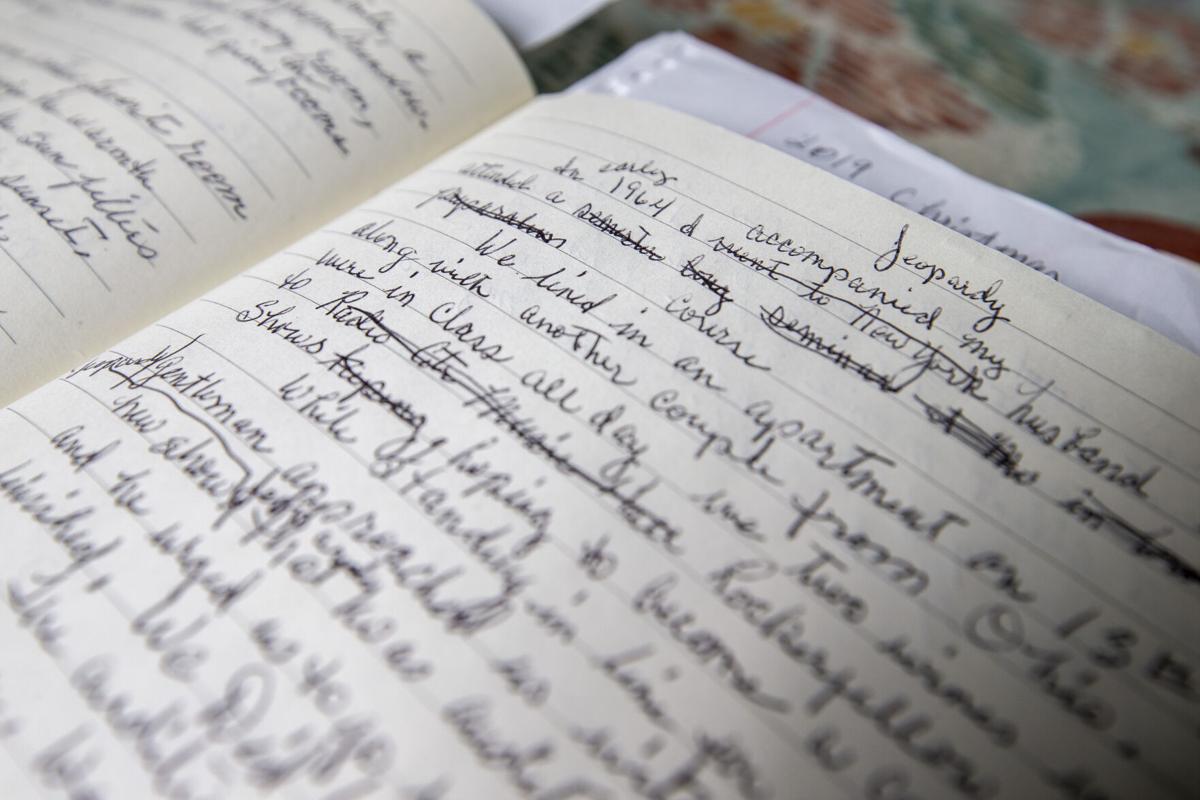