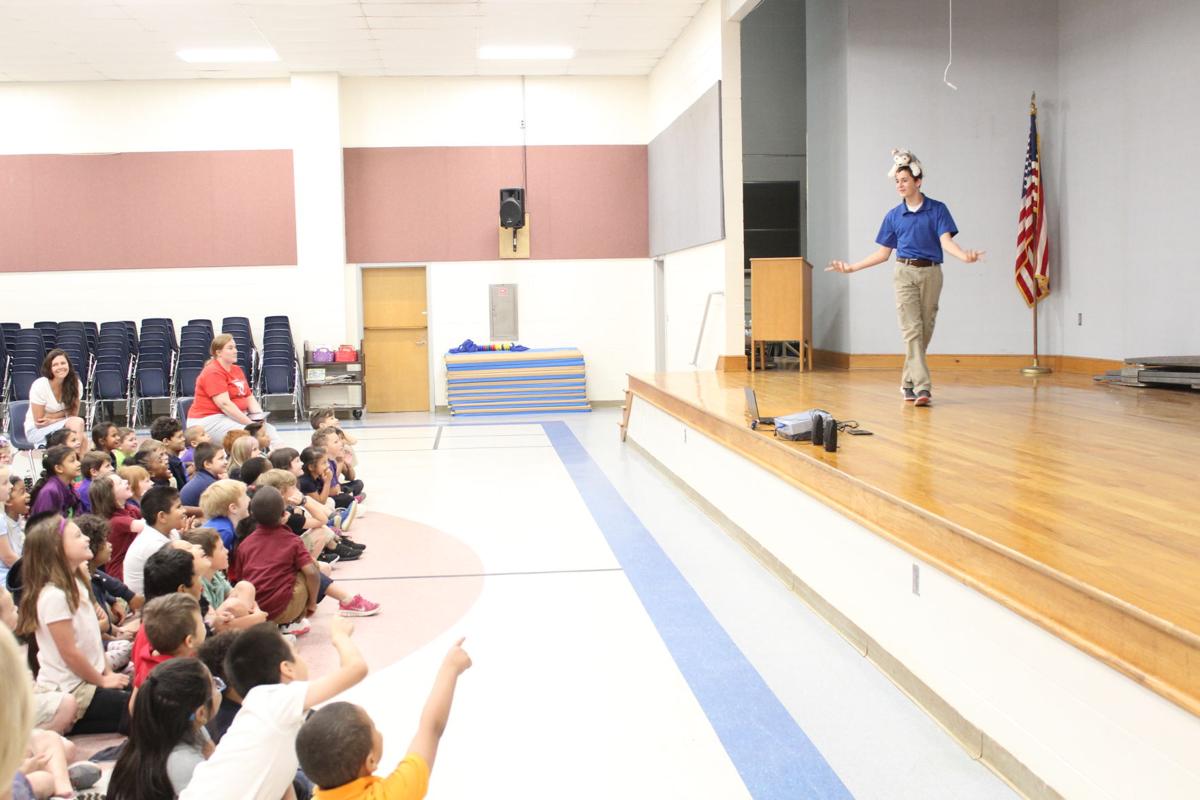 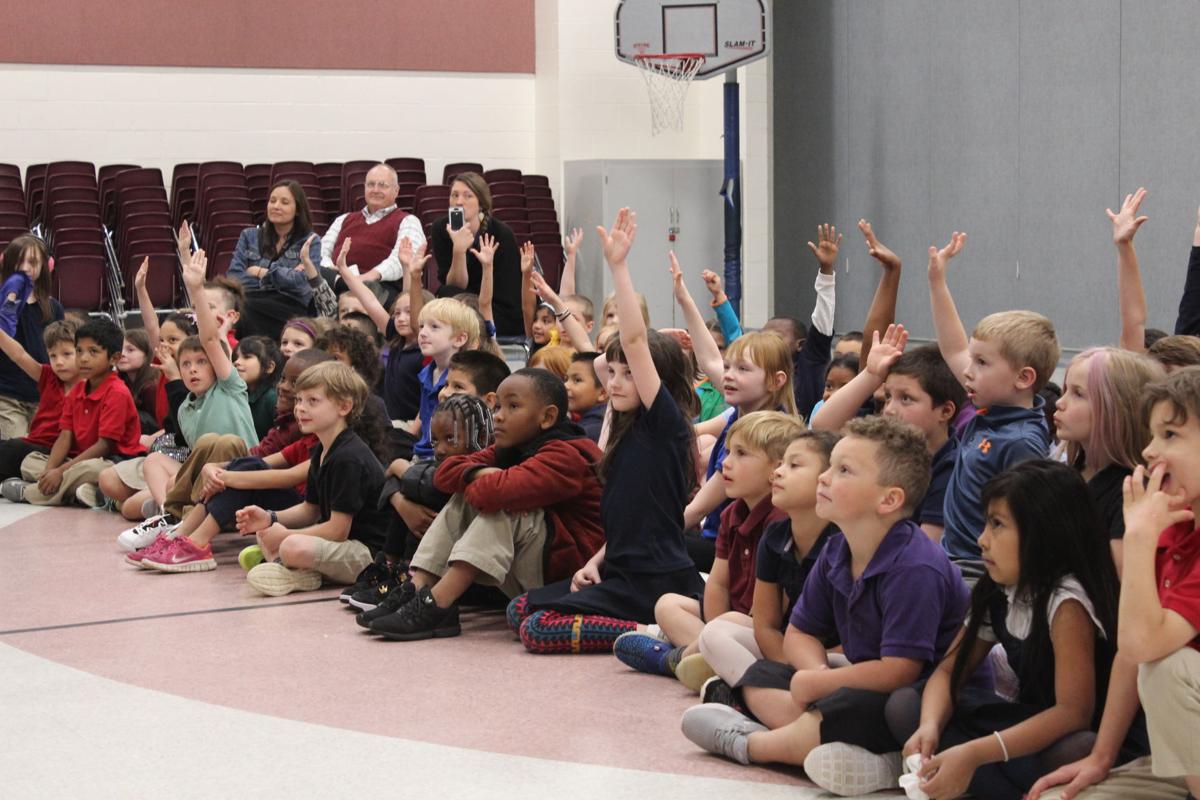 Three rows of rapt first-graders sat, wide eyed and giggling, soaking up every word the three eighth-graders had to say on pet safety.

And when it came time for questions, nearly every hand shot eagerly into the air.

Kannapolis Middle School eighth-graders presented to a group of 6- and 7-year-olds at Jackson Park Elementary on Monday, April 10, educating the younger students on how to care for their pets or interact with others they may meet while out and about.

The project came as part of the eight-graders’ responsible change project. Students had to research a topic that spoke to them and then devise a plan of action, going out in the community to make a difference. Those with similar topics banded together to execute their mission—anything from educating younger kids to hosting a community barbecue.

“That’s what this part of it is; they developed a proposal for the plan of action, and their plan of action is going out and speaking with elementary school students in the community to increase awareness,” eighth grade English teacher Steve Fulton said. “Eighth-graders are really excited about a lot of things, and they’re also really capable, and so it’s important because they can take their energy and imagination and put it into something that could help create change for good.”

The students said they enjoyed being able to take something they had a passion for and turn it into reality—actually do something about it.

“We all decided on animal safety at different points,” eighth-grader Brandon Fernau said. “Then we became a group together, and the presentation sort of came after that. It was a bit scary in the beginning, and then we got into the groove of it.”

The trio put together a slide show, found a dog safety video to share and used stuffed puppies to demonstrate different safety tactics, even calling up audience volunteers. The farther along the kids got, the more relaxed they became, settling into a rhythm and even getting some laughs from the watching students.

“Our initial goal was for them to realize how they can be advocates for anything,” eighth-grade teacher Breena Brown said. “We focused a lot on them finding their own voice and then using it. It’s been really interesting to see how passionate they became, especially these three, and how they were able to use their voice for something so great like this. And I think these kids, these three right here, blew it out of the water.”

But the assignment has generated a whole host of incredible projects. One group, for example, has organized a community cookout to facilitate discussion and speak out about gun violence and racism.

“We’ve got so many projects where we knew our kids were capable, but they have surpassed all of our expectations,” Brown said. “I think having them realize that they have a voice and that we care about the voices of our eighth-graders and that they can make a difference has been really incredible to see.”

The animal advocates certainly made an impact on their young audience. The group peppered them with questions afterwards, and Jackson Park Principal Erin Anderson said her students were excited for the event.

“I think it’s great,” she said. “I think our kids love to see the big kids because they’re cool, and they’ll listen to them. And I think it’s a great opportunity for them to have a captive audience.”

Having the kids reach beyond their own student body was another goal of the project, Fulton said. The teacher said he wanted his students to push out of their comfort zone and take a step into the real world.

“So much of what they do in school just happens within the school walls,” he said. “So it’s different to learn about something and then talk about what they’re learning about and bring it out into the community, beyond the walls of the school.”

On Friday, April 21, from 11 a.m. to 1 p.m., Kannapolis Middle School students will host a community cookout to speak out against gun violence and racism. The free event—held at North Cabarrus Park, 760 Orphanage Road in Concord—will feature free hot dogs, music, a silent auction, basketball, corn hole, a prize raffle, kids’ games and face painting. The cookout is in memory of Anthony Frazier, a KMS student who was shot in killed while visiting family in Charlotte in January.

Anyone interested in donating can contact Krista Chapman at krista.chapman@kcs.k12.nc.us. Any money left over after expenses for the event will be used to buy a memorial for Anthony.

Rooster will appear in court after killing owner during illegal cockfight

CONCORD – This month, 12 local restaurants will debut limited-time only burgers for the first ever Cabarrus Burger Madness celebration.