Martha Maxine "Mac" Basinger Bonds, 94, was born Oct. 27, 1925 in Concord, to Sidney Adolphus and Allie Bell Basinger. She was the youngest of four children and her older siblings, Polly Holcomb, Sidney Basinger and Alice Gardner, preceded her in death. The siblings were always very close. Mac graduated from Concord High School when it only had 11 grades. She was a high scorer on the basketball team and always enjoyed time with friends and time at the beach. After high school, Mac worked for Zack Roberts Photography Studio and there met Lawson Bonds, who had served in the Navy during WW2 on the USS Sequoia. They wed Valentine's Day in 1956, and were married until his death in 2010. Together they started Lawson Bonds Studio in Concord and Lawson's reputation as a photographer grew as they took photos of historic events, local landmarks, families, brides and weddings all over Cabarrus County and the surrounding area until they retired in 1988. They sent out creative Christmas cards every year displaying tiny photos of themselves, superimposed onto various backgrounds; these became treasured keepsakes for many. Mac could be seen from time to time riding her bicycle downtown and carrying it up the stairs to the studio. During their marriage, they enjoyed traveling to many U.S. states, national parks and to annual gatherings of the Plankholders Club for original crew members of the USS Sequoia. They faithfully supported two churches in their lifetime - originally Poplar Tent Presbyterian Church with Lawson's family and then Forest Hill United Methodist Church after they built a home across town. Though Mac had no children, she will be remembered especially fondly by her nephews, nieces and all of their families. Mac has lived at Morningside Assisted Living Facility in Concord for six years and has been under the care of the Morningside staff and the special care of Carlene Wilcox who has become a close friend to the family. Mac passed away peacefully July 21, 2020. After Lawson's death, some of Mac's many nephews took care of her day to day affairs. Lee Basinger, Brown Gardner, Bud Gardner, Sonny Holcomb, Tony Basinger (deceased 2019) and Tony Bonds were especially attentive. Unfortunately due to the Covid-19 virus and rules limiting the size of social gatherings, a traditional memorial service and funeral will not be held at this time. Instead, the immediate family will inurn her ashes at Forest Hill Methodist Church columbarium beside her husband in a private ceremony and have hopes of a celebration of life event at a later date. Memorial gifts to honor Mac may be made to Forest Hill United Methodist Church, 265 Union St. N, Concord, NC 28025; or Poplar Tent Presbyterian Church, 6841 Poplar Tent Rd., Concord, NC 28027 Mac Bonds will be missed by many and had a long life well lived. Cabarrus Funeral, Cremation & Cemetery cabarrusfuneralandcremations.com

+1
+1
To plant a tree in memory of Martha Basinger Bonds as a living tribute, please visit Tribute Store. 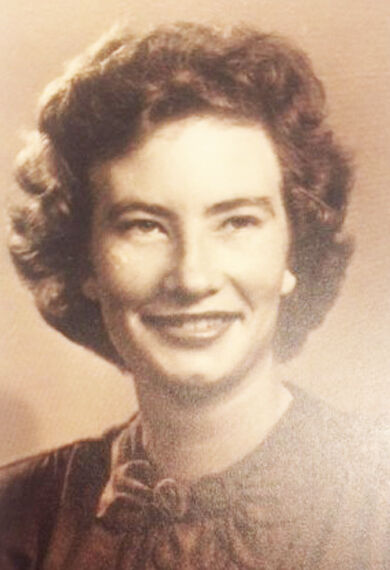