Andy Griffith, in 1968, starred in “The Andy Griffith Show” as the sheriff of the fictional town of Mayberry, N.C., based on his actual hometown, Mount Airy. 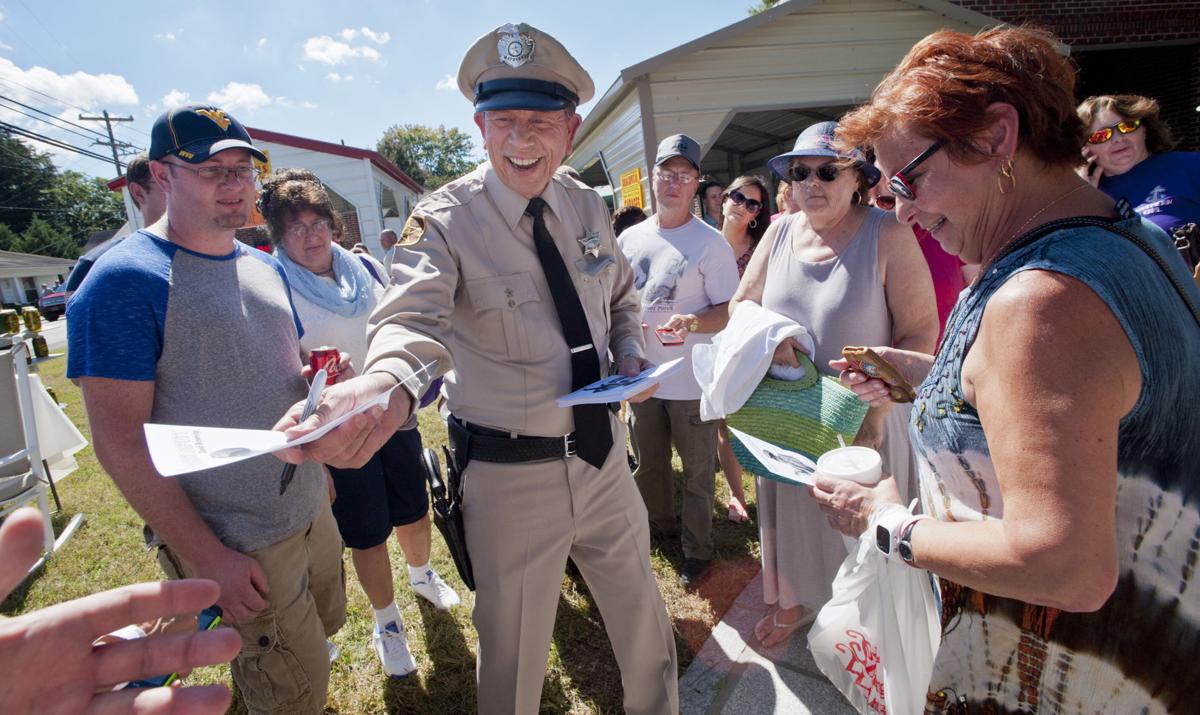 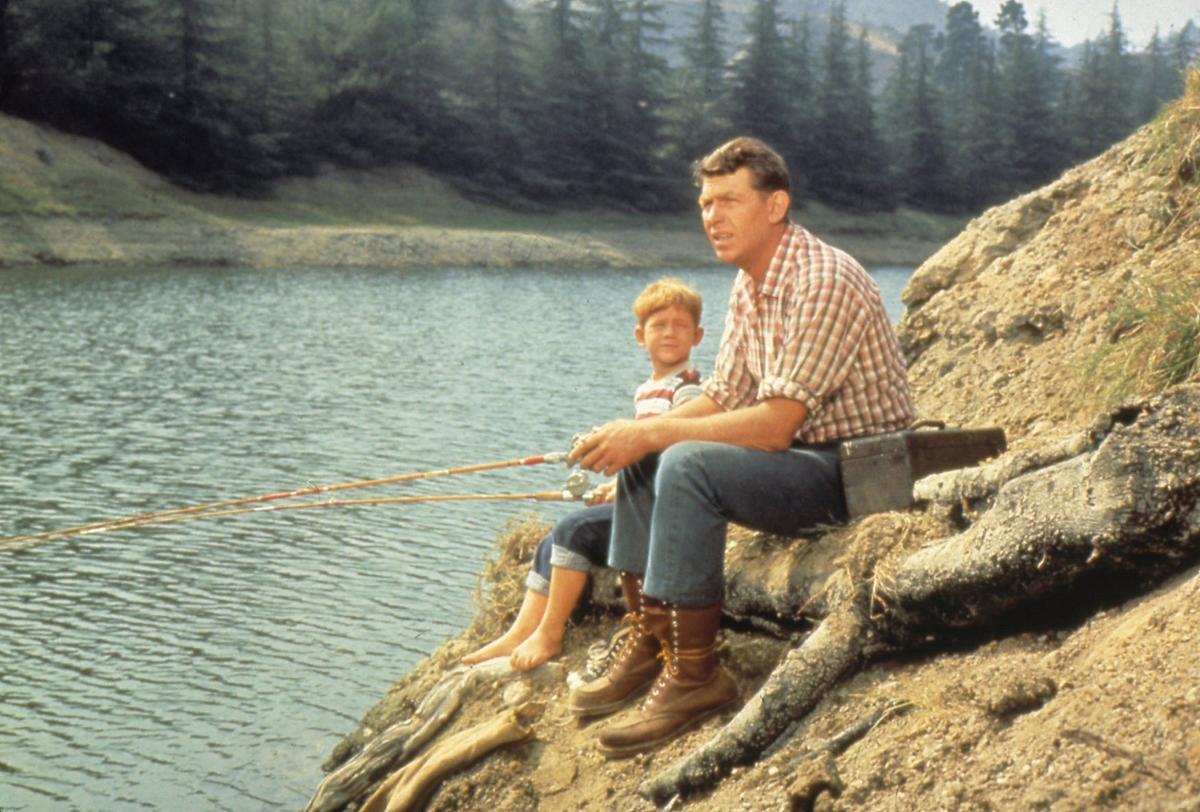 Ron Howard and Andy Griffith played son and father in “The Andy Griffith Show,” whose gentle humor and virtues of honesty, compassion, friendship and family have made it a timeless favorite. Griffith’s hometown, Mount Airy, celebrates the show with its Mayberry Days festival.

Before “The Andy Griffith Show,” before nearby Pilot Mountain became the nucleus of a popular state park, Mount Airy had the Rock.

Granite, to be precise. Mount Airy is home to the largest open-face granite quarry in the world. Stretching more than 60 acres on the surface and thousands of feet below is a mass of stone so pure and desirable that it can be found in such varied sites as the World War II Memorial in Washington, the gold depository at Fort Knox, the Wright Brothers National Memorial, and street curbing in frigid climes where the brine used to clear snow and ice can destroy any concrete.

Mining began here in 1889. But Mount Airy was already a thriving town — and had even achieved some notoriety in the mid-19th century as the home of the original Siamese twins, Chang and Eng Bunker. Its broader fame began in 1960 when local boy Andy Griffith, already a star of stage and screen, launched his eponymous sitcom on CBS.

Mount Airy is a real place. Mayberry is fictional. But in the minds of its many millions of fans, Mayberry is a real place, too — not a physical location but a moral one. A place where mistakes earn people second chances, not everlasting scorn. A place where parents teach their children the virtues of honesty, responsibility and compassion — and sometimes get schooled themselves in those same virtues by those same children.

Desperate to find such a place, if even just for a weekend, fans began visiting Mount Airy in droves. The Granite City proved supple enough to welcome them. You can get into a vintage squad car at Wally’s Filling Station and be carried off to Floyd’s Barber Shop for a trim, Barney’s Cafe for a smile, and Snappy Lunch for its famous pork-chop sandwich.

I was in Mount Airy recently for the Mayberry Days festival. My new Revolutionary War-themed novel “Mountain Folk” is partly set on the distinctive Big Pinnacle of nearby Pilot Mountain, so it was a natural for me to do a downtown book signing. But that was just an excuse. My wife and I wanted a weekend getaway. We got that, and much more, thanks to Ted Koppel.

No, the famous newsman wasn’t in Mount Airy when we were there. But he’d come a short time before, producing a segment that aired on “CBS Sunday Morning” just as Mayberry Days was about to begin.

It was, alas, largely a hit piece. Looking more discombobulated than discerning, Koppel sought to depict Andy Griffith fans as bigoted fools wallowing in nostalgia about a racially segregated past. He reacted with mock dismay at the idea that a couple from Ohio would let their son watch the show for hours at a time. “Aren’t you afraid,” he asked disdainfully, that “you’re going to turn his little brain to mush?”

There was also a lengthy interview with some tourists who believe the election was stolen from Donald Trump, think the Jan. 6 riot was staged by antifa, and see journalists as “enemies of the people.” Of course, there are quite a few Trump supporters who believe such rubbish. They’ve been lied to, yes. But they’ve also been alienated by years of watching sneering schoolmarms like Koppel.

The folks I talked to in Mount Airy were enraged by his hit piece. Few television shows on the air half a century ago were racially integrated. Why did CBS choose this much-beloved program, and the proud community that celebrates it, as battlefields in someone else’s culture war? If you think “The Andy Griffith Show” continues to brighten the days of its many fans because of some misbegotten yearning for white supremacy, you are deeply confused — and entirely untrustworthy as an observer of the human condition.

People long for Mayberry because of the timeless and universal truths found there. Like folks have done for more than a century, they come to Mount Airy looking for solid rock.

John Hood is a John Locke Foundation board member and author of the new novel “Mountain Folk,” a historical fantasy set during the American Revolution (MountainFolkBook.com).

John Hood is a John Locke Foundation board member and author of the new novel "Mountain Folk," a historical fantasy set during the American Revolution (MountainFolkBook.com).

By now we are all aware of the risks involved with COVID-19 and how it can spread quickly and leave a trail of sick individuals, particularly …

Williams: Pharrell Williams is not happy. If his Virginia Beach music festival is to continue, that city's leadership must listen and learn

Pharrell Williams has reeled in a boatload of awards as a recording artist and producer. But the Virginia Beach native’s greatest hit may have been the 2019 Something in the Water music festival on that city’s waterfront.

Williams: Our democracy is being torched. A survey out of UVA suggests many voters are willing to watch it burn.

A falsehood-fed fire is engulfing American democracy, where more than half of Trump voters  -- and 4 out of 10 Biden voters -- support secession from the union.

By the time NASCAR rolled into North Wilkesboro in the fall of 1996, the nation’s premier stock car series was moving in new directions, spurr…

COLUMN: Democrats don’t know how to fight it and Republicans won’t

My daily walk to and from school in first grade was past the house of the neighborhood bully. Day after day I came home crying. Finally, my mo…

Richard Kyte: Why finding a 'third place' is important to you — and to America

Commentary: People who have a regular third place expand their circle of friends, laugh more often, are more engaged in their community, are happier and live longer.

You Never Know: An excerpt

This is an excerpt taken from my fourth book, ‘The Second Coming: The Apocalypse.’ I was told by multiple readers that they loved this exchang…

COLUMN: Advice for the born-again Christian

“By this gospel you are saved, if you hold firmly to the word I preached to you.” (1 Corinthians 15:2)

Should Joe Biden’s pending $3.5 trillion bill pass, the result would be an outright perversion of our system of governance. Thanks to the peop…

COLUMN: What are we going to do with Jesus?

This question is directed to each of us. Every person who lives in this world must answer the question. No one can answer for us. It requires …

Andy Griffith, in 1968, starred in “The Andy Griffith Show” as the sheriff of the fictional town of Mayberry, N.C., based on his actual hometown, Mount Airy.

Ron Howard and Andy Griffith played son and father in “The Andy Griffith Show,” whose gentle humor and virtues of honesty, compassion, friendship and family have made it a timeless favorite. Griffith’s hometown, Mount Airy, celebrates the show with its Mayberry Days festival. 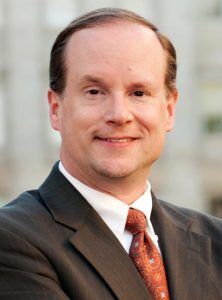