CONCORD – Being down players led to Concord Academy being down early against Indian Trail Metrolina Christian Academy. But the Eagles’ girls team rebounded the ball well and rebounded on the scoreboard, too, stealing an 82-75 Metrolina Athletic 3A Conference victory over the visiting Warriors Monday night.

Sophomore swing player Zoey Ward scored 24 of her career-high 38 points in the second half, sinking five 3-pointers overall and complementing her outside game with hard-charging, silky-smooth layups.

Playing without three senior starters due to missing practices over Christmas break, according to coach Bill Middlebrooks, Concord Academy dressed only seven players. But it was good enough for the Eagles to improve to 7-1 overall and 3-0 in league play.

Monday’s boys game scheduled between Concord Academy and Metrolina Christian Academy was reportedly postponed due to a COVID-19-related issue.

The Concord Academy girls last played a game three weeks ago on Dec. 11. Whether it was the rust on their shooting strokes or on their home rims, the Eagles had a hard time scoring in the first half and trailed by as many as 20 points early in the second quarter.

“The first half was just a struggle,” said Middlebrooks. “Metrolina played well, they were knocking down 3’s. They didn’t miss too many shots in that first half. Now the second half was a different story.”

On her way to a team-high 22 points, the Warriors’ Emily Walters made half of her game-high six 3-pointers in the first quarter. Concord Academy managed to chip away at its deficit, cutting Metrolina’s lead to 37-27 at halftime.

Ward dropped 14 points in the first half but eclipsed it with 15 in the third quarter. The 6-foot sophomore found a sweet spot on the right wing to connect on three of her 3-pointers.

“We got a little hot,” said Middlebrooks. “Zoey Ward (who was averaging 17 points per game entering Monday) got hot for us. And the defensive intensity picked up for us.”

With 5 minutes, 36 seconds left in the game, Dickens gave Concord Academy its first second-half lead, 62-61, on a putback off a teammate’s missed 3-pointer. Walters gave Metrolina its final lead, 66-65, when she followed her own 3-point miss with an easy layup at the 4:06 mark.

A little more than a minute later, the Eagles took the lead for good on McKenzie Taylor’s gutsy play. She stole an inbounds pass near midcourt, drove to the free-throw line, and dished to Lexander for a layup and a 69-67 advantage.

Taylor, who added 14 points, later dropped a 3-pointer with the help of Ward’s assist. Taylor hit a pair of two-shot free throws in the game’s final 37 seconds – as did Lexander – to close out the win.

CONCORD – A common compliment given to athletes who bring a multitude of skills to the table is calling them a “Swiss Army Knife.”

CHARLOTTE – It was a great night for the Concord Academy girls basketball team, as the Eagles cruised to a 67-27 victory on the road against H…

The Concord Academy boys and girls basketball teams have picked up right about where each of them left off last season. 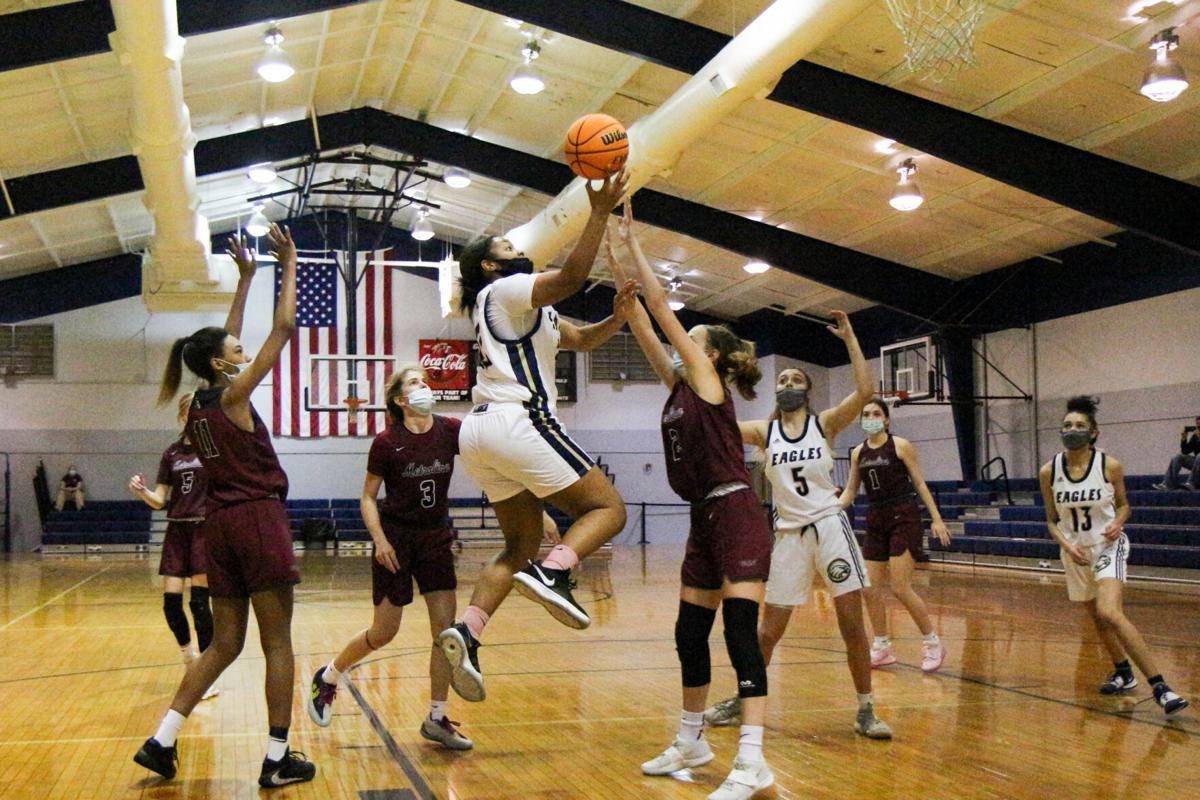 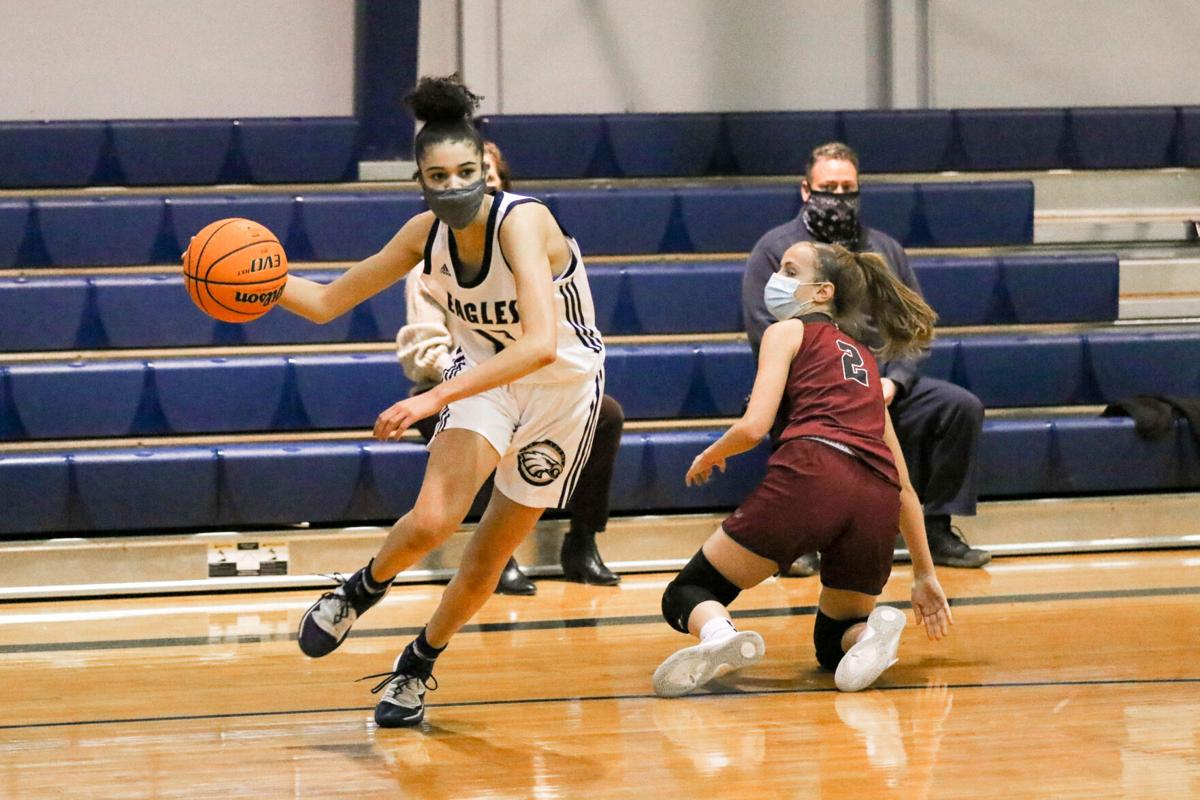 Raven LeXander (13) drives to the basket. 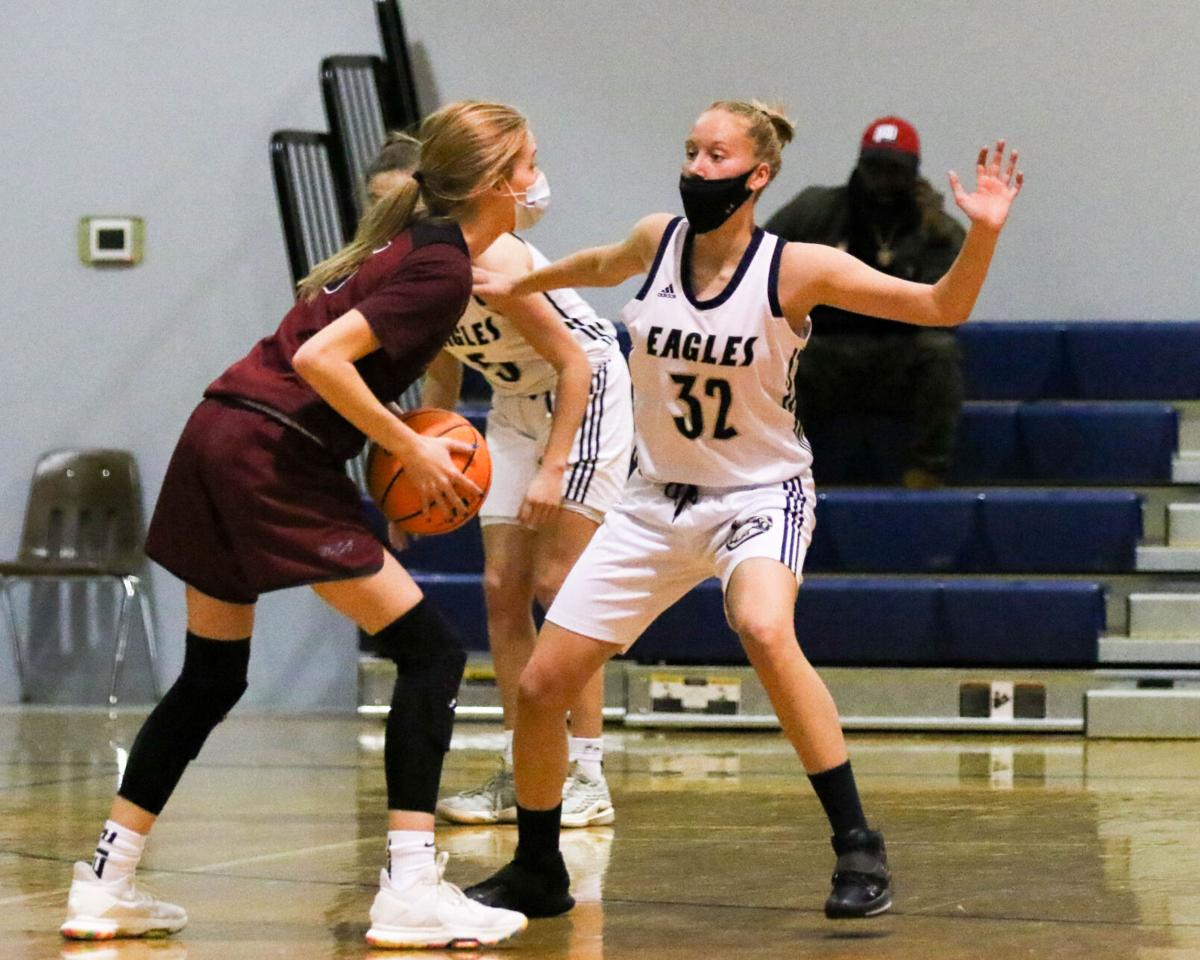 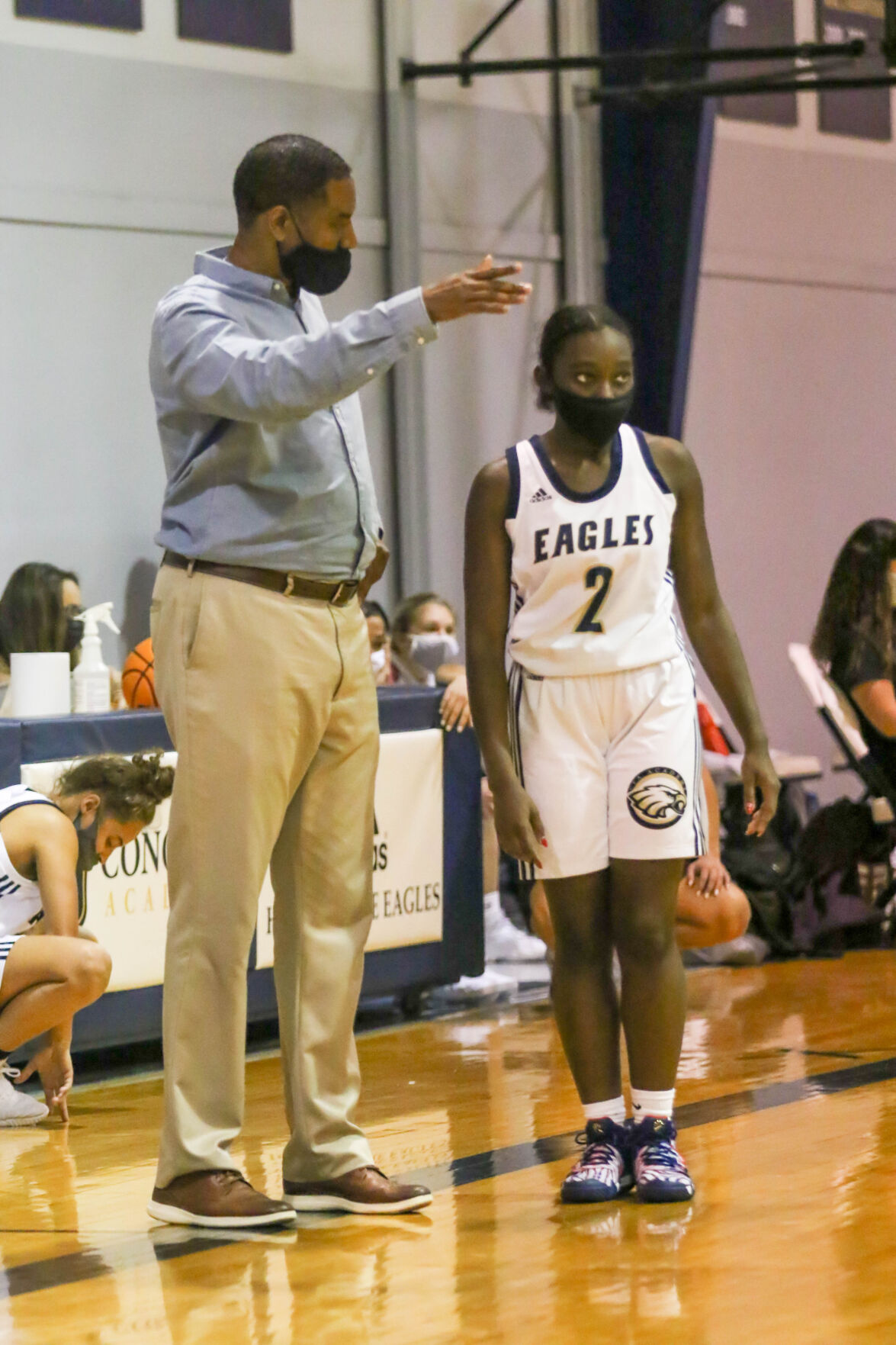