Subscribe
Read Today's E-Edition
Share This
‘Greensboro will always be the home of the ACC, wherever the office is,’ says sportswriter there since the beginning.
0 Comments
Share this
JOHN DELL | Winston-Salem Journal

Irwin Smallwood, a sportswriting legend in North Carolina's Triad, was a young scribe breaking news in 1953 when the Atlantic Coast Conference formed at Greensboro's Sedgefield Inn.

Smallwood, 96, spent his entire newspaper career at the News & Record in Greensboro, nearly 45 years of it watching what the ACC did for the city and the Triad region around Greensboro and Winston-Salem. Recalling the humble beginnings of the conference, he realizes he's now the only living person who was in the room with athletic directors and others for the birth of the ACC.

The announcement came late into the night. The seven original schools were breaking away from the Southern Conference to form their own.

“They waited until after midnight, so I missed my deadline,” Smallwood said.

The ACC announced Tuesday that its headquarters will move from Greensboro to Charlotte in 2023.

“I’m not surprised,” said Smallwood, who retired in 1989. “Greensboro will always be the home of the ACC, wherever the office is located. I’m not sure it makes any difference, but it is a point of civic pride that’s now lost.”

Smallwood, who is tied to Greensboro maybe more than any other journalist, moved to the area when he was in ninth grade. He graduated from Greensboro High School, now Grimsley, in 1944.

“I actually started working at the paper when I was still in high school,” Smallwood said with pride in his voice.

Like a lot of basketball fans who love the men’s basketball tournament in Greensboro, Smallwood wants to know one thing.

“Does this hurt our chances of having the tournament here?” he asked. “Because ... it’s always been a staple in our area, and I just hope that continues.”

The 2023 tournament will be March 7-11 at the Greensboro Coliseum, and the 2024 event will be at Capital One Arena in Washington. A site for 2025 could be announced in the fall, ACC commissioner Jim Phillips said Tuesday, but Greensboro is promised two men's tournaments from 2025 to 2034 in a $15 million incentives deal agreed upon by legislators and the ACC to keep the league office in the state.

Smallwood gives a lot of credit to former commissioner John Swofford as a guiding force in how the ACC became a part of the fabric in Greensboro. Swofford and his family lived in Greensboro, and he and his wife, Nora, have retired to a house at Sedgefield Country Club, not far from where that original ACC meeting was held.

“Commissioner Swofford made himself a part of the community, and that’s what I think we are going to lose,” Smallwood said.

Smallwood is also realistic about what has become of college athletics and the growing amount of money involved. Each conference has a challenge ahead to stay relevant and to maintain the revenue it takes to stay viable.

“Times change, and I realize that,” Smallwood said. “This is now a different time in our lives but, to me, the ACC will always be a part of my life and parts of all the lives of people that live here. That won’t ever change.”

Smallwood and Smith Barrier, the Greensboro sports editor when the conference was formed, helped the ACC become organized once it was formed.

“Smitty and I would edit and put together their yearbooks after football and basketball seasons because they were trying to get organized,” Smallwood said. “I think we did that for the first 12 years the conference was in existence.”

Smallwood, for whom the media center at Sedgefield's Wyndham Championship is named, took his time as he summed up what it means to lose the ACC like a family friend who is moving away.

“When it’s all said and done, the ACC’s loss of Greensboro is more significant than Greensboro’s loss of the ACC office,” he said. “I don’t think they’ll ever get a city that’s done as much for the ACC as Greensboro has done.”

The Atlantic Coast Conference office is moving to Charlotte, preserving the league’s North Carolina roots but departing the city of its origin.

The Houston Astros clinched their fifth AL West title in six years, getting a leadoff home run from Jose Altuve in a 4-0 victory over the Tampa Bay Rays. Headed to the postseason for the sixth straight season, Houston won for the eighth time in nine games and improved the AL’s best record to 97-51. Luis Garcia won his fifth straight decision, giving up two hits and four walks in five innings while striking out four. Hunter Brown and Héctor Neris finished a five-hitter, the Astros 16th shutout this season.

Tutu Atwell didn’t get to play for the Los Angeles Rams during the preseason and that’s how he knows his second NFL season is off to an excellent start. Coach Sean McVay shows his disdain for the injury risks in the NFL’s exhibition schedule by refusing to suit up practically any player he expects to make a significant contribution in games that count. By not touching the field in August, Atwell knows he’ll be on the grass in September. That’s more good news for a receiver who’s back in the mix after his rookie season started quietly and ended early.

GREENSBORO — A second athlete who competed for the N.C. A&T track and field program during the 2021-22 school year has received a provisional suspension from the sport's international Athletics Integrity Unit.

CLEMSON, S.C. — Ship happens. Clemson football is 3-0 because of it. Sophomore running back Will Shipley continued his ascent into stardom with 153 total yards and two rushing touchdowns and Clemson’s defense forced four turnovers as the No. 5 Tigers beat Louisiana Tech, 48-20, on Saturday night. Shipley, who carried 12 times for 139 yards, became the first Clemson running back since 1950 to ...

Georgia moved up to No. 2 in the first Associated Press college football poll of the regular season. The Bulldogs passed Ohio State after the defending national champions dominated their opener. Alabama remained No. 1 in the AP Top 25 presented by Regions Bank, receiving 44 of 63 first-place votes. The Bulldogs narrowed the gap on the Crimson Tide after beating Oregon 49-3. Georgia received 17 first-place votes. Ohio State slipped to No. 3 and received two first-place votes. Michigan moved up four spots to No. 4. Clemson dropped one place to No. 5. Florida debuted at No. 12 after its thrilling victory at home against Utah. The Utes slipped six spots to No. 13 after the loss. Oregon’s loss to Georgia sent the Ducks all the way out of the rankings.

Who can afford to buy the Phoenix Suns? 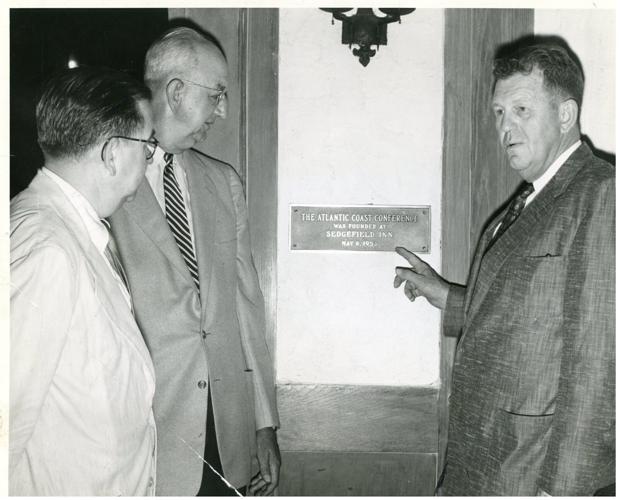 The Sedgefield Inn in Greensboro is where the Atlantic Coast Conference was founded in 1953. 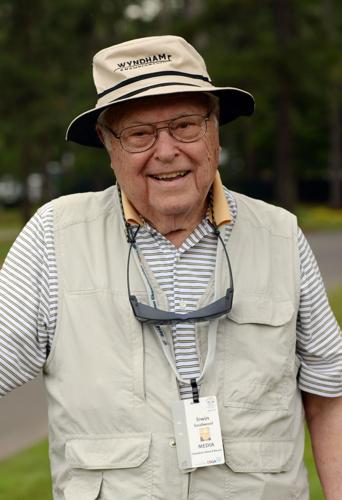 Retired News and Record reporter Irwin Smallwood was at the U.S. Open in Pinehurst in 2014.