Subscribe
Read Today's E-Edition
Share This
He drives from Florida nearly every weekend to race in Winston-Salem. After 8 years, he got his first ‘Madhouse’ win.
0 Comments
Share this

After nearly 10 years of driving back and forth from Florida to Winston-Salem most weekends, one would expect Jeremy Gerstner to have gotten a speeding ticket or two.

“You might not believe this, but I haven’t,” said the Bowman Gray Stadium driver, 49, who earned one of the biggest wins of his career last week in the Modified Division.

Gerstner’s wife, Dawn, has helped by doing most of the driving, especially this year.

“She’s got this Honda Pilot, and she and I and the kids have used that this summer, but we’ve been good about not driving too fast,” he said.

The Gerstner family, which includes JT, 12, and Megan, 8, have been going back and forth for many years so that Gerstner can race at the famed quarter-mile track. He fell in love with "The Madhouse" when the History Channel filmed the weekly NASCAR series in 2010.

It was Dawn who suggested they start looking at racing at Bowman Gray Stadium because Jeremy kept winning everything in Florida. He has accumulated more than 180 wins in the featured divisions but said that when he didn't win he became pretty upset.

"(Dawn) just said, 'Let’s go try something else,'" Gerstner said. "And so she suggested heading up north to race at Bowman Gray."

He started racing in Winston-Salem in 2014, then for five years was a regular thanks to Grady Jeffreys. More recently, he’s gotten help from Tim Brown and says without Brown’s help he may not be racing at Bowman Gray Stadium.

“He’s like a brother to me,” Gerstner said of the 11-time champion. “If people just saw him like a lot of us do, they would know that’s he’s a great family man and is a great friend.”

Gerstner's win last weekend after about 40 starts over the years in the Modified Division made for an emotional night. He had come so close for so long, drivers and fans could feel what Gerstner was feeling.

“Here I am in victory lane crying because I just felt like I was finally a part of this place,” said Gerstner, the third Florida driver to win a feature event at the track, following Bill Snowden (1951) and Ben Kennedy (2013).

Another of the Modified Division veterans, Chris Fleming, is also close to Gerstner and his family. Fleming makes sure to facetime Gerstner’s son and the family during the week when they are back down in Florida.

Fleming, who won the other Modified race last weekend, said Gerstner’s win was exceedingly popular in the pit area.

“We call him Kung Fu,” Fleming said. “I couldn’t have been more happier for a guy to win than him. He’s just a tough guy, a lot tougher than I’ll ever be.”

Fleming said his family has grown close to the Gerstner family, and a lot of that is through their faith.

“I do a ministry over there and they are a big part of that,” Fleming said. “You won’t find a greater family, and for them to come all this way from Florida to race every weekend is unbelievable.”

In his post-race interview with track announcer Randy Pulliam, Gerstner dedicated the win to the late Bubba Beck, who died in June 2002 at age 66 in a Modified race at the stadium. The Bowman Gray Stadium Ladies Auxiliary started an award in Beck's name, and Gerstner has received it.

"(They) said he was like me because he borrowed car parts like I do trying to win out here," Gerstner said. "I never met him, but I want to thank him as well."

The Gerstners live in Wesley Chapel, Florida, in Pasco County near Tampa, and Jeremy owns a landscape company. It’s about 650 miles away, or about 10 hours each way. The Gerstners have an RV near Brown’s house in Tobaccoville, and this season they began storing his car there.

“In the past, I’ve lugged my car and trailer up and back, and I almost needed a sponsor just for my tires for my hauler,” Gerstner said with a laugh.

As for the cost of gas, Gerstner said it’s been more expensive than ever to keep going round trip.

“There’s no doubt we’ve spent more this summer because of gas prices, but I don’t have a figure as to how much more,” Gerstner said. “I guess that just proves how much we love doing this.”

Gerstner started racing thanks to his father. At 6, growing up in Belleville, Illinois, he got his first taste and loved it.

“My dad was a drag racer, and I was hooked early,” Gerstner said.

Now Gerstner’s 12-year-old son, who despite having six operations since he was born, has the racing bug. J.T. was born six weeks premature and had to undergo several operations, including a $120,000 procedure the family paid for out-of-pocket about six years ago.

“That kid has been through a lot but he’s fine now and wants to race and he’s doing some of that already down in Florida,” Gerstner said.

Gerstner said having his family there in victory lane last week was a big reason he cried.

He admits it’s not easy to keep driving back and forth. Wesley Chapel is about a half hour north of Tampa, and the Gerstners have put about 13,000 miles on their Honda Pilot this season. Gerstner said he’ll continue to make the drive but they do have a long-range plan.

“We’ve bought some property in Statesville, so we want to build a house there and have a place where I can keep my car and all of that,” he said. “Then one day we’ll sell our property down in Florida and move up here. We’ll just see how everything goes.”

All of the family's traveling made the July 16 win that much sweeter. Gerstner stayed in front in one of the 25-lap races.

“To know I’m now a part of the history of this place,” he said. “Bowman Gray Stadium is so humbling because you think you got it solved and then you don’t. So just finally winning and seeing how everybody reacted to it says something about these people that make up this place. All these fans that come out are so into it, and I realize I’m not from around here like a lot of the drivers but they’ve accepted me. I think even more now that I won.” 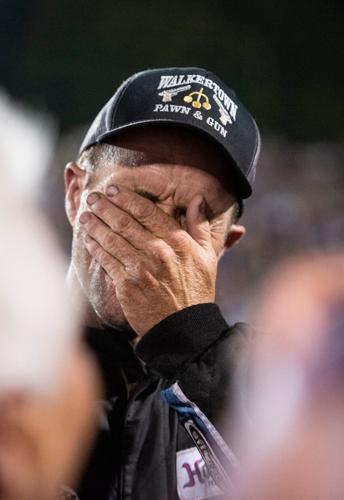 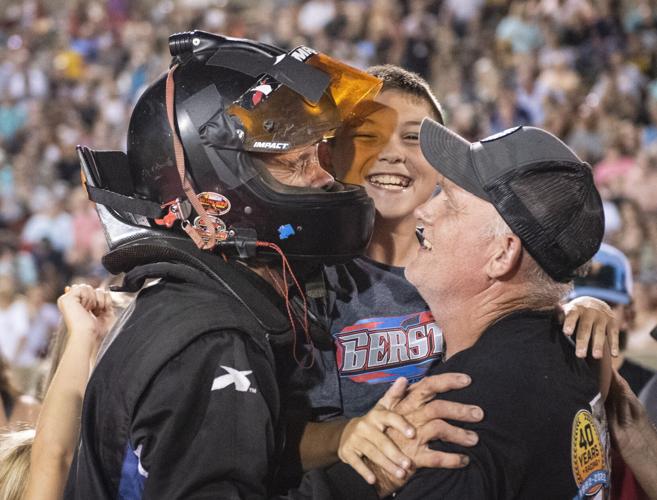 Jeremy Gerstner celebrating his first win with his son, JT, and A.J. Sanders. 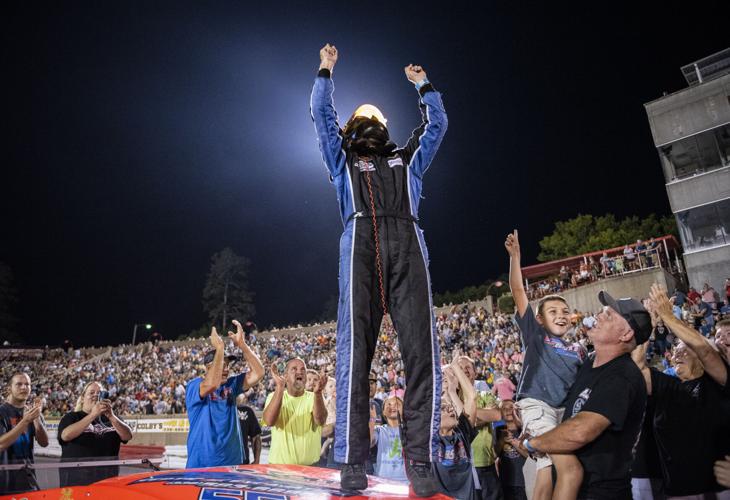 After more than 40 starts at Bowman Gray Stadium, Jeremy Gerstner gets that elusive win. 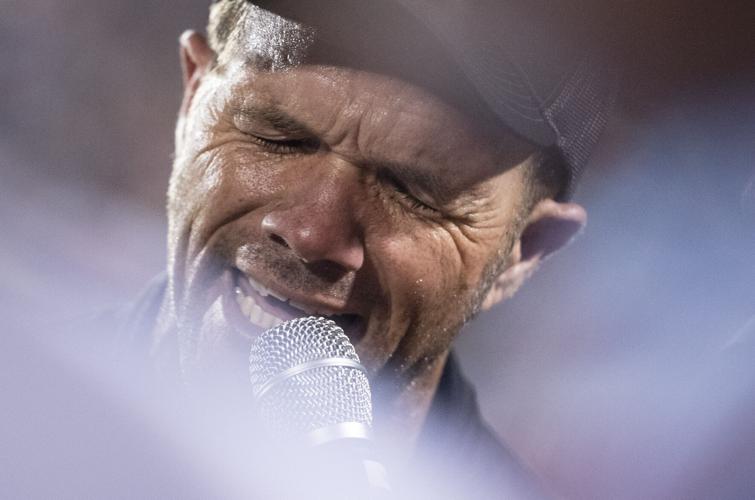 Jeremy Gerstner says he feels like he belongs after scoring his Bowman Gray win. 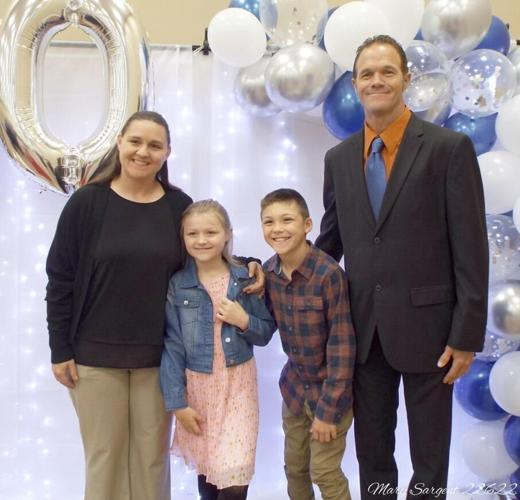 Jeremy Gerstner and his family posing for a picture at Bowman Gray Stadium's year-end banquet in 2021.