The Cannon Ballers minor league baseball team announced on Thursday that it will open its season on May 4 at Atrium Health Ballpark.

The Cannon Ballers will play host to new Southern Division foe Down East Wood Ducks out of Kinston on Opening Night, a Tuesday.

The newly built stadium was set to debut last spring, but the season was cancelled because of the novel coronavirus. Now, however, the Cannon Ballers are finally set to take the field.

“We have our sights set on an historic year for the Cannon Ballers and the City of Kannapolis,” team general manager Matt Millward said in a team news release. “Over the years, baseball has continually been there to unite our community. We are beyond excited to showcase the fun we have in store and can’t wait for all residents of the area to finally have an opportunity to cheer on their hometown team.”

The Cannon Ballers, a Chicago White Sox Class-A affiliate, are scheduled to play 60 home games from May through mid-September. Half the Cannon Ballers’ home dates this season will be played on the weekends (Friday, Saturday or Sunday), including a signature weeklong homestand concluding with an Independence Day celebration on July 4th. Game times and a full promotional schedule for the 2021 season will be announced later.

As Opening Day nears, the team will be working closely with local officials and Major League Baseball to develop a plan that lets fans enjoy baseball safely, following all appropriate health protocols. With an expected reduced capacity, priority will be given to Cannon Ballers season ticket holders.

“We have been waiting a long time to play baseball in our new ballpark,” said Kannapolis Mayor Darrell Hinnant. “We are hopeful that with the drop in the number of COVID cases and the availability of vaccines we will be able to have a season this year. Everyone is working hard in our community to ensure everyone is healthy so we can experience the simple joys of a baseball game together again. The announcement of a schedule is a great first step toward getting us back out on the field.”

The announcement of the 2021 season follows other recent developments from Major League Baseball, including the creation of a newly formed 12-team “Low-A East” division of the MLB Development League. In addition to familiar foes such as the Columbia Fireflies and Charleston RiverDogs, the Cannon Ballers now welcome the Carolina Mudcats, Fayetteville Woodpeckers, and Down East Wood Ducks as new division rivals from the Tar Heel State.

A limited number of season tickets and mini game packages are on sale now. For more information, visit www.kcballers.com or contact the Cannon Ballers Ticket Office by phone at 704-932-3267.

KANNAPOLIS — The Cannon Ballers will be hosting a Food Drive Thursday from 4 p.m. to 7 p.m in association with Cooperative Christian Ministry.

KANNAPOLIS – Supporting the community is the top focus for the Kannapolis Cannon Ballers. The team strengthened that commitment today by annou… 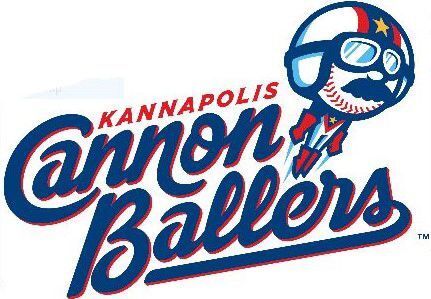 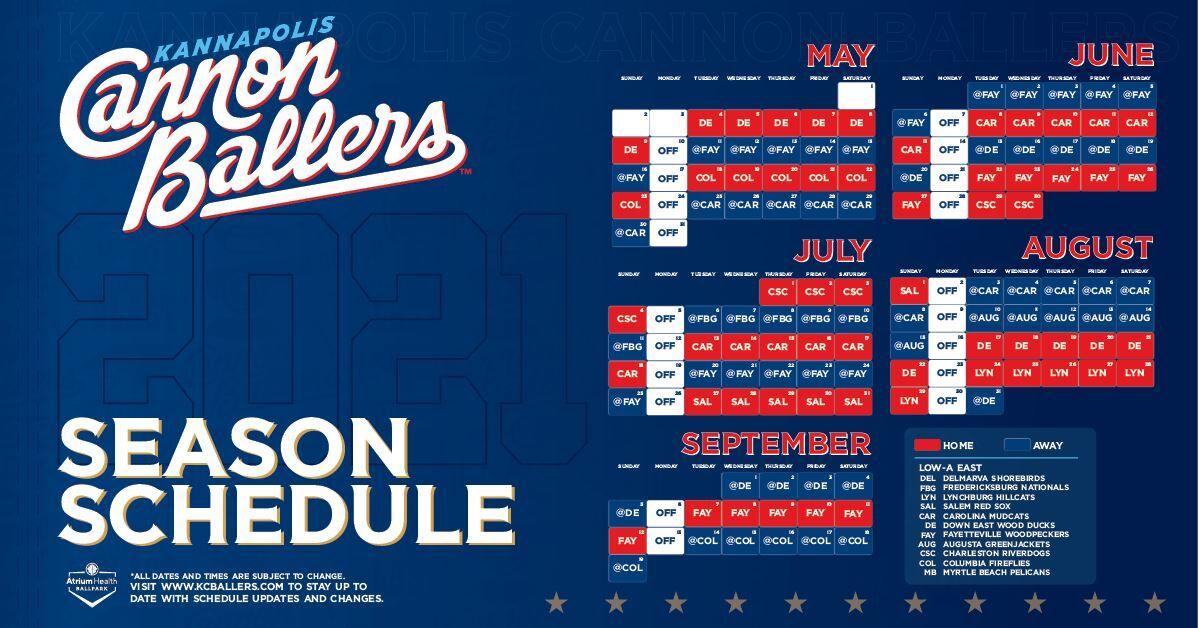