CONCORD – Since I arrived at the Independent Tribune some 7½ years ago, there has been a litany of highly recruited athletes come through the high school ranks.

Actually, he was even more intimidating during the years he suited up for the basketball team, especially on JV, but he knew what his true calling was: doing damage on the football field.

Sandidge was recruited by most of the nation’s Big Dawgs, a list that started with North Carolina for his first scholarship offer as a sophomore and later included the likes of Alabama, Georgia, Florida, Florida State, Michigan, Ohio State and Tennessee. Ultimately, though, he chose to take his talents to Columbia, South Carolina, to play for the Gamecocks in the SEC.

Then-South Carolina coach Will Muschamp put him to work right away, as Sandidge played in 34 of 35 Gamecocks games from during his first three seasons. He made big stops on the defensive line in big-time tilts, and more important, he handled his business off the field, earning a spot on the SEC Academic Honor Roll.

Then, sadly, in the first scrimmage of what would have been the fall of his senior season, Sandidge suffered an ankle injury. It would require surgery, and he’d miss the entire year – a medical redshirt year.

Sandidge being Sandidge, he fought tirelessly through rehab in an attempt to regain his strength and mobility, and was hoping to make it back on the field this season. He wanted it more than anything, and he was going to be better than ever, maybe even a pro prospect.

Unfortunately, on Thursday, he shared some tough news with the world: He wasn’t coming back. He couldn’t. The ankle wouldn’t let him, no matter how differently his heart and soul felt.

At just 22 years old, Sandidge was officially retiring from football.

Over the years, I’ve grown accustomed to relatively young players like Luke Kuechly with the Carolina Panthers or Calvin Johnson with the Detroit Lions or Andrew Luck with the Indianapolis Colts retiring for their own reasons.

But those were pros.

It just does something to me emotionally when a college kid with the brightest of futures, like Sandidge, announces HIS retirement. To me, it’s not supposed to happen that way.

However, for as much as I hated to see it, I applaud Sandidge – for making the best decision for his long-term health and for continuing to handle his business, even as he was in maybe the greatest physical pain of his life.

While going through surgery and rehab over the past year, Sandidge did enough to finish his credits and earn his degree in interdisciplinary studies this past May.

Many times, unfortunately, athletes at big-time sports schools enter with professional dreams and let the academics fall by the wayside for the sake of eligibility and game film. And with the advent of the NIL era, my guess is doing endorsements and window shopping at car dealerships is going to find their places in the distractions that keep athletes out of the classroom.

But that’s a column for another day.

The point is, Sandidge didn’t fall victim to any of that. He did exactly what you’re supposed to do in college. Instead of letting the system control him, he controlled the system. And now, even without football, his future remains bright.

Sandidge and parents, Rick Sr. and Keshia, have agreed to do a story with me in the future in which I will allow him to go in detail about all he went through, his decision to retire, and what’s next for him. But he shared some of it on Thursday when he made his announcement.

“It is with great sadness that I must announce my retirement from the game of football due to injury. From Little League to the SEC, football has held a very special place in my heart and always will. I’m eternally grateful to my Lord and Savior for blessing me with the gift to play this game. I am also eternally thankful for the University of South Carolina for providing me the opportunity to represent them on and off the field for the last 4 years. Also, thank you to my family, friends, and the Gamecock Nation for your continuous support and love. The best is yet to come! I plan to continue my football career by beginning to work as recruiter with the University of South Carolina.

I don’t know anything about South Carolina’s recruiting department. All I know is current Gamecocks coach Shane Beamer couldn’t have picked a better person to be an ambassador for the program. Someone who can go out and say, “This is why you should pick South Carolina, and this is how you navigate it to the best of your abilities.”

For as badly as I feel about seeing one of the best high school football players during my time with the Independent Tribune be forced to walk away from the game he loves so early, I’m glad to see he’s able to do just that: walk away.

And into a future that every wide-eyed, 22-year-old college graduate should be able to imagine.

CONCORD — When Chad Oxendine got his first real Cabarrus County experience more than a quarter-century ago, he was just passing through, really.

A few new stores are coming to the area and there are several opportunities to join local groups in fund raising efforts.

CONCORD — The N.C. Department of Transportation has closed the bridge on Old Airport Road over Coldwater Creek for maintenance work.

Superintendent John Kopicki announced the following personnel appointments this week. These were approved by the Cabarrus County Board of Educ…

One of Duke Energy’s newest solar plant projects was open to the media for a tour Friday morning in Midland.

The man killed was being sought for a murder in Charlotte.

CONCORD — Continuing construction on the Cabarrus County Courthouse expansion will close another street.

CONCORD – Rayjon Tucker’s professional basketball career will continue, however, it will no longer be in the NBA.

This wearable human-machine interface could be the future of devices

‘Return to the Inferno’: Wildfires rage in southwest France

‘Return to the Inferno’: Wildfires rage in southwest France

Massive models of planets light up at Czech planetarium

Massive models of planets light up at Czech planetarium 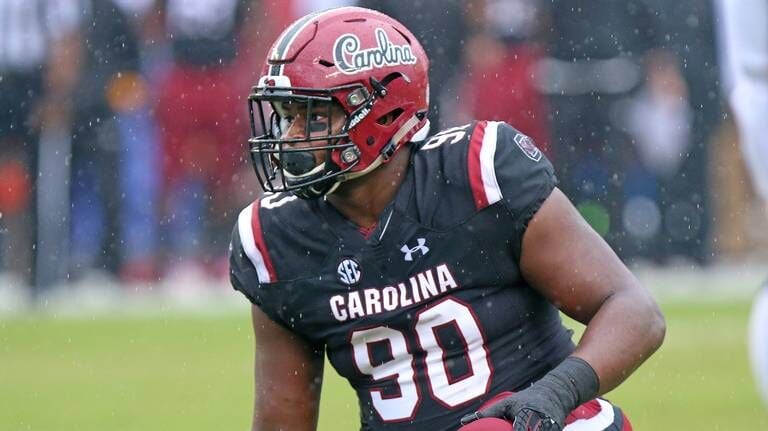 Former Concord football star Rick Sandidge, who has earned his degree from the University of South Carolina, announced Thursday that he is retiring from football. 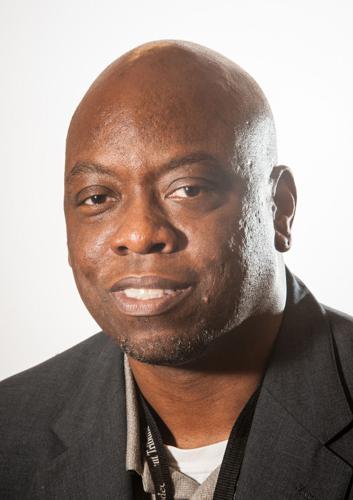