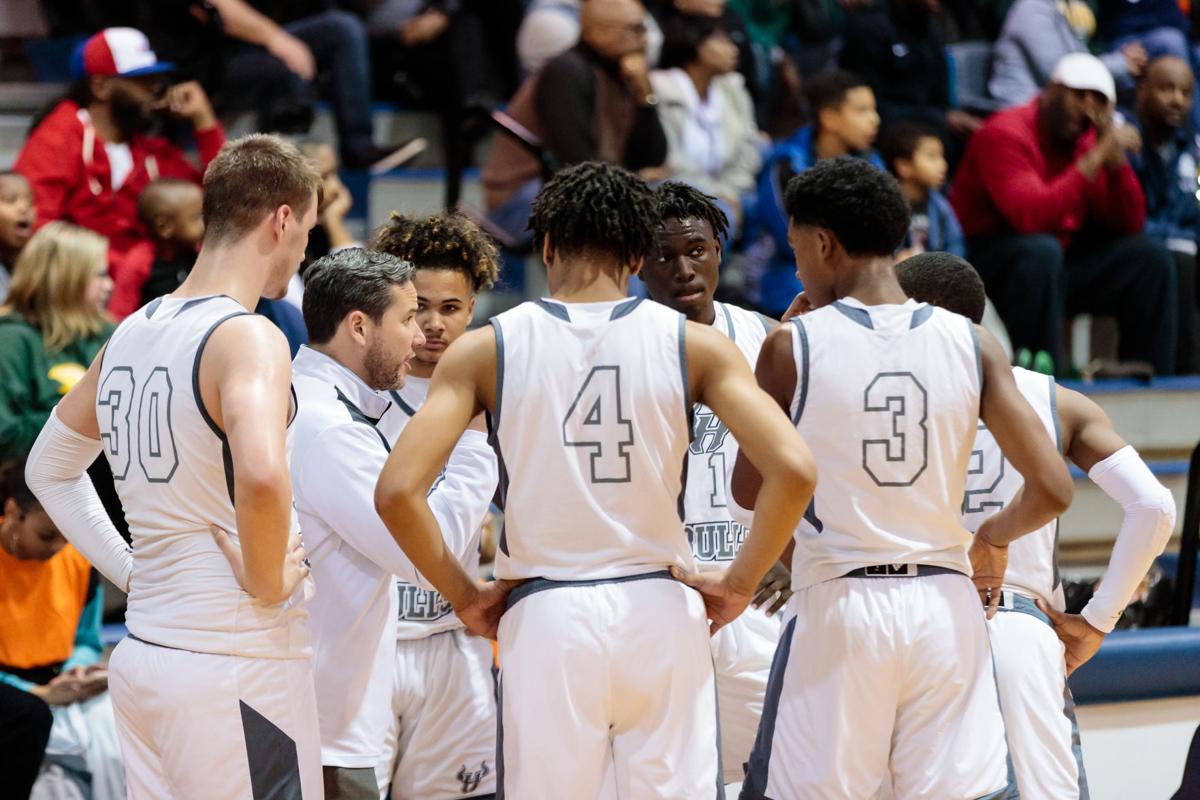 Hickory Ridge's coach Robert Machado talks with his players during a late timeout Friday night. The Ragin' Bulls defeated Independence 59-48 to earn his first win over the Patriots and move into a first-place tie in the Southwestern 4A Conference.

CONCORD – What had been two of the longest active tenures in Cabarrus County high school sports are coming to an end.

Robert Machado, who had been the only head boys basketball coach in Hickory Ridge history, is stepping down after 14 years.

Jason Adams, who had guided Northwest Cabarrus’ athletics department for the past 16 years, also is resigning.

Neither man is leaving Cabarrus County, though.

Machado will be replacing Adams as the Trojans athletics director starting next month, while Adams will stay at Northwest Cabarrus as an instructional support specialist, according to the school’s principal, Chris Myers.

Adams had overseen tremendous strides as the AD at Northwest, including promoting some of the biggest names in recent county sports history, from a pair of future Major League Baseball stars in Kyle Seager and Corey Seager to a future Super Bowl champion in NFL punter Bradley Pinion.

No current AD in Cabarrus County has been in his role longer than Adams.

However, according to Myers, Adams wanted to change gears after his long tenure in his role at Northwest, which also is his alma mater.

“Jason Adams has been an amazing part of Trojan Nation since 2005 as athletic director,” Myers told the Independent Tribune Wednesday. “It’s just been a long grind -- 16 years -- and certainly with COVID has presented all sorts of challenges, so he was looking to make the transition. We’re excited he’s going to be staying with us.

“As soon as Jason and I talked, the first person that came to mind was Coach Machado.”

Myers originally got to know Machado when Myers arrived at Hickory Ridge in 2013 as assistant principal before taking the lead job at Northwest in 2016.

Machado left an impression on Myers, and those personal experiences stood out when Northwest was in the market for a new athletics director.

Not only was Machado a coach who got the most out of his players on the court, but he also made an impact as an administrator, helping athletes and students alike attain success in the classroom.

“I always had the utmost respect for him,” Myers said of Machado. “He’s just a great leader of young people, a great leader for the community, a great advocate for the school, a great communicator with parents. Certainly we want that communication piece for our athletic director, and it was just my immediate thought that we would love the possibility of bringing him over to Northwest.”

Transitioning to Northwest in a full-time role, albeit his first time overseeing an entire athletics department, wouldn’t exactly be starting from scratch.

“We thought, 'Let’s see what we can do,’” Myers recalled. “Luckily, everything worked out, and he’s going to be joining us officially July 15.

“He definitely has had his foot in the door over here at Northwest, and this is a natural transition for him and for us,” Myers added. “He’s been a head coach for 14 years now and just wants to take that next leadership step and use his wisdom to impart it on other coaches and do what he can to help them out. We’re really excited for it.”

In the process, though, Cabarrus County is losing one of its best basketball coaches.

Machado, who graduated from Mount Pleasant High School, has won multiple conference championships while picking up some coach-of-the-year awards along the way. He helped make the Ragin’ Bulls one of the most respected boys basketball programs in the South Piedmont 3A Conference and eventually helped them successfully make the move to Class 4A and the Southwestern 4A Conference.

After joining the SW4A in the 2017-18 season, Machado led Hickory Ridge to a share of the league title in the 2019-20 campaign with a squad that mostly featured underclassmen.

In addition to his head-coaching duties, Machado was Hickory Ridge’s assistant athletics director for the past 10 years.

Myers said there’s no doubt about what Machado will bring to Northwest Cabarrus.

“Obviously, expertise,” Myers said. “He’s had a great track record as a coach … but definitely we’re excited about what he’s going to bring from a social media perspective. He’s going to have some insight there in really promoting the kids, promoting the programs, and just being fresh and being excited to do this.

“It’s a grind being an athletic director, and Jason did a great job of it for 16 years. I think with Rob, this is where he wanted to be and what he wanted to do, so we’re excited about just having that fresh perspective moving forward for our kids and community.”

It’s been a busy, productive week for the Northwest Cabarrus athletics department.

Moore gained fame for being an “All Final Four” performer for the UConn squad that defeated then-No. 1 Duke in the 1999 championship game.

Northwest is bringing in a high-caliber boys basketball coach, but this one will be running the entire athletics department.

Myers couldn’t be happier about either of the school’s two new hires this week.

“It’s been exciting,” Myers said. “The last couple of days have just kind of been a whirlwind. It really felt like we made a splash hire with Coach Moore – I’m not even a basketball person, and I’d heard of Coach Moore. I might become more of basketball fan now, and we’re so excited about Coach Moore. And then bringing Rob in and that actually coming true, just having his great basketball mind along with Coach Moore’s is going to be great.

“It’s been a great week to be a Trojan and a Trojan supporter,” Myers added. “I really think the sky is the limit for us over here.”

CONCORD – Before this past high school basketball season, then-Northwest Cabarrus boys coach Eric Jackson quietly went to administrators and i…

Hickory Ridge's coach Robert Machado talks with his players during a late timeout Friday night. The Ragin' Bulls defeated Independence 59-48 to earn his first win over the Patriots and move into a first-place tie in the Southwestern 4A Conference. 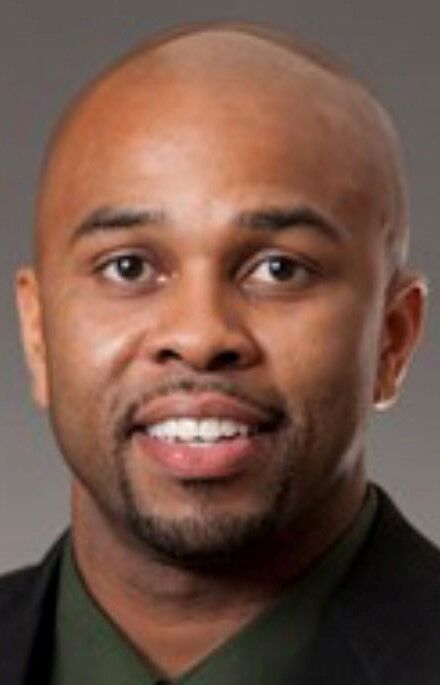