The city of Concord has approved a Statement of Collaboration with Barber-Scotia College to help work toward a future for the college.

Since the city created its Barber-Scotia Task Force, it has been working toward solidifying a future for the college in the community.

At a meeting last week, the city approved a collaboration statement with the college that formalizes an agreement between the city and college to work toward a realistic plan.

This is the first time the city and Barber-Scotia College have attempted a formal agreement to work together.

The college was founded in 1867 as a female seminary for African American women. In 1954, Barber-Scotia College became co-ed and was accredited by the Southern Association of Colleges and Schools, but it lost its accreditation in 2004.

The Barber-Scotia Task Force has been working with leaders in Concord, including the Logan community, to obtain insight into what residents want from the college.

The task force used the services of Nexsen Pruet Strategy in 2020 to launch a multi-phased program for community input and eventual planning. The program focused on the education, culture and history, community impact and opportunity the college provides.

The collaboration statement describes a similar purpose and wording.

While the city has been working on a plan for the college for years, there has never been an agreement between the two, making it hard to get any real work done.

The statement says the city and college will work together and with the community to provide a realistic solution, “To embrace the realities of the challenges facing Barber-Scotia in this current environment and era and work together to develop a viable path forward.” 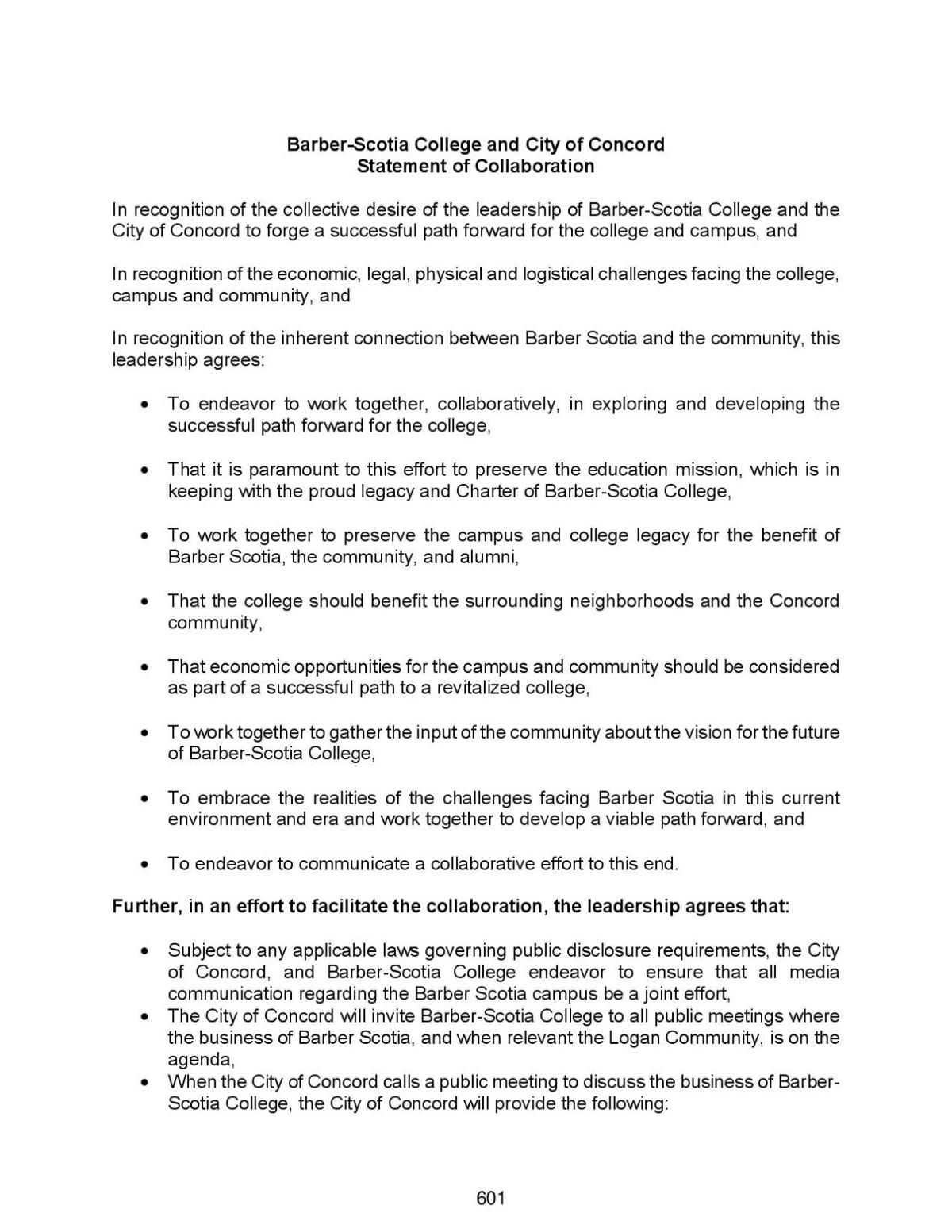 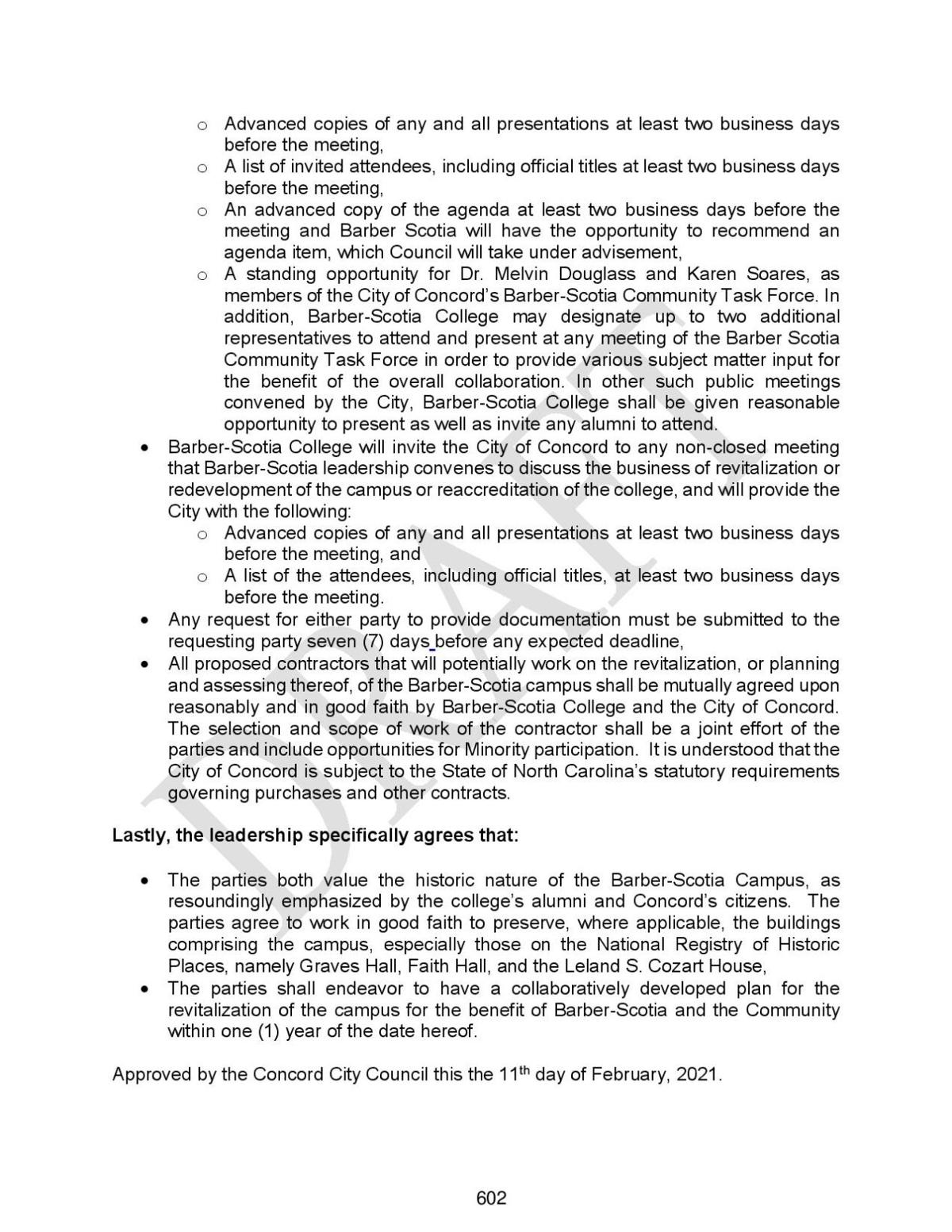 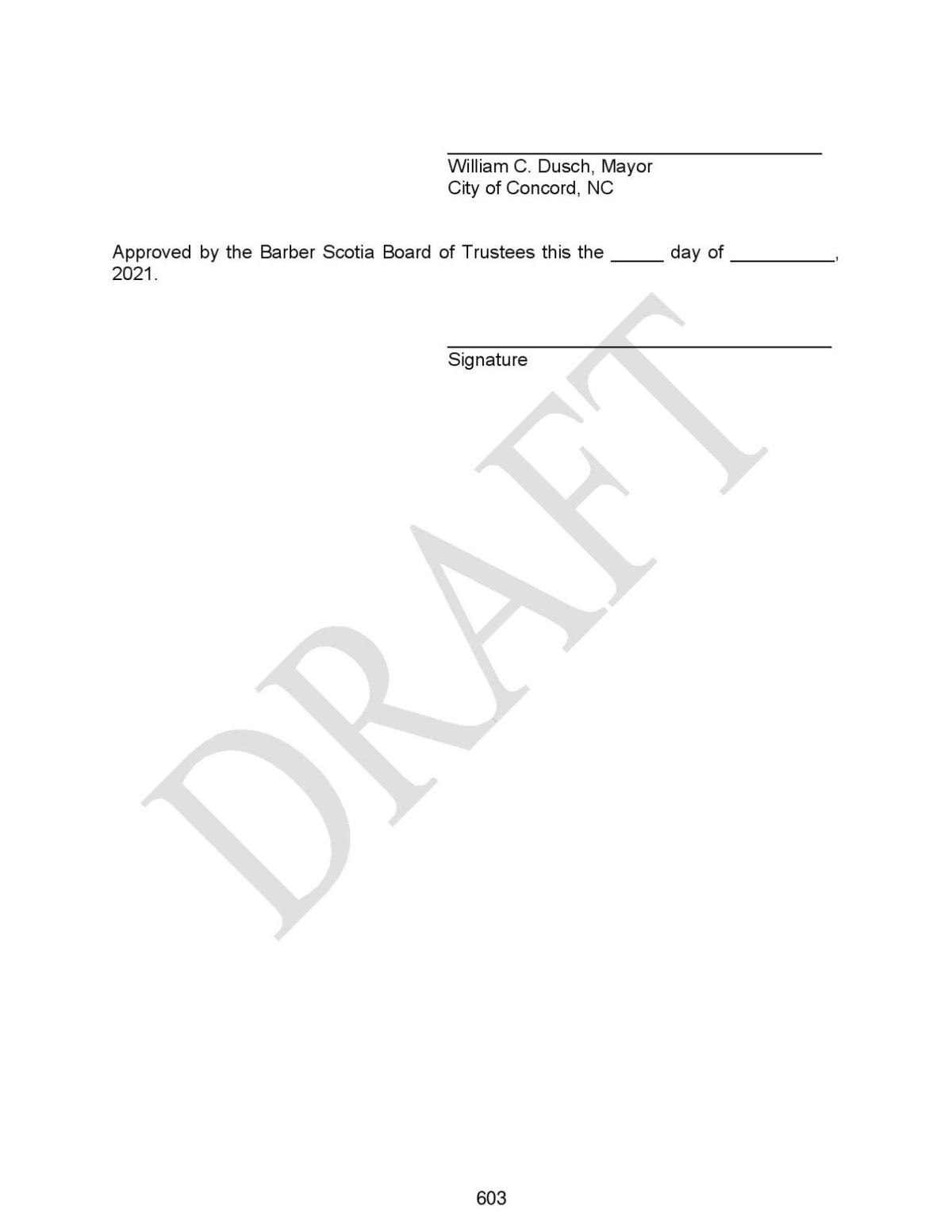 Barber-Scotia College and City of Concord Statement of Collaboration

Read the Statement of Collaboration between the City of Concord and Barber Scotia-College.

The president of Barber-Scotia College, Dr. Melvin Isadore Douglass, thanked the council for its work, despite the challenges.

“My purpose here tonight is to just thank you for extending this collaboration. I understand how important it is, as do the members of the board of trustees,” Douglass said. “We are quite open and quite willing to do what is best for the community.”

Douglass, who is originally from New York, moved to Cabarrus County about two years ago to take on the job as president. The future for the college he envisions is one that is long-standing.

“I want to look at this school as a roadmap, not only for Concord but for other cities throughout the United States and plan for the next 100 years so we can benefit from it as a community, as a state and as a nation,” Douglass said.

King helped start the city’s interest in forging a plan for the college about three years ago. Council member John Sweat thanked King for getting the city started on the conversation.

After the motion was approved, Mayor Bill Dusch said that the real work for the future is just now starting.

The statement will later go before the Barber-Scotia board of trustees for  consideration.

CONCORD — Barber-Scotia College is, at a minimum, eight years away from accreditation, despite public comments from college officials stating … 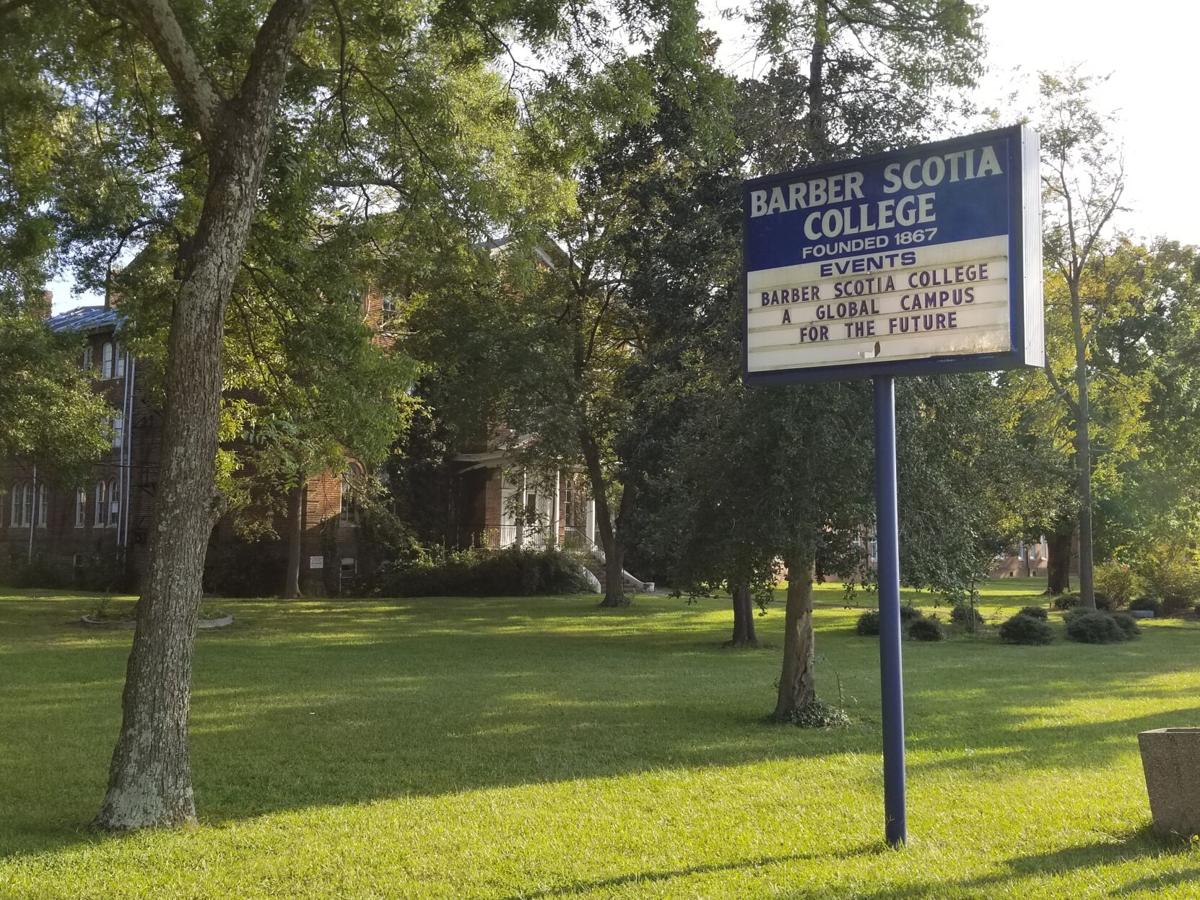 The city of Concord has agreed to a Statement of Collaboration with Barber-Scotia College to work together on a feasible future.