One couple was waiting for final approval of their small business loan at the end of February 2020. They never expected a global pandemic to  derail their plans.

Bevin and Troy Fink opened the Milex/Mr. Transmission auto repair store just off Church Street earlier this month, on Feb. 1, a year after they applied for their small business loan.

But this meant that the Finks were stuck waiting for the SBA loan approval they needed to get their business started. And they weren't sure how long it would take. It wasn't until the day before Thanksgiving when they finally heard back from the bank and got approval for the loan. That totaled to about 10 months of time lost.

The Finks, who are Cleveland residents, had already picked out the old auto repair shop for its location off Church Street. But during those 10 months, Bevin said, she and her husband were worried they would lose the property to another buyer.

"Of course we were nervous because, what if somebody else came behind us and then made another offer, because you only have a certain amount of time your offer is good for," Bevin said Friday afternoon.

Thankfully, the owner of the building worked with the Finks, giving them extensions until their SBA loan was approved. Bevin said the loan hold had a domino effect.

"Even someone trying to sell a property — they were stuck in the situation with us," she said.

Bevin said she and her husband used the waiting period to line up contractors for all the renovations they had planned once they got the keys to the shop. They wanted to add two more bays to the shop to bring  the number to six.

But even then, they couldn't give the contractors a start time.

"There was nothing else we could do, you just had to wait," Bevin said.

And there wasn't a Plan B for them. Auto repair shops were deemed essential businesses not long into the pandemic. The Finks knew they could be open for business once their loan was approved. Switching to another type of small business seemed risky.

"There really wasn't another option," Bevin said. "Any other option didn't seem doable or worth pursuing with the uncertainty of whether we would open just to be shut down."

And at that point, they had everything on the line with earnest money for the property already down for it.

After Thanksgiving, they finally got the keys to the building and called contractors to begin renovations. But the pandemic still caused problems. A number of shipping delays caused them to wait on necessary equipment and parts.

But when it came time to look at hiring personnel, they had a number of applicants. Troy put the job openings online, and the next morning, there were 19 applicants. Many of them, Bevin said, were people who had just finished trade school.

While hiring was easy, their employees are still having to wait on some certification. Due to smaller classroom capacity, it is taking the Finks' employees a bit longer to go through vehicle inspection certification.

And even though their loan has gone through, they are still experiencing issues with the SBA. The Small Business Debt Relief Program gives financial relief to businesses by covering all loan payments on these SBA loans, including principal, interest and fees, for six months. But due to a timing issue of when they signed their loan, the Finks were told they didn't qualify.

But despite what it took to open the shop, Bevin said, she is just excited it is open.

Troy had previously worked on Freightliner Trucks and had a degree in business management. Bevin, who had worked on their family farm for years, also had a background in marketing. When Troy brought up owning an auto repair shop, Bevin said, she was all-in and had a few ideas of her own.

"I remember, with his work schedule, I was the one who always had to take the vehicles for maintenance when he didn't have the time to do it. And, at the time, I was bringing children in with me,” Bevin said. "I really didn't even want to sit on the furniture they had in the shops. I remember one time looking around, and in the waiting room it was just me and other women, and all of the magazines and things were geared toward men."

Bevin said she wanted to make the shop welcoming to both men and women and have a few more modern touches.

Now the lobby of the shop is fit with bright orange chairs, a shag rug and all types of magazines.

The Finks said they feel fortunate to have chosen a business that is able to open right now without fear of significant financial losses. Troy said he feels for restaurant owners.

"I couldn't imagine going through what they had to. This is a real positive in a pandemic, to be considered an essential business," he said.

For now, the Finks feel welcomed to Concord and look forward to knowing other business owners a bit more.

"I'm excited, just from going out doing three days worth of groundwork and introducing myself to other local businesses in the area. Talking to them, they thought it was great and were glad we were here," she said.

Cabarrus Class of 2021 graduations Friday and Saturday at CMS

Gov. Roy Cooper has extended the state's COVID-19 emergency management response for another six weeks — until July 30 — citing it is necessary to keep pivotal state and federal pandemic relief programs in place.

Executive Order No. 220 retains the remaining social-distancing and public-health policies that could have expired at 5 p.m. Friday.

Suspect arrested in thefts from schools 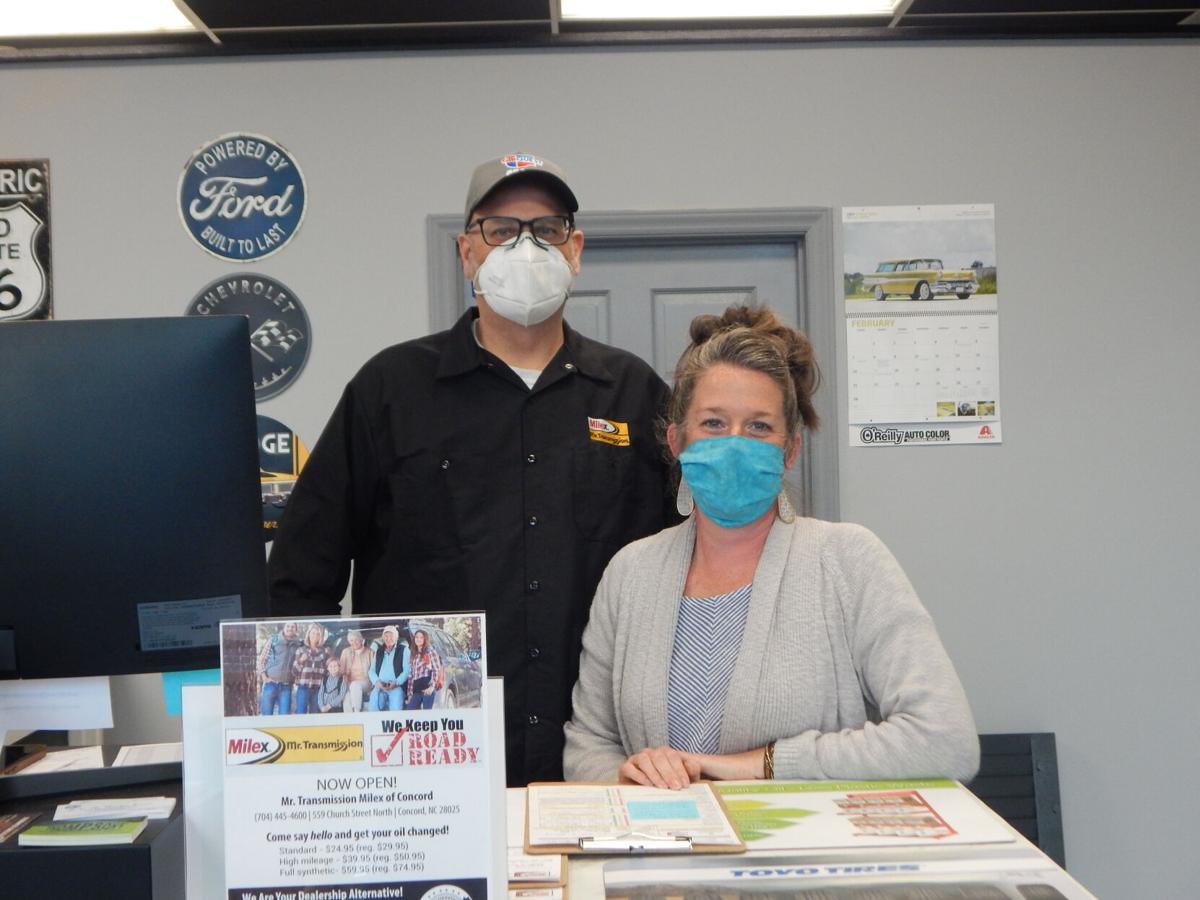 It took almost a full year for Troy, left, and Bevin Fink to get their automotive repair shop running on Church Street. 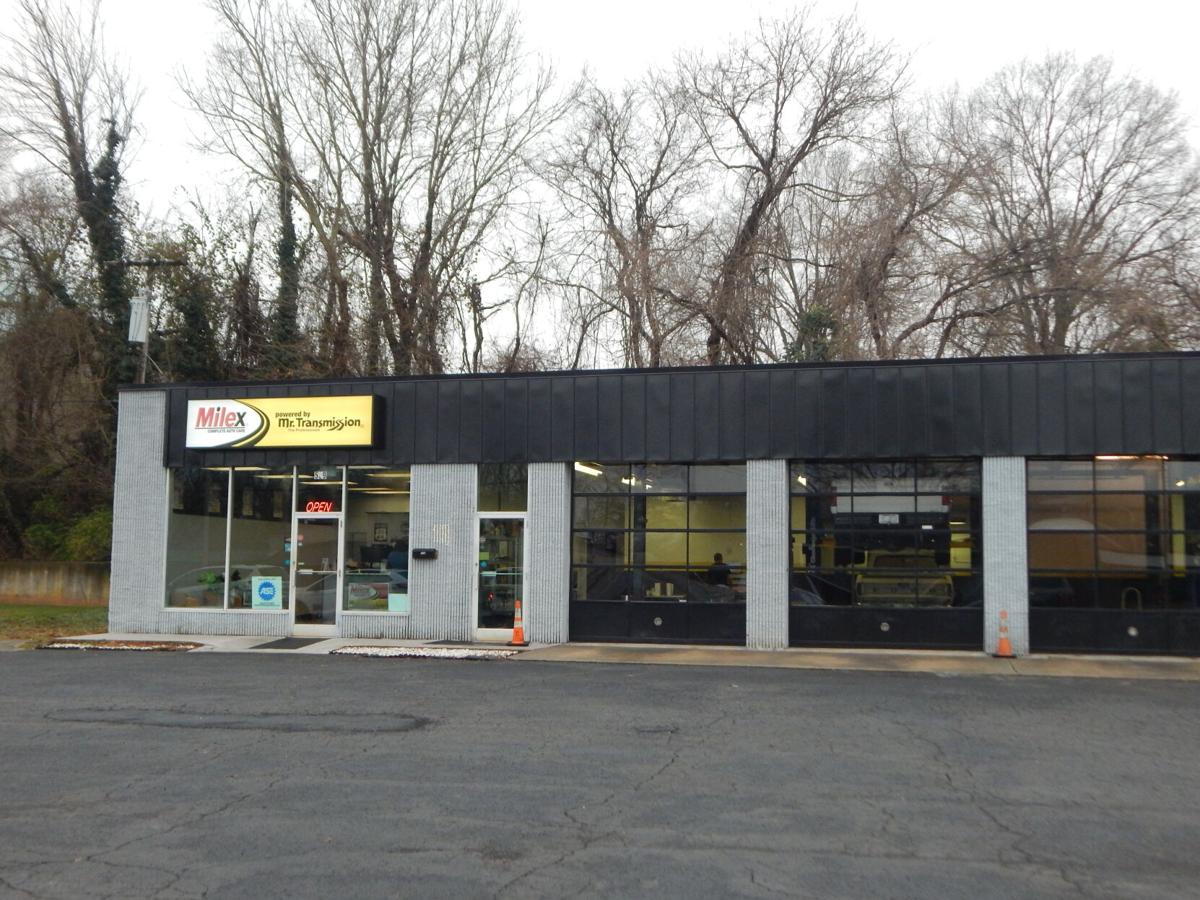 The Finks renovated the space to convert it from a four- to a six-bay garage. While they were waiting for their loan, the Finks lined up contractors to get started as soon as they had the keys.