Construction on the Veterans and First Responders Memorial at Rob Wallace Park is on hold after the Cabarrus County Board of Commissioners voted to table a construction easement while the town of Midland and the county work out disputed unpaid services from fiscal year 2017-18.

The decision to table the construction easement was made to use as leverage for the unpaid services, Cabarrus County Commissioner Lynn Shue said at the Monday night meeting.

He said he was displeased that the veterans memorial would be used to talk about unpaid services.

“I was absolutely appalled, and I was sick to my stomach that this would come about, that the elected officials of my county would hold a ransom over a veterans memorial for the town of Midland and for the county,” he said.

Midland Town Manager Doug Paris told the Independent Tribune that representatives from the county and Shue recently approached the town, asking for $19,516.01 stemming from a law enforcement service contract from fiscal year 2017-18.

County representatives and Shue asked the town to start payments on the $19,516.01 or the construction easement wouldn’t be approved at the Monday night meeting.

During Monday night’s meeting, Commissioner Blake Kiger asked what the construction easement had to do with the unpaid services.

“We tried everything else,” Shue said. “We didn’t have any leverage whatsoever. Calling and talking to somebody and trying to get something done didn’t work, but as you can see, this very easily got somebody’s attention, which we hadn’t been able to do in three and a half years.”

During the meeting, Midland Council member Wise said that the county and town had discussed the unpaid services multiple times in the past and there was a reason the town had not paid the remaining amount.

“No one pays for a service that was never rendered,” Wise said.

The unpaid services are from a fiscal year 2017-18 contract between Midland and the county for law enforcement coverage in the town through the Cabarrus County Sheriff’s Office.

The county is stating that the town still owes $19,516.01 for those services. The town is claiming that the service contract was not properly fulfilled.

Since 2014, the town and county have held a contract where four sheriff’s deputies would be assigned to patrol in and around Midland. If a normally scheduled deputy was not available, such as due to vacation, training or sick leave, then the sheriff could assign a deputy from the surrounding area to cover Midland.

The deputies could also respond to calls in the patrol zone surrounding Midland and provide backup throughout the county. Based off the contract, those four deputies were required to spend 80% of their time in the town limits while on duty. The county and the town also agreed to split the costs 50-50. This usually meant the town paid for the expenses of two deputies while the county covered the other two.

But following the end of that fiscal year, the town claimed that the sheriff’s office was only able to provide the services of three deputies.

Paris said the town requested Computer-Aided Dispatch (CAD) data to see how many deputies were signed in to patrol the town for every week in that fiscal year.

For four deputies that fiscal year, there would have been 208 weeks worked in total, 52 weeks per deputy. Based off the CAD data, there were 54 weeks of vacancies and only 154 weeks worked, Paris said.

Paris said since there were so many vacancies, the county didn’t fulfill its contract to provide four deputies. He argued the county only provided, at maximum, three deputies that fiscal year.

A representative from the county said that, for a time, two of the four positions in Midland were vacant. The county said that there were actually only 11 weeks of vacancies for the fourth deputy position that year.

But the representative did state that the contract was still met by shifting deputies from other areas to also cover Midland. The representative said no calls were left unanswered during that fiscal year.

According to the contract between the town and county, the county is required to give the town a six-month notice if there is a reduction in manpower. Paris said that the sheriff’s office did alert the town about staffing issues, but the town wasn’t informed until the fiscal year was nearly over.

“The contract does not allow them to provide three deputies, one paid for by the county and two paid for by the town,” Paris said. “This would be a reduction in manpower and substantial alteration to the agreement and require six months’ advance written notice. The town would have rejected this proposal and required that the costs be split 50-50, as it has been in all years prior to fiscal year 2017-18 and all subsequent years after fiscal year 2017-18.”

Paris said the town suggested that instead of splitting the cost of four deputies, it would split the cost of three deputies with the county for that fiscal year.

Paris said the county did not agree to the compromise. The town ended up paying the county $101,483.

“Cabarrus County argued that we should pay for vacancies because even though the vacancies existed in Midland, if there was an emergency call then an officer from Harrisburg or Mount Pleasant would respond,” he said. “Cabarrus County should have never billed the town for the vacancies. That is a bad practice, unsupported by the contract, and they need to write it off for what it is, a billing error. I have a fiduciary duty to citizens of Midland to only pay for services that are actually rendered to the town.”

The county told the Independent Tribune that the town had previously agreed to pay the $19,516.01.

Paris denied this, saying it would take a vote from the entire town council to approve the payment. No vote has ever been made.

The county has stated that it is open to discussing the payment with the town, but so far has been unable to come to any agreement.

Paris said that the town wanted to be clear that it took no issue with the Cabarrus County Sheriff’s Office, then or now.

“I want to be clear that the town of Midland supports Sheriff Van Shaw, Deputy Chief Bailey, and the men and women of the sheriff’s department,” Paris said. “Since 2018, Van Shaw and Chief Bailey have fixed the manpower issues. They have been outstanding as the new leadership of the sheriff’s department. The deputies that cover the town of Midland are top-notch, professional and hardworking.”

The Veterans and First Responders Memorial construction easement will be discussed at the county board of commissioner’s November work session.

The Town of Mount Pleasant will ring in this Christmas Season with several free and family-friendly events.

SALISBURY — After 24 years on the bench, Rowan County Chief District Court Judge Charlie Brown has announced he will retire at the end of his … 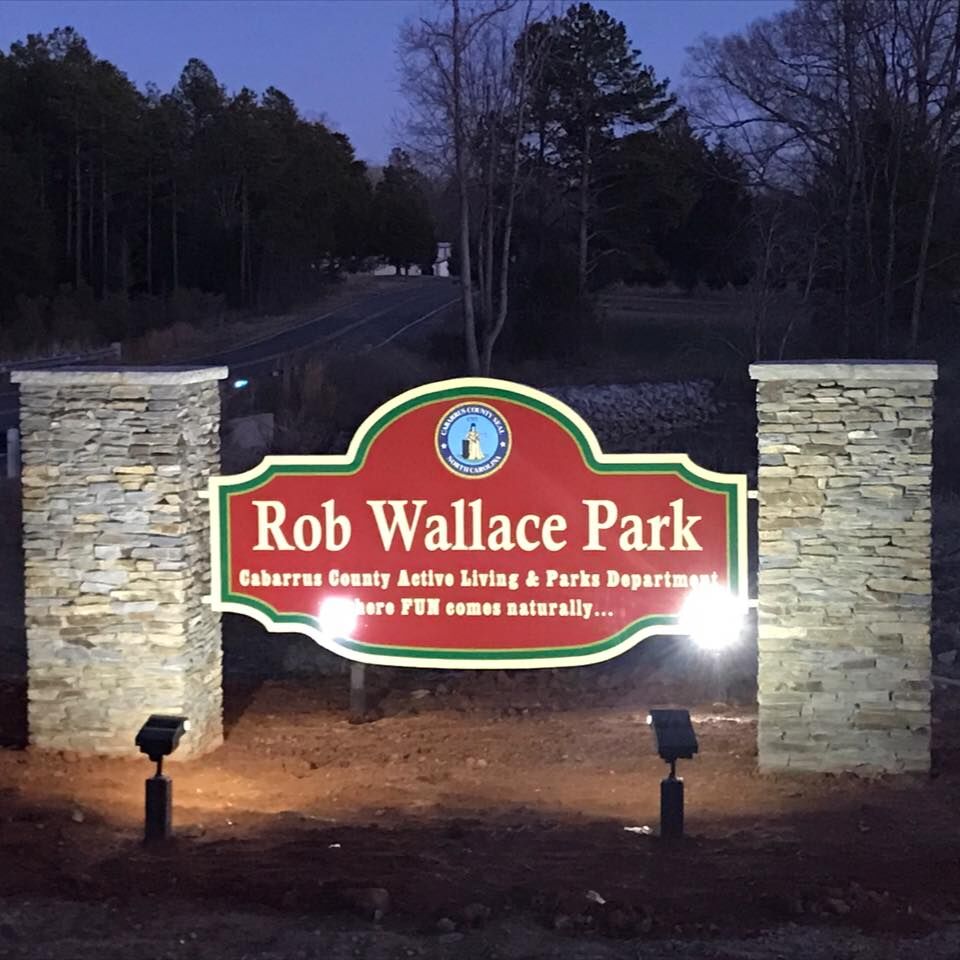 A construction easement for Rob Wallace Park that would commence the construction for a veterans memorial was tabled at the Cabarrus County Board of Commissioners meeting last week. 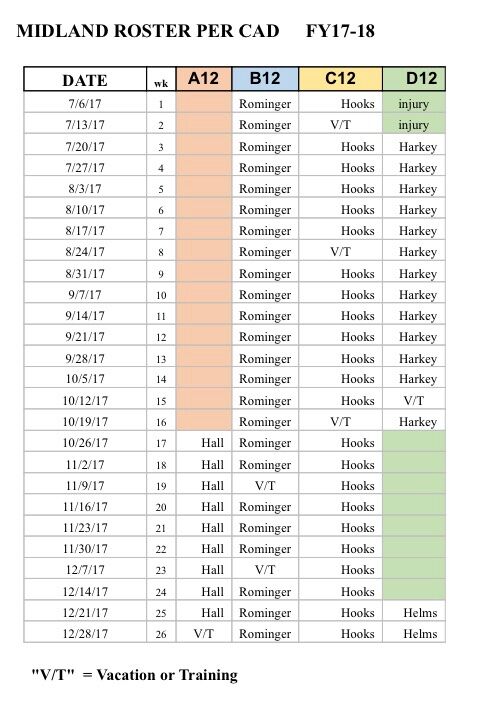 Computer-Aided Dispatch data is shown for July to December 2017 in fiscal year 2017-18 for the town of Midland. 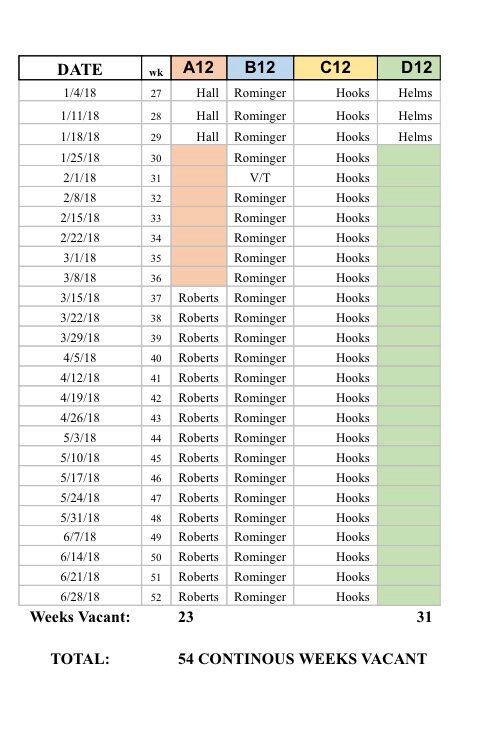 Computer-Aided Dispatch data is shown for January to June 2018 in fiscal year 2017-18 for the town of Midland.