HIGH POINT — A 4-year-old child shot himself in the head Sunday night after finding a gun under a couch cushion, High Point police said in a news release.

Shortly before 10 p.m. Sunday, High Point officers were summoned to the home at 805 Worth St.

Officers found the boy lying on the living room floor with what appeared to be a self-inflicted gunshot wound to his head.

Officers took him to High Point Regional Hospital, where he later died from his injuries, according to the release.

Detectives interviewed people at the scene and learned that several adults, including the homeowner, 30-year-old Cindy V. Gibson-Harris, were having dinner, playing cards, drinking alcohol and smoking marijuana, police said.

The child was left unattended in the living room where he found the gun and shot himself, according to the release.

Gibson-Harris was charged with felony possession of cocaine and maintaining a dwelling for the use of controlled substances. She was being held at the High Point jail under $25,000 secured bail.

The child's mother, Jasmine E. Fagan, 29, of High Point, was arrested and charged with felony child abuse. She was being held at the jail under $50,000 secured bail.

The incident is still under investigation, police said.

Building collapses into floodwaters in China

Astronaut captures the 'Southern Lights' aboard the ISS

Astronaut captures the 'Southern Lights' aboard the ISS

A suspect was in critical condition after being shot by police in Conover on Sunday evening, according to a report from a Charlotte TV station.

WILMINGTON — A teen has been charged after a student was shot during a fight at a North Carolina high school on Monday, the sheriff's office said. 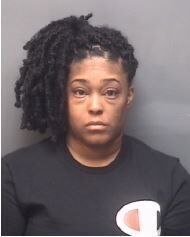 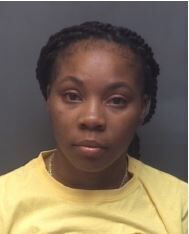