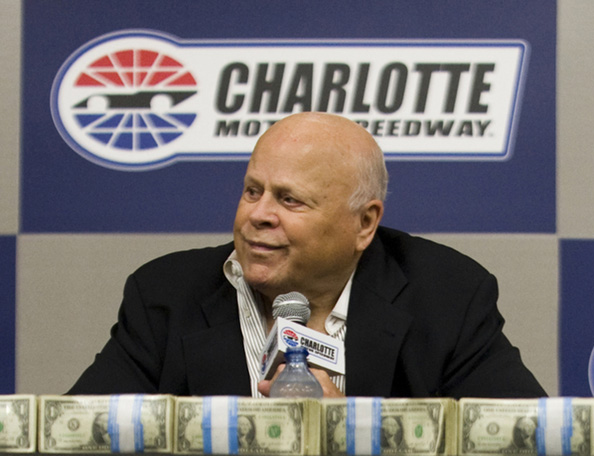 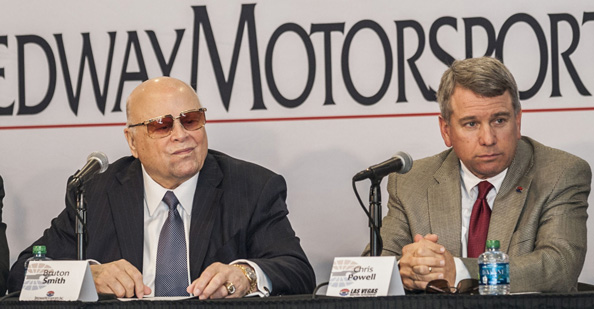 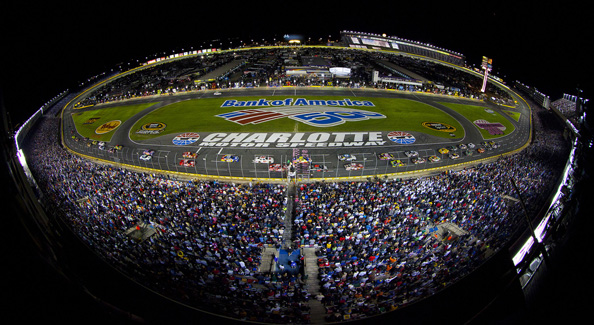 The field restarts after a caution at the 53rd Annual Bank of America 500 NASCAR race at Charlotte Motor Speedway in this Oct. 13, 2012 file photo.

In an interview with WBTV, Smith said the chances were about “70-30” that he would try to move the Bank of America 500 from the Charlotte Motor Speedway to the Las Vegas Motor Speedway. Smith’s Speedway Motorsports Inc. owns both facilities, along with six other race tracks across the country.

With the NASCAR world focused on the May races at Charlotte Motor Speedway, culminating in the running of the Coca-Cola 600 on Sunday, Smith seemed to raise the stakes in his ongoing legal disputes with Cabarrus County and the City of Concord.

Smith told WBTV that he was confident NASCAR would approve the move.

"Some of your dear friends over at Cabarrus County are gonna say 'Is he? Is he? Is he?' Well... he may,” Smith told WBTV’s Paul Cameron in an exclusive interview.

NASCAR, meanwhile, said it had received no request to move a race from Charlotte.

“Tracks have the ability to request re-alignment,” said Steve O’Donnell, NASCAR’s senior vice president of race operations, in a statement. “We review and always decide based on the best interest of the entire sport of NASCAR. We’re beginning the 2014 process now, and have not had any formal requests to re-align.”

The speedway issued a statement from Smith on Tuesday that appeared to soften his stance on moving the race.

“The ‘done deal’ report by WBTV regarding moving a race is false,” Smith said in the statement. “No final decision has been made regarding any race date move, and I have not discussed this with NASCAR.

Smith said his company had invested $100 million in the speedway complex over the past six years.

“We’ve done this without asking for a handout from the government, like we’ve seen from so many other sports facilities, teams or franchises, and yet at the same time property values are falling during the recession, our Cabarrus County taxes have doubled since 2005,” he said.

“We absolutely love the fans that come to Charlotte Motor Speedway. It’s frustrating to think about the future and consider that the local government doesn’t share the same excitement about Charlotte Motor Speedway that our fans do. The Cabarrus County politicians may say nice things to the media, but raising taxes does not support the tourism business, the area economy or companies trying to grow.”

In April, Speedway Motorsports asked a Court of Appeals panel to resurrect a lawsuit claiming Concord and Cabarrus County officials reneged on an offer of $80 million in incentives to build the ZMax Dragway and to upgrade the Charlotte Motor Speedway. The court has not yet ruled on whether a jury will hear the suit.

At issue is whether Smith can enforce what his lawyers say was an oral agreement that ended threats to move the 135,000-seat speedway and build a new drag strip somewhere other than the heart of NASCAR country. The contract wasn't put in writing until after the new drag strip opened the following year, with terms the track operator rejected. If the lawsuit doesn't move forward, Speedway Motorsports could have to wait up to 40 years to be reimbursed for road and other upgrades around the track.

"Cabarrus has received what it bargained for, and seeks now to avoid its return promise," lawyers for SMI said in court filings.

“I would certainly hate to see that happen,” Morris said Tuesday. “I think that that Cup race in the fall is very important to our local economy in many different ways, particularly tourism and hotel and motel nights. I hope that will not come to pass.

“I think he (Bruton Smith) was pretty clear in his comments that I saw. He said it’s all about the money. He’s a businessman and he needs to maximize his return on investment and the things that he does,” Morris said. “Hopefully that can happen in Cabarrus County. We’re the heart of racing activity.”

“The City of Concord hopes that Charlotte Motor Speedway will continue to have events on the Sprint Cup schedule in October,” the statement read. “Motorsports is an important part of the tourism economy in Cabarrus County, and brings over one million fans, vendors, and participants annually. This benefits local businesses who serve race fans multiple times each year. Race fans from near and far have enjoyed the October race for years and mark it on their calendars.”

This report contains material from the Associated Press.

CONCORD – Darius Robinson almost made it out of Bulldog Stadium safely Thursday night.

The field restarts after a caution at the 53rd Annual Bank of America 500 NASCAR race at Charlotte Motor Speedway in this Oct. 13, 2012 file photo.