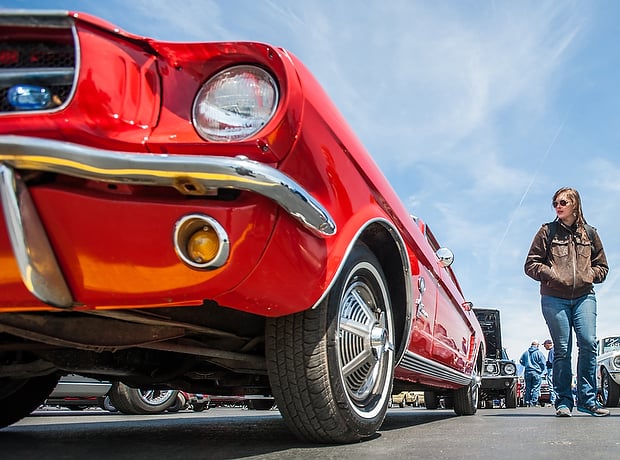 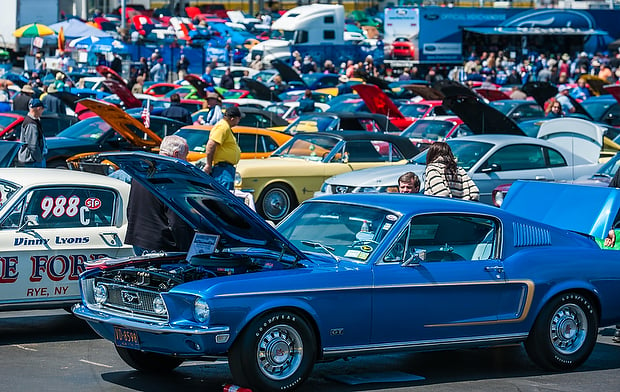 Mustang enthusiasts take in the sights during the Ford Mustang 50th Birthday Celebration at Charlotte Motor Speedway Thursday morning. The Ford Mustang was first introduced on April 17, 1964. The 50th Anniversary of the Mustang was held in 2014. 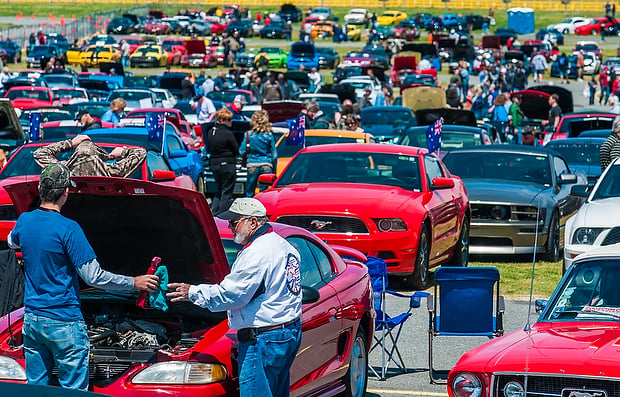 Mustang enthusiasts take in the sights during the Ford Mustang 50th Birthday Celebration at Charlotte Motor Speedway in this file photo. 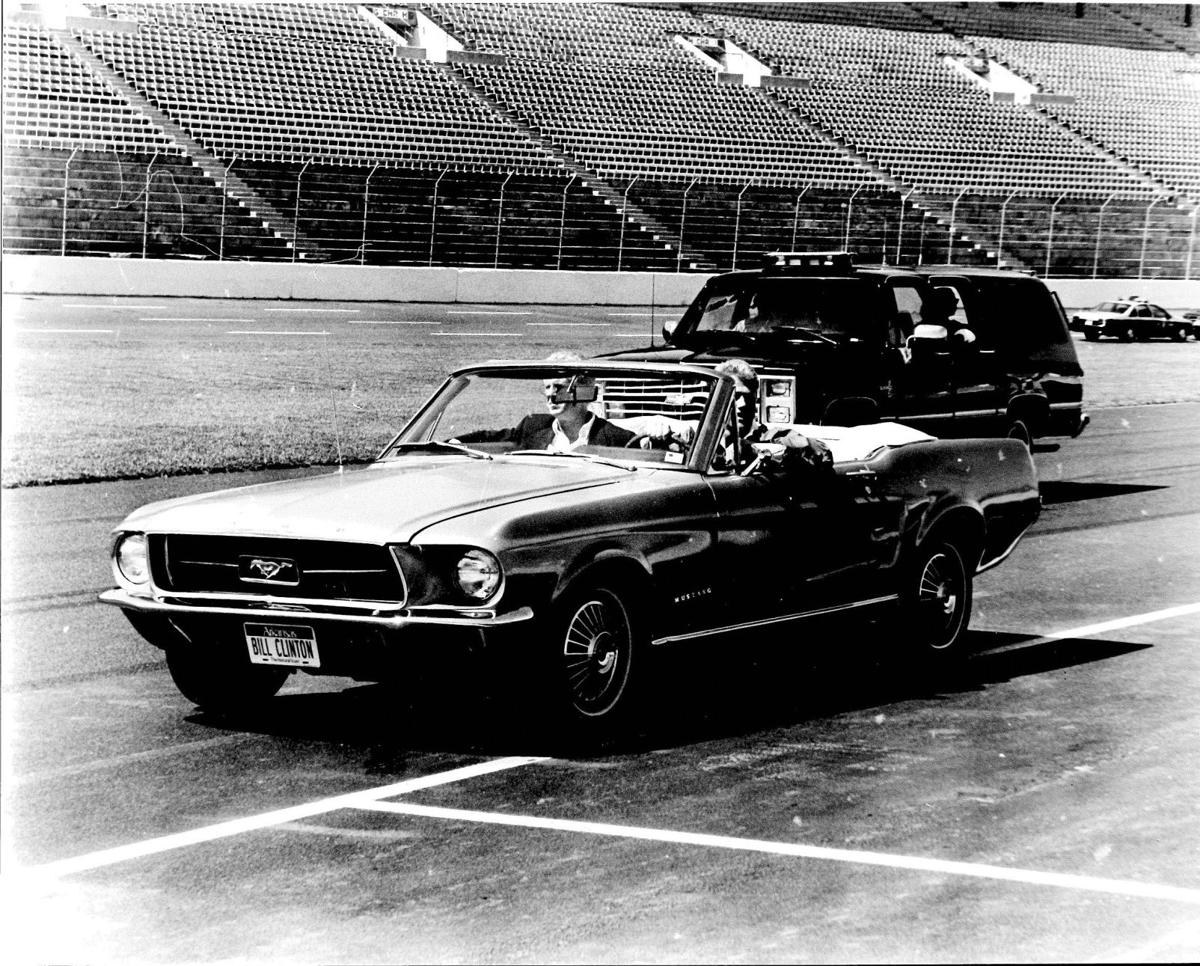 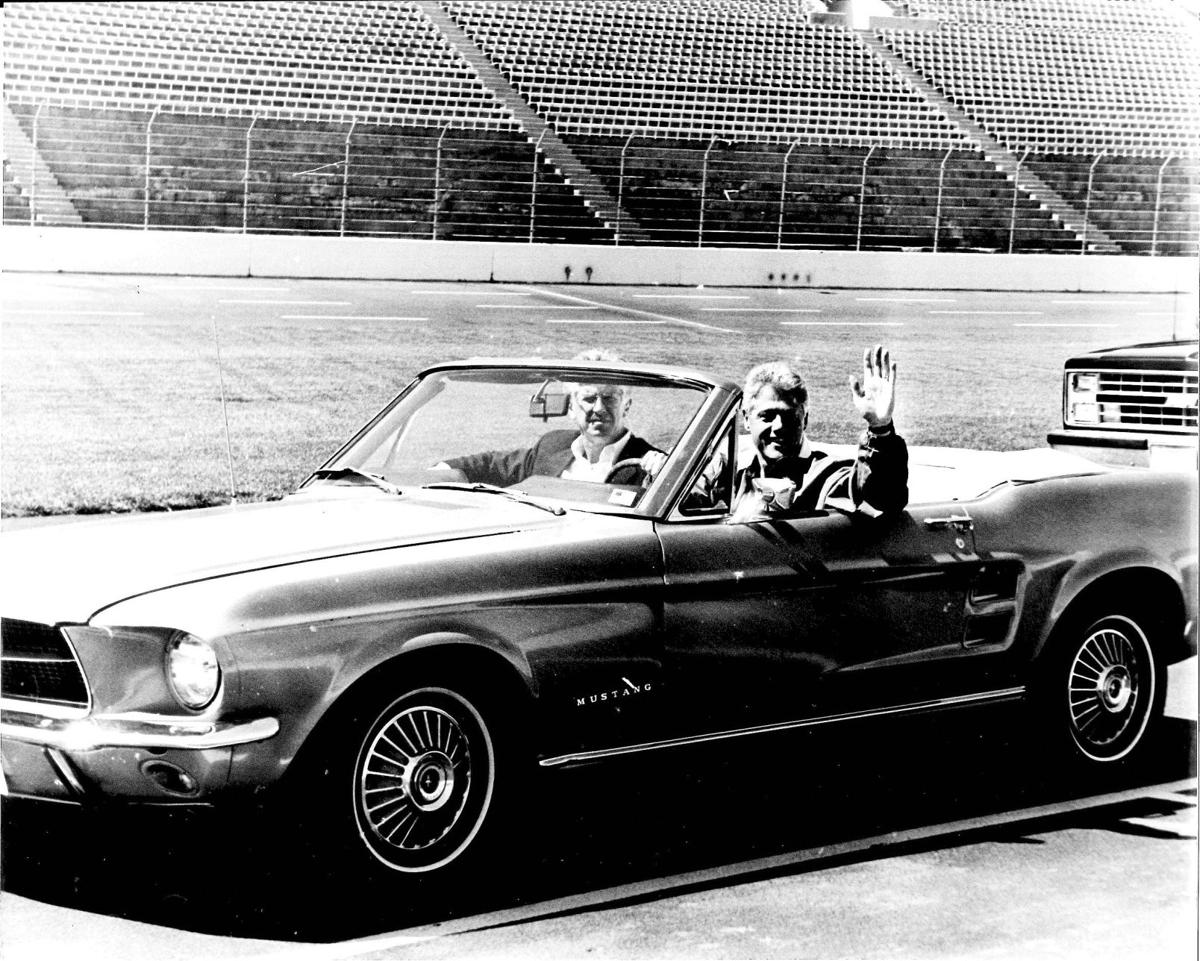 CONCORD — The National Mustang Museum will be locating in Concord with a proposed opening in summer 2017. The development of the museum here stems from the organizers of the 50th Anniversary of Mustang which was celebrated in Concord in 2014.

While not affiliated with Ford Motor Company, Mustang Club of America or any other Mustang related business venture, the project is the concept of long-time Mustang enthusiasts Steve Hall, from Atlanta, Georgia and Ron Bramlett, from Morada, California.

Hall said they look to spend more than $1 million just in the construction of new building that will house the museum. That does not include the cost of the exhibits themselves.

“The contents and all the other stuff will naturally drive the project up much, much higher when we get down to filling it up and everything,” Bramlett said. “The whole project will be a lot more than just the cost of the building.”

“We’ve got two different drawings, or two different proposals that we are looking at and it’s really going to depend on the permitting,” Hall said.

The building should be able to house about 50 cars on display at any given time, depending on the size of the plan developers go with. The museum will have rotating exhibits throughout each year.

Bramlett said they expect to be able to have a rotating exhibit thanks to the support of Mustang fans in the community, such as the Carolina Regional Mustang Club.

“We’re just getting an outpouring of people who are making suggestions on ‘how to do this,’ and ‘what to do there,’” Bramlett said. “And we know we will have many people who would like to contribute the presence of their Mustang, their memorabilia.”

The project is coming to Concord thanks to a relationship with the Cabarrus County Convention and Visitors Bureau. The bureau established a relationship with Hall and Bramlett after working to attract and host the Mustang 50th Birthday Celebration held in Concord in April 2014. Bramlett served as the Executive Director of the event.

“This project is an ideal fit for our community and we’re eager to start welcoming Mustang lovers and even more auto enthusiasts from around the world to Cabarrus,” said Donna Carpenter, president and CEO of the Cabarrus County Convention & Visitors Bureau.

Officials have not announced an exact location but a press release states the interactive museum is set to be located near Concord Parkway and Pitts School Road. The founders are currently working with the City of Concord and the Cabarrus County officials on planning and permitting for the project.

In addition to Mustang-related driving events and various events at the museum, Hall and Bramlett are also aiming to host a number of yearly Mustang gatherings to benefit the museum which will be announced at a later date.

“We know that these yearly gatherings will grow each year and flow over into the Charlotte Motor Speedway when we exceed the amount of Mustangs we can accommodate on the museum property,” said Hall.

The museum could have a huge economic impact on Cabarrus County, just based on the 50th anniversary of the Mustang celebration in 2014.

More than 50,000 Ford Mustang enthusiasts spent about $8.3 million in Cabarrus County during the five-day celebration marking the Mustang’s 50th anniversary in 2014, according to estimates.

Officials said the estimates are based on the Destination Marketing Association International event calculator, which takes what type of event is being organized — in this case sports: adult amateur — and calculates spending based on room nights and other criteria. The results are based on an estimated 9,600 room nights used by visitors during the event, which ran from April 15 through April 20.

The event also generated nearly $1.7 million in food and beverage sales, and $1.2 million in retail sales. In addition, the event generated $421,401 in local taxes.

That economic activity served to support 1,849 jobs during the celebration, officials estimate.

More than 4,000 Mustangs were registered to participate at the events at Charlotte Motor Speedway in 2014, with cars from around the world.

Hall and Bramlett could see the presence of the National Mustang Museum having a similar impact on Cabarrus County on an annual basis.

“We are looking to try and replicate at least that if not more each year with the museum,” Hall said.

Hall said they chose Concord for the museum, because of the success of the 50th anniversary of the Mustang event held in 2014.

“Obviously we had a tremendous event at the 50th,” Hall said. “I have to be honest with you, the support that we got from the Cabarrus County Convention & Visitors Bureau, with Donna Carpenter, and her team, along with the hotels, everybody that was in the area, they were just extremely supportive.”

Hall added that Concord had a natural fan base for car enthusiasts, making a good spot for the museum.

“Concord already has the Charlotte AutoFair in the spring and the fall, it has NHRA events, it has NASCAR, it’s got NASCAR team museums,” Hall said. “We knew we were in a ‘car-centric’ location. That made us say, ‘Where else could we go? Where else are we going to have the car guys come?’ And that made it simple for us.”

Even before the 50th Anniversary, Concord, Charlotte Motor Speedway and the area have had a long history with Mustangs.

Daniel Carpenter Mustang Reproductions off Concord Parkway has been one of the world's leading sources for Mustang parts.

Then President Bill Clinton drove his 1967 Mustang ragtop down pit road at Charlotte Motor Speedway at an April, 1994 Mustang Club of America event.

Concord will soon be the home to the world’s only Mustang museum.

Mustang enthusiasts take in the sights during the Ford Mustang 50th Birthday Celebration at Charlotte Motor Speedway Thursday morning. The Ford Mustang was first introduced on April 17, 1964. The 50th Anniversary of the Mustang was held in 2014.

Mustang enthusiasts take in the sights during the Ford Mustang 50th Birthday Celebration at Charlotte Motor Speedway in this file photo.