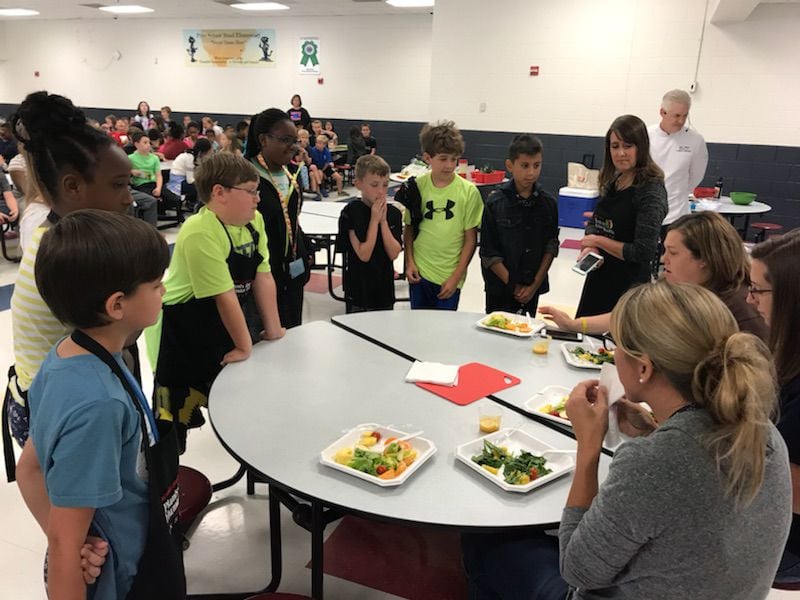 After the mini cooking challenge, students wait anxiously for their teachers to select a winner. 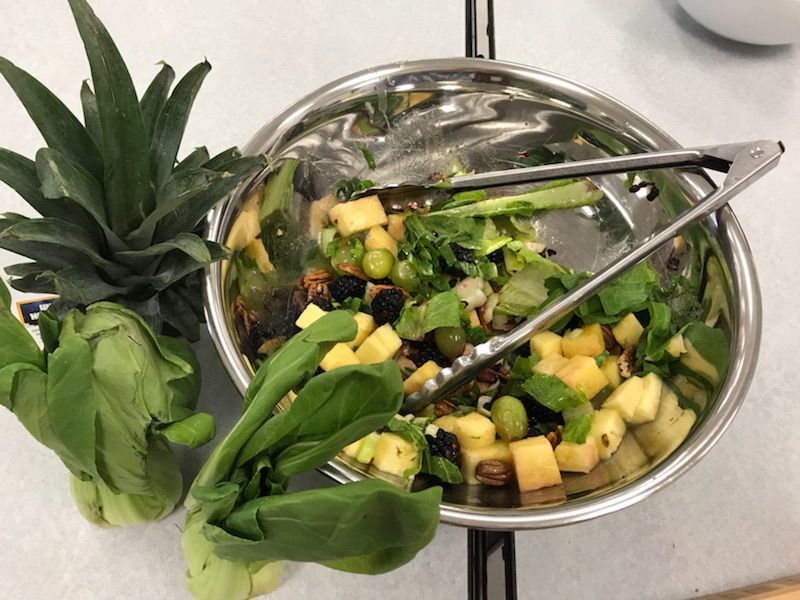 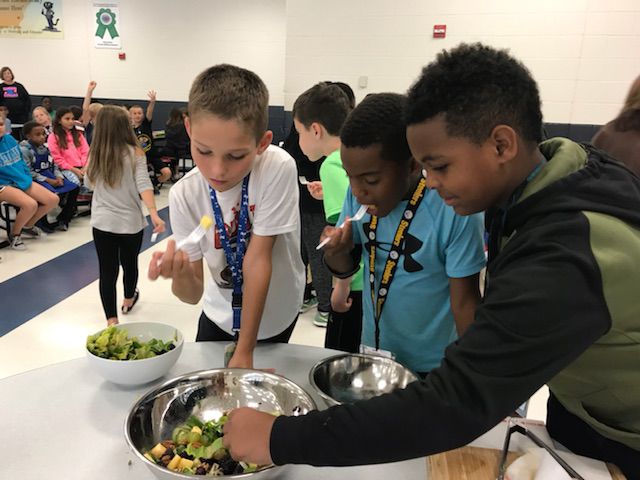 Pitts School Road students taste the salad which was made with lettuce from the school's garden. 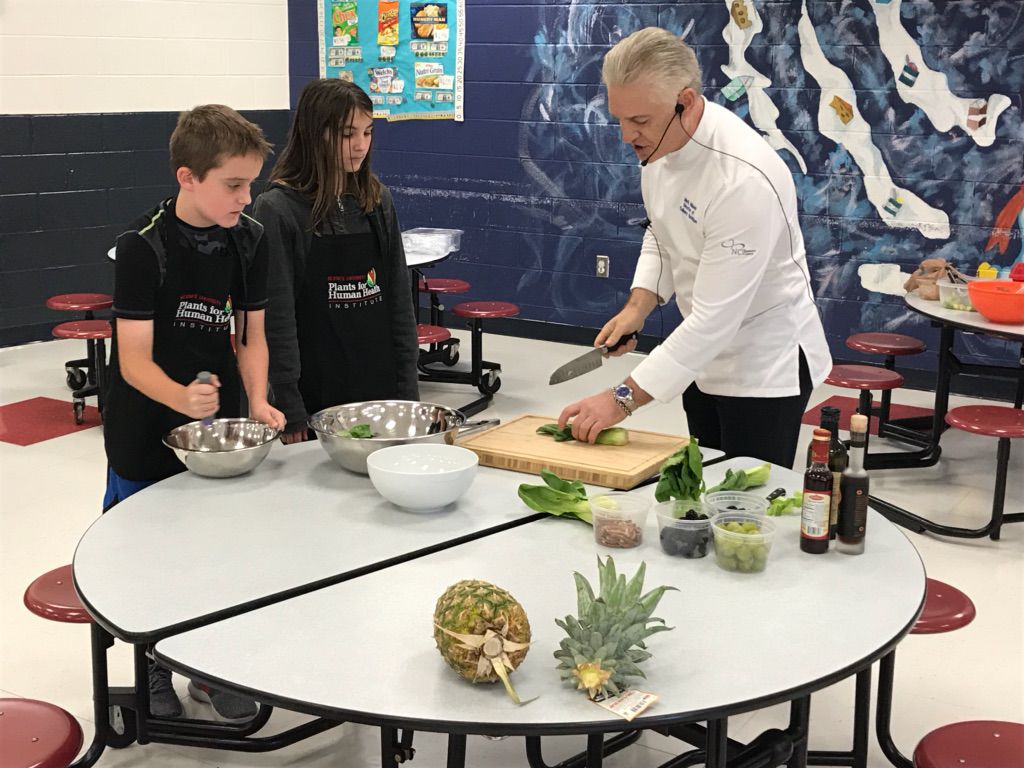 CONCORD- Hands flew up in the air when Chef Mark Allison asked Pitts School Road students if they wanted to taste his latest creation. But in what might come as a shock to many, it wasn’t a dessert or chicken the students wanted to taste; instead they were all fighting for a chance to taste a salad full of vegetables and fruit.

The gardens at Pitts School Road Elementary School were installed in August thanks to support from a PHHI grant secured by first-grade teacher Erika Currin. Part of the grant included continued professional development and classroom support to ensure that teachers in all grades are equipped to fully utilize the garden and enhance learning opportunities for students.

“They didn’t know what to expect because the whole garden thing is new. Some of them have never seen a fresh fruit in their life. They thought the food showed up at the grocery store,” fifth-grade teacher Elizabeth Wagner said. “So they’ve been very excited to go to the garden and water and see the plants sprout.”

When it was complete, each student was given a sample.

“It was really good. I liked how it had fruit, nuts and dressing because I like pretty much all food. I like to have a variety,” student Carter Crosby said. “It’s really awesome to be able to see a world-renowned chef like him. I think it’s really cool he’s coming here with this group and actually letting the kids get involved with the project.”

Then it came time for the mini cooking challenge where eight students who were selected by their teachers tried their hand at creating a tasty, nutritious recipe.

The students were separated into groups of four and given a mystery box of ingredients to use during the times competition.

When the competition was over, the students waited anxiously as their teachers tasted the food. But everyone’s hard work paid off as the teachers called it a tie.

“They get to see on TV all the chef shows, but here they are getting to see their classmates and taste what they’ve grown and see they can eat healthy and it tastes good,” Wagner said. “These kids will go home today and tell their parents, ‘I had a salad today’ or ‘I had raspberries for the first time.’ So they will pick it up at the grocery store and we’ve connected with one more cook.”

Plus, as Carter said, learning to cook at a young age can never be a bad thing.

“It will just help us in the future to know about cooking and about food,” Crosby said.

We all think turkey or ham for Christmas Day, which is traditional and so good, but who really thinks about dessert, other than apple pie, pum…

Dal or dahl is as common in India as roasted potatoes are in England or mac and cheese in America. The word means dried legume, as in lentil, …

Love, love, love vegetables, even more so with added texture. The best cooking methods for me, allow for texture and sweetness to be achieved …

I was classically trained in French cuisine many, many years ago as a young commis chef. I later became an executive chef at a French style re…

Apple pudding and apple cake are two very popular desserts in England, with the main ingredient being apples (you might have already guessed that?).

After the mini cooking challenge, students wait anxiously for their teachers to select a winner.

Pitts School Road students taste the salad which was made with lettuce from the school's garden.