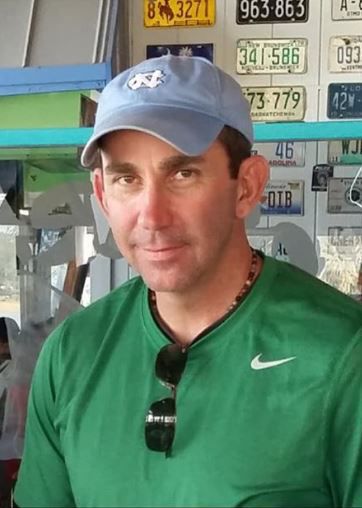 The Concord native, working for Medevac Alaska, died in a plane crash last weekend en route to a rescue mission.

Family members say the crew was headed to assist a woman who was having a difficult delivery of a baby.

The twin-engine Piper PA-31, carrying Cartner, another Medevac crew member and a Security Aviation pilot, caught fire before crashing alongside a mountain, according to officials.

“(Cartner) is an outstanding individual,” said Jim Fisher, who is Cartner’s brother-in-law. “Of course, he was flying Alaska Air Medevac so that sort of tells you he is the type of person who serves his fellow man and community. He was very highly thought of.”

It took rescue teams two days to access the site.

“I was looking at the weather online,” Fisher said. “At that time, they were talking about high winds in the area. It said winds from 40 to 60 mph, with gusts up to 100 mph.”

The family received the news about 1:30 a.m. Saturday.

The plane is large enough for only a couple of crew members, a pilot, a patient and a stretcher.

Fisher said Cartner has been a nurse in Alaska for more than a decade. He started out in Bethel, Alaska, and then was in Gnome, Alaska, where he joined Medevac

Most recently, he was based in Anchorage.

Cartner lived in Concord, but spent every other month on Medevac duty in Alaska. He spent 30 days on duty and then returned to Concord for 30 days.

He is survived by his wife, Xiaolin, and stepdaughter, Katie Cartner.

He is a Northwest Cabarrus High School and Appalachian State University graduate. He graduated from the Louise Harkey School of Nursing at Cabarrus College of Health Sciences.

Cartner is the youngest of four, with three sisters, Penny Fisher, Leanne Marshall and Nelda Croom.

His parents, Robert Cartner and Joann Cartner, died within the past four years.

Family members say funeral arrangements have not yet been made.

Medevac Alaska statement:“With the permission of the families and with a heavy heart, we can announce that RN Robert Cartner, and MICP Maddox Burts were lost in the accident.

I could go on for pages on what this team meant to both us as a company as well as co-workers and friends, but the simple truth is that these two gentleman made us better, better as a company, better as providers, and better as human beings.

We ask that your well wishes and prayers are with them and their families in the upcoming days and weeks.

In Memory of Team One.”

“We are devastated to learn the three people aboard our Piper Navajo are believed to have perished Friday near Cooper Landing at approximately 7:15 p.m. Our hearts go out to their families, friends and loved ones. We are working closely with the NTSB, the FAA, and other appropriate agencies as they conduct their investigation. At this time, our priority is assisting the affected families, and our staff. We have voluntarily implemented a safety stand down, suspending all operations until further notice. We are grateful for the first responders and volunteers assisting in the response, and will provide more information at the appropriate time.”