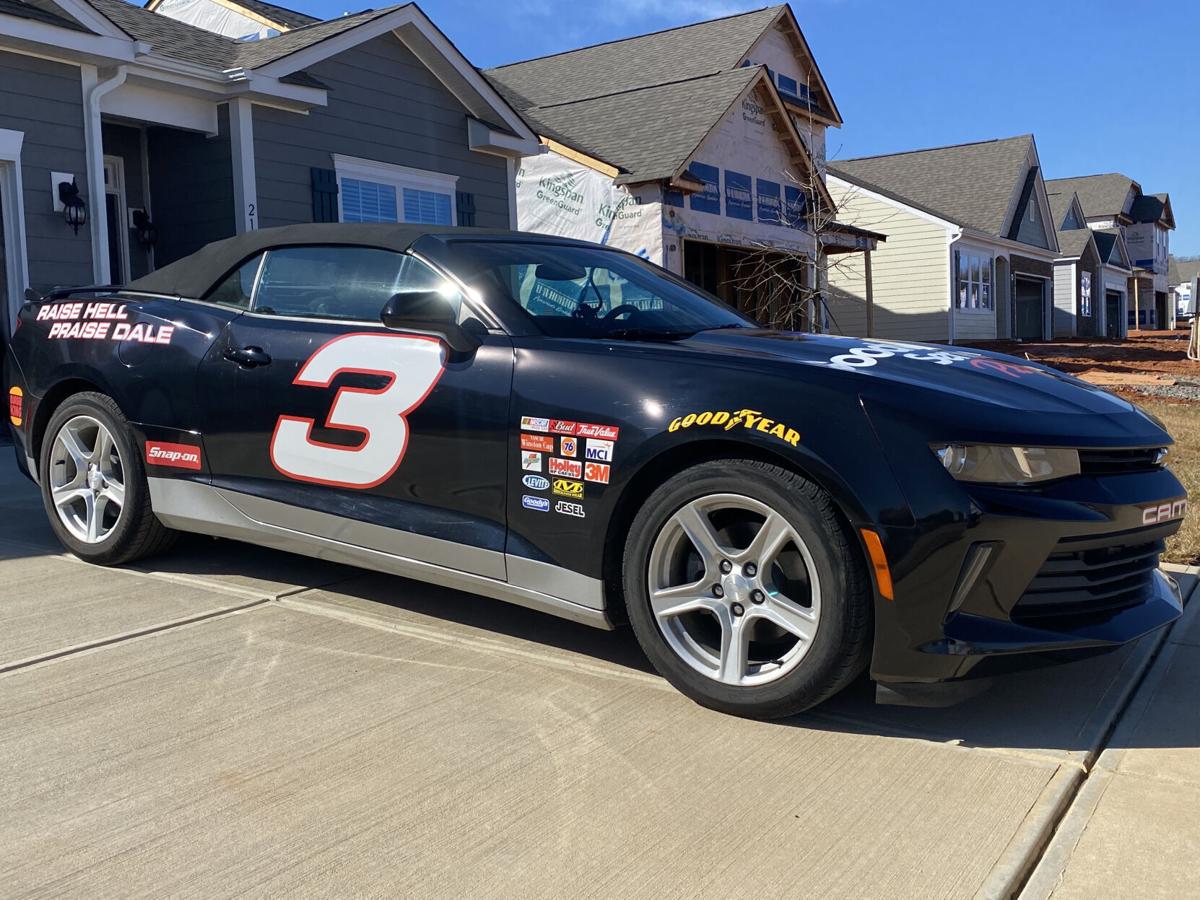 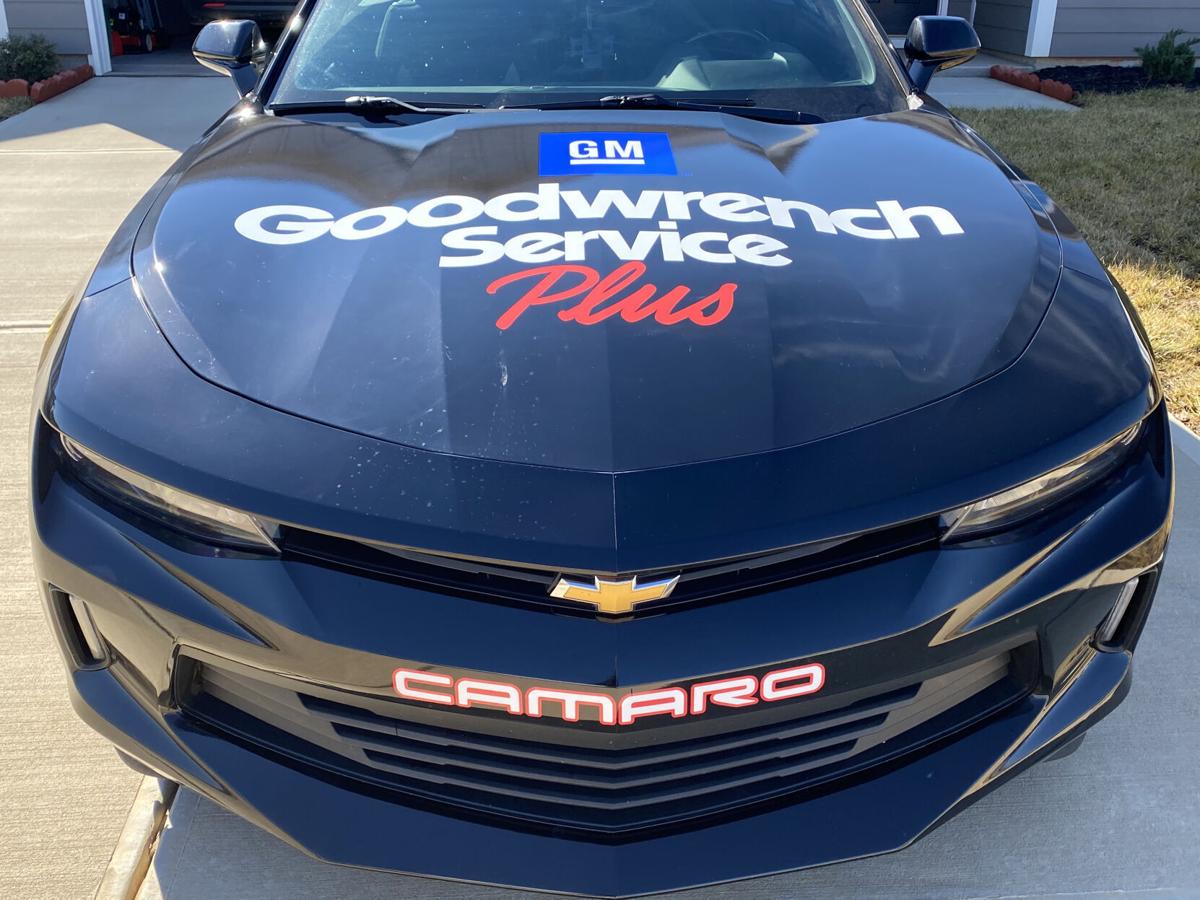 This car, belonging to James Yorks, is in tribute to the late Dale Earnhardt Sr. 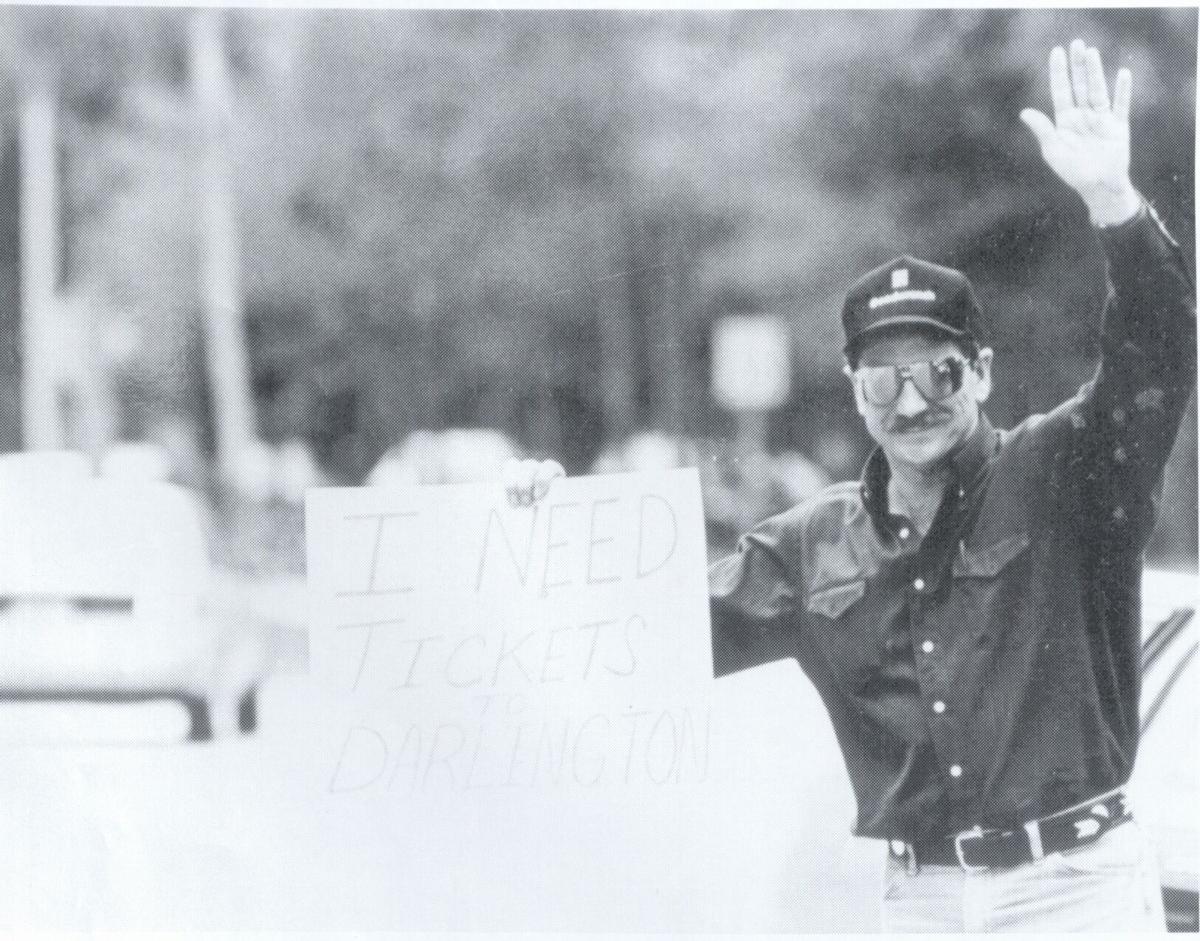 Dale Earnhardt Sr. shows his humorous side, holding a sign for tickets, in this undated photo. 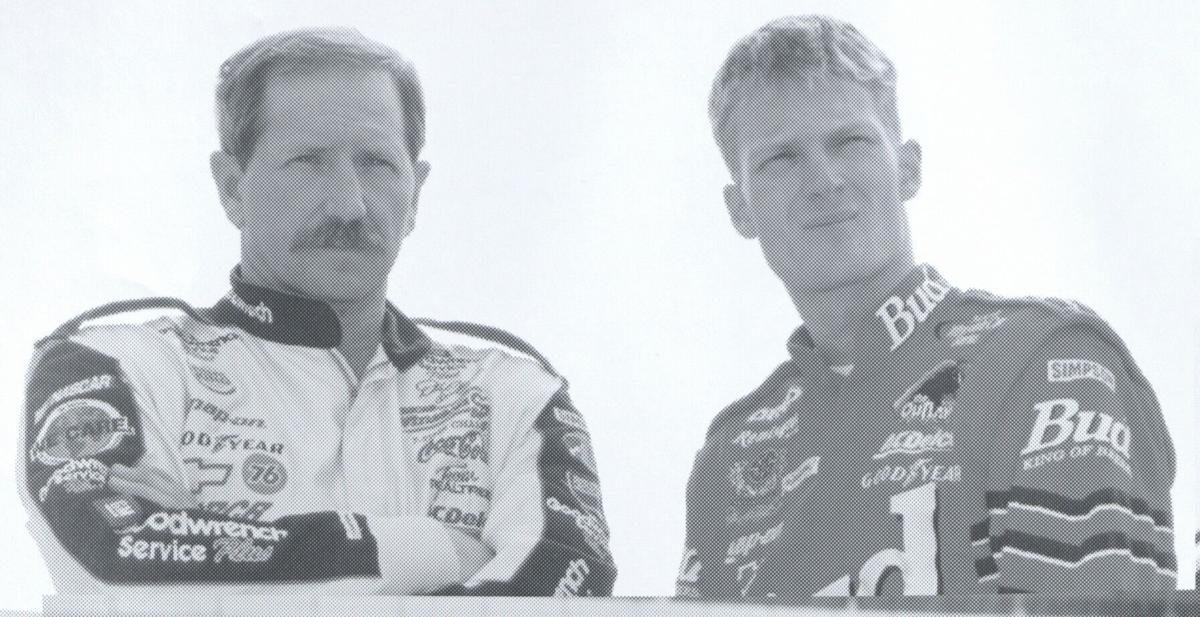 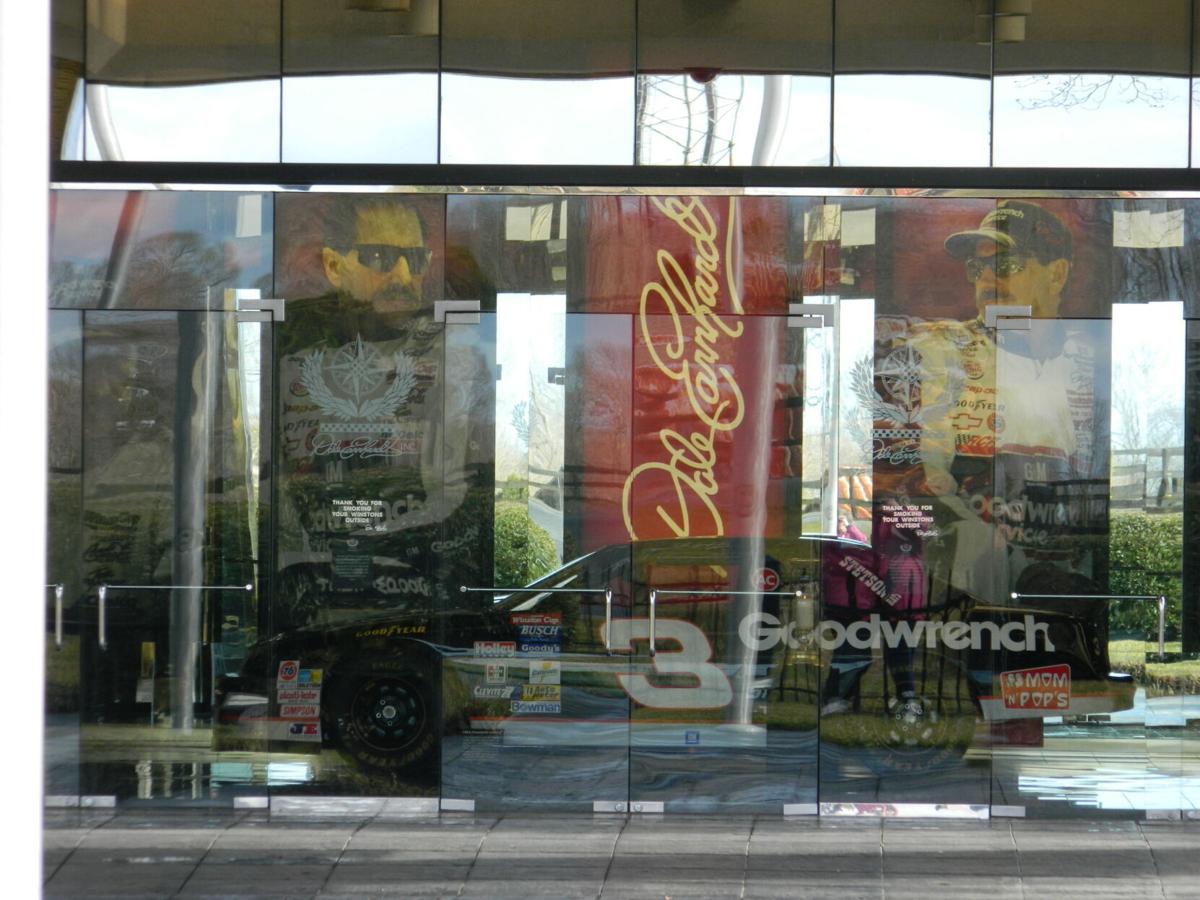 The number 3 Dale Earnhardt Sr. car sits inside the former headquarters for the racing legend on Coddle Creek Highway.

In the 20 years since his death on the last lap of the Daytona 500, NASCAR fans have debated Dale Earnhardt’s greatest impact on the sport.

The Kannapolis native's on-track accomplishments — seven championships and 76 victories — go a long way toward defining his legacy. And the argument persists that Earnhardt put his true stamp on NASCAR after his death, with the sport's increased emphasis on safety in the years to come.

Whatever his most enduring mark on racing, Earnhardt's still-loyal fanbase is evidence his legacy has not faded.

“It’s nice to know that Earnhardt is still remembered,” James Yorks said. “You still see people and talk to people about him, and it’s like Dale is still here — he’s just on vacation.”

Yorks, like many fans of that iconic black No. 3 car, still honors his fallen hero, by driving his very own black No. 3 every day.

Shortly after moving down to Mooresville, Yorks purchased a 2017 Chevrolet Camaro with the sole intention of customizing it as a tribute to Dale Earnhardt. Last November, that dream became a reality when he had the previously red Camaro wrapped in black to imitate the 1999 version of the GM Goodwrench car.

Of course, having a Chevrolet that mirrors the most recognizable car in the racing world is going to draw attention, but Yorks is consistently surprised by how much people are still drawn to his Camaro.

“The amount of attention I’ve gotten since doing it is beyond my expectation,” he said. “I can’t go anywhere without people honking or yelling and wanting to take pictures of the car.”

Since he transformed the Camaro, Yorks has taken it to many of the NASCAR landmarks in and around Mooresville, including the Days of Thunder Barn, the old Dale Earnhardt Inc. headquarters on N.C. 3, and tracks like Hickory Speedway and the long-defunct North Wilkesboro Speedway.

Yorks has also expressed interest to local short tracks about acting as the pace car for races this summer, as well taking part in a tribute ride on the 20th anniversary of Earnhardt’s death on Feb. 18.

The Intimidator Tribute Car is one piece of an ongoing tribute that NASCAR fans have paid to Earnhardt in the last 20 years. It's impossible to go to a NASCAR race anywhere across America without seeing that famous No. 3 emblazoned on flags, bumper stickers, T-shirts and tattoos.

“The fan base will always be there for Dale Sr.,” Yorks said.

York’s No.3 tribute car is his everyday ride, so there’s a good chance it can be seen driving around Mooresville on any given day, being honked at and photographed at every stop.

For more photos of Dale Earnhardt Sr., visit www.mooresvilletribune.com or on Facebook.

Victor Solomon blew away the judges with his version of "Glory," then sang a duet with John Legend.

In the span of three weeks, a Lenoir-Rhyne University junior lost both parents to COVID-19.

Guinness World Records has to certify the results, in which Navy corpsman Ben Katzman broke all kinds of personal records.

Suspects named in fatal NC shootout with deputy. Officer who was shot is recovering.

A suspect was shot and killed and a deputy was wounded during an early morning traffic stop in McDowell County, authorities said Monday.

Man with NC ties charged with human trafficking, forcing prostitution. He was on probation after similar charges in Randolph County.

MIAMI — A convicted pimp who formerly lived in North Carolina and his alleged accomplice are in custody, accused of grooming an 18-year-old fr…

Two children were killed in a fire that ravaged a home in southwest Hickory Saturday afternoon.

The Town of Mooresville and the Mooresville Police Department were held in contempt of court on Tuesday after failing to return nearly $17,000 after seizing the money during an investigation.

This car, belonging to James Yorks, is in tribute to the late Dale Earnhardt Sr.

Dale Earnhardt Sr. shows his humorous side, holding a sign for tickets, in this undated photo.

The number 3 Dale Earnhardt Sr. car sits inside the former headquarters for the racing legend on Coddle Creek Highway.