CONCORD – They used to be teammates, sharing the Friday night spotlight on opposite sides of the ball.

Now, at least for one day, they’re rivals, both trying to make their mark at college football’s highest level.

On Saturday, former Hickory Ridge High School stars Jarett Garner and Garrett Williams again will be on opposite sides of the ball, although this time they’ll be wearing different uniforms.

Garner’s winless Duke Blue Devils (0-4, 0-4) travel to New York to face Williams’ Syracuse Orange (1-2, 1-2) in a key Atlantic Coast Conference game in the Carrier Dome. Kickoff is set for 12:30 p.m., and the game will be broadcast on the YES network.

Garner and Williams were members of the most successful team in Ragin’ Bulls’ history, as the 2016 squad, then coached by Jason Seidel, reached the Class 3AA state semifinals while posting a 12-3 record. Both went on to become highly coveted recruits and remain some of the top recruits in school history.

The two former Ragin' Bull are playing well this season.

This season, Garner has caught five passes for 124 yards. He leads the Blue Devils in yards per catch at 24.8. He’s played in 10 career games, although this year is his first with a catch after suffering a torn ACL last season.

Williams ranks second on the Orange with 13 solo tackles. He’s also broken up a team-high three passes. Last season, he played in four games while redshirting, mostly on special teams.

Garner wears No. 24 for Duke, while Williams will be in jersey No. 14 for Syracuse.

HARRISBURG – Although it was mere hours before the biggest day of his football life, Jarett Garner didn’t have a problem sleeping on Tuesday night.

After starting as a quarterback, Williams finds his home on defense 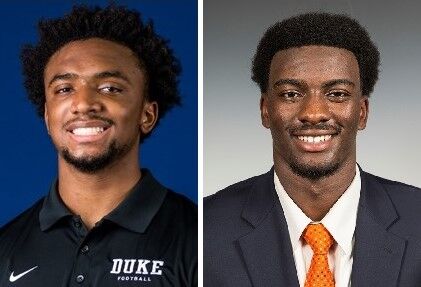 Former Hickory Ridge teammates Jarett Garner (left, now with Duke) and Garrett Williams (now with Syracuse) will face each other in a game Saturday. 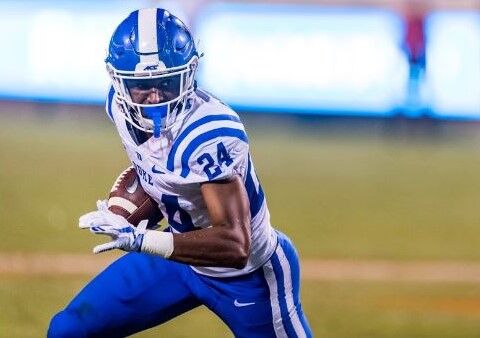 Jarett Garner makes a move for the Blue Devils. 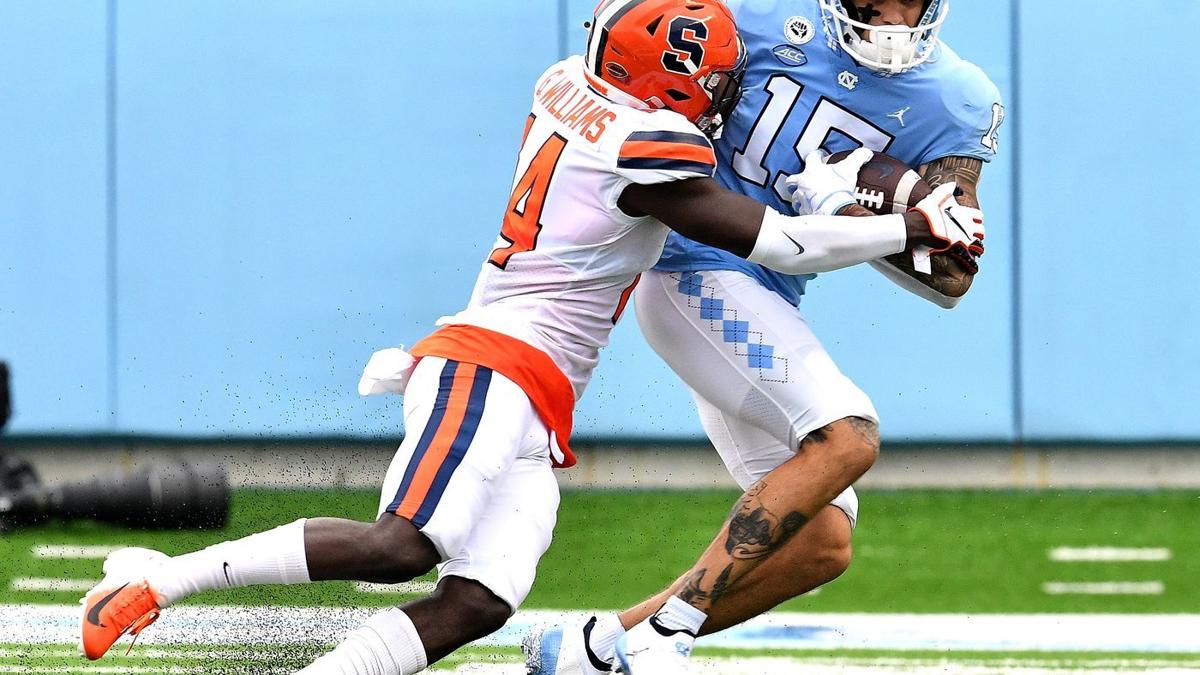